New York picked on Josh Wilson all quarter. His play was so poor, and his coverage so frustratingly loose, it's tough to tell if he was attempting to play zone or just clueless.

The Wilson train takes all passengers, but is nonstop until the end zone: One play really defines Wilson's quarter.

3rd and 9 from the Giants 26. The play after The Good Play. New York breaks 4 WR, Rb, SG. Seattle in a 3-3 nickel. My beloved 3-3 nickel. The action is on the left. Wilson is at second corner, or left CB, opposite Domenick Hixon. Deon Grant plays opposite slot receiver Amani Toomer. At the snap, Toomer runs a wheel route. For the uninitiated, that's horizontal towards the sideline and then up field. Hixon diagonals in on what becomes a squared in. Grant and Wilson, in part because they are playing off, avoid picking each other out of the play, and each retain coverage. Kind of. Grant is nails, picking up Toomer and running step for step with him down the sideline. Wilson fails, running a looping route over Grant, over Toomer and only sorta towards Hixon. Hixon is easily open after his cut, receives and suffers a vicious hit from behind by Wilson. The quality of coverage and vague dirtiness of the tackle is Brian Russell like.

The best explanation I have for Carlson's MIA is that New York matched a DB against him. That's the kind of luxury a big early lead engenders. New York played lots of nickel and dime, knowing Seattle had to pass. It's not too surprising to see a rookie tight end struggle against a DB. Seattle needs to not let the game get away from them, have a real threat of rushing the ball and Carlson's production will pick up again.

Justin Tuck creates pass rush problems for most guards, but Mike Wahle's pass blocking problems extend through the season. In the waning minutes of the second quarter, Wahle missed picking up a Mathias Kiwanuka stunt on a play that luckily resulted in a face mask penalty. The more likely outcome would have been a sack or incompletion.

New York punished Seattle's defensive right side, and it's clear from a personnel and production standpoint, that's a problem Seattle will suffer all season. Part of it is Seattle's second corner. Kelly Jennings is a zero in run support. Wilson is better, but a major drop off in coverage. Brian Russell is Brian Russell. Beyond those three, Seattle's rotation right side, Darryl Tapp and Howard Green,  get blown off the ball. Green Bay took advantage of this weakness last season and should do so again on Sunday.

Let's end with a favorite pastime of bloggers and know-it-alls (but I repeat myself): Blame the coach. This play call seemed especially ill conceived. 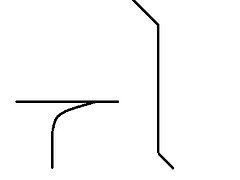 The Giants ignore McMullen, his shallow route and inability to run after the catch, and double and then triple Colbert. The no-chance pass sails incomplete. Der. I would call the Giants smart or well coached, but what defense in the NFL would bother with McMullen? 18 seconds left, a player without YAC threat, running a five yard route towards the sideline. That's a winner.