When Jim Zorn left Seattle, he exported Mike Holmgren's offense intact. That gives fans a chance to scout at a level not typically possible. Let's go.

Mad Man Clancy Pendgergast: Mad? Mad Genius? Pendgergast has achieved a bit of a cult following. Funny then that his defenses are consistently mediocre. That's part talent, but Rod Graves is known for letting his coaches run the show. Part of it might be that creativity, or more appropriately oddity, is often praised without consideration for quality. In the first quarter, Pendergast mostly contained himself. When he didn't, he fed his defense to the wolves.

Arizona's base defense was a 3-4. When facing 3+ receivers, they'd typically option into a peculiar 3-3. Three down linemen shifted offensive left. Three linebackers with the left nearly parallel to the defensive line, the middle middle-deep, and the left deep. Sort of like this. 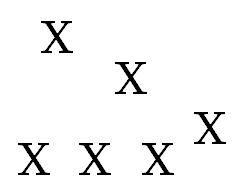 Wacky or wacked, that is.

Redskins split 3 WR, TE, Rb. The Cardinals in 2-4. Arizona's formation is mucho unbalanced, with five Cardinals, a lineman and four linebackers, offensive right or center-right. At the snap, Jason Campbell hands to Clinton Portis, Portis runs right, cuts left and trots into the end zone untouched. Inside linebacker Carlos Dansby is forced to control two gaps, and when Portis cuts against his blockers, Dansby is at a disadvantage he just can't recover from.

It's a weird play call and more mad than genius. A disciplined offense with a savvy cutback rusher exploited Pendergast's early gambit. Seattle must do likewise when Pendergast dials up the weird: Stay assignment correct, stick to the play and look for the flaw.

Levi Brown: Seattle doesn't have Patrick Kerney to depants Brown, but Darryl Tapp can pull the belt loops too if he gets the chance.

Brown is a powerful in-line blocker, just don't get outside his window. In their second showdown, Kerney lived outside his window, making Brown look foolish with effortless edge rush. The Cardinals have done their best to protect Brown, strapping a tight end to his side and hoping doubling his width will stop ends from circling him like flies. They've failed. On a team that's allowed just 16 sacks, Brown accounts for a staggering 7.5. I think that needs an exclamation point, like I'm shouting it at you in a growly Batman voice.

On a team that's allowed just 16 sacks, Brown accounts for a staggering 7.5!

In Kerney's absence, Tapp mans the left. Tapp is a better pure edge rusher than Kerney. He doesn't have Kerney's motor, or half his hand fighting skills, but off the line, around the ball carrier and inside, Tapp is a superior speed rusher to Kerney. What Tapp can't do is easily shed tight ends. Tapp and situational end Julian Peterson must maximize four wide receiver sets. Tapp must get the inside move working. Should he, Seattle might have the kind of game changing mismatch that helped Calvin Pace and the Jets bring out the worst in Kurt Warner.