For the Love of God, Do Not Hire Rod Marinelli as Seahawks Defensive Coordinator

Share All sharing options for: For the Love of God, Do Not Hire Rod Marinelli as Seahawks Defensive Coordinator

Rod Marinelli proved the good soldier to the bitter end. I haven't seen someone ride a bomb with such aplomb since Major Kong. So doing, Marinelli has avoided quarantine. Put his name on the short list for a six figure coordinator job without even a week to reflect on his historic failure.

Marinelli went from this:

In part because his stiff upper lip, but mostly because his partner in crime, Matt Millen, was once diagnosed with this: 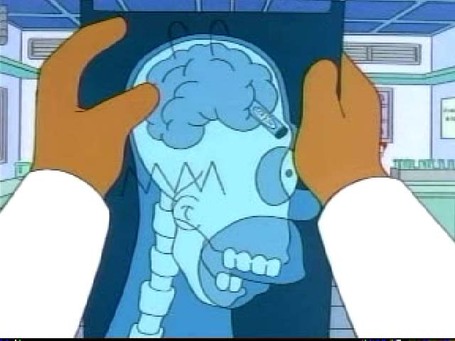 ...before finding room for the other 63. Marinelli is Hilary, spinning shame into gold one strained, implacable smile at a time. Nothing a future employer likes like solidarity and martyrdom while working under extreme incompetence. Ask the kissass ineffectual barricaded in his corner office, in your office building, belittling your ideas between the back nine with the boss. They could write a manual on rationalization, self blame and an ability to woo important opinion.

Is Marinelli the Teflon Don or the Gangster's wife? Millen's idea of roster construction was: if you stacked crap high enough you could fit a Lions helmet on top. And public perception of Marinelli is: he was asked to make the Madonna out of manure or, more appropriately, Brooks out of Boss Bailey. Marinelli's the victim here, right?

Except there's a hitch in this entire argument: Boss Bailey isn't that bad and neither was the defense Marinelli inherited. It was young: Eight players who started ten or more games in 2005 were 25 to 28. It was, if not talented, purportedly talented: Seven players who started ten or more games in 2005 were selected in the first three rounds of the NFL Draft. Those young, talented players didn't disappear from the league after leaving Detroit. Shaun Rogers became a top nose tackle in Cleveland. James Hall, now 31, just recorded 6.5 sacks with the hapless Rams. Bailey signed a five year deal with Denver, but was placed on injured reserve after week seven with a knee injury. Andre Goodman signed with Miami, started all of 2008, recorded five picks and played right corner for the Dolphin's 12th ranked pass defense. Dre' Bly was traded to Denver and started 16 games for the Broncos horrawful pass defense. He has seven picks over two seasons and is considered a good if overrated corner despite the superfund site he calls "work". RW McQuarters signed with the Giants and played in 16 games for their Super Bowl champion 2007 team. He's far from good, but as a nickelback, the Giants were good against his presumed assignment, slot receivers (-21.3% DVOA). Terrence Holt started a season for the below average pass defense of the 2007 Arizona Cardinals before failing to find a home on the Panthers, Bears and Saints.

That's not a top collection of talent and few succeeded after seceding from Detroit, but, then, would you hire a Lion? It's talent, mostly starting caliber, and all better than their counterpart in Detroit.

In their first season under Marinelli, the Lions defense declined. A 17th ranked team hidden by a hard schedule, sagged to 23rd (by DVOA) in 2006. Marinelli failed to turn first round pick Ernie Sims and second round pick Daniel Bullocks into quality players. The Snake Charmer, Sims, was selected 9th overall and despite being a one man tackling machine for Detroit, recorded almost no impact tackles. Sims has in three seasons, fewer sacks, interceptions, passes defensed, touchdowns and tackles for a loss than Lofa Tatupu had his rookie season.

The second season saw more costly talent fail to improve a below average unit. Second round picks defensive end Ikaika Alama-Francis and free safety Gerald Alexander have combined for 19 starts over two seasons. 16 of which came from Alexander replacing an injured Bullocks in 2007. When Bullocks returned in 2008, Alexander joined Alama-Francis as talent unfit to start for the worst defense in modern history.

In his third season, Marinell's John Waters-like masterpiece debuted. It was simply divine. His poor eye for talent, inability to develop talent, and unwavering commitment to recreate the great Tampa defense he had some subordinate, unquantifiable role in creating led to Detroit shipping out its best defensive player, Shaun Rogers, signing man cover corner Leigh Bodden to play zone and investing in another fullback sized linebacker, Jordon Dizon. Dizon held until almost August before being a non-factor, non-starter for a nominal NFL defense.

We've done this one before. Marinelli acts classy behind a mike. Once upon a time he barked orders at an insanely talented defensive line. Maybe Tim Ruskell will give him a chance to do that again. He certainly has a hell of a résumé as a defensive line coach. It's not that I'm sure he can't be a good defensive coordinator, it's only that I have no evidence that he can. His time in Detroit was a failure. He shipped out good talent, hand selected busts and railroaded a Tampa 2 into the Motor City with Pinto-like results. He would no doubt attempt the same to the similarly incongruous Seahawks roster. I've defended Tim Ruskell for what I considered good process with sometimes bad results. Hiring Marinelli to run Seattle's defense would not only be bad process, it would almost certainly produce franchise crippling results.