I anticipated Seattle signing Greg Knapp so I recorded tape of the Raiders. I have not yet watched most of that tape. This is not meant to be a comprehensive look at Knapp the play caller, that will come later, but rather a play by play look at Knapp's playbook.

This one stuck out early for me, because it's the first play I saw that I could surely say I'd never see Mike Holmgren run. The first of many. 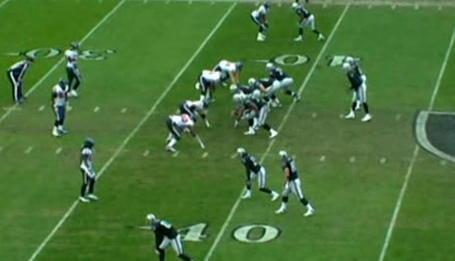 Three things that jump out at me right away are: 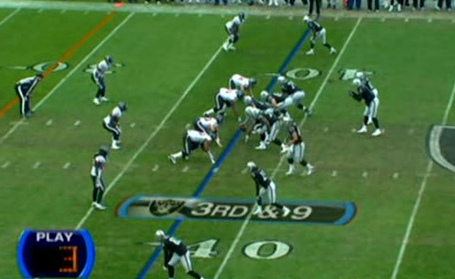 Miller motions in. This make the formation less risky and more balanced. You might notice both tackles are semi-upright. That's not something we see too much in Hawk land. 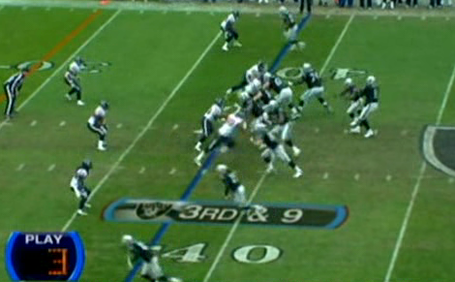 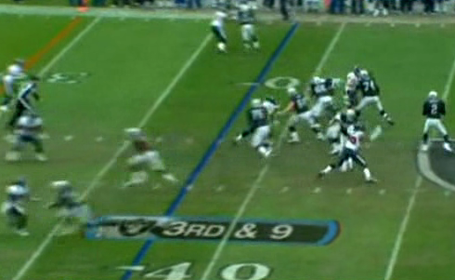 Wide Receivers and Miller clear, each running deep except Johnnie Lee Higgins who runs a quick out. When I say "clear" I mean decoy the linebackers and defensive backs away from the play. 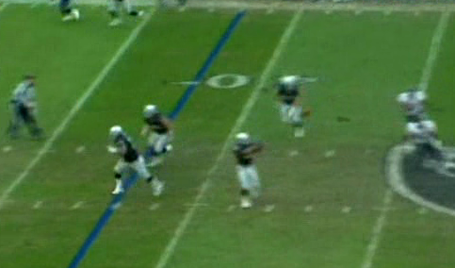 The three interior linemen pull, Darren McFadden runs something between a cross and a hook and JaMarcus Russell targets him for ten and the first. The only lineman who successfully gets out in front of McFadden is Robert Gallery.

The execution isn't phenomenal, but it's a good play call. It's also not a play call Seattle fans or Matt Hasselbeck is real used to seeing. That's good and that's bad.