Building a Playbook to Beat the Cardinals: Exing the Defensive Backs

Share All sharing options for: Building a Playbook to Beat the Cardinals: Exing the Defensive Backs

Designing a run that works would be a huge boost for Seattle's offense. What it needs is a functioning pass attack. Matt Hasselbeck has been limited in practice with a shoulder injury. I will extrapolate that Seattle will emphasize the short passing attack like it did against Detroit. Hasselbeck can't sit back and wait for the pass rush to peter out like he did against the Lions. Seattle must have a comprehensive short passing game that can carry them throughout the contest.

Let's start with something simple. This is not an entire play, but an adaptation of two plays Seattle ran from a hurry-up offense. Seattle set three wide with Deion Branch and John Carlson on the right at wide receiver and tight end, respectively. I set Seattle in a formation I prefer. Justin Griffith is likely substituted for Owen Schmitt, but that isn't too important.

This the pre-snap look. The corners are off and Adrian Wilson is again walked up. T.J. Houshmandzadeh is the left wide receiver, but playing in the slot. On the right, Seattle has teamed Branch with Justin Forsett. First I will show a typical play for Arizona and then I will show how Seattle can use a route combination on the right to produce yards. 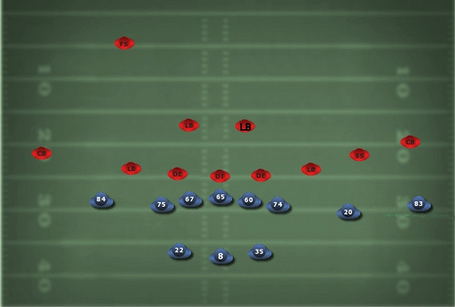 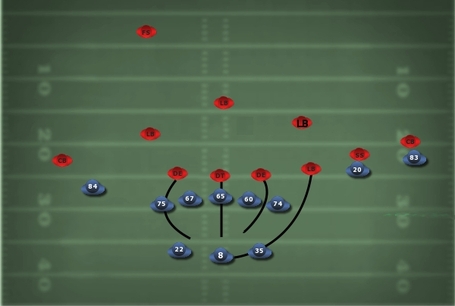 Despite playing back, the Cardinals corners are in man coverage. They don't want Seattle to cross routes and lose them, so they are playing off, but that can be exploited too. Arizona is running a standard pressure package with the left outside linebacker edge-rushing to attack Ray Willis. The linebackers roll left and into position to defend the pass or run. Wilson and the two corners are running towards their men. Antrel Rolle is in deep cover over top.

Branch is running a slant and go. He has two target points, the slant, the primary target point, and the go, which we can only hope Hasselbeck can target. Arizona is going to match Dominique Rodgers-Cromartie against Branch. Branch has a few steps on Forsett, both because he accelerates faster than Forsett and moreover because he starts the snap on the line of scrimmage. Forsett is recessed.

Forsett is running a quick out into the right flat. Ideally, Branch clears and Forsett is isolated or alone on the right. We want him to receive and then run after the catch. 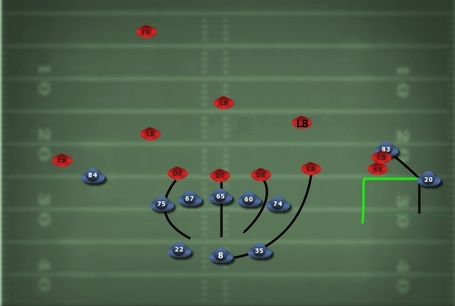 The routes work by exing up the defensive backs and creating a momentary separation. Cromartie may attempt inside cover to stop Branch. In that case, Cromartie accidentally picks out Wilson and allows Forsett to come free in the right flat. 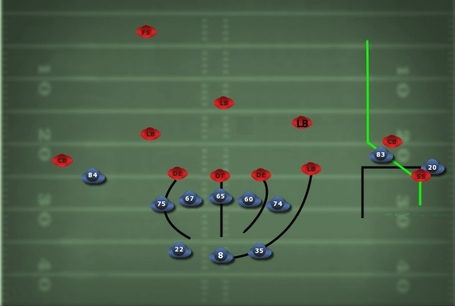 This time Cromartie plays back and Forsett will clear Wilson from the pass lane and allow Branch to slant in. Hasselbeck hits Branch in stride and Cromartie closes and attempts to tackle over top.

This is a low-risk, low-reward route combination, but Seattle was able to execute similar patterns against Detroit to drive down the field at the end of the second quarter. Hasselbeck runs a three step drop, looks right and finds the open man.