I wonder where Chris Spencer would be drafted in this center class. Second round-second day? Tim Ruskell's first ever draft pick as Seattle's GM defies many of his typical criteria. He only started one full season at center. He was considered extremely raw. He wasn't a standout until his senior season. And his best asset was his strength and athleticism. Scouts opined Spencer would need time to adjust to the NFL, but should he; he could be an All-Pro center. It's been three years, two starting, and Spencer has taken time to adjust, but there's not proof he'll ever be an All-Pro.

Spencer ended the 2008 season on injured reserve. He enters 2009 an impending free agent. A 25th overall pick, Spencer has never cost even two million against the cap. He will cost double that in free agency. Spencer finally showed some life in 2008. He can still be great if injuries haven't taken the edge off his power and athleticism, but the time to prove that in Seattle blue is ending.

Steve Vallos substituted in Spencer's place and put on a clinic. 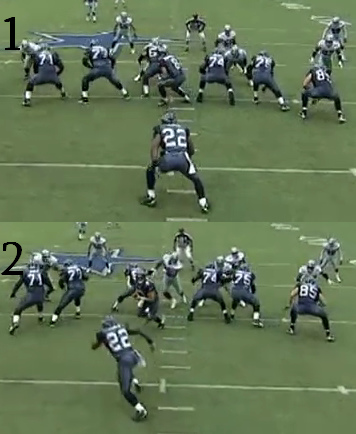 Matt Hasselbeck was in stitches.

Vallos should be what a zone blocking center needs to be, smart and agile enough, but it took one nose guard of ability to prove that even the most undemanding position has demands. Vallos is already 25, but so insanely cheap that he's in the mix. With one center an injury risk and approaching free agency and the other too weak for the Arena League, center talent should be added. Given Seattle's team needs and the good chance Spencer fulfills his promise, Seattle should bag a handful of non-drafted free agents and stash the best on the practice squad. It's a good draft to do so. Strong top end talent and good depth should force a few decent picks down.

Here's a few prospects to keep an eye on: