Share All sharing options for: The Tape: Swift Justice 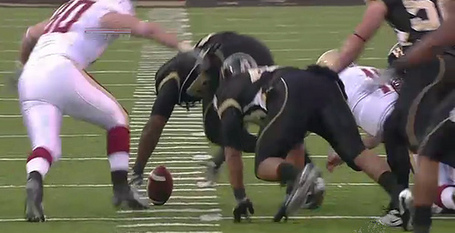 Boston College's drive ended with an Aaron Curry fumble recovery that reminds us that recovering fumbles may not be repeatable, but it's certainly a skill.