Watch for this play. It should be run often and it is very important to a successful Seahawks rushing attack. Stretch plays are neither inside nor outside. The offense stretches the play outside, but the hole is binary. The stretch will become a make or break play for Seattle, because it is a fundamental part of their running game and therefore a fundamental part of their offense. On three wide receiver, tight end, running back sets, John Carlson is most likely to be aligned on the right. There he protects Ray Willis against edge rushers and starts from Matt Hasselbeck's visible side. That allows him to disguise himself. He could be a blocker, receiver or both.

For the sake of clarity, we will omit the wide receivers.

This is a version of a stretch right. Seattle used it in the preseason. The stretch right is about timing and sequencing. The first motion occurs during the drop back. To keep everything organized, all routes will be shown in white. 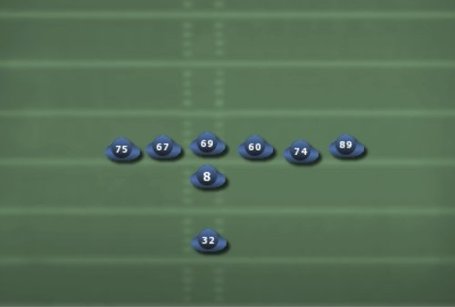 Like many running plays, the stretch play overloads one side. The premise is that the running back can outrun the unblocked defenders and that frees, in this case, the left guard and tackle to pull right. The center to tight end work collaboratively to pull the defensive interior and defensive left to the right.

The quarterback no longer matters, so we'll excuse him. Sean Locklear is the first to the second level. He wants to seal off backside pursuit. Typically that involves an inside linebacker, middle linebacker or safety. 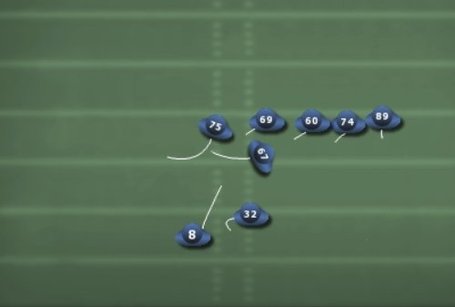 Simultaneously, John Carlson pulls out and seals the left outside linebacker. He is replaced by Rob Sims. At this point, much of the action of a stretch block is over. You hope to have accomplished three basic tasks.

1. The offensive right has stretched the defense right and gotten push.

2. The left tackle has pulled into the second level and blocked the inside linebacker.

3. The tight end has pulled into the second level and blocked the left outside linebacker. 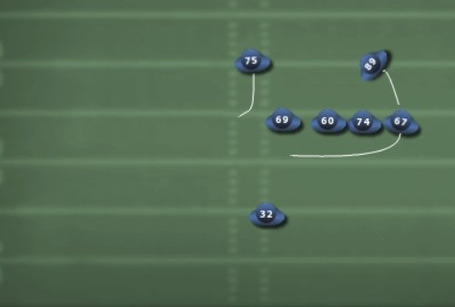 The running back has two options. He can follow the action right. That means he believes the left guard has pulled and created a short edge, the left tackle has slowed backside pursuit and, hopefully, the tight end has blocked the right outside linebacker. 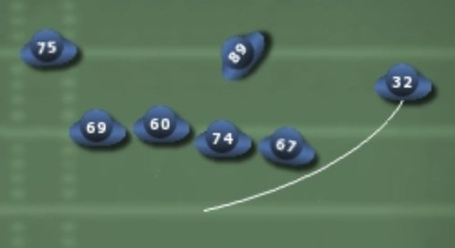 If instead the cutback lane is opening, he can cut left and run up the middle or towards the left sideline. For this to work, the center and right guard must control the nose tackle and left end, or the two defensive tackles. The left tackle must have effectively blocked into the second level or the linebacker or linebackers have overpursued offensive right. The tight end is then responsible for stopping backside pursuit, but if he doesn't, a fast running back is often still able to run away from the left outside linebacker. 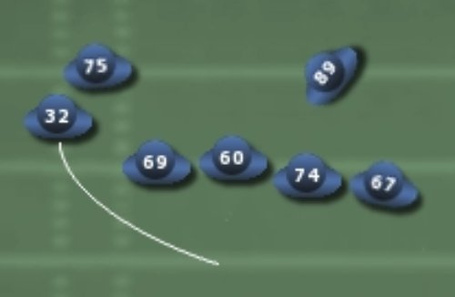 This decision is the "one cut" so often spoke of. The rusher must pick his hole, cut into it and go. The play is designed to create consistent positive yards, without the complexity or lengthy setup involved in many man-blocking systems. For it to work, the back must be decisive and smart, the linemen athletic enough to move in space, and skilled enough to engage a defender on the move, and the interior "stretch" portion of the play strong enough to shift the line and practiced enough to control their gaps.

Defenses can combat the stretch with linebackers that can rip through the lead block or linemen that can attack gaps and cut through the initial stretch.