Knapp's Offense: Speed on the outside to free the middle

Share All sharing options for: Knapp's Offense: Speed on the outside to free the middle

Seattle has speed on the outside and power in the interior. Deon Butler and Deion Branch are split wide, with Branch in the right flat and Butler playing closer to the left slot. John Carlson is aligned right. 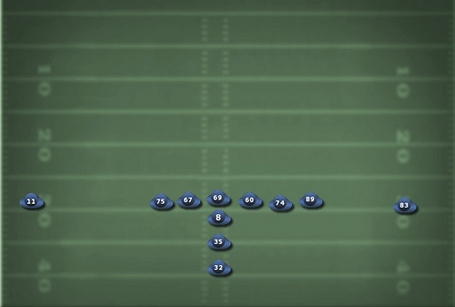 Matt Hasselbeck runs a play-action fake to Edgerrin James. Owen Schmitt hits the pile, blocks briefly, stumbles and then releases to the right. James follows Schmitt and assumes his blocking duties when Schmitt pulls out to receive. Branch and Butler are streaking deep. Butler angles in to get free, but Branch, playing flanker, has a free release. 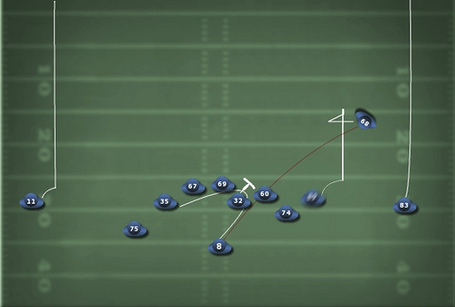 Carlson swims the inside linebacker (Andra Davis) and then runs straight. He hooks in, but then fades out to avoid the recovering Davis. Davis overruns Carlson and into the deep middle of the field. Hasselbeck double clutches, finds Carlson, Carlson turns and runs for 11 and the first.

Essential Details: Seattle puts speed on the outside to clear the middle.

Schmitt blocks in the interior and then releases into a route.

Carlson adjusts his route to the defender.

Hasselbeck double clutches, but wisely, allowing Carlson to get free and Davis to overrun his route.

Denver attempts to isolate Sean Locklear by overloading the right. It works, and Locklear is on an island on the left.