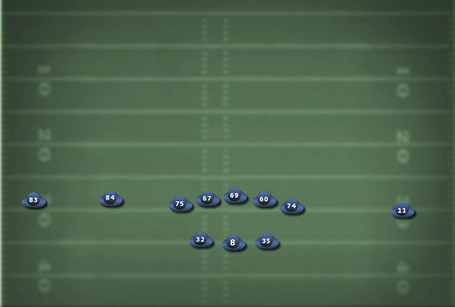 Seattle again puts speed on the outside but the target receiver towards the middle. Deon Butler is right. Deion Branch is outside left and T.J. Houshmandzadeh is in the left slot. T.J. Duckett and Owen Schmitt are respectively left and right of Matt Hasselbeck. Hasselbeck is in the shotgun. 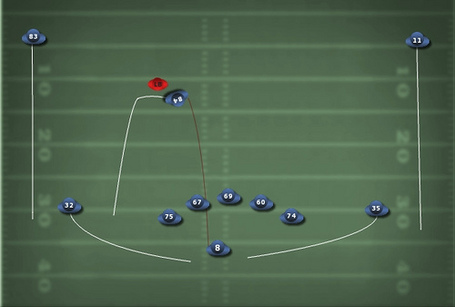 Branch and Butler streak deep. Schmitt and Duckett curl into the flats. Houshmandzadeh challenges Davis and then curls opposite Sean Locklear. The line holds. Hasselbeck reads, double clutches and finds Houshmandzadeh on his inside shoulder for six.

Essential details: Speed on the outside possession on the inside.

Backs running routes that could convert to blocking in case of a blitz.

Tackler Davis hovers over Houshmandzadeh prior to the pass.

Hasselbeck passes to Housh's inside shoulder, away from Davis.