The Seahawks ran a fake end around pass through Deion Branch and to Deon Butler. It didn't work and doesn't need to be broken down. The play functioned, but Branch's pass was poor.

Elvis Dumervil is awarded the tackle for first contact, but T.J. Duckett was running through Dumervil's arm tackle. The real tackler was D.J. Williams. Williams was free because of a blown block by John Carlson. 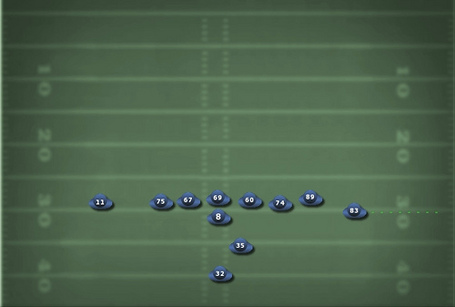 Branch motions tight before the snap. Butler and Branch are blocking, but neither seriously block. Seattle's right offensive line, from Chris Spencer to Ray Willis, is pulling right and powering forward. Sean Locklear is alone on the left. Rob Sims pulls underneath and blocks the outside edge vacated by Carlson. He is joined by Owen Schmitt. Carlson pulls to the second level and attempts to block Williams. Duckett picks the proper hole, hits it with force, continues through Dumervil's arm tackle and collides with Williams after four. 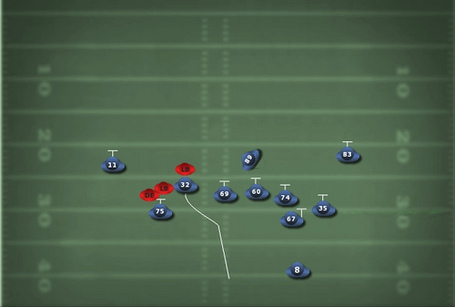 Essential details: Duckett picks the right hole and hits it with power.

Locklear holds grounds and ties up the right defensive end and the right outside linebacker (Dumervil).

Seattle again gets good movement out of its right offensive line.

Carlson hesitates to engage and does not block, tie up or even delay Williams.