Andrews is no stone wall, but he benefits quite a bit from being enormous. He doesn't get bull rushed back too often. Instead defenders separate and gap him left or right. That isn't good either of course but compare his pass blocking to, say, Max Unger. One kills you in spurts (Andrews). The other is a continual weakness (Unger). Unger wasn't beat that often, but man did that guy ever live in his own backfield.

Remember how Alex Gibbs unexpectedly retired a week before the start of the regular season? How that same day it was announced that Seattle had traded for Stacy Andrews? And how deductively there was nothing to prove it was anything but a coincidence but inductively it seemed fishy?

Well Andrews is not a through-and-through bad run-blocking guard. He's big. He's powerful as hell. And he moves surprisingly well. But the guy's not a technician and he's nowhere near quick enough to be an effective zone blocking lineman--at least not in pretty damn pure ZBS. 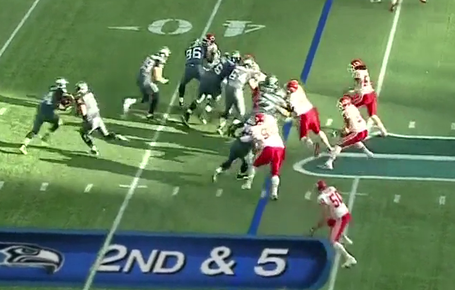 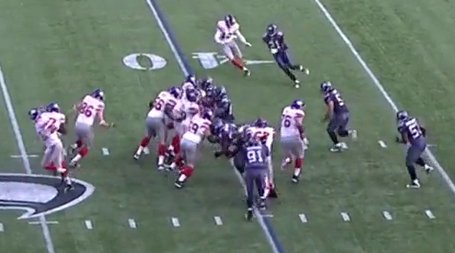 but I wouldn't count on it.

*My money's on excellence in gritbagitude.