Share All sharing options for: Seahawks on the Precipice: Charlie Whitehurst, Part II

Continuing this look at Charlie Whitehurst, we'll discuss some more of the Rams game and Charlie's performance in this system.

The problem with Whitehurst in the offense as it played against the Rams is that defenses do not respect the run enough, and while the Rams played pretty poor defense often enough (like on the 13-yard catch by Obomanu I mentioned in the last piece) not every team will be as forgiving. It gives defenses the freedom to blitz or throw a lot of coverage on the wide receivers, and Charlie doesn't respond to either situation well. If his first read isn't there I rarely see him even bother with a second read, and that won't win games. As for the blitz, well, our Oline wasn't playing particularly well, but Whitehurst's game here would make a good case study for how much a QB impacts Oline play.

Whitehurst scrambled a lot, often avoiding sacks or turning them into minimal gains, but his pocket presence is extremely poor. A good example comes from a 2nd and 15 on the Rams 49, with Whitehurst in the shotgun, splitback formation. The Rams rush only four, the running backs go wide and three passing options go deep. The protection isn't great as the sides of the offensive line is forced back in a heartbeat, but there's a clear opportunity to step into the pocket and buy time for the receivers to develop their routes. Charlie doesn't, instead caving to the pressure and dumping off to Leon Washington (who gets 6 yards out of it). Then take this situation, 3rd and 8 on the Rams 13, Whitehurst ends up scrambling to his right and throwing it out of bounds: 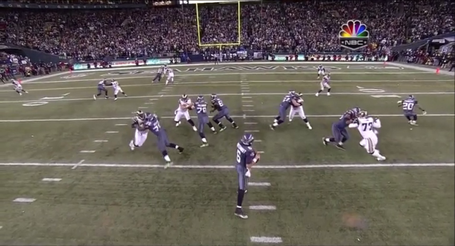 What the hell you doin' Cholly? The defense is actively screwing up here. With only 8 yards to go and no one watching the hole in the middle except that one safety deep to the right, Charlie could have tried scrambling for the first. Certainly a better option than bootlegging right. Looking to his left would also have been an interesting addition to his arsenal, but he never does. Here we have it in a nutshell. Charlie does not lack talent or physical skills, but he often plays like he doesn't really know the game. If he were a rookie, that'd be acceptable if worrisome. He's not, he's 28 years old. Developmental projects don't usually come in 28 year old packages.

Worst-case scenario: There's two worst-case scenarios. Either Charlie starts and is so terrible he's benched for an option that looks little better (like Tarvaris Jackson), or he doesn't start at all and walks at the end of his contract, one 3rd round pick and 8 million dollars gone up in smoke. 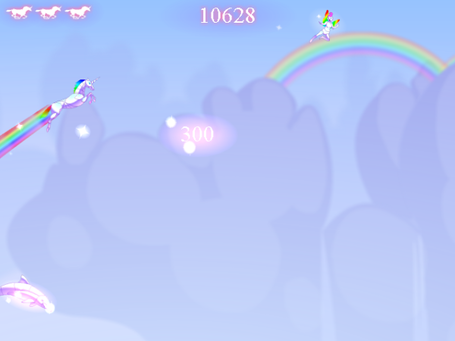 In all seriousness, it's not impossible to envision a best-case scenario. It requires something to click in Whitehurst to get up to game speed. That's always hard to predict, but the reason to be pessimistic about it is his age, with a lot of time spent learning in a good system with the Chargers and playing a fair amount of snaps with the Seahawks, and still no immediately visible click. If he does get it, he'll bring some exciting game as an athletic QB with a decent arm. Not necessarily a franchise QB, but not someone who holds the team back either.

My take: The Whitehurst question is very dependent on the offensive situation. We know PC values taking care of the ball and Whitehurst has shown he can do that. We know Schneider hand-picked him from the Chargers and was willing to give up quite a lot. We also know he was a good fit for Bates' offense, but is that true for Bevell as well? That's harder to tell. It's not immediately clear how much the coaching change will impact the offensive system. The OC's role for the Seahawks seems to be to execute PC's run-first control-the-ball vision, for which reason we teamed up Tom Cable with Bevell. Are we to assume Bevell will bring in a more straight-laced WCO, without all the rollouts and spreading the field? A lot of people who argue for bringing in Kevin Kolb would probably say so. I'm not so sure the gap will be that big, since Bevell worked with - an reportedly liked - a QB with similar mobility in Tarvaris Jackson and should at least be capable of finding a way to use Whitehurst's strengths. In a lockout period with little real news on the topic, it's hard to tell. This makes it hard to determine Whitehurst's status as starter (which right now he is, just as much as Unger is starting on Center) as well as his progress, which is hard to gauge with the limited time we got to see him play.

There's a lot of rumors going around while nothing is actually happening, and different people have different favorites for starting QB. Some want Vince Young, some Carson Palmer, some Matt Hasselbeck, some Kevin Kolb. Despite the fact that he's the only QB on our roster right now, very few seem to be willing to face up to the fact that Charlie Whitehurst might well be our starter going into next season. Some pundits seem to believe PC and Schneider are done with the Whitehurst experiment, but considering what we invested in him, what he showed (in limited quantities) and question marks surrounding superior options, that seems rather presumptuous. Danny did a great writeup on our QB situation which highlights something I feel pretty strongly about. We're a rebuilding team, we can not afford to invest high picks in injury-aged players like Carson Palmer or limited-upside players like Kevin Kolb. I'm mostly on board with this front office, but this is the one thing that keeps bugging me. Is PC willing to really commit to the rebuild or does he remain obsessed with winning forever?

I don't know if Whitehurst is the first option for next season, but I would prefer seeing him start to seeing Hasselbeck start. Hasselbeck's not our future anymore, we need to burn that bridge, if only for therapeutic reasons. There's not a big  chance Whitehurst is our future, but he will make a better and cheaper candidate for a bridge QB than Hasselbeck. Palmer would also be a good candidate presuming we get him cheap. I've always liked Carson as a player and would enjoy seeing him play as a Seahawk, but I would still hate to see the team give up anything higher than a 3rd for his services. That's just shooting your own rebuild in the foot.

If Whitehurst is our starter, what we need more than anything to win games is for our OC/OL coaches to implement PC's vision well. We need a strong Oline and running game, as well as creative plays to take the pressure off Whitehurst. Take for instance Brad Smith in New York, whose 45 run/catch attempts are supplemented by 16 wildcard snaps and 1 QB snap (Football Outsiders charting). The Colts wild card game showed Smith's presence is instrumental for Sanchez to play at an acceptable level. LaDanian Tomlinson and his 52 receptions are similarly important. We would need to build a system like that, in which all Whitehurst or a similarly limited QB (with or without upside) needs to do is make fairly simple passes, scramble and not turn over the ball. It won't be a ton of fun to watch, since conservative offenses tend to be poor offenses, and it certainly won't beat the league's better defenses (and we play a few very good ones). But it could work, and you could see Whitehurst with typical game manager numbers, 2500 or so yards with a low YPA, up to 20 TDs, and hopefully around 10 or so interceptions. More turnovers wouldn't be surprising, but they'd certainly make him less ideal for the role of transition QB, certainly from PC's perspective. That is pegging Whitehurst as a typical fringe guy in a good system. A good backup and a decent enough starter, which is kind of what you need out of a bridge guy.

Ideally, every franchise wants a franchise QB, but there's not a shot at a franchise guy available to every FO. I kind of like that our FO recognized there weren't a lot of great prospects and didn't reach on a QB like a handful of teams did this last draft. Instead, they're focused on building a system in which a limited guy can look pretty good, and a system that would also be welcoming to a young, promising QB to transition into the NFL when we get said guy. For now, Whitehurst should be a pretty good fit as a game managing QB with occasional splashy plays.