Man, yesterday evening sure got crazy on us, didn't it? Well... no it didn't. The owners voted through a CBA as they said they would. The players had never promised to vote it through the same evening. They have the right and feel the need to go over this contract by themselves before signing off. Is that weird? Is it unexpected? No? Well then what's with sensationalist headlines like this one?

It's my biggest concern right now. You'll remember back when the players and owners weren't really talking, instead opting to fight a rather juvenile PR war by public statements and "leaked info" to the press? Remember how we made no progress then? It's been clear throughout the negotiations that while both sides realize they have to work with each other, neither side particularly likes or trusts the other side. It took a court mandate and oversight to get them to sit down and talk out their issues like adults. But once that happened, real progress was made at a good pace, and all was joy except for the occasional sensationalist bad-news headline.

Now we seem to be hurled back to the public tiff point. The NFL made a big media announcement about signing off on this CBA, which wasn't very tactful of them but honestly they've been getting so much criticism throughout the entire process it's no wonder they're looking to score some points. Then all of a sudden, despite this vote being planned for more than a week, players act like they were caught off-guard, have been "hoodwinked", or were being "barreled over", or what have you. Normally I wouldn't advocate to put a gag on players to bar them from publicly speaking, but in this case I think the NFLPA was remiss not to warn players against taking their feelings public. None of these players have seen the CBA. Like as not, they're reacting to bits they heard from other players or remarks from DeMaurice they only half understood. I don't mean that as a point of disrespect for the players, but they shouldn't be publicly involved at this point.

People familiar with labor negotiations know that a good negotiation always leaves both sides somewhat unhappy. The owners easily passed their vote over this CBA but I think that's primarily because they're really happy about the revenue split, which was settled weeks ago, and can live with what they gave up to the players on several points (higher cap spending, shorter rookie contracts). It's still a little suspect that they voted 31-0 with one abstainer (the Raiders), but I'm not really going to draw conclusions just from that fact. Why are the players struggling against it? That's a more complex question, as there are some remaining issues...

First and foremost, there's the NFLPA recertification. This issue is best described as "somewhat farcical". There's no procedural reason for the NFLPA to hold off on becoming a union again. In this modern day and age, it should be a matter of days if not a single day. But the NFLPA is backed up against the wall here. The owners have held as a legal argument that the decertification was a sham tactic. I think that's an argument the owners would be likely to win, and the NFLPA is careful to avoid giving them extra ammunition to do so. To keep decertification in their arsenal as a negotiating tactic, they have to give this decertification a measure of validity. To do so, they have to pretend the certification process is difficult and valuable.

If this doesn't make any sense to you, it's because it doesn't make any sense period. It's an immensely frustrating superfluous process needed only for legal reasons. But it is needed. The NFLPA knows this. The owners also know this, but they would like for it to be skipped over, both because that would make it easier to kick off the season without missing games and because they would like to see their "sham" argument strengthened. I think they overplayed their hand there. The NFLPA isn't likely to fold on this issue, and has federal law backing it up in the owners not being able to force the players into the union. This has been a big looming issue for a while now and not one automatically resolved by signing the CBA. Even if the two sides reach an agreement on the CBA, this process might still take a bite out of the preseason.

The NFL is reluctant to kick off a full season with no certified player union, as they need such a body with which to negotiate issues like player benefits, player discipline and drug policy. Here we come to the next issue DeMaurice Smith took exception with. The need for a union to discuss this with makes perfect sense. What doesn't make perfect sense is the limited timetable. It's a given that some issues can't be negotiated with De and the player reps since they're not elected representatives of a union. It does not make sense to give them only three days to negotiate these issues and then lock them in for a non-opt out 10 years. Assuming the process proposed by the owners is indeed that strict, they are really pushing it here. 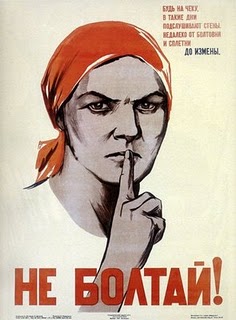 Note how these are all timetable issues. They aren't easy to resolve, but they're not structural disagreements about the content of the CBA. I've seen reports about the owners "slipping in" stuff in the CBA but nobody has given any solid examples, and I find these reports dubious since they came from players who hadn't seen the actual documents. Again, I can't help but feel our direct-communication twitter-age led to the issue being blown up here. Are there no structural disagreements left? All the major issues outlined in the CBA see the players give some and owners give some, and follow the outline as we've been given in the past few weeks.

There are only two issues DeMaurice Smith has brought up as structural disagreements. One is putting in an opt-out clause seven years into the deal, with heavy penalties to the side opting out, which sounds perfectly reasonable. The other is his noting the owners approved a supplemental revenue sharing proposal, which the players were not involved with. I'm not sure if he's actually objecting to that, but it'd be stupid if he was. Revenue sharing is an inter-owner issue that has nothing to do with players as long as it doesn't influence their cut of the pie. His concern may be that it does, but that shouldn't be hard to figure out.

Now that everything calmed down a bit, you can read some more level-headed reporting here or here. Avoid yellow journalism for the sake of your own health. NFLPA president Kevin Mawae gave a level-headed statement that they're looking at the proposal, with no more public statements to be given today. That is what should have happened in the first place, the NFLPA should have indicated they need time to look it over and perhaps offer a counter-proposal, and the overreactions from players and press might have been avoided.

What's next? Don't expect a vote today. With the Hall of Fame game already lost, that buys the players a few days (at least until Wednesday) before we reach a deadline where the next preseason games are lost. This report pegs Saturday as the earliest vote moment for the player reps, and the NFLPA won't meet again until Monday (or not, or maybe this weekend). It is worth stressing that no vote is scheduled, just as before, and that they are going to use the time given to the fullest. Hopefully the owners will do the right thing and withdraw some of their more ludicrous timetable proposals. I just hope this one evening of high emotions didn't do too much damage. Goodell has done his job in getting the owners in line. DeMaurice Smith has a tougher job in getting the players - many of whom feel insulted or beleaguered - in line for a deal. Let's hope cooler heads prevail.