Seattle Seahawks: 25 Facts About the Hawks

Share All sharing options for: Seattle Seahawks: 25 Facts About the Hawks

Yesterday, Wikipedia blacked out because of SOPA and PIPA, causing havoc among students and dumb people like me that rely on Wiki for knowledge. I've basically decided that I'm never going to actively learn anything again, knowing that there's always an answer on Wikipedia.

This allows my brain more space for fantasies and inner-monologues.

Was there an easy work-around for the Wiki blackout? Sure. But it still had a major impact on SOPA and our lives, and it feels great to have my second brain back again.

1. The Seahawks are the only team in the NFL with the same first three letters in their city and team name.

Seems obvious, but I guess I never really thought about it before. I guess that's why it's so fun to say "Seattle Seahawks," where as it sucks ass to say "San Francisco 49ers" or "Ben Roethlisberger."

If other cities had done the same as Seattle in naming their teams, we might have some really cool team names. You could have the San Francisco Sandies, which is like Pecan Sandies. The Carolina Cardboard Boxes, "We Fold Up So Nicely." The Chicago Chipotle-Lovers. The Detroit Detox Centers. The Philadelphia Phineas and Ferbs. The Denver Dentists. The Indianapolis Indentured Servants. The Houston House of Pain "Jump Around"'s. The Pittsburgh Pits. The Cleveland Cleetus the Slack-Jawed Yokels. The Buffalo Buffer, Michael's. The Jacksonville Jack-never mind.

But the point is.. our name is the best because we didn't give a shit about going all Sea-Sea on your asses. We are the original Sea and Sea Music Factory. Everybody Sea-dance now.

Where'd the name come from? Oh, I'm so glad you did not actually ask me that. Because the answer is semi-bullshit.

2. The Seahawks name was chosen by contest and the winner was Mary Hoolahan. Or was it?

The name Seattle Seahawks ("Seahawk", another name for osprey) was selected on June 17, 1975 after a public naming contest which drew more than 20,000 entries and over 1,700 different names. The name "Seahawks" was submitted by Mary Hoolahan of Seattle, WA.

Okay, that sounds legitimate. It's definitely true that the name was chosen by contest, but I can't find any proof of the existence of Mary Hoolahan. There's no source link on Wiki. All that Google does is regurgitate the same "fact" from Wikipedia over and over again. I can't find anything on the Seattle Times about a "Mary Hoolahan."

According to hellogiggles.com, 151 people entered the name "Seahawk" for the contest, but only Mary has been credited with this accomplishment. And as far as I can tell, there's no proof of that.

There are three reasonable explanations:

1. There really is a Mary Hoolahan of Seattle, WA, and she did submit the winning name.

3. Mary Hoolahan is an anagram for Aloha Harmony, which is the team's way of saying that we will always be saying "Hello" or "Goodbye" to Harmony. Most likely, Goodbye.

4. The Nordstrom Family was granted the ownership of an expansion team on December 5th, 1974, and represented by Lloyd W. Nordstrom.

King County passed a $40 million bond to build what would become the Kingdome and construction began in 1972. This would allow the city to have a home to woo the MLB and NFL to Seattle, even though there were protests and lawsuits against building the Kingdome. The people against the building of the Dome were known as "idiots" and "jerks."

5. The Seahawks could have been a WFL (World Football League) team instead, and that would have sucked.

During that time, the NFL was still fresh off of it's merger with the AFL and wanted to expand, but they had to get into cities before the WFL did. Targeted cities included: Seattle, Memphis, Phoenix and Honolulu. Tampa Bay was awarded one expansion slot. Luckily, the WFL went to Honolulu and Memphis, while Seattle was awarded an NFL franchise.

Phoenix was also awarded a franchise, but they were unable to come up with a stadium. They told the NFL, "Dude, we'll just play in the desert. It'll be like Burning Man, but more drugs."

6. Seattle went 2-14 in their first season, but weren't the shittiest expansion team that year.

In week six, the expansion Seahawks met the expansion Buccaneers and both teams were 0-5. Steve Spurrier was the QB of the Bucs and was 18 of 30 for 170 yards, 0 TD/0 INT. Tampa out-gained the Hawks in yardage 285-253, but Seattle won 13-10 behind some 2nd quarter field goals from John Leypoldt.

In history, this game is classically known as "The Game Between Seattle and Tampa Bay on October 17th, 1976."

Steve Largent had 3 catches for 49 yards.

7. Largent led Seattle in receiving yards in each of their first 12 seasons.

He was drafted in the fourth round of the draft in 1976 by the Houston Oilers, but they hated him so much that they traded him to Seattle for an eighth round pick after the pre-season. At that time, white people were better known for being running backs than wide receivers.

8. Jim Zorn was the leading passer for the first seven seasons.

When I was fresh out of college, I got a job at a new production company and one of the first big projects we had was with Seahawks legend, Jim Zorn. I was able to go to his house, meet his family, and even Largent came over to do an interview. They are both very nice people. I got to hold the NFC Championship ring that Zorn got as quarterbacks coach in 2005. I threw it in the garbage disposal and told Zorn to bring me a real championship ring.

Seriously, a super nice guy that was never supposed to be a starting quarterback in the NFL. He went to little Cal Poly Pomona and of course, was not drafted. Now, I'm going off of memory here, but I believe the Cowboys were the first to give him a chance and then he was cut. All of a sudden, head coach Jack Patera had made him the starting QB of a new NFL franchise and Zorn led the NFL in passing attempts that year, while winning the NFC Rookie of the Year award.

It's pretty cool when you can throw 27 interceptions and still win awards.

It's the second worst passer rating ever for a rookie QB (minimum 300 attempts) behind Steve DeBerg (49ers
) in 1978.

10. Sherman Smith led the team in rushing during their first four seasons.

Smith is way more forgotten than Zorn or Largent, and for good reason. Not that he wasn't good, but his career high was 805 yards, though he averaged 4.9 yards per carry that season. He is now the running backs coach for the Hawks.

New Orleans did not throw a single touchdown pass.

13. Stacy Andrews is officially listed as the heaviest Seahawk ever, with a weight of 342 lbs and a BMI of 38.5.

Psshh... I could beat that. When's the next time Burger King is doing dollar Whoppers?

14. Quarterback Dan McGwire is listed as the tallest quarterback in the history of the NFL at 6'8".

You know what they say about tall quarterbacks? heheheh... They fucking disappoint.

He was often credited though with a great attitude about "Getting stuff off of the top shelf."

16. Jack Patera was the first head coach of the Seahawks, and the only coach in franchise history to be fired mid-season.

Patera is from Portland, Oregon and is a member of the Oregon Sports Hall of Fame (he was inducted the same year he was fired from the Seahawks) and University of Oregon Hall of Fame.

He played shortly in the NFL, but injuries derailed his career. He was defensive line coach for teams like the LA Rams and the Minnesota Vikings before getting his first head coaching job with Seattle. He was fired during the players strike in 1982 (after two games had already been played and lost) and replaced by director of football operations, Mike McCormack.

17. McCormack went 4-3 during his seven game stint with Seattle.

No head coach in Seattle history has coached fewer games than McCormack. He was inducted into the Hall of Fame two years later as a player that blocked for Jim Brown for ten years.

He did not later get inducted into the Hall as a coach of the Seahawks, unfortunately.

18. Seattle has been led in receiving by six different receivers over the last six years.

Next season they plan on being led by Kevin Walter.

19. During their 2005 Super Bowl season, Seattle turned the ball over five times at Jacksonville in week one, and then did not turn the ball over on the road again until week 17.

The one stat that always stuck out to me that season was Matt Hasselbeck's consistency on the road. He threw two interceptions in a week one loss to the Jaguars, but then did not throw another road interception for the whole year.

What I did not know was that the Hawks also didn't lose a fumble over the next six road games until finally having Seneca Wallace throw an interception in a meaningless season finale at Green Bay.

22. 2005 was also the year that Shaun Alexander set a bunch of records.

First and only MVP in franchise history.

The only record we wish we could take back was the NFL record contract for a running back he received after the year (8 years and $62 million) but luckily those contracts are not guaranteed. Hear that MLB and NBA?

23. Alexander would have two years left on his Seahawks contract if NFL deals were guaranteed.

They probably wouldn't have given him eight years.

24. Hall of Fame WR Steve Largent only has one of the top ten seasons for "catches" in franchise history.

Largent was about yards and longevity, but you might be surprised to hear that of the top 10 seasons in franchise history for receptions, Largent only checks in once with a 79-catch season in 1985 that's tied for fifth.

Brian Blades has four in the top 10.

He spent all but two years of his career with Seattle. He has more catches than Deion Branch, Brandon Marshall, Walter Payton, Eric Metcalf, Kellen Winslow, Sr., Carl Pickens, and a bunch of other dudes.

Funny enough, running back Ronnie Harmon was taken with the next pick by the Bills and had 582 career catches. But Williams 5,006 career rushing yards is nearly twice as many as Harmon.

Bo Jackson was the first pick that year.

Why end on such a random, insignificant fact? 25 FACTS! That's why. I am done. Let's never forget John Williams. 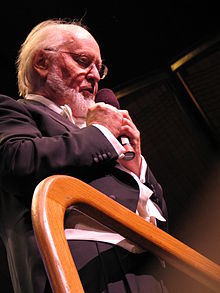 What are your favorite Seahawks facts?