Over the course of the season we've talked about Beastmode a lot. Presumably Marshawn Lynch and the running game is the first thing that comes to mind, and maybe even the mentality of the defense falls under the mantra.

However, this short piece has nothing to do with offensive or defensive Beastmode. In honor of celebrating the newly ingrained, beastly mentality that this team is building, consider this an observation and appreciation for the fact this mindset is present in all three phases of the game.

Earlier in the season against the Redskins, Brandon Browner got flagged while blocking on a punt return for kicking the crap out of the player along the sidelines (which Dave Wyman admires here). Though nothing "illegal" took place (according to Pete Carroll), there was a flag. Browner basically blocked the guy wellllll out of bounds and was very unfriendly when he tried to re-enter the field of play.

Granted, plays like that and the following may happen more often than we see on TV because, well, there is often much more field than what's shown on TV. That said, it's always awesome to see a play from our special teams unit that exemplifies physicality.

Plus, we all know I have an affinity for Brandon Browner and the fact that he made this play certainly didn't hurt. Double plus, Davis' astute analysis of John Schneider and the roster building process nudged me to pay homage to one of the organizations' top 2011 offseason pickups; a tough, do whatever is necessary team player.

No, that's not a typo; nothing "happened" on this play, except for the fact that Browner played like a brontosaurus.

Browner and the 5'8", 181 pound Michael Adams are circled. Browner gives him a free release into punt coverage. 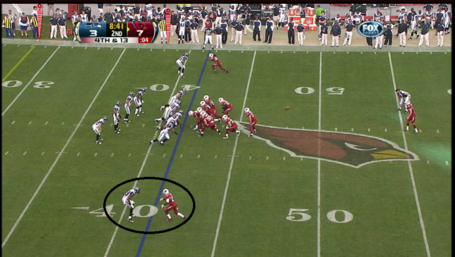 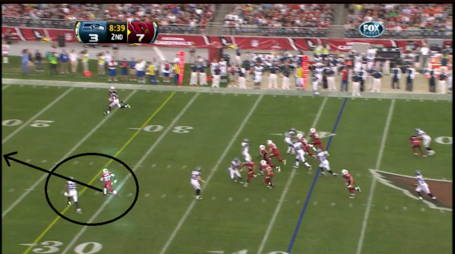 Adams appears on track to Leon Washington and will continue on the path shown. Browner is wide, but has a step on Adams as they go downfield. Rope-a-dope. Browner actually has Adams right where he wants him. It's time for Browner to go bowling. 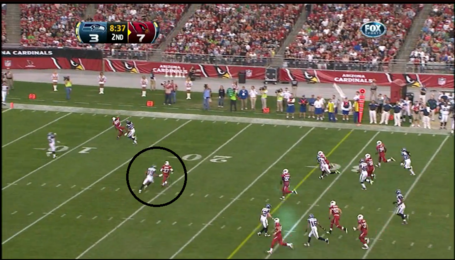 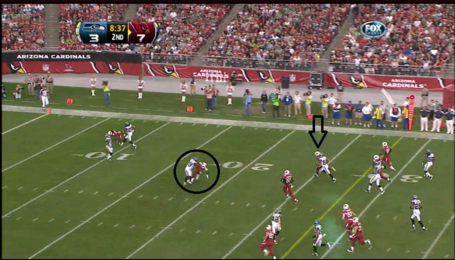 Browner easily takes out the smaller Adams. This little block is nothing to celebrate. Plus, it's a borderline block in the back, or if you're a Cardinals fan it's a missed call. The unbiased blogger in me feels it's necessary to mention this is an example of Browner being undisciplined with the potential penalty. This is something he needs to work on during the offseason, but that's no secret.

Oh, and why does that random player (6', 212 pound Sean Considine) have an arrow over him? 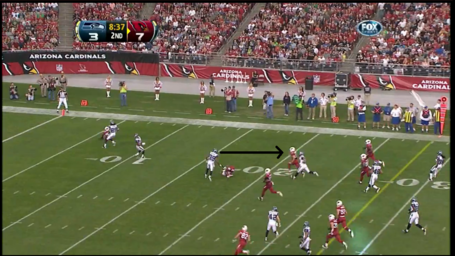 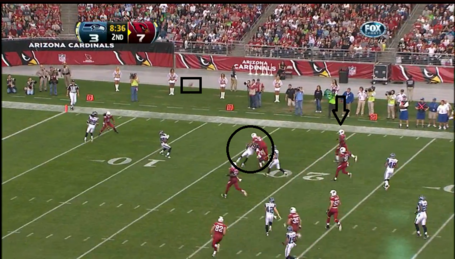 Because he's Browner's next victim. Adams gets caught underneath the impact, which actually works against Consadine and helps Browner gain leverage as Consadine leaves his feet. As you can see, the box around the football shows the fair-catch is about to take place. Browner should be done, right? Wait, why is there another arrow?

Because Browner is trying to win the Royal Rumble and he has to take out another man, even though his second victim is still entering the tailspin towards the ground. 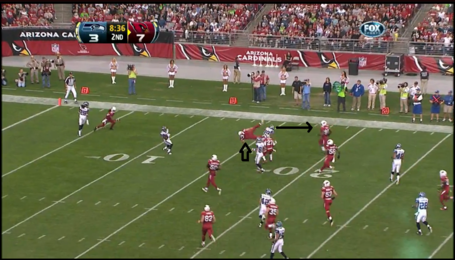 Leon has just fair-caught the ball and Browner is going for the trifecta. Rookie Sam Acho (6'2", 257) had a solid first season with seven sacks, but he let up a little too soon on this play. 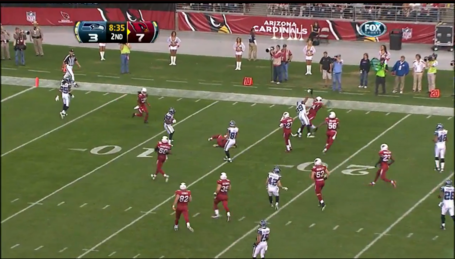 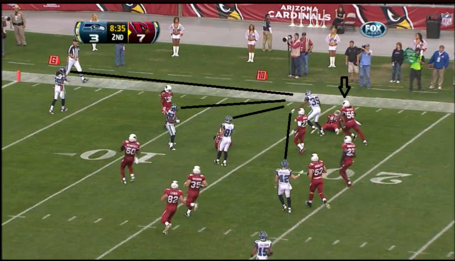 Boom. Browner takes out his third guy and his teammates have taken notice at this point. But wait, another arrow? 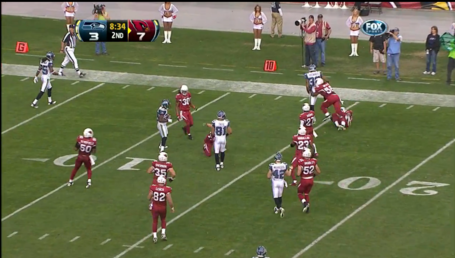 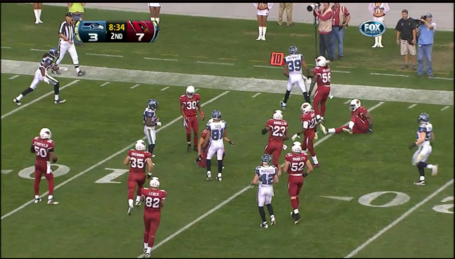 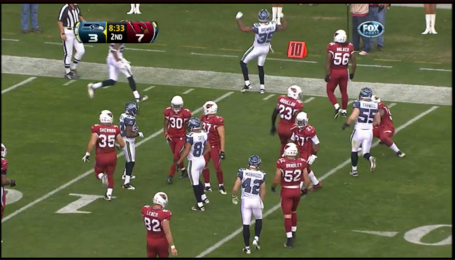 But in reality just sends Browner off to start his celebration. Richard Sherman (under the score) and Heath Farwell (55) come to celebrate the strike. They saw what happened at the end of the play and they are pumped up that Browner took out three guys (in order of smallest to largest). Hopefully, knowing there should be more plays like this in 2012 and beyond has you pumped up, too.

(Edit: bigtrain21 came through in the clutch!) Here is Browner going brontosaurus in real-time.

And here is Leon Washington standing in awe of all the glory...