So, the Seahawks run a lot of 'zone-stretch" plays where linemen move laterally on the snap, and the goal for each man is to either a) seal their defender away from the play side, or b) if they're unable to do reach the defender to do so, they must push that defender forcefully and powerfully toward the sideline playside to create a crease for the running back to run through. Linemen with no man in front of them either double team the defender that the man to their right or left is taking, or move into the second level to engage a linebacker or defensive back. This is a basic tenet of the zone-running offensive game plan and you see it many times per game for Seattle. That said, the Seahawks still run elements of the Power-O run game from time to time (as all teams do). Now, I'm not as well-versed in Power systems, but there was one play in particular that stood out to me as part of that family, so I wanted to break it down.

Typically, in Power-O, the backside guard will pull playside over the downblocking (toward the center) playside tackle and guard to act as a leadblocker in tandem with a fullback or H-back. In this particular Seahawks run play though, they do what I think is kind of a fun variation of this basic idea. NOTE: Eric Stoner, Scott Enyeart, and Keith Myers also pointed out in response to this post, that this run has some similarities to the Buck Sweep, a Wing-T family offensive package that has some elements in use here, but in those formations you see the FB run misdirection, not lead blocking. So, in this case, "Power Sweep" is accurate enough of a description, without knowing what Tom Cable calls it.

TE Anthony McCoy and WR Kris Durham act as de facto left tackle and guard and crack back block the defensive end and incoming LB. LT Frank Omiyale pulls left around the edge to act as a lead blocker and is followed by FB Vai Taua to lead the way for Robert Turbin as he takes a pitch sweep left. Let's take a look below. 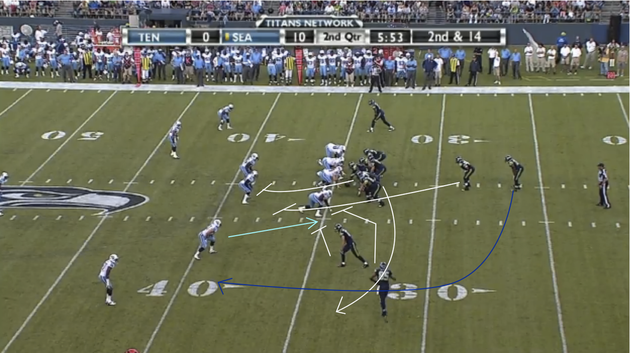 McCoy goes in motion right, which draws the Titan SOLB in toward the line, which is good for Kris Durham. 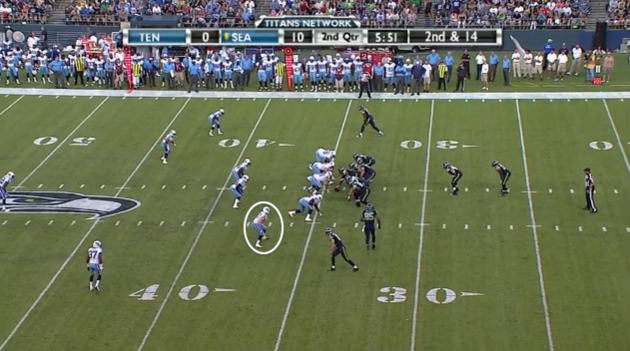 The ball is snapped, which leads to a quick succession of three excellent blocks by McCoy, then Durham, then Taua. Below, you can see McCoy knock the strongside DE back, off balance. This seals the DE to the play-side. 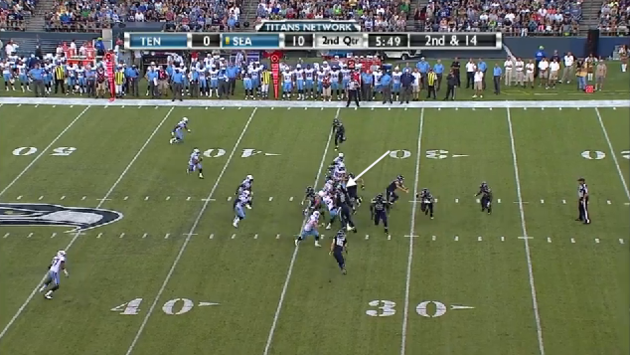 Omiyale pulls over McCoy and Kris Durham loads up for the crackback on the SOLB. He lays him out. 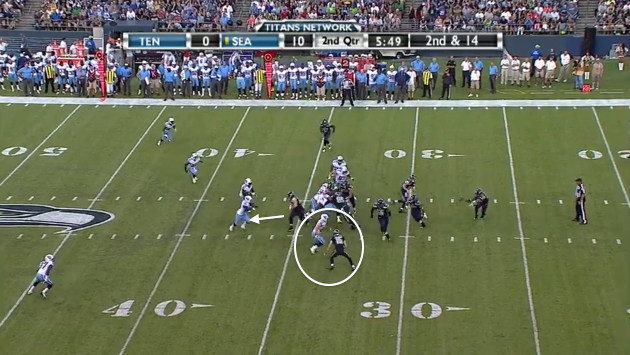 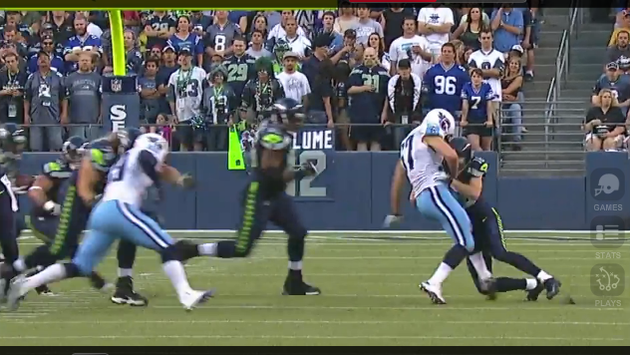 Below, you'll see that McQuistan reaches the middle linebacker but cannot seal him away from the play, so he begins to drive him as forcefully as possible toward the sideline. Vau Taua comes in behind and lays hat on the weakside linebacker, seen closer in the 2nd picture. 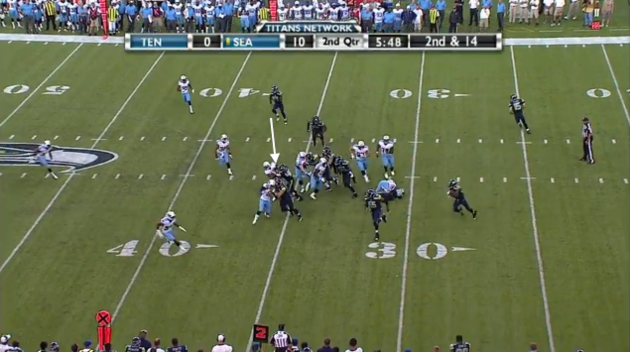 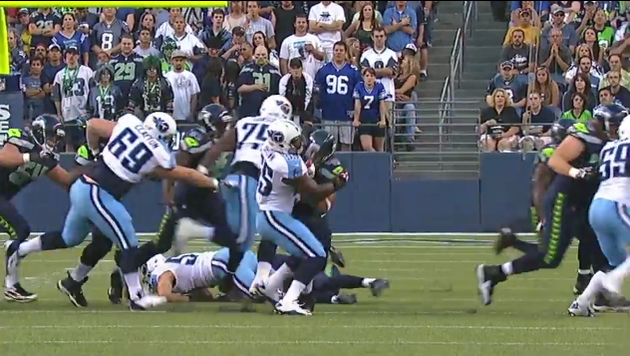 Though Turbin has Omiyale blocking for him on the outside, he smartly cuts up through the crease that McQuistan has created by driving the MLB to the sideline. He breaks an arm tackle (seen below) by putting his foot in the ground and getting downfield, picking up ten yards in the process. 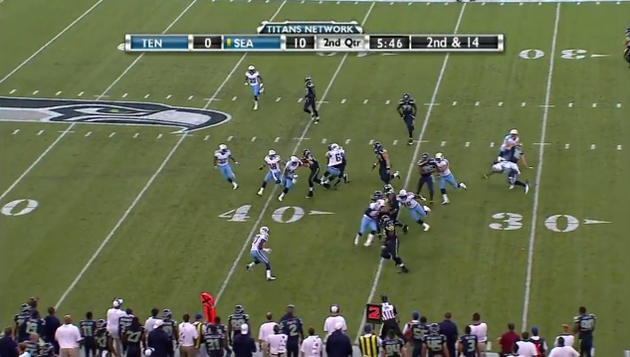 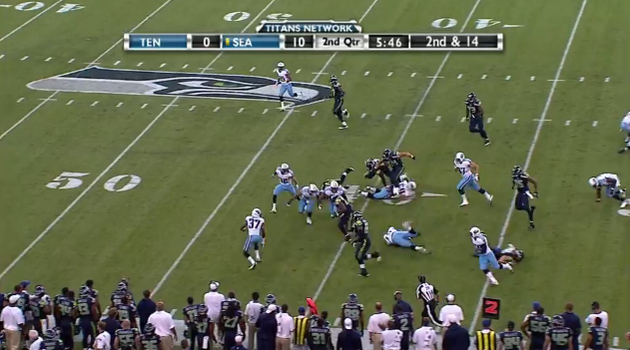