So, a lot of the attention over the past couple of days has gone to Russell Wilson, for a variety of acceptable reasons. He's a rookie, he played very well for a rookie, he's exciting, he's quite possibly 'the future,' and I definitely understand all that. However, there's still a good chance that Matt Flynn will end up winning the starting job, for a variety of acceptable reasons, and while he didn't make many flashy plays and mostly just took what the defense gave him, he impressed me at times. He got into a rhythm on the Seahawks' first drive and completed six passes as the Seahawks matriculated downfield 62 yards over 9 minutes and 17 seconds to score the game's first points. His following drives weren't as impressive or effective, but he did make one throw in particular in the second quarter that stuck out.

The Seahawks executed a bootleg with a hi-lo route concept on first-down that featured Zach Miller running a deep drag and Anthony McCoy a shallow drag. Flynn had Anthony McCoy wide open underneath but instead hit Zach Miller in the second level for 14 yards and first down.

Let's take a look after the jump.

Seahawks in a balanced formation with 12-personnel, Zach Miller tight end right, Anthony McCoy set in on the left. Robert Turbin in the lone back, with Ben Obomanu out on the right and Golden Tate left. It's run-action to the right, meaning the offensive line moves laterally and downfield as if the Seahawks were running that way (as opposed to a play-action fake handoff where the linemen stand up in a pass-protection look). 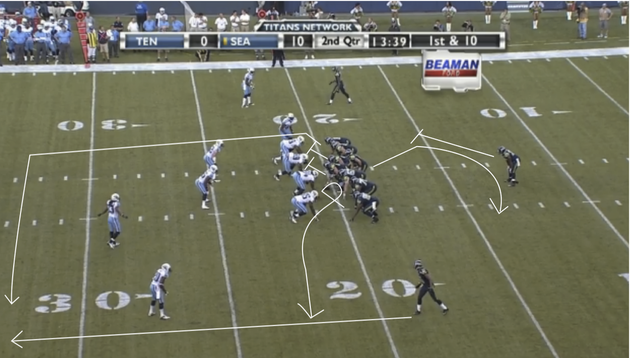 You can see Miller chip release on the right as Flynn fakes the handoff to Turbin, and on the left, McCoy delay-releases on a pivot to the left side of the offensive field. You can also see how effective the run-action play has been, sucking defenders to the right side of the field. 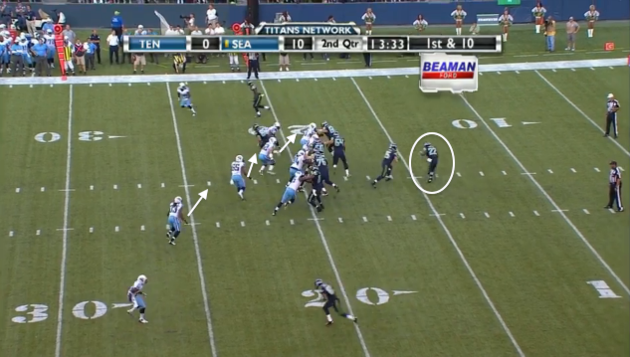 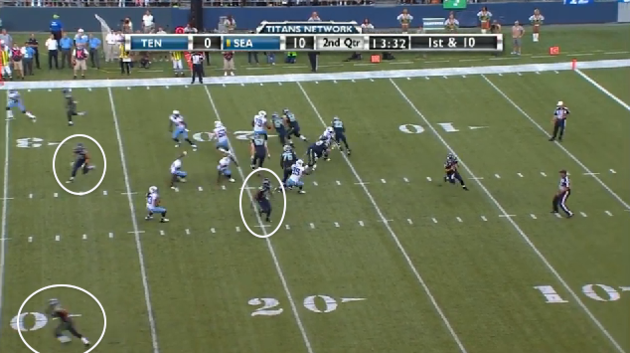 Golden Tate runs a fly route and above you can see the two tight ends running drags at different levels of the defense. Below, you can see McCoy is an option, but Flynn decides to get the first down through the air as he sees the safety trailing Miller, not in a position to make a play on the ball. 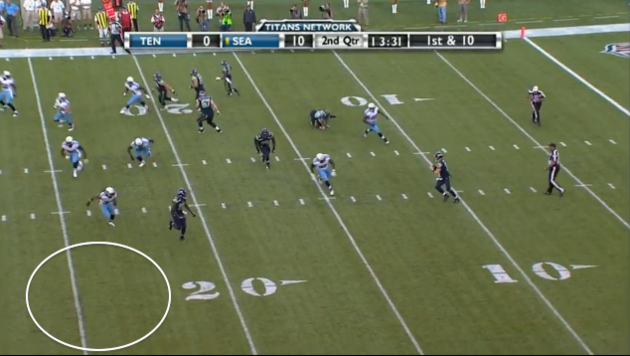 This was an underrated throw. Flynn gathers himself quickly and pushes the ball downfield with velocity and accuracy, all while moving to his left and with a defender bearing down on him. He's hit hard in the chest directly following the throw. 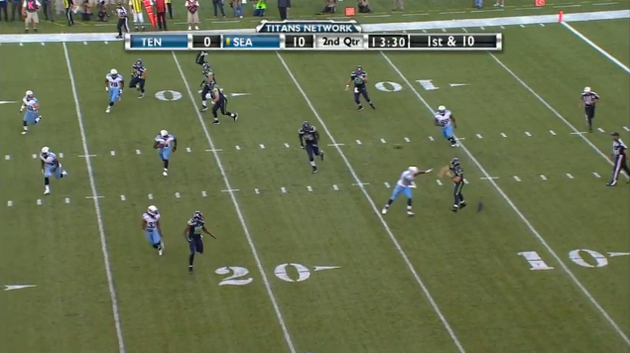 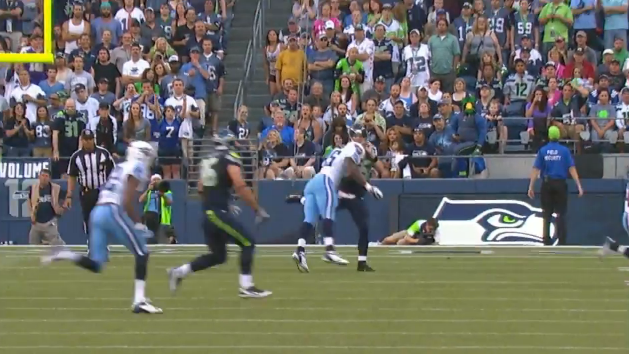 The throw is on the money, hits Miller in perfect stride, and he reels it in. Unfortunately, he's hit hard and his head hits the ground on contact and he suffered a slight concussion. 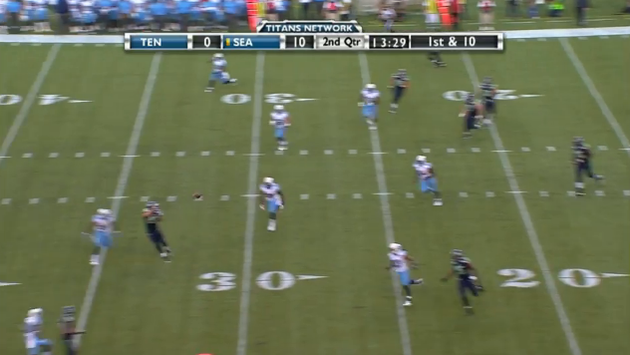 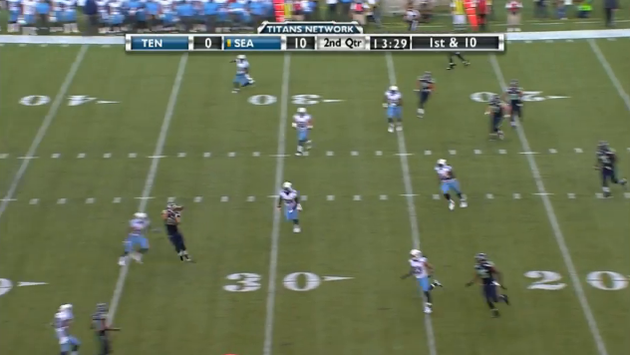