Dan Quinn is back and this time around he has some younger talent to develop.

With all the madness of draft talk and free agency speculation, it's easy to view a team's current roster as a relatively static collection of players; the young get a little better, the old get a little slower, and the primed continue doing their thing. Real improvement comes from outside sources, not from the existing roster. For the most part I agree with this sentiment. However I think there's a tendency to overlook developing role players a bit.

If Alan Branch walks away in free agency, finding a starting caliber 3-technique who can rush the passer becomes a top priority. In a broader sense, Seattle must generate more interior pressure in 2013. Free agency or the first round of the draft represent the best chances of addressing the former. Greg Scruggs (6-3 285) and Jaye Howard (6-3 301) may be called upon for the latter.

Scruggs was drafted out of Louisville with Seattle's 10th and final pick in the seventh round last year. He was pegged as a 5-technique who could rotate inside on passing downs. Don't let his late draft position fool you though. When asked which day 3 draft selection seemed like a real bargain, John Schneider gave the nod to Scruggs and noted "he was the ninth best tester of the defensive linemen."

Scruggs didn't disappoint in his rookie campaign. After a stellar preseason (6 tackles and 2.5 sacks), Scruggs made the team and saw quite a few snaps as a rotational pass rusher. He managed two sacks and a few quarterback hurries on the season. Perhaps the greatest endorsement of him came in the week leading up to the Chicago game. Red Bryant was listed as questionable and if unable to go, Pete indicated that Branch would move to 5-tech and Scruggs would start at 3-tech. Not Jason Jones. Not Clinton McDonald. 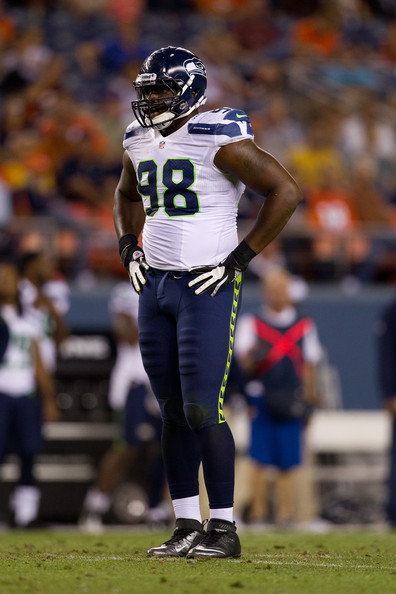 Over the past couple days I've gone back and watched every snap Scruggs played as a rookie. I like what I saw. His athleticism was apparent, especially manifested in long arms and violent hands to keep himself clean. His hand use was inconsistent but there's no doubt he has real power there. His legs are strong enough to push the pocket a little and hold up against the run. He has a nice get-off and showed a wider array of pass rush moves than I expected. On the other hand, his technique remains raw and he maybe lacks the foot quickness to really explode as a pass rusher.

Overall, I'm excited about Scruggs' future. He played this season at around 285 lbs. It's easy to envision him adding bulk onto his cut frame, seen below at his pro day workout. Every pound that he can add this off-season will improve his standing on the roster. A bigger, more technically sound Greg Scruggs has starting 3-tech potential.

Jaye Howard's rookie season wasn't so positive. He was drafted in the fourth round out of Florida as a pass rushing defensive tackle and came with an endorsement from Dan Quinn. He made the team but only cracked the active roster on two occasions, failing to have any impact in either game. Even after Jason Jones was lost for the year and the door opened for another pass rushing DT, Howard remained a non-factor. Not a great sign.

Yet from the two games he appeared in (Jets and Wk17 Rams), one can see why the Hawks were willing to eat a roster spot so he could basically redshirt his rookie year. Howard truly explodes off the snap and looks every bit as quick as his 4.82 40 time suggests. He also has long arms and a strong upper body to pair with some nice pass rush moves. All signs point to Howard having considerable potential as an interior pass rusher.

So why couldn't Howard have an impact as a conditional piece? Well, I think it boils down to over-eagerness. He would over extend off the line on almost every snap he played. This made him easy for offensive linemen to latch onto, mostly negating his quickness and upper body strength. Howard tallied 5.5 sacks as a Senior at Florida under Dan Quinn. Having Quinn back as his defensive coordinator might just be the ticket to getting Howard rolling. Tebow help opposing quarterbacks if he can put it together. 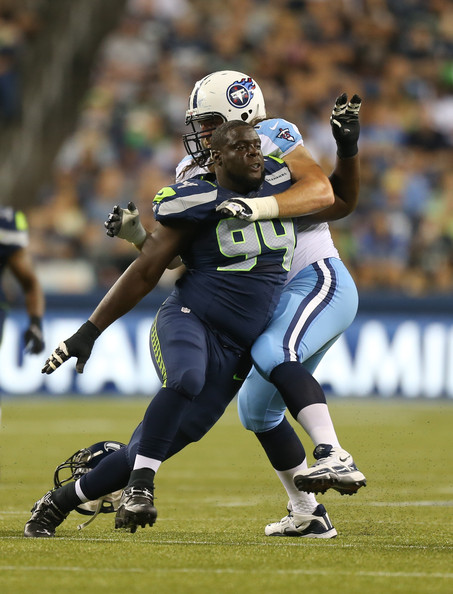 From his college tape, we can assume that Howard remains a liability against the run. Poor lower body strength, pad level, and effort against the run undermines any starting 3-tech potential he has. That's not a deal breaker in my opinion. Maybe he can improve in this respect, but if he doesn't, an explosive conditional pass rusher still holds significant value in the modern age of passing offenses. Either way, one step at a time - Howard must become the dangerous pass rusher he could be.

So where does that leave us? Finding a disruptive starting 3-tech doesn't feel any less essential. Re-signing Jason Jones still feels important. Seattle would probably love to land Henry Melton or Randy Starks and keep Jones. Yet the depth of a DL rotation can make a huge difference for a defense. If Melton and Starks sign elsewhere, I would wager that any other (currently available) 3-tech signing or draftee would be asked to compete for the starting job against Greg Scruggs and in turn, Jaye Howard. Training camp is a long ways away but don't sleep on these two. I mostly just wanted to revisit them as players we can hope have bright futures with the Seahawks.