The Seahawks are entering the playoffs for the seventh time in ten years. Before they do, take a moment and share your favorite moment from the 2012 season.

It's been a remarkable season so far, one that many of us hoped for but few actually believed would happen. As 2013 begins, so does the Seahawks' second season and as we all cross this enchanting bridge together, it's time worth taking to look back at some of the highlights of the season.

So which moment is it for you? Golden Tate's blackout block of Sean Lee during Seattle's pasting of the Cowboys in Week 2?

Was it Richard Sherman's U Mad Bro? tweet after the win over New England?

Or Russell Wilson's final bomb to Sidney Rice to complete that comeback over the Patriots?

How about when Seattle plastered 58 unanswered on the Cardinals in front of the 12th Man?

Or was it when Pete Carroll and John Schneider surprised all of us by taking Bruce Irvin in the first round? Or what about Russell Wilson two rounds later?

Was it Wilson's record-setting first half against the Bills, in which he rushed for three TDs and threw for a fourth?

And what about the shellacking administered to the 49ers on Sunday Night Football?

How about when Tate set the country on its ear with his last-second touchdown catch against Green Bay on Monday Night Football?

Or his mind-bending last-minute TD to tie up the Bears game? Or Sidney's that won it (and almost killed him)?

How about Wilson's game-winning TD run to close out the season on a fifth straight win?

There are a lot of options, but the one I'm going with is the hit that Kam Chancellor used to put the entire division on notice and had Vernon davis considering a career in accounting. 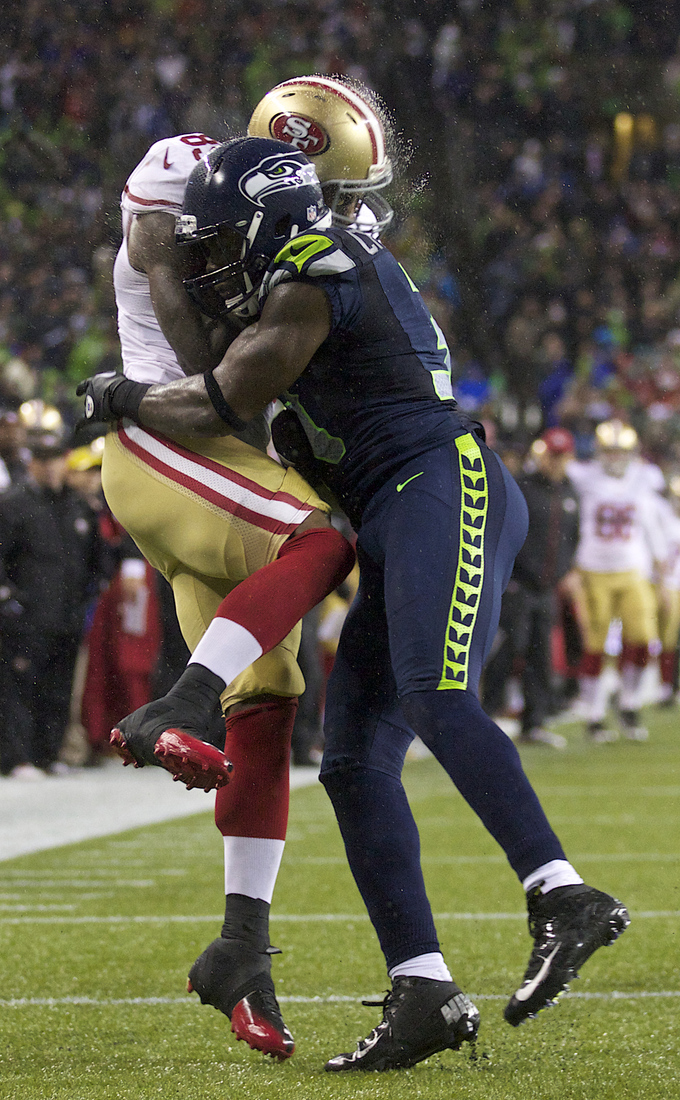 Use the comments section to reminisce on your favorite Seahawk moment of the season so far, whether that's one play, or a whole game.