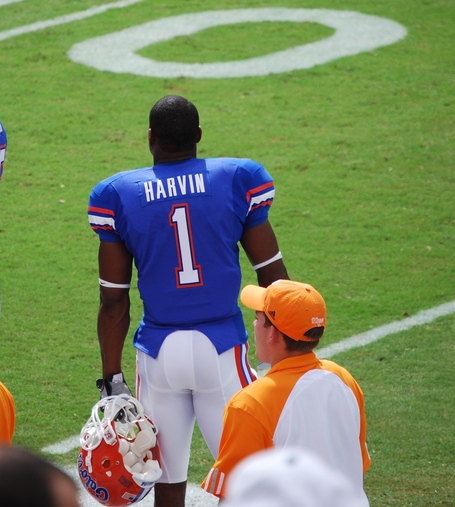 via upload.wikimedia.org Percy Harvin, rarely on the sideline unless his team's defense is on the field.

Glancing over the schedule, or reading various reports gives one the impression that the Hawks have passed through the eye of the storm. However, if you look more closely, particularly at the dates of the following three (two of which away games) you'll notice some unique challenges. The Hawks travel to Arizona with only a few days preparation and practice. When Seattle returns to St. Louis for a Monday Night game it's three days short of an effective bye week. While these games may prove more difficult than popular opinion, I'm not convinced it's necessary to play Percy Harvin before the original reports of his possible return (around Thanksgiving). I initially thought that a home game against Minnesota might be the game for his blue and green debut, though I believe a New Orleans Monday Night Game, also at Century Link may be wise. Here are some reasons why:

1.) Doug Baldwin, his play has been lights out. The depth at wide receiver the Hawks possess has been sufficient for their style of play. The running game has set up the play-action, and Baldwin has flourished following a season limited by injuries.

2.) Harvin's status as a game breaker and upper-tier type of multi-dimensional play-maker. Harvin is not your average receiver, and if you've been reading Field Gulls for a substantial time period I assume you know that. If you're a statistical analysis fan, as I tend to be from time to time, you may appreciate this:

Harvin and Gale Sayers are the only two players with 20 or more touchdowns from scrimmage and 5 or more via kickoff returns. Astounding, let's take precautionary measures to assure he resumes this remarkable pace for an extended time following his return.

3.) The Seahawks schedule. While Arizona and St. Louis are divisional opponents we host them at Century Link in December. Minnesota has been a disappointment, and even if they instill Josh Freeman as the starting quarterback we play them in Seattle and it's a very likely win. New Orleans could still be challenging Seattle for home-field advantage in December. Their offense isn't going away barring serious injury, it will continue to be top-tier passing for Drew Brees & Co. The Hawks bye week precludes the Monday Night matchup with the Saints, and Harvin could be reintroduced on a national stage with an additional month and a half (discussed week 7 possibility) to recover, train, etc.

A December return for Harvin, and a home-field advantage stretch facing New Orleans, San Francisco (away), Arizona, and St. Louis seems best. Most important are those games ahead in January, and hopefully February to showcase all of Seattle's talent. 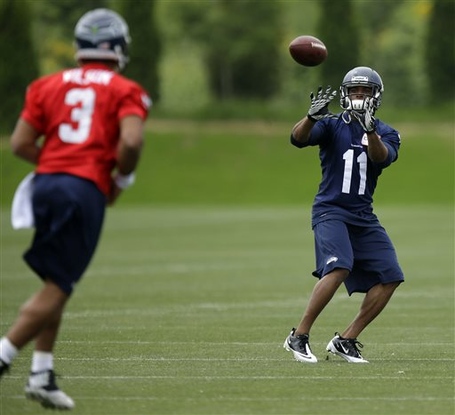 When do you think Percy Harvin should return?