First off, congrats to Blake Ferrin - you are the winner of a free Seahawks' t-shirt from 500 Level! We'll be getting in touch with you soon to arrange delivery.

As you may have seen over the past few weeks, 500 Level and Field Gulls have been teaming up to give out a some free officially licensed Seahawks t-shirts. Brett Williamson, the founder of 500 Level, contacted me to set up the giveaway, so I figured people would like the chance at some free shirts. We're not done yet either.

Today, we're going to give away one more free t-shirt to one winner by picking from everyone that retweets this tweet below or shares this post at Facebook:

Retweet this to enter yourself into a free T-shirt giveaway from @500LEVELFANS! #GoHawks http://t.co/H5MDwNssb4

We'll pick the winner from the people that do that, and yes, we realize this is a shameless plug for our Twitter and Facebook pages. Field Gulls' sphere of influence must spread like the plague and if giving away free shirts is the only way to do that, so be it.

Here's some background on 500 Level, per Brett:

Here are a few examples: 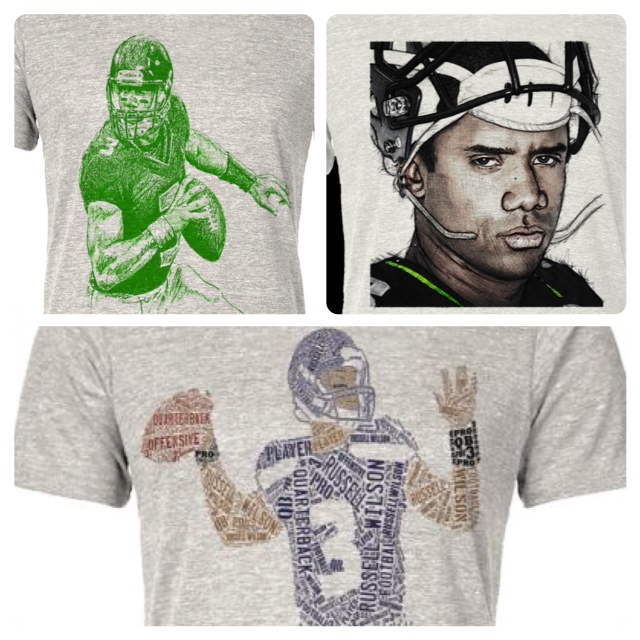 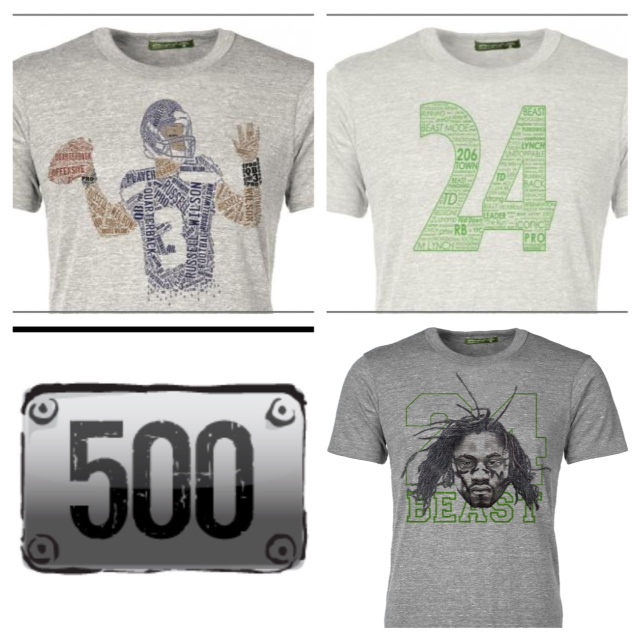 Anyway, congrats again to Blake Ferrin for being randomly selected from those that shared our last post on Facebook. Free shirt coming your way, assuming we can get ahold of you.