Mr. Winfield and the Seattle Seahawks

Share All sharing options for: Mr. Winfield and the Seattle Seahawks

The Seahawks needed a new slot corner and they sure as heck-golly got one in Antoine Winfield, for one season at least. At the age of 35, he's still an outstanding cornerback. This article by Pro Football Focus' Sam Monson gives a great synopsis of Winfield's skill set. It's a must read. The stats particularly support his standing as the league's best run defending cornerback.

Against the run Winfield's grade was almost twice as good as any other corner. On the season he made 44 stops (tackles that constitute an offensive failure), which was a dozen more than the next best player. Of those stops, 26 were in the run game, logging one on 7.3% of his run snaps, again the top mark by a corner by some distance and one that is actually closer to the norm for linebackers than it is among corners.

By way of Advanced Football Stats, Winfield is a tackling machine with league's highest regular season Tackle Factor for corners at 1.21 in 2012. Basically that means Winfield had 21% more tackles per game than what's expected for his position. He also had the league's highest regular season Success Count for corners (plays resulting in positive Expected Points Added) with 62, 15 more than the next best corner.

Winfield posted a career high 12 pass deflections in 2012. I think his increased presence in the slot had a lot to do with that. He does an excellent job anticipating routes entering his zone, while still keeping his eyes in the backfield. If he stays healthy, I could see him matching or even exceeding that total in 2013 as a full time slot corner.

Despite Winfield's aggressiveness against the run and short passing game, he didn't give up a single touchdown in coverage. The longest pass he allowed, out of the 60 completions against him, was 41 yards. Indeed, the film shows he does an excellent job keeping plays in front of him. Winfield fits perfectly with Seattle's emphasis on physicality and limiting explosive passing plays.

On that note, I want to revisit the Seahawks' coverage scheme and how Winfield should factor in. His short stature, age, quickness, and outstanding awareness make him best suited for working a zone, rather than manning up. The video below, from 2009, shows how the Vikings scheme emphasized Winfield's strengths. His interview also gives a taste of why he has such a reputation as a class act. He'll be a great addition to the locker room.

Now, as Danny discussed in depth, the Seahawks mostly run a Cover 3 with Richard Sherman, Earl Thomas, and Brandon Browner covering the deep thirds. This leaves Kam Chancellor, the linebackers, and possibly the slot corner(s) to run either man or zone underneath. It can be either man or zone, independent of the base Cover 3. Walter Thurmond will be competing with Winfield for snaps in the slot. Health might determine who wins that battle but it's worth noting that Thurmond is decidedly best in man, where Winfield is decidedly best in zone. I would expect a play calling preference for man (Thurmond) or zone (Winfield) depending on which player is on the field.

Below I've linked a "complete" Antoine Winfield 2012 highlight reel. The guy still has it.

Okay, so it's not quite complete. It's missing a few games so here's one final baller play from week 13 against the Packers.... 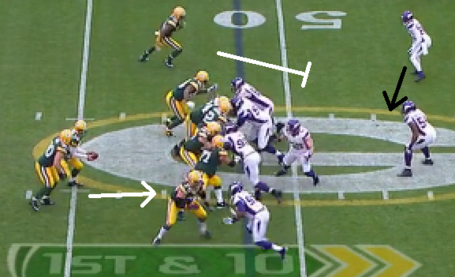 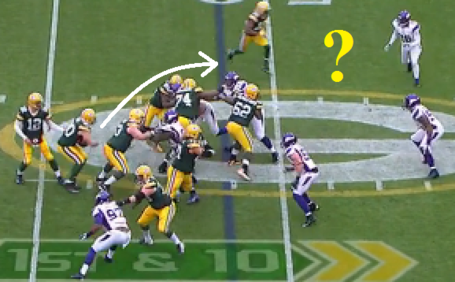 Antoine Winfield spots Kuhn beginning to pick his way around the left edge. Randall Cobb now has the angle to execute his block. Considering Winfield never takes his eyes off of Kuhn, will Cobb turn his block into a crushing blow to spring Kuhn for a long gain? 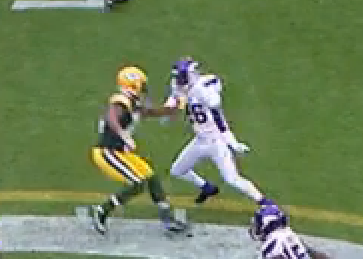 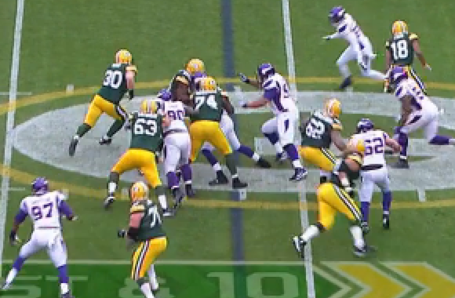 Then, as per usual, Winfield closes in a flash... 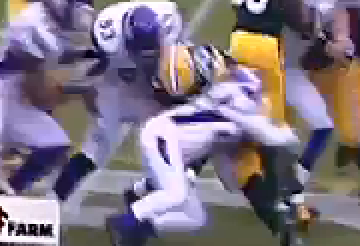 to fearlessly tackle a violent runner who has 70 lbs on him, like a boss. No gain.

Mr. Winfield will fit right in 'round here.