Under the radar safety, Gary Walker, from Idaho: video, stats, measurables, and interview.

A couple months back, I was tipped off by Davis Hsu to check out a free safety from Idaho by the name of Gary Walker. It wasn’t a name I was familiar with…and I like to think I’m pretty familiar with the majority of this draft…so a new name was intriguing. The tape was even more intriguing. I talked about it here, but as a reminder:

He really starts off with a bang with that 94-yard INT return against a quality LSU team. I like the energy I see from him on the field. I also liked the amount of “boom” Walker showed in the tape (he says, “hitting people is one of the things I love the most”). He closes well on receivers. I just generally liked the tape overall. But “highlight tapes” are not my favorite way to evaluate players, so I checked the stats:

Two seasons with (essentially) 100 tackles out of the safety position is no joke. Most of the highest rated safeties in this class didn’t notch 100 tackles this year (not Phillip Thomas, Jonathan Cyprien, DJ Swearinger, Shamarko Thomas, Eric Reid). This can be interpreted a couple ways: 1) those with 100 tackles may have seen more time playing up in the box, or 2) the safeties with 100 tackles played behind a porous front-seven who didn’t get much pressure on the QB and/or let a lot of runs get into the secondary. Regardless of the reason he needed to make that many tackles (and he was Idaho’s season leader in tackles this year, and 2nd last year), Walker MADE the tackles.

I’ve mentioned a few times, on this site and on twitter, how much I can’t stand a player who can’t tackle properly (and, conversely, how much I like guys like Walker or Luke Batton who DO tackle well). It’s the simplest thing, but one of the most important. It’s worth noting that the safety Seattle took in last year’s draft, Winston Guy, was another high-volume tackler (120 and 105 his last two years at Kentucky). Tackle production may be something of relevance to the front office. To me though, Winston is closer to a “Spur” type of player that should play near the LOS. Walker is a more well-rounded safety that is a nice middle-of-the-road between Earl Thomas and Kam Chancellor. In fact, looking at Walker’s pro-day measurables, and getting the chance to interview him this weekend, he really does start to seem like a nice, versatile blend of ET and Bam.

When asked about his eventual position, free or strong safety, Walker said, “I played both just as much, and I will play either one, but I enjoy free safety a little bit more.” And with 4.53 speed, backing up Earl at free safety, would make the most sense. According to GW, “I trained very hard to run a STRONG forty,” and the result is impressive. For those wondering; had Walker been invited to the combine, a 4.53 would have ranked 4th of all safeties behind Shamarko Thomas, Earl Wolff, and Shawn Williams. His overall workout (above) fits nicely amongst names like:

From those comparison numbers (and his bench total of 11 reps), I would think he needs to put on at least 10lbs of muscle. To do that, Walker is currently getting up every day at 7am, then travelling to his personal trainer at Academy of Speed in California for workouts, followed by once-a-week training at the Stars facility in Anaheim. Gary lists his work ethic as one of the traits that will get him to the next level, “The mindset and work habit(s) of a WINNER.“ He also says, “I think I'm most proud of my ability to stay strong mentally while on the field when things don't go my way. I enjoy going out there able to compete.” 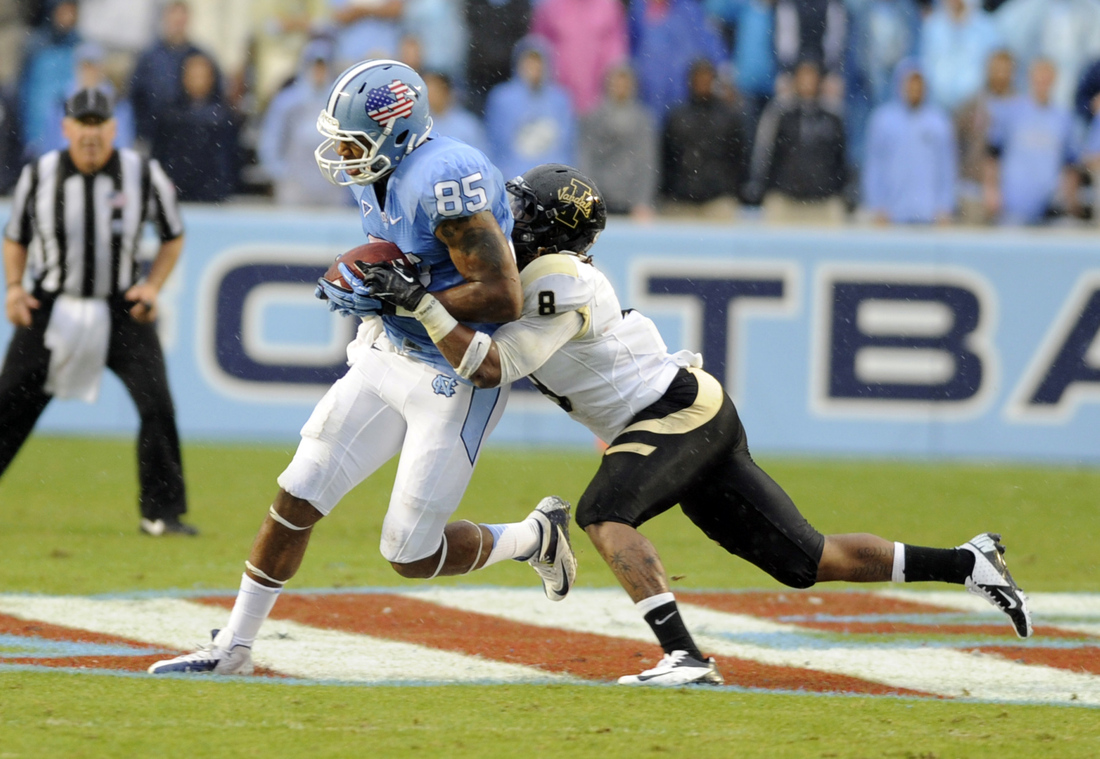 So we now see a player with great production, top-10 pure athleticism, good work ethic, no noticeable character concerns…why is no one paying attention to this guy? One thought is simply that he’s playing at Idaho. If Seattle gets labeled “Southern Alaska” in media circles, surely Idaho is like some remote part of Canada. It’s why guys like Jared Allen fell to the 4th round of his draft, and why someone with the measurables of our own Korey Toomer was available in the 5th…people just don’t pay much attention to the Idaho/Montana/etc schools. That may be their mistake.

Speaking of Toomer, I asked Walker about his former teammate and was a little surprised when he said, “Yes, me and Korey use to be roommates, so we talk on a regular.” I think this is an interesting, and important, note, as it would surely give the Seahawks a unique and deeper insight into Walker as a player and a person. It could also mean that Seattle did a fair amount of scouting on Walker last year while watching Toomer. This could, therefore, allow the Hawks to save a VMAC visit for someone else whom they have less of an inside track on. Then, Toomer could eventually come into play as a recruiter should Walker go undrafted.

I actually asked Gary about the possibility of going undrafted, as that is currently how many draft pundits project him, and he was fairly candid, saying: “(That) just lets me know that I need to keep working hard/harder if I want to make my dream a reality. I don't stress over what others say or what they don't say. I stay connected to God and people that believe in me and that are on my side which helps me stay focus(ed) and keep (me) working hard.”

When I pointed out that, as an UDFA, he could end up getting to choose where he signed; I asked what he would want most from the franchise he chose, Walker said he wanted to be with a team that “shows the most interest and will give me the best opportunity to show what I can offer.” He gives very thoughtful, humble answers. I wanted to try to get a little braggadociosity out him, so I presented him with the thought that he gets drafted; what is your reaction? “Give all honor and praise to God first. The feeling will be one that I have never felt so I’ll have to see how that goes. I know I will be ready for the next stage in my career and I’m ready to go to work.“