Rarely do I have a need to use the Seahawks official website, but I've used it often enough to be surprised that I didn't notice this fine print. But I'm not surprised that it's there.

Share All sharing options for: The fine print on the Seahawks website that you may have not noticed for all of these years

I like to think of myself as relatively adept at the internet, but for the life of me I can't figure out why official NFL websites look like they pre-date AOL 2.0. No matter what browser I'm using or what computer, why the heck do NFL sites look like this to me: 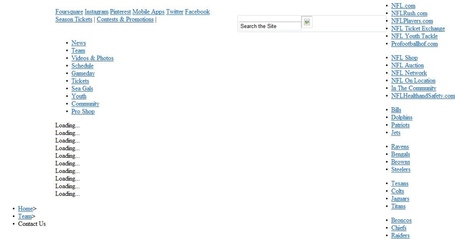 If official NFL sites are supposed to look different than this, than I am completely unaware. Because they have looked EXACTLY like that for as long as I can remember. The only thing missing is some Clipart. 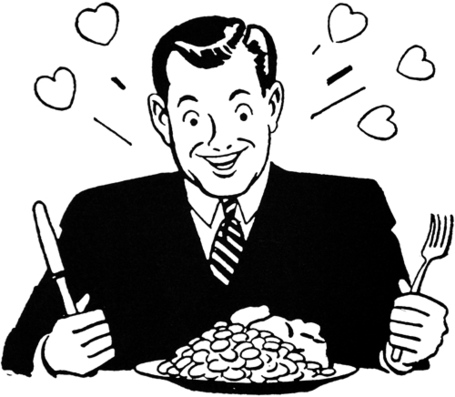 I have no idea what causes this on all the NFL sites (and I may or may not be your "IT guy" which says more about IT than anything else) and I've given up hope on ever finding out. It's probably a user error, or a firewall, or maybe Roger Goodell is the gatekeeper but I am not the keymaster, but it looks terrible.

Still, I went onto the Seahawks.com website today to see what's cookin' with the good-lookin's. While I was looking for news and some contact information, the most interesting thing about the Seahawks website was something that's been there for I'm assuming at least seven years.

And yet, I've never noticed it before. I'm guessing that most people haven't.

They teach you to read the fine print, but of course nobody ever does. That's great news for major corporations, because they can pretty much get you to agree to anything because you're not going to take the time to read 5000 words of legal jargon. Most of you don't even want to read it when I write 5000 words about the Seahawks and I don't blame you!

I owe the Wamapoke Indians my first born daughter because I wanted a $5 gift card to Bed, Bath and Beyond.

There's a documentary on Netflix right now called "Hot Coffee" about "frivolous" lawsuits like the one where a woman burnt herself with coffee from McDonald's. Of course, the french fries and double-quarter pounders will kill a lot more people than scalding hot coffee, but actually this woman had a really solid case. The documentary was about that and other lawsuits, but also about how accepting terms without reading the fine print could cost you your livelihood because corporate lawsuits are better than Legal Stuff For Dummies.

There's fine print at the bottom of Seahawks.com. Kind of. And I would have never expected that something that might seem so trivial or "frivolous" to an outsider would actually mean so much to us. It totally makes sense why this is at the bottom of every page on Seahawks.com:

© Seattle Seahawks 2013. All rights reserved. ® The term 12th MAN is a trademark of Texas A & M University and its use is pursuant to a license agreement with the university.

Nobody that I know associates "12th Man" with Texas A&M. I honestly do not know if students at Texas A&M even take it as seriously as we do, or conversely if they know we take it as seriously as they might. If you were a fan in the mid-2000s you will remember that Seattle had a run at home in 2005 (8-0, starting to get noticed as loudest stadium in NFL) that started to make the fans feel as important as the players. The home record is a good argument that we are that important.

So we took that 12th Man shit pretty seriously. Apparently so did Texas A&M.

The Aggies trademarked "12th Man" in 1990 and then in and around 2004 they sent notifications to the Seahawks, Bills, and Bears to stop using it. The Bills and Bears? I guess their twelfth men and women sucked because really? (To be fair, Bills fans and the fact that they live in Buffalo, are really passionate fans.)

The Bills and Bears stopped though. The Seahawks didn't even say "Talk to the hand!" to Texas A&M. They simply didn't respond to their requests. Until Texas A&M filed a lawsuit against them in January of 2006.

January of 2006?!? Hey, you dicks. We've got a Super Bowl to prepare for. Texas A&M + Steelers + Referees were paid + Carroll is a 9/11 truther -- According to Mel Gibson we've got an official conspiracy on our hands!

The Seahawks settled out of court and now have to pay the Aggies some stupid sum in order to use the 12th Man phrase but they're also legally obligated to acknowledge that it's "totally property of Texas A&M, y'all" like everywhere they use it. Okay fine, that's not a problem with me. Because everyone knows that the 12th Man resides in Seattle.

And yet I didn't notice that silly fine print until 2013, despite the fact that the page looks like nothing but black and white to me.

Editors Note: I wasn't talking shit about Texas A&M. I was like "Was it a big deal? I don't know the story of it from their side. But on my side it's the only 12th Man that I know. I wonder if it's like that for them..." and then I imagine a blurry transition screen that fades to College Station and I'm told to fuck off or something. Wait, that's happening in the comments already... from Seahawks fans.