Share All sharing options for: Seahawks Super Bowl Victory Parade: Live webcast to start at 10AM

Today is the day! Welcome your Super Bowl XLVIII Champion Seahawks home to Seattle at the official victory parade, running from the Seattle Center to CenturyLink Field. The parade will be followed by a ticketed rally at the CLink (which is sold out.... also the overflow viewing at Safeco Field is sold out.... this is going to be bonkers). The parade will begin just south of Seattle Center at Denny Way and travel south down 4th Avenue past Westlake Park and finish at the north entrance of CenturyLink Field. People are already lined up along the route so if you're just reading this now, you may want to hustle down there.

Also, tweet me photos of the event if you are down there. I'll be posting some live updates during the parade!

Live Stream: KIRO 7 will broadcast the victory parade live on television and also have a livestream available on kirotv.com. Seahawks.com has a livestream here, which begins at 10AM.

The parade is expected to last till about 1:30PM, and the rally should start at about 2PM. 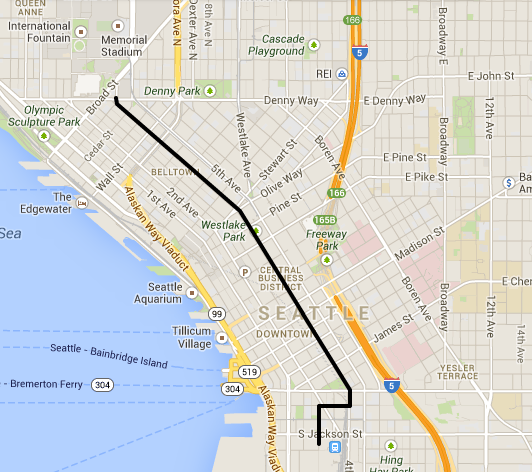