An extremely early look at the process and projection for awarding compensatory picks for 2015 NFL Draft.

Share All sharing options for: NFL Draft: Getting comp'd in 2015

It’s been a slow week in Seahawk news…two of the big news items being the release of the 2014 draft compensation pick designations, and the signing of Jared Allen with the Chicago Bears. Both stories seemingly bad news for the Seahawks; as they received no comp picks this year (as expected) and didn’t sign a free agent many thought was surely headed to Seattle (this one unexpected). But, in a way, both of these stories aren’t terrible news. Allen not signing here means that we save a high compensatory pick for the 2015 draft, and the list of the 2014 picks helps give us an idea of exactly the picks the Hawks will be due next year.

Without getting too much into the enigmatic formula that goes into how comp picks are awarded at the annual spring owners’ meeting; let’s just say the basic idea is that the highest picks go to teams that lost players with the largest new contracts (in both APY money and in years). There are also factors tied to playing time and/or postseason honors (pro bowl/playoffs/etc). But we can get the basic idea from simply looking at the contracts.

When studying the level of compensation awarded this year (for 2013 free agent contracts), the first thing I looked at were the teams that were only credited with "players lost". You see, the intentions of the league are to reward teams that have had the biggest NET LOSSES in players. For every player you lose that earns a comp pick, you will be penalized a comp pick of equal or greater value for every free agent player you ADD that same year. So if you lose Golden Tate at a rate of $6.2mill/yr, but add Jared Allen at a rate of $8mill/yr…the bigger contract of Allen will cancel out the comp pick Tate would have earned.

Because there is still some mystery in how contracts added and lost cancel each other out, it is easiest to study teams that didn’t add any players, and whose comp picks are an obvious 1-for-1, pick-per-player lost scenario. This year there are two such teams: Baltimore and Green Bay. I’m simply combining them into one chart:

That alone starts to paint a bit of the picture of the ranges each level of compensation correspond to: a 3rd rounder > $8mill, 4th rounder > $5.2mill. This is great news, as Golden signed with Detroit at an APY of $6.2mill...but even BETTER news is that Brandon Browner signed with New England at an APY of $5.67. In fact, BB's deal is essentially the exact same years/dollars as Cary Williams', which also netted Baltimore their second 4th round comp this year. Baltimore shows precedent both for receiving a 4th for a $5.67APY deal and for getting multiple 4th round comps in the same year (in case that was a question). 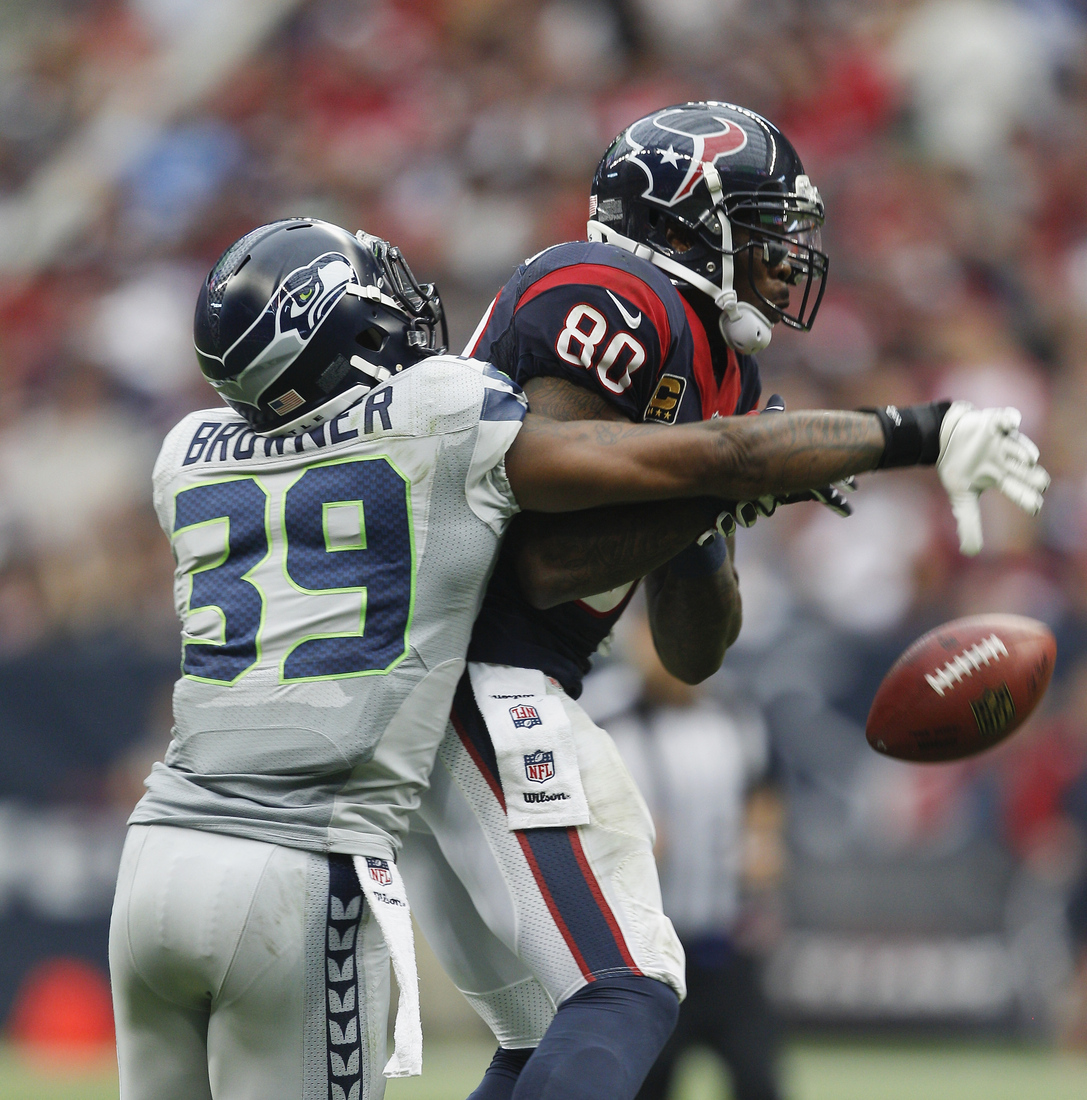 Pinpointing the bottom of the APY range for 5th round comps has been difficult. Green Bay received the last 5th round comp this year from the Erik Walden deal listed above at $4Mill APY, but the prior offseason Detroit only received a 6th round comp for Jason Jones' 1-year/$4.5Mill deal with Seattle. Here is a similar chart as the one above, but representing the teams that had no free agent additions in 2012 and only losses:

(Atlanta receiving a comp for Kelvin Hayden while Tennessee wasn't comp'd for William Hayes is a mystery that I have not solved. An issue of playing time?)

Comparing Jason Jones' deal/comp level and Erik Walden's we start to see there is more value placed on multi-year deals. Doesn't really answer for us what the bottom of the 5th round comp is, but regardless we can look at Walden's deal as a reference point for Breno Giacomini. Breno's deal with New York is the same 4 years as Walden's, but Breno is getting half-a-mill more in APY. Therefore, we will assume a 5th round comp for Breno. 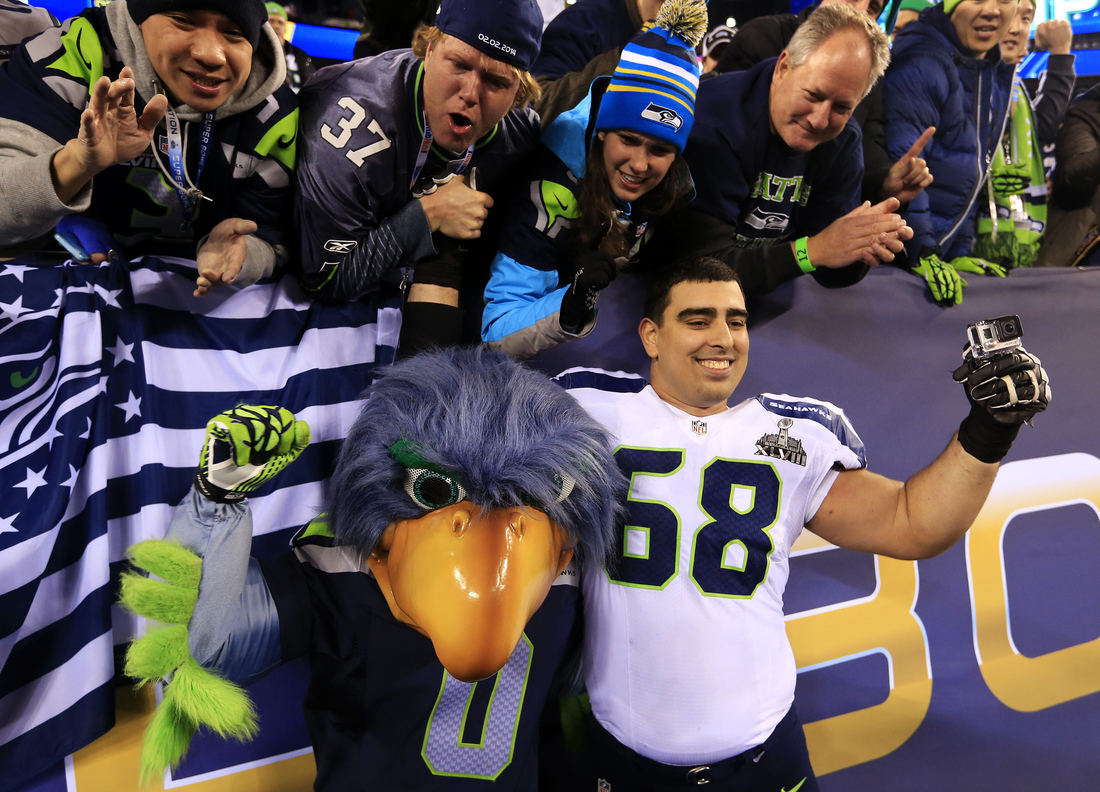 Pittsburgh's lone signing last year was Bruce Gradkowski at a deal worth 3/$4.95mill ($1.65mill). Pittsburgh's comp pick allotment goes: 3rd, 5th, 6th. The 3rd rounder is clearly for losing Mike Wallace at $12mill APY. The 5th rounder comes from losing Keenan Lewis at $5.1mill APY. So Gradkowski either cancels out Rashard Mendenhall at $2.5mill or Ryan Mundy at $780K. Mundy certainly didn't net a 6th round pick, so we assume Gradkowski eliminated him, Steelers get comp'd a 6th for Mendenhall, and the bottom end of the 6th round compensation level is between $2.5 and $1.65 million.

Another team to study when trying to range the 6th round is the New York Jets. They received THREE 6th round comp picks this year. Skipping through most of the math and cancelling out picks for players they added; the best I can figure the Jets got 6th's for: Dustin Keller ($4.25mill), Mike Devito ($4.2mill), and Shonn Greene ($3.33mill). That last number for Shonn Greene suggests the Hawks can expect a 6th round pick for Walter Thurmond ($3.5mill). 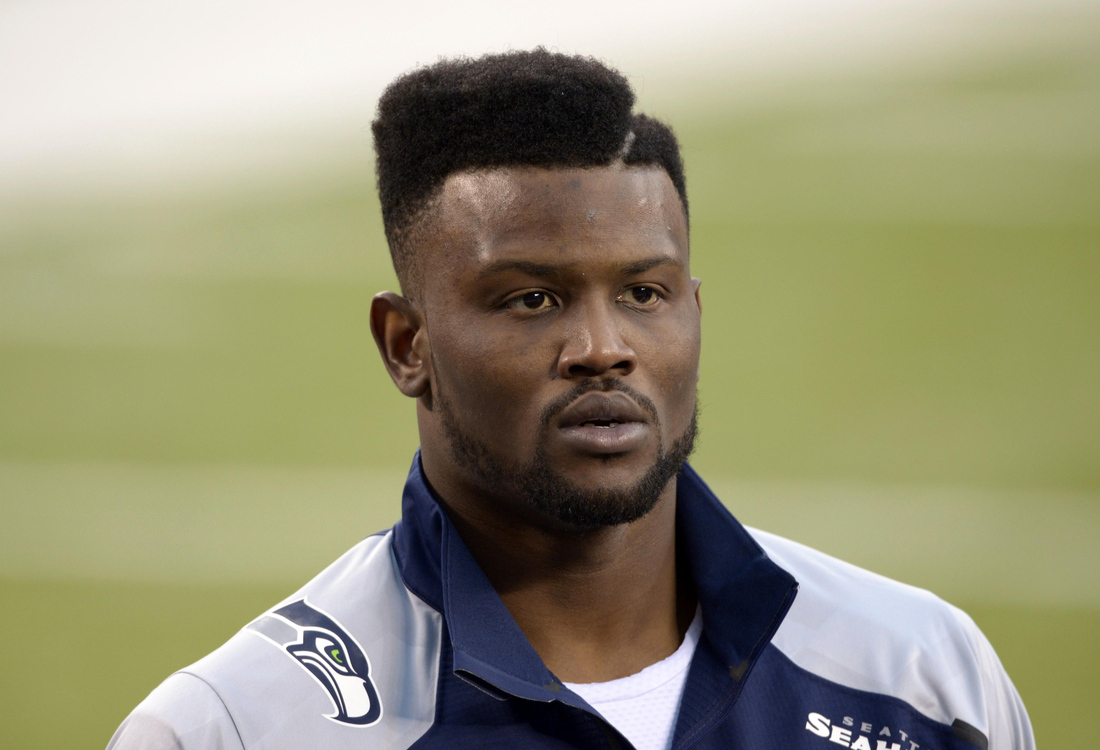 Because the Hawks have yet to sign any outside FA, and we have now "awarded them" their max allotment of four compensation picks; the rest of this info is merely anecdotal. We don’t need to worry about IF the Hawks get a comp pick for Clinton McDonald (who wasn’t on the team opening day…and that apparently matters for compensation eligibility), and we can assume they won’t be getting lower comps for Chris Maragos or Paul McQuistan.

Speculating on the contract ranges for comps in the 3rd-6th levels are pretty logical, educated guessing (even when considering the increase in salary cap for the 2014 season), but speculating on the bottom end of contracts that will earn 7th round compensation is near impossible at this point. The lower the contract value, the quicker it becomes eliminated from the top 32 contracts that earn compensation. On the press release the NFL sent out this week they actually outlined some of the players that became "unqualified" for draft compensation after falling below the top 32 (Luke McCown, Brian Leonard).

In last year's draft, there were some teams that received compensation for losing players that signed deals worth less than $1mill. This year, it appears the lowest contracts awarded 7th round comps came in right around $1mill. Next year, as we find the comp picks concentrated more in the 4th-6th range due to the success the so-called NFL middle class has done in this year's free agency; chances are the number for 7th round comp cutoff to be closer to $1.25-$1.5mill. That is exactly the range that the contracts for Paul McQuistan and Chris Maragos average out to, but as I said, the Hawks appear to have already acquired their max four picks.

Here are all of the Seahawk free agency losses and their projected draft pick compensation:

Regardless of Seattle signing any free agents of value before the season starts, they should still receive a full four picks; which should give them 11 draft picks in 2015. And that's before they trade back in the 2nd...

This year, the number of comp picks awarded per round:

I know this isn’t correct as there are players that were cut from other teams (like Red Bryant or Chris Clemons were from Seattle) that I am incorrectly giving compensation for. But, if anything, when corrected; the Seattle picks would only move higher. This is almost a worst-case scenario. Knowing this, is to know how much future draft capital Seattle has this year and next.