They hoisted the Lombardi Trophy, they went to the White House. On Thursday night, the Seahawks received their Super Bowl rings and of course, posted their new bling to Twitter.

The Seattle Seahawks received their Super Bowl rings on Thursday night, and they're as impressive as you think they might be.

Framed by 12 gemstones. Engraved with 12 feathers. 12 Flags on top, bottom and the stem. Our #SuperBowlRing. pic.twitter.com/lqlzqCpiQf 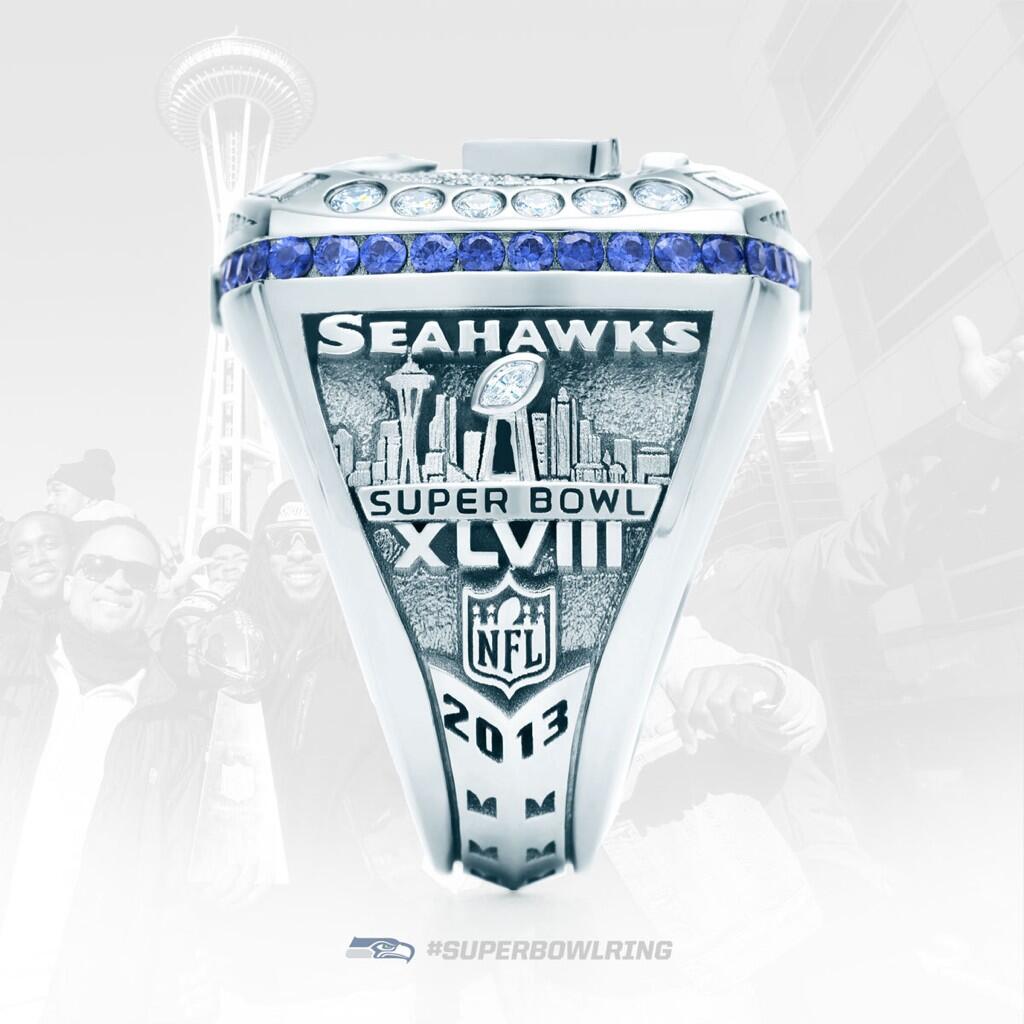 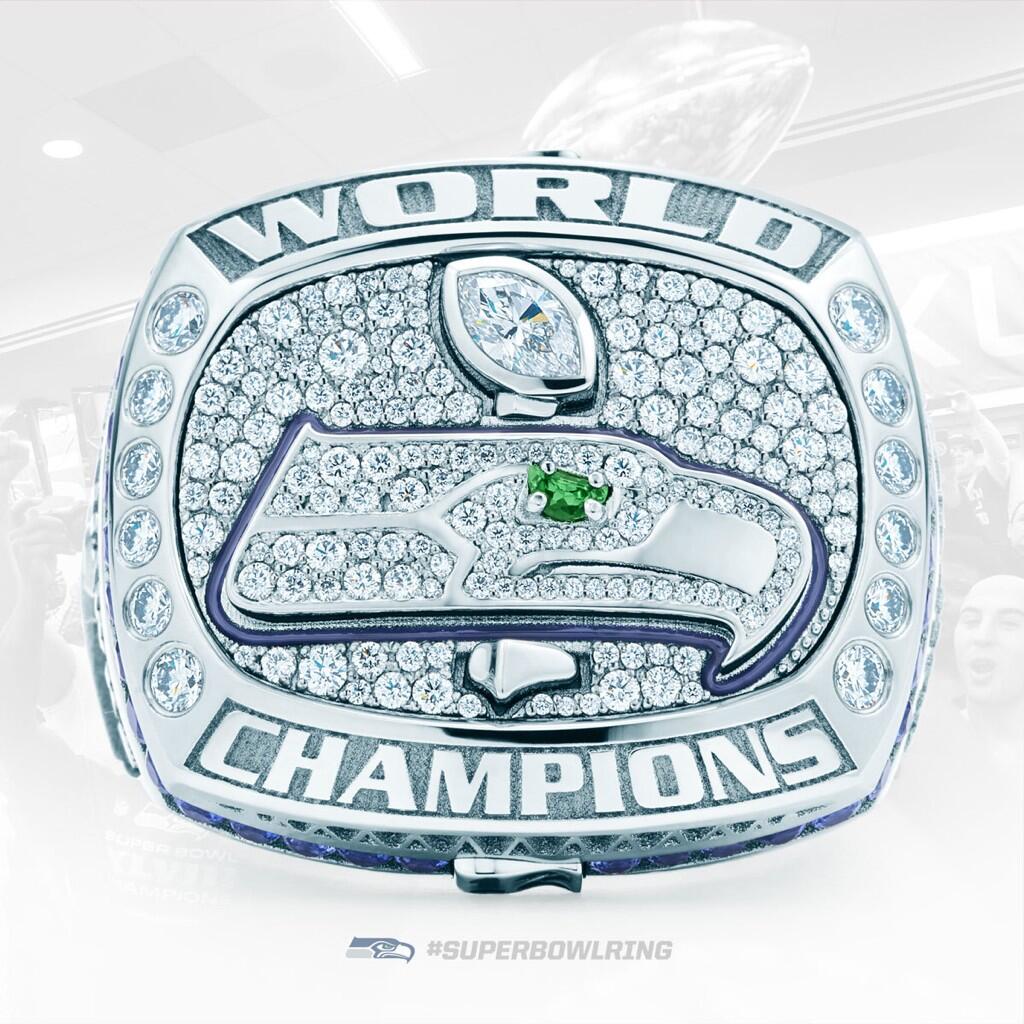 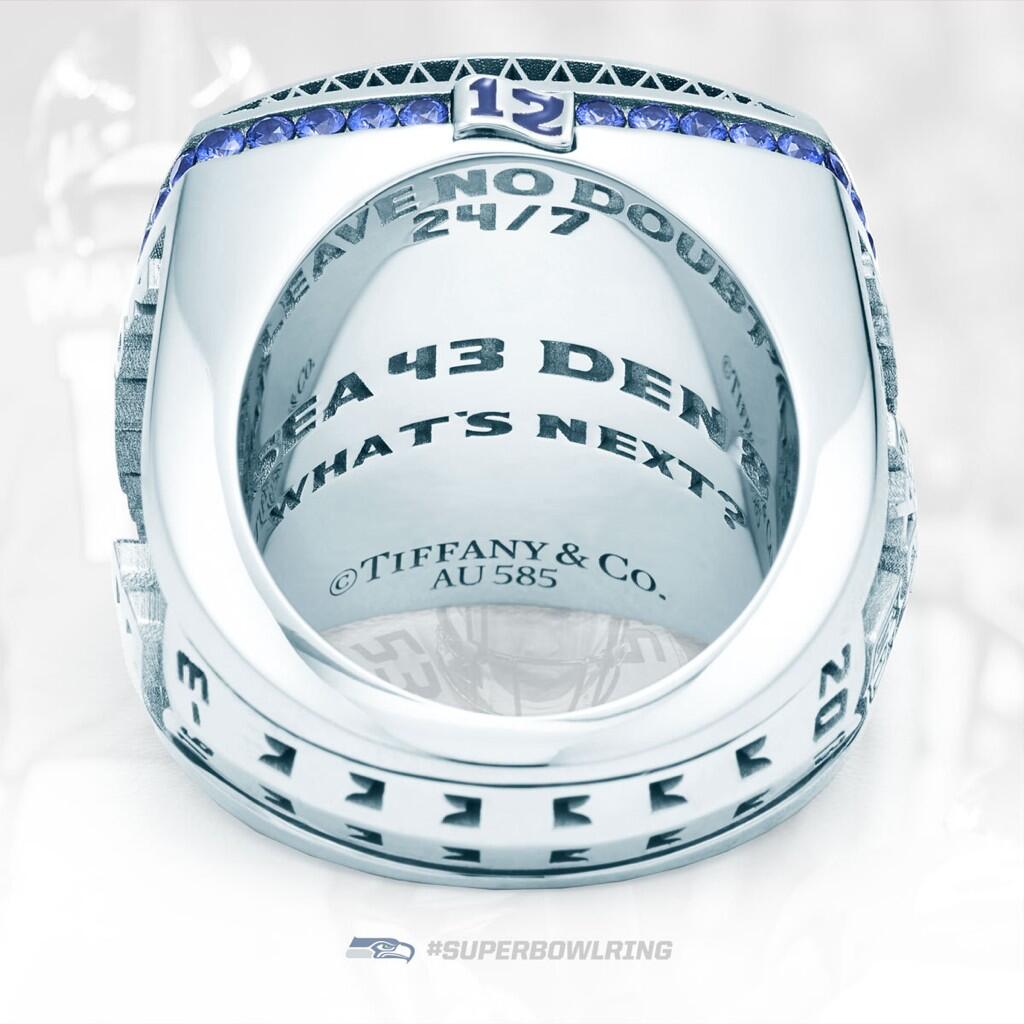 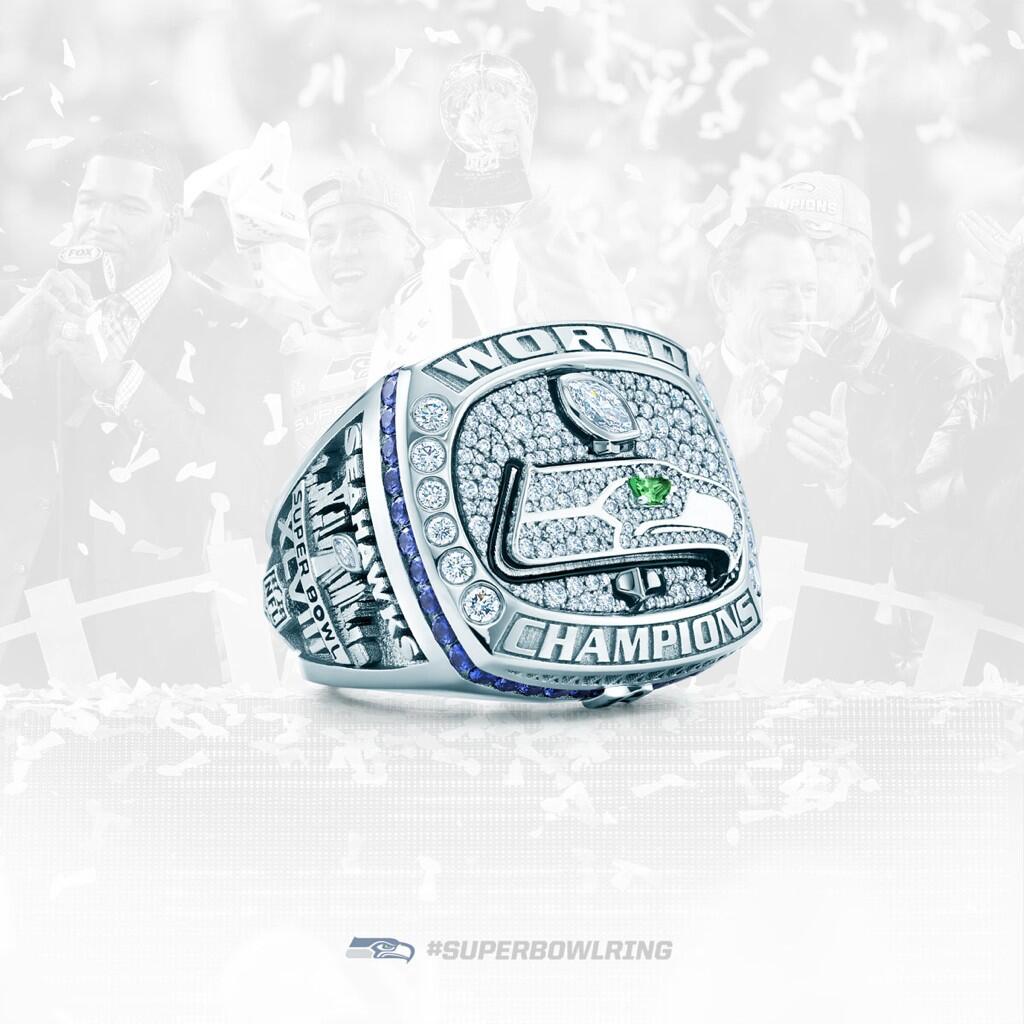 To no surprise, the theme of "12" is everywhere in the ring as explained in the tweet by the team. The Seahawks have perhaps the most passionate fans in all of sports, and its hard to dispute the role they played in this championship. Perhaps my favorite part of the ring personally is the inside, which reads, "Leave No Doubt," features the score of the game, and says, "What's next?" Here are some other looks at the ring.


Dreamed of this my entire life!!!! #hardworkpaysoff pic.twitter.com/YVEbGFmJ2G


Everybody hates Doug... Y'all know what it is! #SuperBowlChamps pic.twitter.com/v2EnOXy5Zg

If you've never gotten a chance to see one of these Super Bowl rings in person, they are truly phenomenal pieces of art. It's hard to imagine these players have ever had a more satisfying moment in their careers than finally receiving the rings they worked so hard to earn.

Oh, and Paul Allen booked Usher for the banquet.

Now, if you'll excuse me, I'm heading back over to Twitter to drool over these beautiful images. Who's coming with?

By the way, an introduction:

My name is Sean Larson. I'm a graduate of the University of Oregon, where I received a degree in journalism. I spent the last few years covering Ducks sports for various websites, including SB Nation's Addicted to Quack. I also write for Nucks Misconduct, SB Nation's blog for the Vancouver Canucks. I've recently moved back home to Seattle, where I lived as a kid, to begin my post-college life, or what they call, "real life." I owe a thank you to Danny Kelly for allowing me to contribute here at Field Gulls as I get settled into life in Seattle once again.

As far as my background with the Seahawks, I started following the team in 2001 when my family purchased season tickets. We endured one year at Husky Stadium before being fortunate enough to have season tickets in 2002 when the team moved into their new digs south of downtown. While I didn't get to be in Seattle when the Seahawks won the Super Bowl, I'll never forget enjoying the moment with friends as the clock ran to zero and I finally knew what it felt like for my team to deliver a championship. (As a Mariners and Canucks fan, I had yet to have that privilege.)