Share All sharing options for: Coffee and Cigarettes: Seahawks links for Monday

49ers vs. Cowboys 2014: Full coverage of San Francisco's season opener - Niners Nation
The San Francisco 49ers open their 2014 NFL schedule at home against the Dallas Cowboys. We'll have all the game day content you could want, including tv/radio nuts and bolts, injury news, game threads, a recap and so much more.

Seattle Seahawks' O-Line looks much improved - ESPN
The Seattle Seahawks did so many things well in the 36-16 victory over the Green Bay Packers Thursday night that it's hard to single out one area. But the most improved unit has to be the offensive line.

Tyler Dunne - Packers played scared vs. Seahawks and it cost them
If only Richard Sherman were mic'd up at all times. After the Green Bay Packers' tail-between-the-legs, 36-16 loss to Seattle on Thursday night, Aaron Rodgers embraced cornerback Byron Maxwell, turned his head and — surprise! — there was Sherman.

Britt says practicing against Seahawks made pro debut easier | Seattle Seahawks | The News Tribune
The rookie right tackle is pleased with his pro debut in the season-opening win against Green Bay.

Eye of the Hawk: Seahawks vs Packers
Live video streams from four unique angles are available through the Seahawks mobile app on gamedays at CenturyLink Field.

Seahawks were grousing for Flynn after Wilson went 0-1 | ProFootballTalk
As legend has it, Seahawks coach Pete Carroll’s decision to start third-round rookie Russell Wilson in 2012 didn’t constitute a stretch.  It was clear throughout the offseason, in training camp, and during the preseason that Wilson was the obvious choice, in comparison to presumed starter Matt Flynn.  Ultimately, then, going with Wilson was the only choice Carroll could have made.

Rams offense lost without the run - NFC West Blog - ESPN
Even after losing starting quarterback Sam Bradford for the season, the St. Louis Rams maintained an air of optimism about what their offense could accomplish.

Jadeveon Clowney tears meniscus, out 4-6 weeks - NFL.com
No. 1 overall draft pick Jadeveon Clowney tore his meniscus and sprained his MCL in the Texans' season opener against the Washington Redskins, Ian Rapoport reports. He's expected to miss over a month.

Niners take advantage of mistake-prone Cowboys - NFL.com
Patrick Willis and the 49ers took advantage of four first-half turnovers to defeat the Cowboys on Sunday. Find out what else we learned in the season opener.

By the numbers: Pats lose 10-year winning streak in Week 1 - CBSSports.com
Here the most interesting numbers from Week 1.

Nick Foles, Eagles overcome turnovers for blowout win - NFL.com
Nick Foles had three early turnovers as the Philadelphia Eagles got down early to the Jacksonville Jaguars. Foles, however, made enough plays in the second half to lead the Eagles to victory.

Frisky Vikings defense dominates in rout of Rams - NFL.com
The Minnesota Vikings handily defeated the Rams on Sunday to the tune of 34-6. Vikes safety Harrison Smith was impressive, recording a pick six to put the game away.

What you need to know about Sunday's injuries - NFL.com
A pair of tight ends -- the Bengals' Tyler Eifert and Jordan Cameron of the Browns -- each left their team's season openers and didn't return. Learn about the rest of Sunday's injury news.

Finally -- some info I got from the people at Delta:

Delta is the "Official Airline of Champions" and proud to be the Official Airline of the Seattle Seahawks.
Delta helped celebrate the kickoff of the 2014 Seahawks season with two activations on game day involving former Seahawks RB and league-MVP Shaun Alexander -- one at Sea-Tac airport, where Shaun helped Delta reps check in passengers for their flights, and the other in-stadium, where he appeared in the Delta Sky360 Club at Century Link Field. 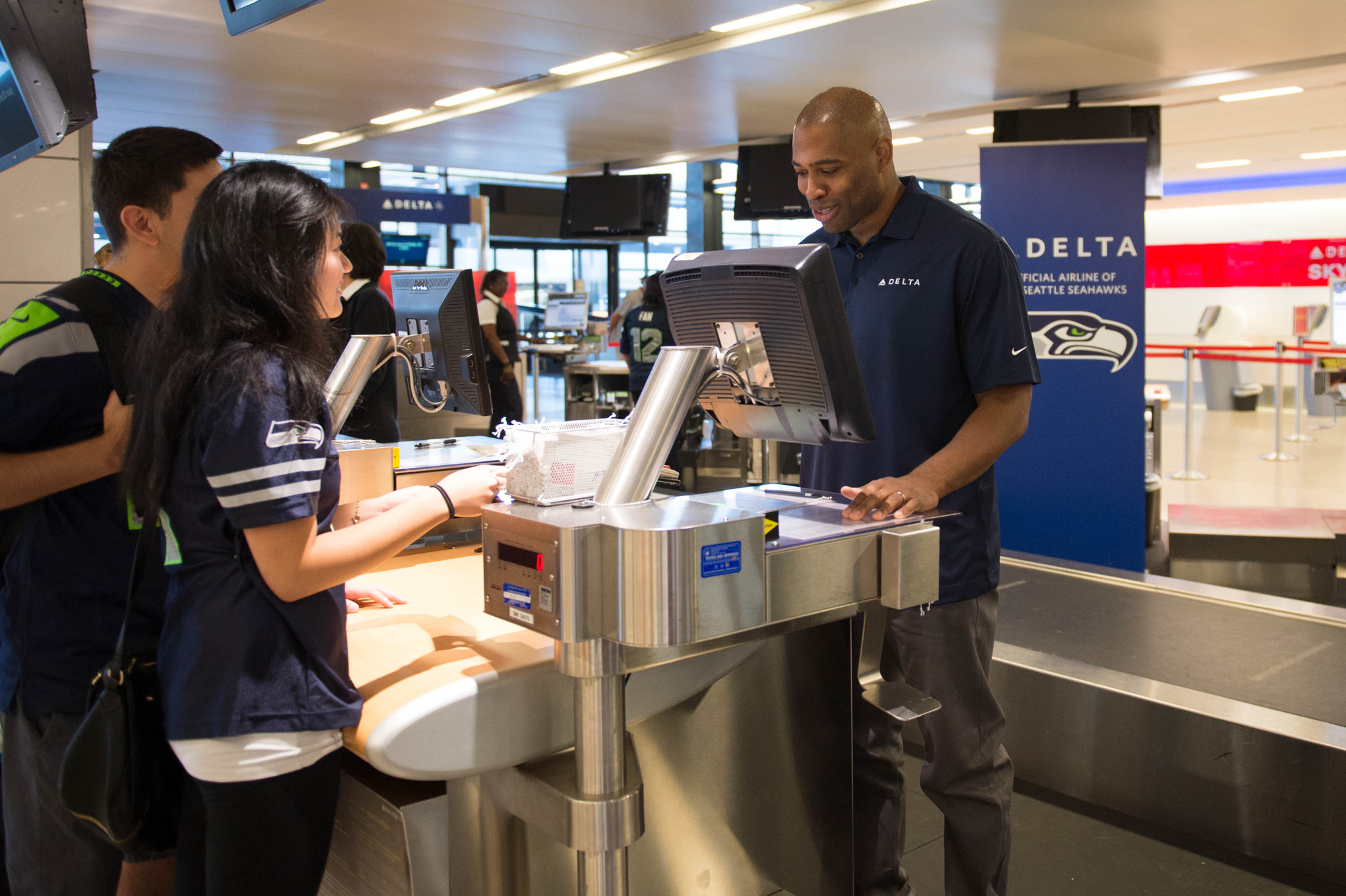 All season long, Delta will offer Seahawks fans a chance to win a Seahawks Road Trip.  For each of the team's 8 away games, fans can enter for the chance to win a pair of round trip flights, 2 game tickets and 2 nights hotel accommodations to see the Seahawks play on the road. Fans can sign up at Seahawks.com or at Delta-branded kiosks at Century Link Field. 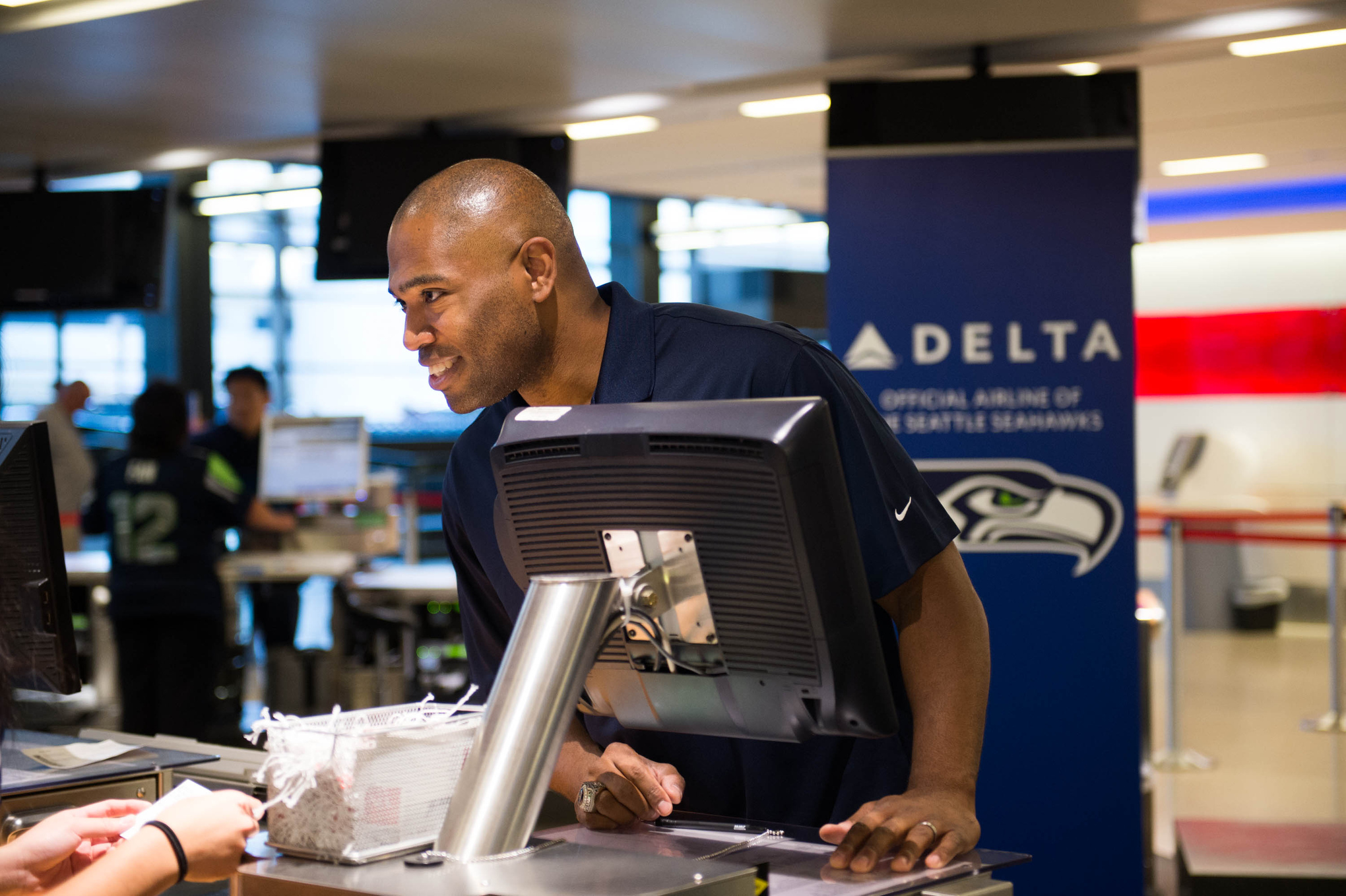 About the promotion, Alexander told Forbes yesterday, "The 12th Man travels.  Any time you give the fans the opportunity of connecting with the team they are going to try to do that."