And now we are on our 2nd installment of Field Gulls Grades, if you didn't see the first installment, you can read it here Justin Britt against Jets. Let's get all the stuff my lawyers tell me I have to say out of the way first.

Criticism is welcome, but if you're going to criticize, be ready to offer solutions. The goal here is for our community to contribute, and help evolve and fine tune the grading system and even contribute to weekly posts. Initially I'll try to do a couple posts a week, but due to my work schedule that might not always happen, and I encourage anyone else to step up and do some grading.

NFL GamePass is used to review game tape, and I'll try to use the All-22 as much as possible.

In our first post, we utilized both the PFFF grading scale and the Field Gulls Grading system. Well we're just going to get rid of the PFFF scale, because who honestly takes anything serious from anything with PFF in it?

Field Gulls Grade, or FGG for short, grades players from 0 to 1 on each individual play. The scores of all plays will be added together, and then divided by the number of total plays to get to the final grade.

Slight update, from a good suggestion by debauchedandroid, a fail is still a fail regardless of the team success/failure on said play, so references to the team play success has been removed from the scoring, except for when that failure is the main reason why the team play failed.

***If for any reason this grading system is used for or as a basis to generate income, you must credit Field Gulls community as the original contributor and you owe me 1,000% of gross income. (this is my retirment plan, so somebody please help me retire early)

On to the tape! Here's the play by play breakdown.

Some highlights and low lights to see what we have in our 1st rounder, lots to look at. 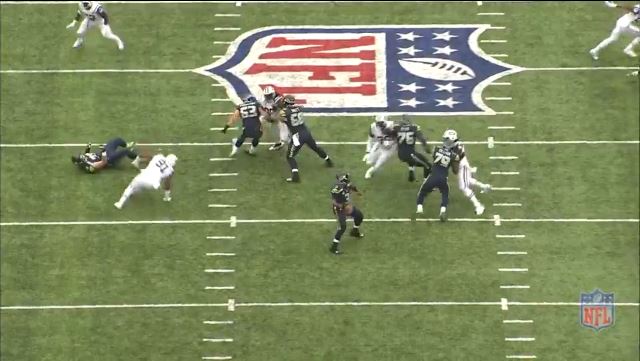 You can see that Ifedi is getting beat easily inside. Leonard Williams stunted with the outside defender coming over the top. Ifedi sees it too late resulting in a pressure, but he at least keeps Russell from getting hit 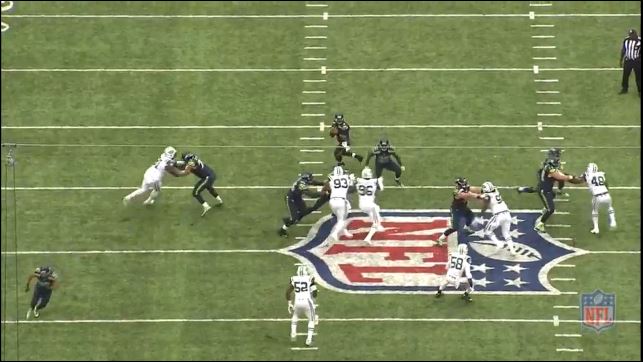 Ifedi shows his football IQ on this one as he pays attention to whats going on around him. DE stunts over the NT and is going straight up the middle of the pocket. Britt's getting there but it still partially engaged with the NT. Ifedi uses his strength and moves his feet and uses the NT's momentum to push him towards the DE. The momentum takes Britt and the NT into the DE and they both get washed out. Great team work between Ifedi and Britt on this one. 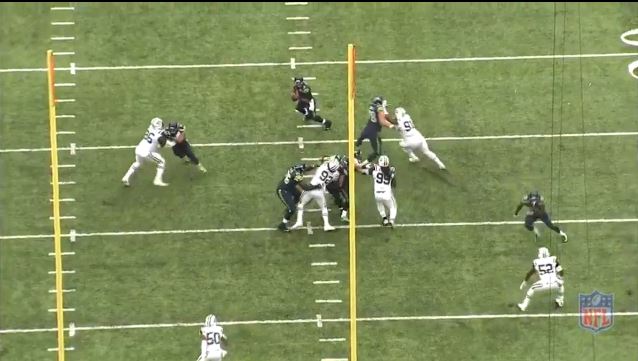 Great technique here as Leonard Williams tries to swim past Ifedi. Ifedi keeps his hands on Williams (look at the placement of his left hand) and gets leverage to push Williams out of the pocket using his momentum. Not only is his hand placement good, he keeps moving his feet. This is a play where I think Webb gets beat. 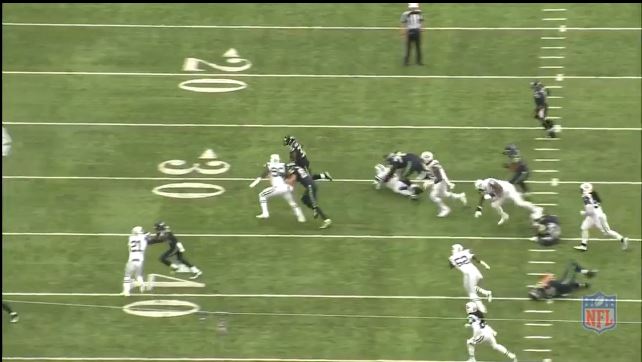 So you have a 325 lb athletic guard that can move? This is how you use him...

Ifedi actually pulls around Gilliam to be the lead blocker here, and has the LB in his sights. Ifedi takes him to the ground. 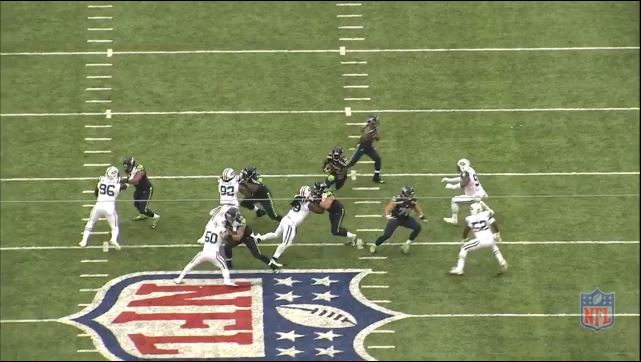 Ifedi is one on one with Leonard Williams. Britt got his hand on him as he went to the 2nd level to help Ifedi engage. Ifedi has him squared up for a solid block, Williams engages but its after CMike hits the hole. 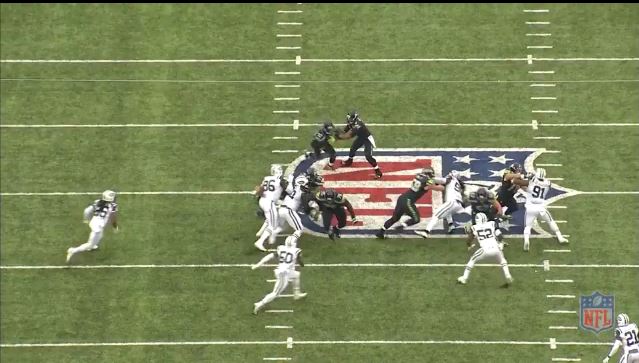 Here you can see Ifedi starting to get to the 2nd level, he had a hand on Williams to help Gilliam get the reach block...but look at that hole right behind him (and of course Britt pancaking his guy) 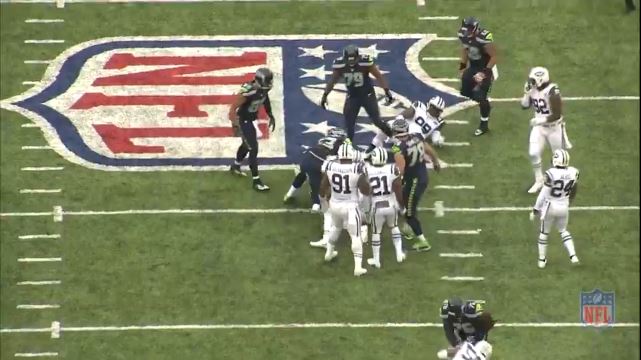 Look where Ifedi is at from where he started. He block Darren Lee almost 10 yards. An agile 325 pounder on LBs is matchup I'm sure Bevell wants to see more of. 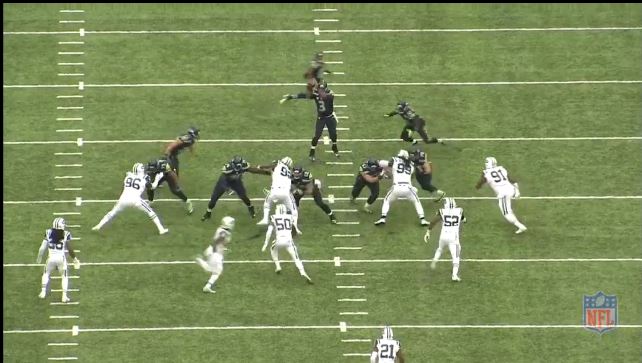 This play is a fail and its the 2nd time this happened. Ifedi gets his base too wide on his first step to the outside, opening up the gap for Williams to penetrate, luckily Britt picks him up in time to seal him off, but forces CMike to go inside instead of zone right. I think Ifedi's role here was to get to the 2nd level, but he needs to make sure Britt can get to his reach block on Williams before he takes off. 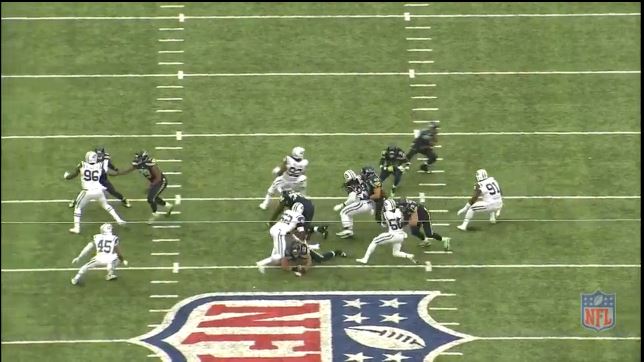 This one is ugly as Ifedi ends up on the ground. Ifedi shows poor technique and got caught leaning forward too much. He still forced Williams to go outside however, and didn't just stand there and give up. 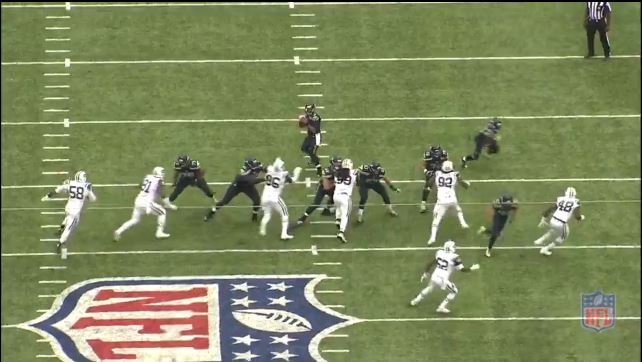 Again, Ifedi's first step is too far to the outside, opening up space for the A gap and penetration. 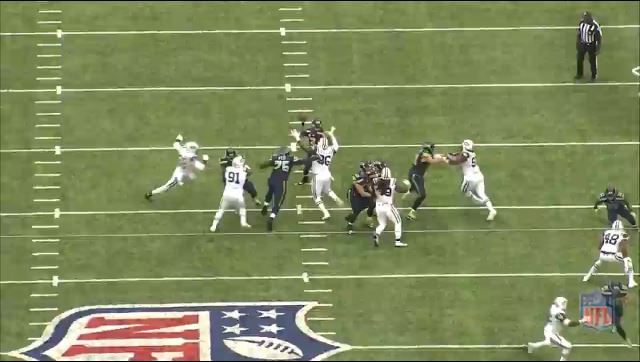 A lot of times, Ifedi is able to at least recover enough and use the defenders momentum to push them past the pocket. here he wasn't able to with the defender causing Russell to throw it early when he had Willson on the seam. Russell got clobbered on this play. 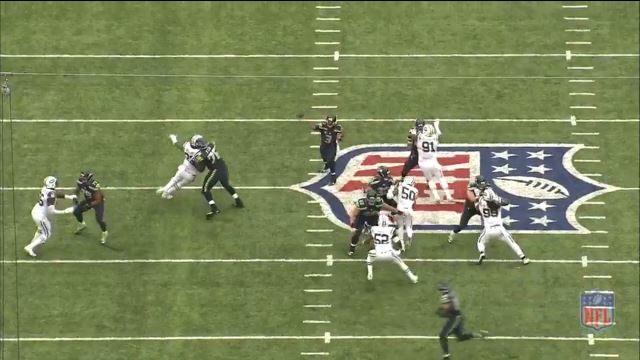 This is probably my favorite play of the game by Ifedi. Look at all that space Russell has. Leonard Williams tries an outside move and tries to get the edge on Ifedi. Ifedi gets his hands on Williams, uses his feet to mirror him, and uses his strength and technique to anchor and not give up any ground into the pocket. I don't know how he'll do against Aaron Donald, but here he shows that he can handle power rushers. 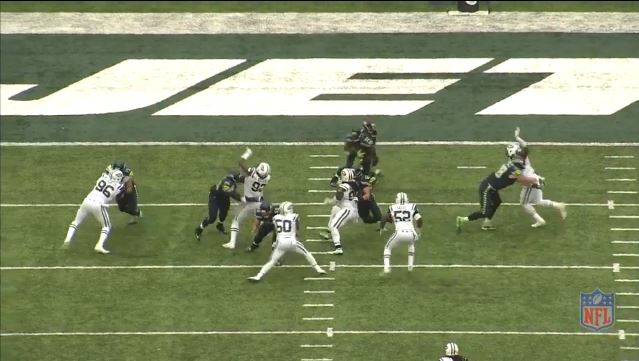 My 2nd favorite play by Ifedi. Williams tries to swim inside and Ifedi's first punch knocks him off balance. Williams can't recover to make a play. Michael reads Ifedi's butt and runs right behind him for 8 yards. 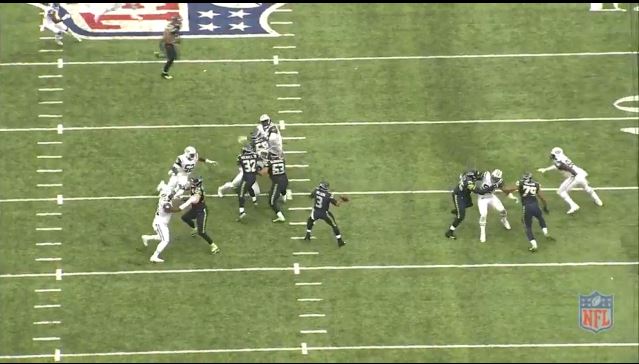 Once again Williams tries to go outside and get the edge on Ifedi and once again Ifedi uses his strong hands, good footwork and technique to stop his rush. 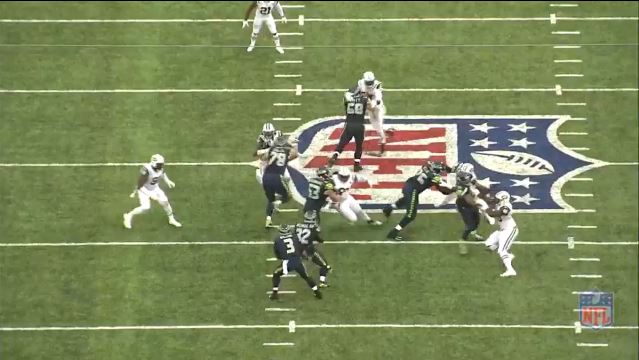 Ok I lied, THIS IS MY FAVORITE PLAY BY IFEDI, and it was at the end of the game. See that leverage he has on Leonard Williams? 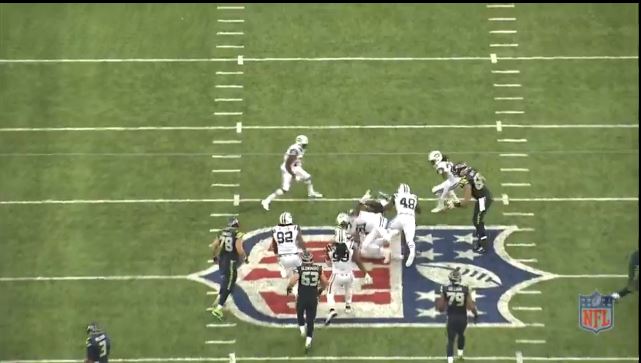 He used that leverage to kick Leonard Williams' ass on this play. See that leg on the right? Yeah that's Ifedi, blocking Williams way out of the play, late in the 4th quarter. If you have a big, mean OL that can block that hard at the end of a game, you're going to have a good running game and a tired defense.

For the Field Gulls Grade, Ifedi earned a 71% score in his NFL debut, which I would say is pretty good for a rookie up against one of the NFLs better defensive lines. His score isn't as good as Britt's at 77%, but Ifedi definitely showed enough that he belongs in the NFL. He had more failure plays than Britt, but it was mostly due to lapses in technique which is to be expected coming from a spread system, but they are all easily correctable.

1. Ifedi battled Leonard Williams for the majority of the game, and I would say that he won that battle. He was beat on a few plays and that's to be expected from a rookie, but he went toe to toe with him the entire game. I think it's fair to say that Williams probably was tired of it by the end of the game, by looking at the last highlighted play above.

2. Once Ifedi gets his hands on a defender, its over for them. He has some big strong mitts, and once he latches on, the defender is going to have a hard time disengaging. On most plays defenders were engaging too late when he had a good block on.

3. The key to him latching on his blocks is not just his strength but his footwork. He showed great footwork in keeping his feet moving, and using the defenders momentum to his advantage.

Bold Prediction: I don't think he gets moved out to tackle next year unless there is no other option. If he were to go to tackle he might need to lose 5-10 lbs to have better lateral mobility, but at guard, I think he has an All-Pro ceiling. Not this year and maybe not next year, but the ability, skills and tenacity are there. I bet the entire coaching staff see this and I would not be surprised to see him stay at G for his career, he's a difference maker there.

I was able to sneak this one in today and might be able to get one more done by the end of the week, if not we'll start back up next week after the bye.

Who should we take a look at next?