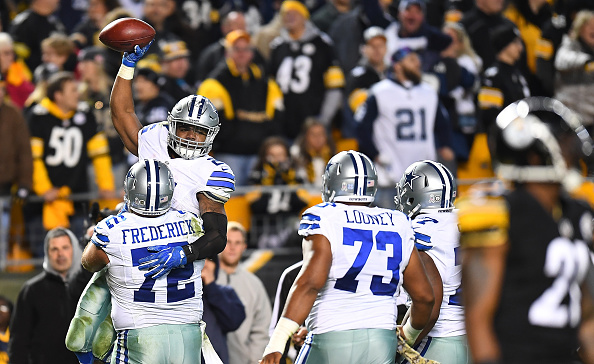 The Seahawks and Patriots weren't the only teams engaged in a fun game with an intense and highly dramatic finish. Week 10 produced by far the best games (and best ratings) of the weekend, including multiple insane game-winning scores and defensive plays and stands in the final seconds of regulation.

With the New England Patriots Enemy Reaction already released (you should really read it), I'm offering up a bonus edition of Enemy Reaction to spotlight the craziness from Sunday. We'll be heading to Charlotte, Washington, New Orleans, San Diego, and then finish things off in Pittsburgh. 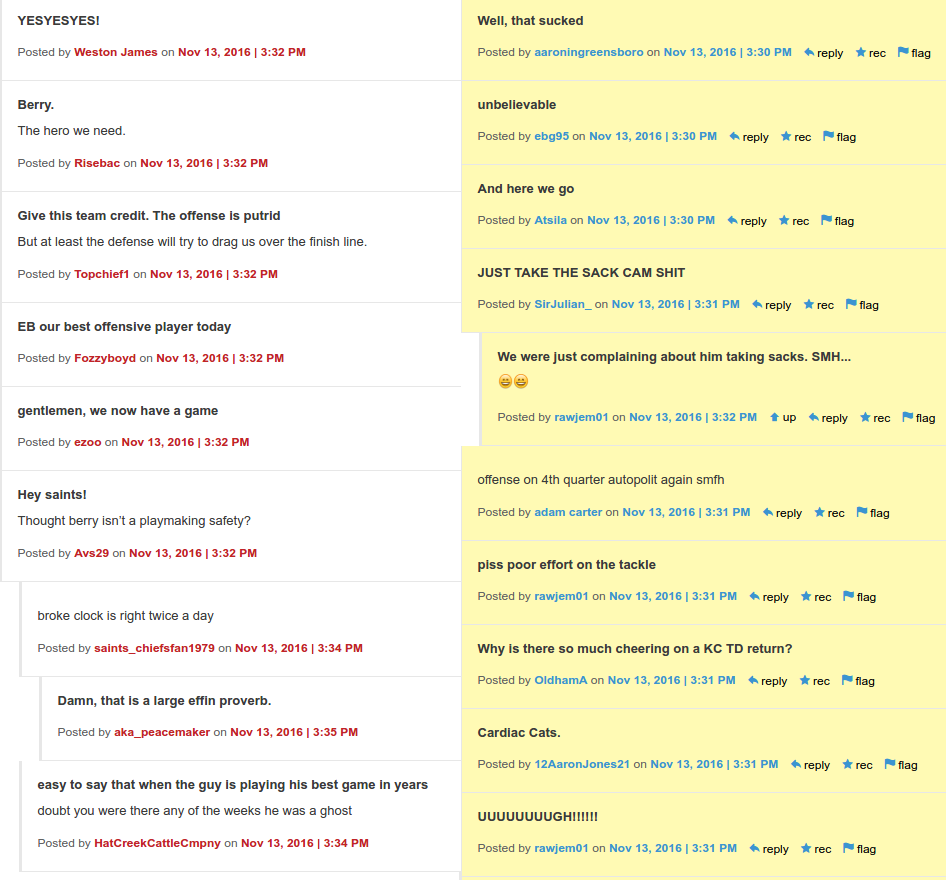 Kelvin Benjamin has the ball ripped away by Marcus Peters, who gets a 5-yard penalty for punting it into the stands (17-17) 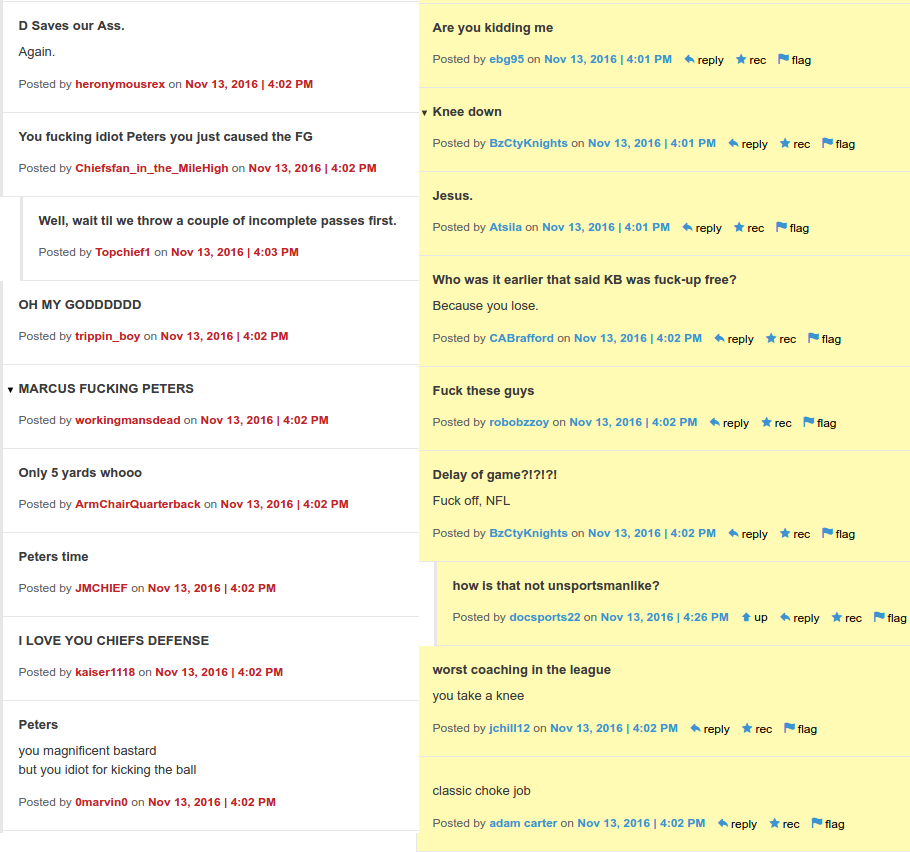 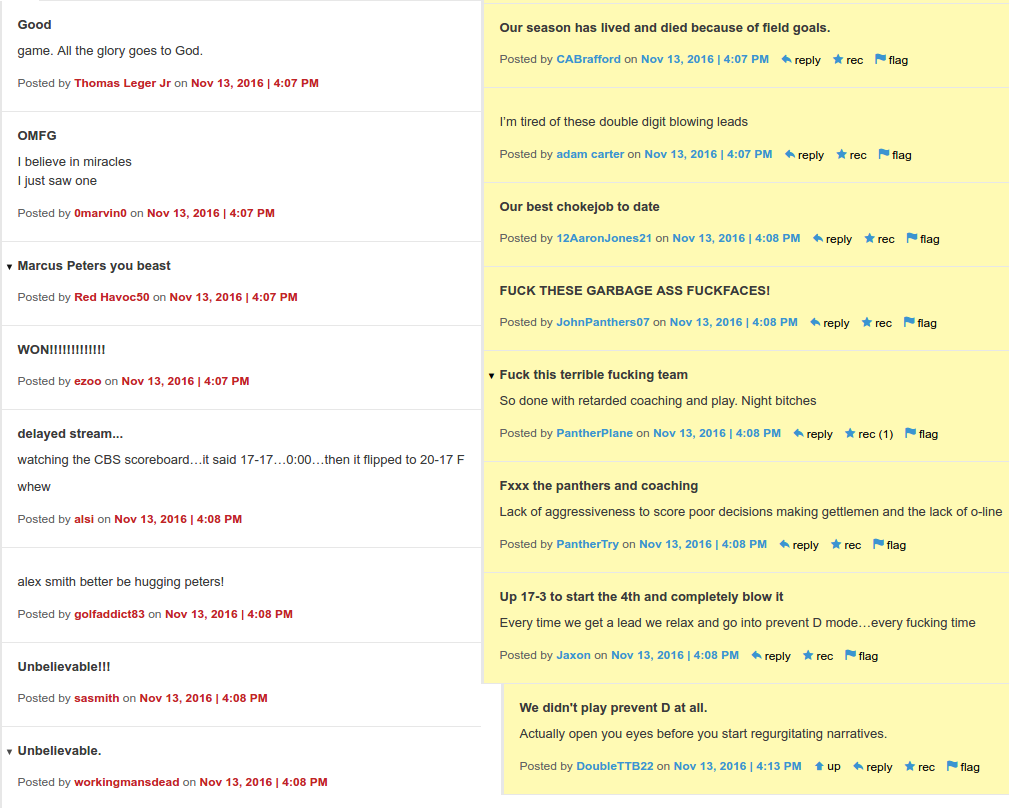 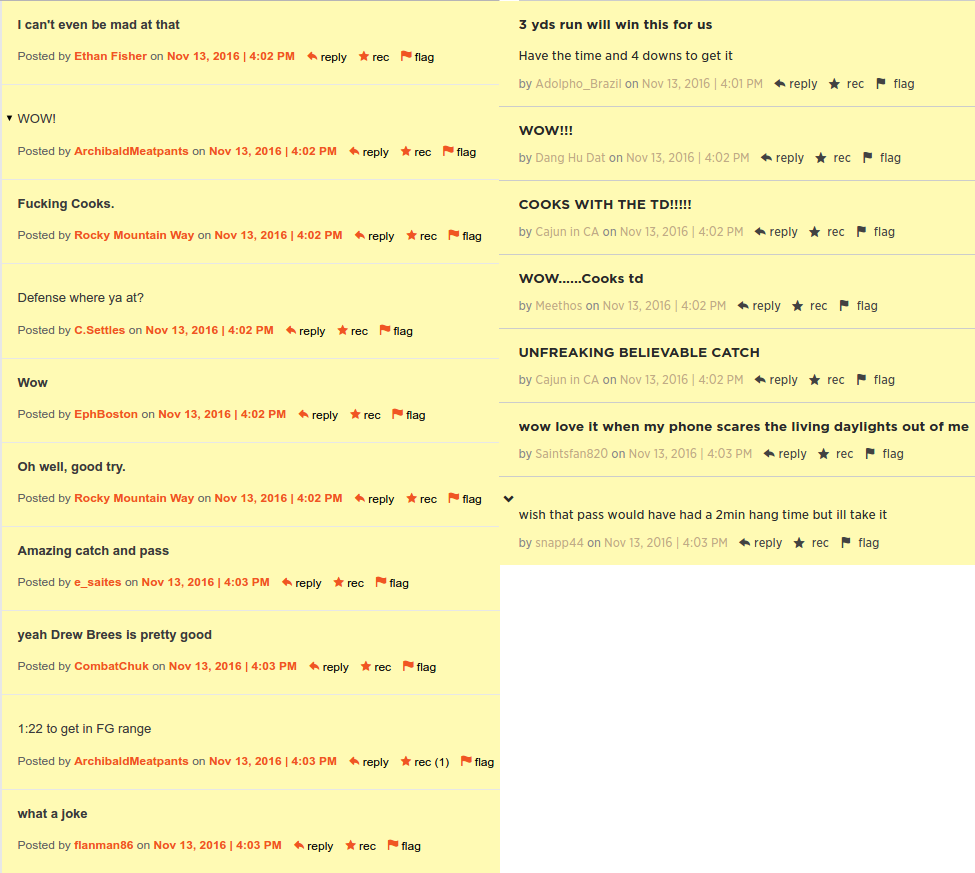 Broncos block the PAT, return it for the winning two points, but should it have counted? (25-23 DEN) 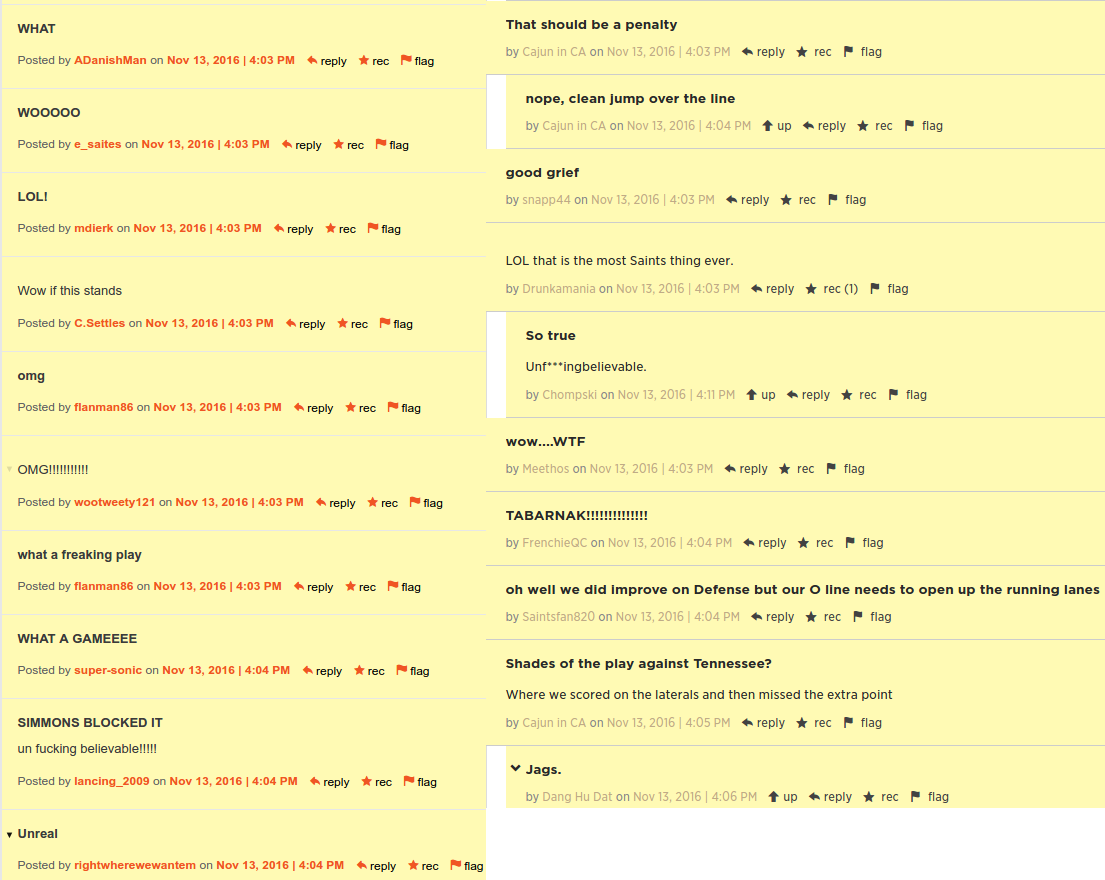 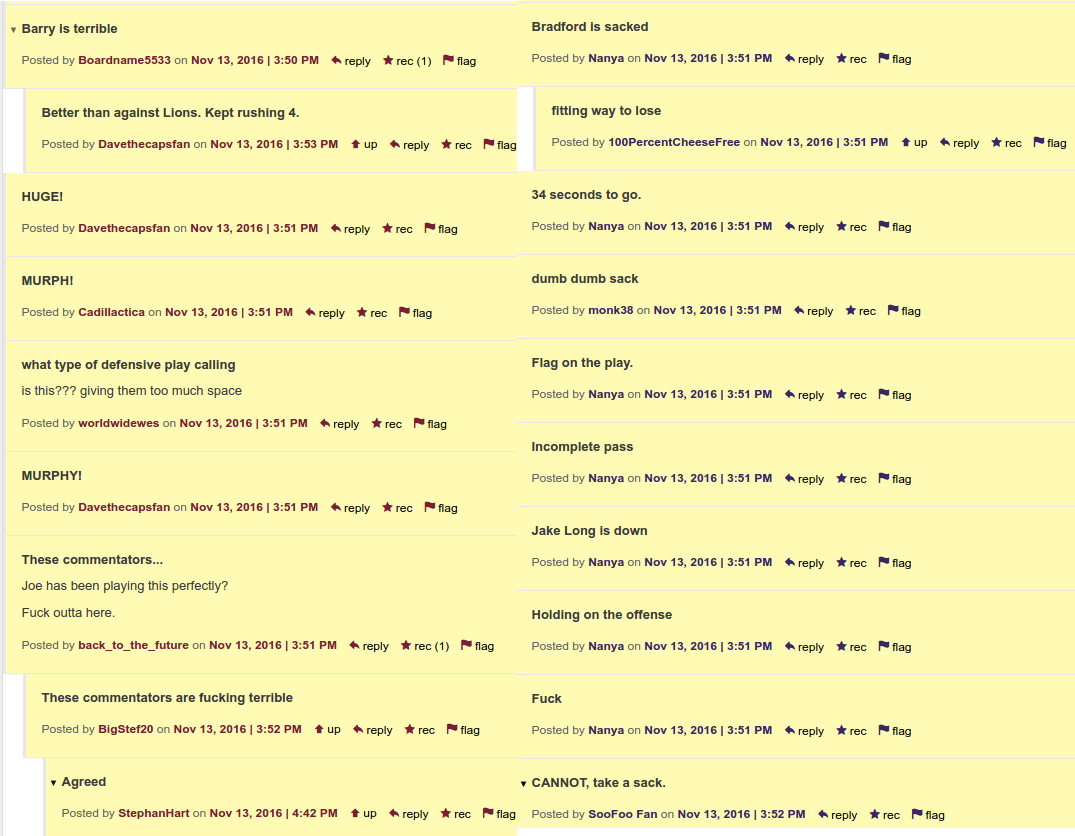 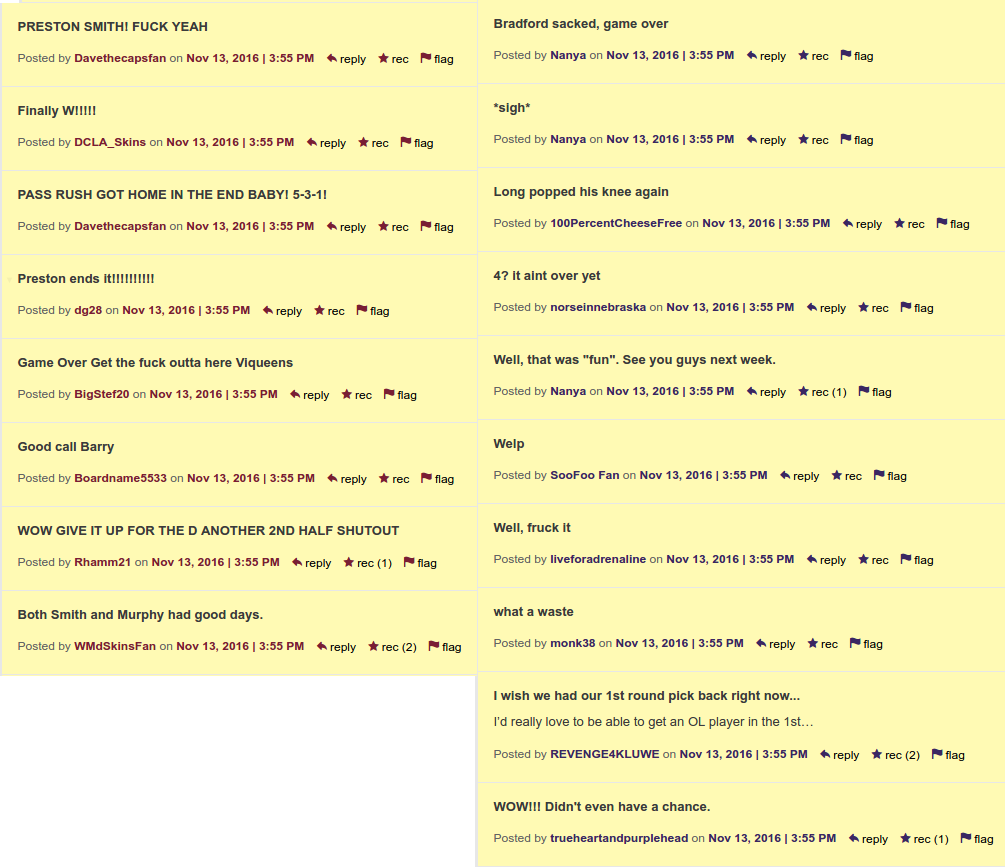 Miami (The Phinsider) at San Diego (Bolts From the Blue)

Phillip Rivers has incredible meltdown, throws his 3rd INT of the 4th quarter, a game-losing pick 6 to Kiko Alonso (31-24 MIA) 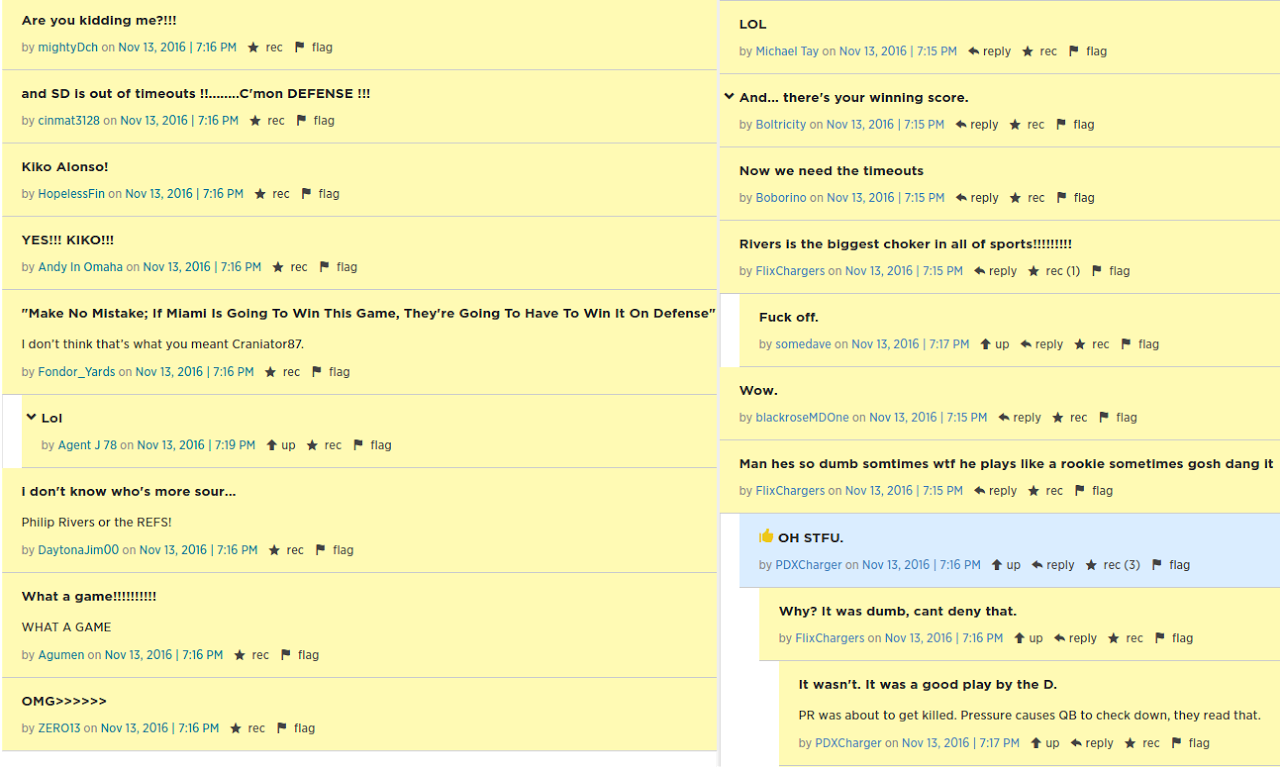 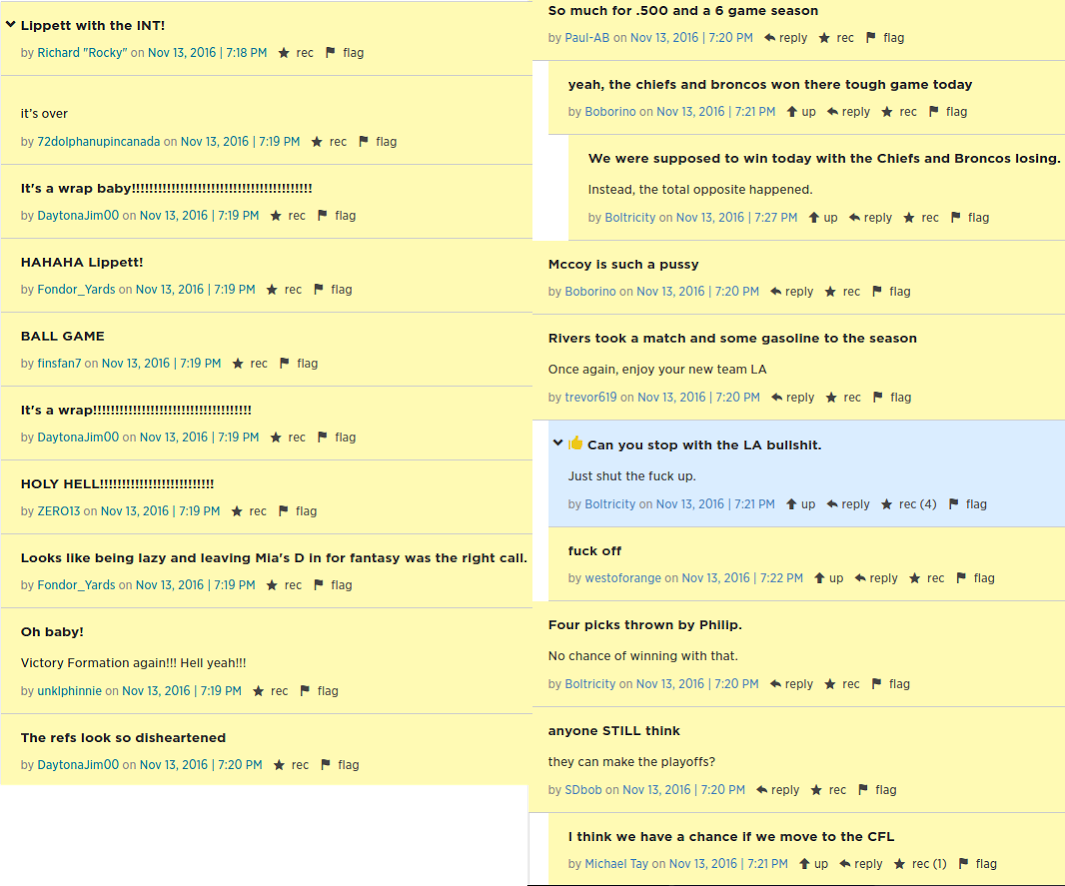 Dallas (Blogging the Boys) at Pittsburgh (Behind the Steel Curtain) 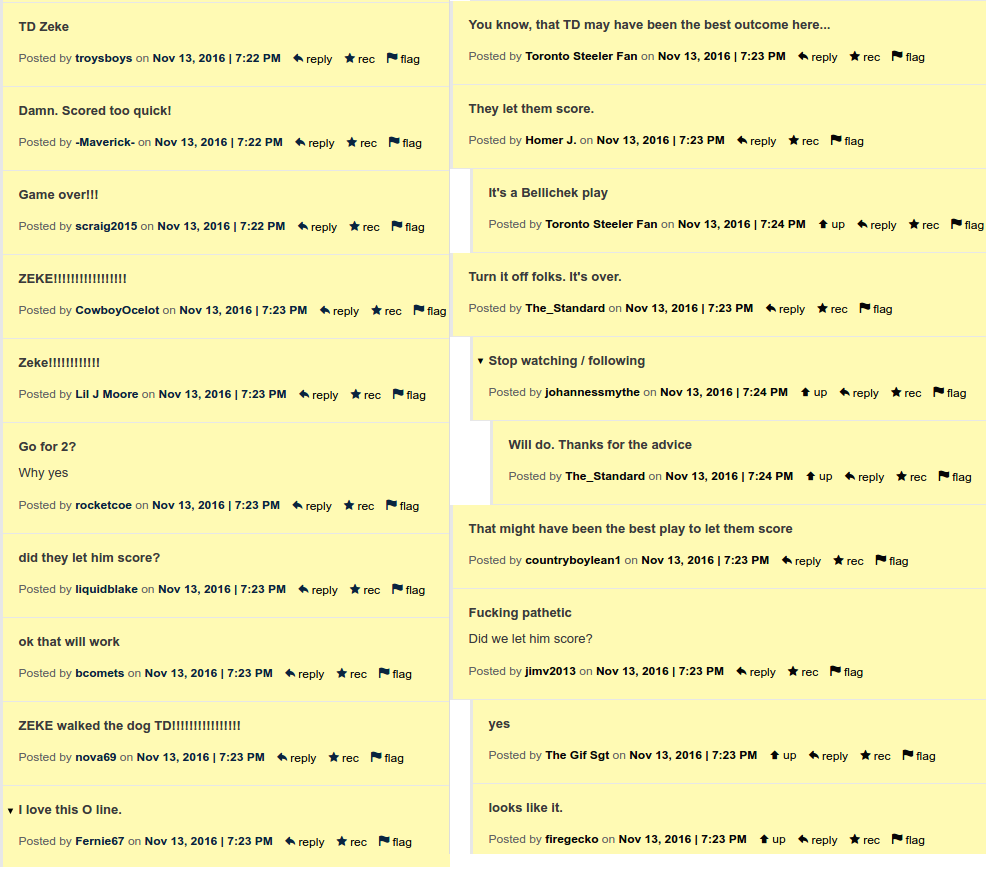 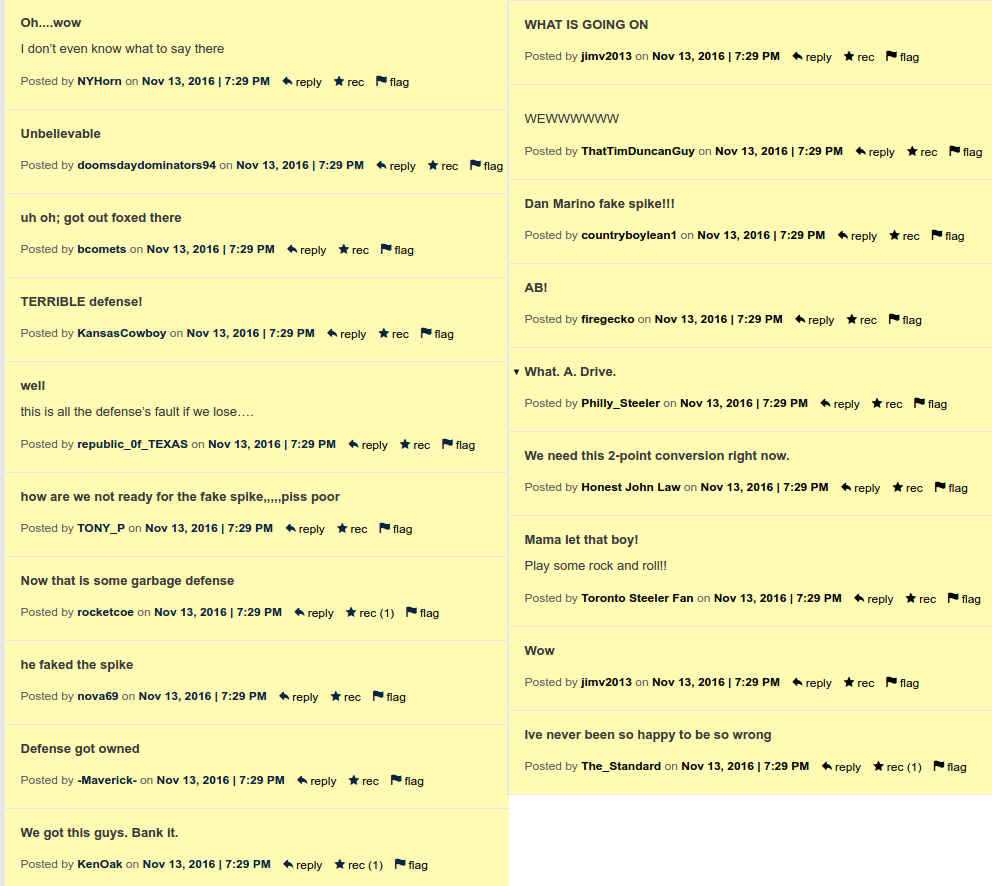 After face-mask penalty puts Dallas in FG range, Elliott runs in for the easiest winning touchdown ever (35-30 DAL) 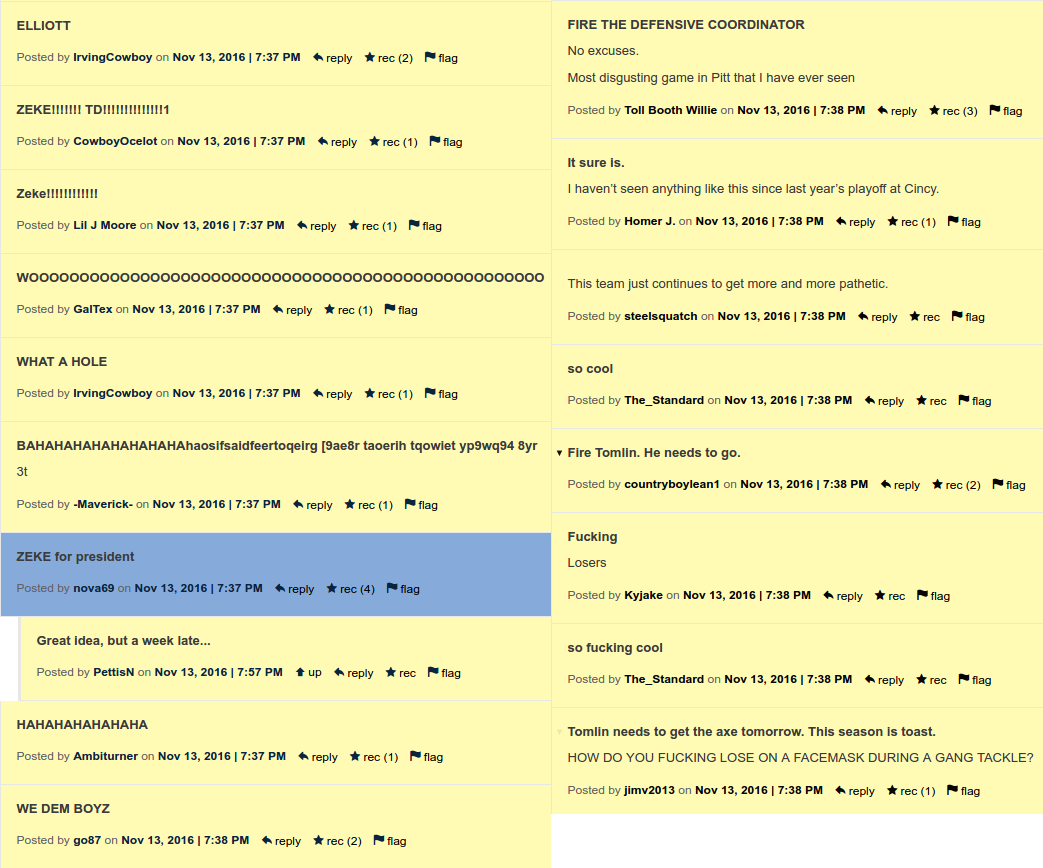 Hope you enjoyed this little bonus Enemy Reaction and ideally I'll be back here next Tuesday with Enemy Reaction: Philadelphia Eagles. Thanks for reading and Go 'Hawks.

Who had the best game thread reactions?