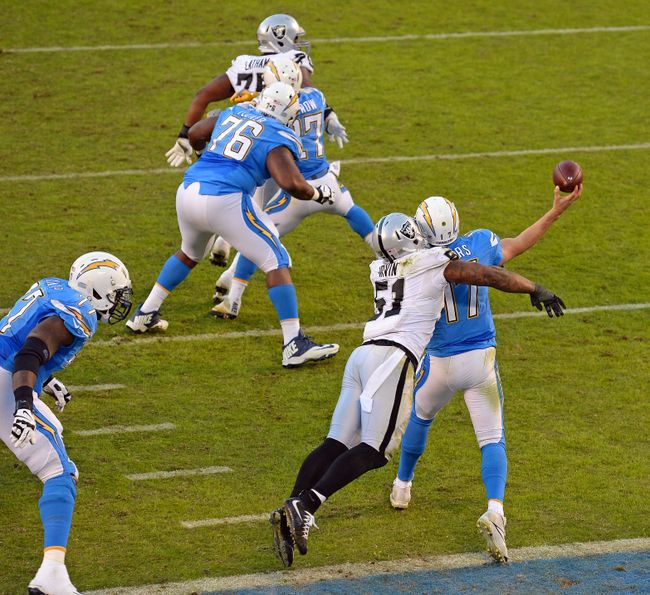 The 2016 NFL regular season is almost over, and that means it's time for Enemy Reaction to do some whiparound coverage of all of the exciting playoff races. New England clinched the AFC East and a first-round bye, Oakland clinched a playoff berth, but Washington no longer can win out and qualify for the playoffs, Detroit is no longer the #2 seed (thanks, Giants!), Minnesota's dwindling hopes have been dashed, and Indianapolis' great performance against the Vikings may very well be for naught due to wins by Tennessee and Houston.

It's nothing but gamethread reactions and GIFs for this Enemy Reaction. Some plays will feature just one team's reaction, and some games will include reaction from teams who are scoreboard watching. The drama is just heating up as the year winds down, so let's get right to it, starting in The Meadowlands and ending in Landover, Maryland. 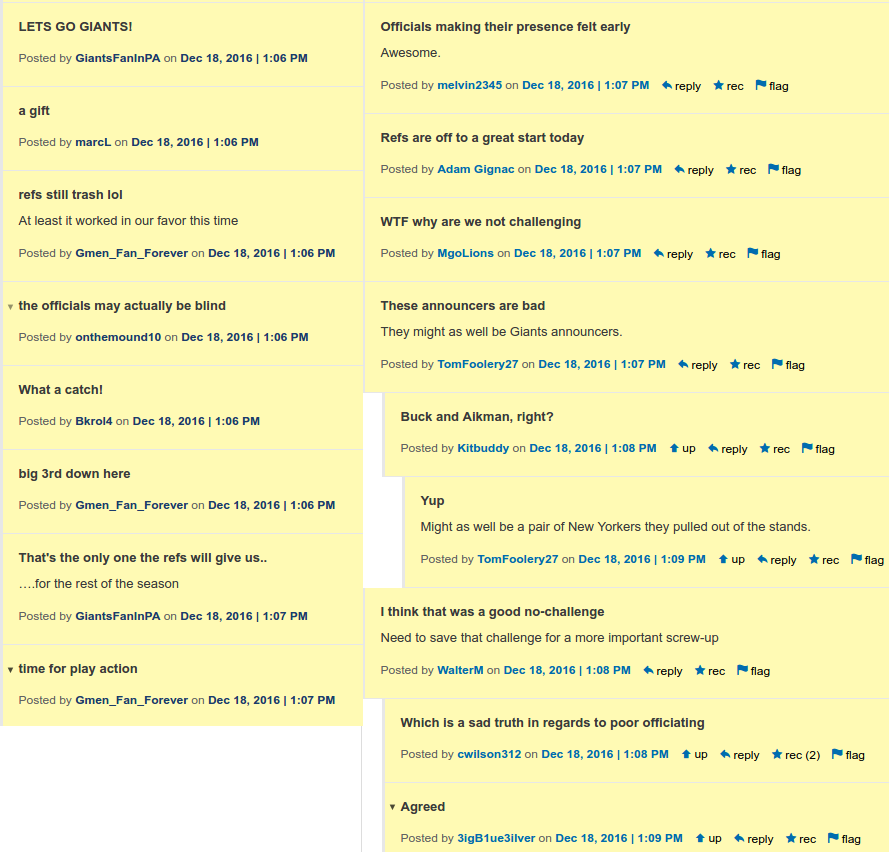 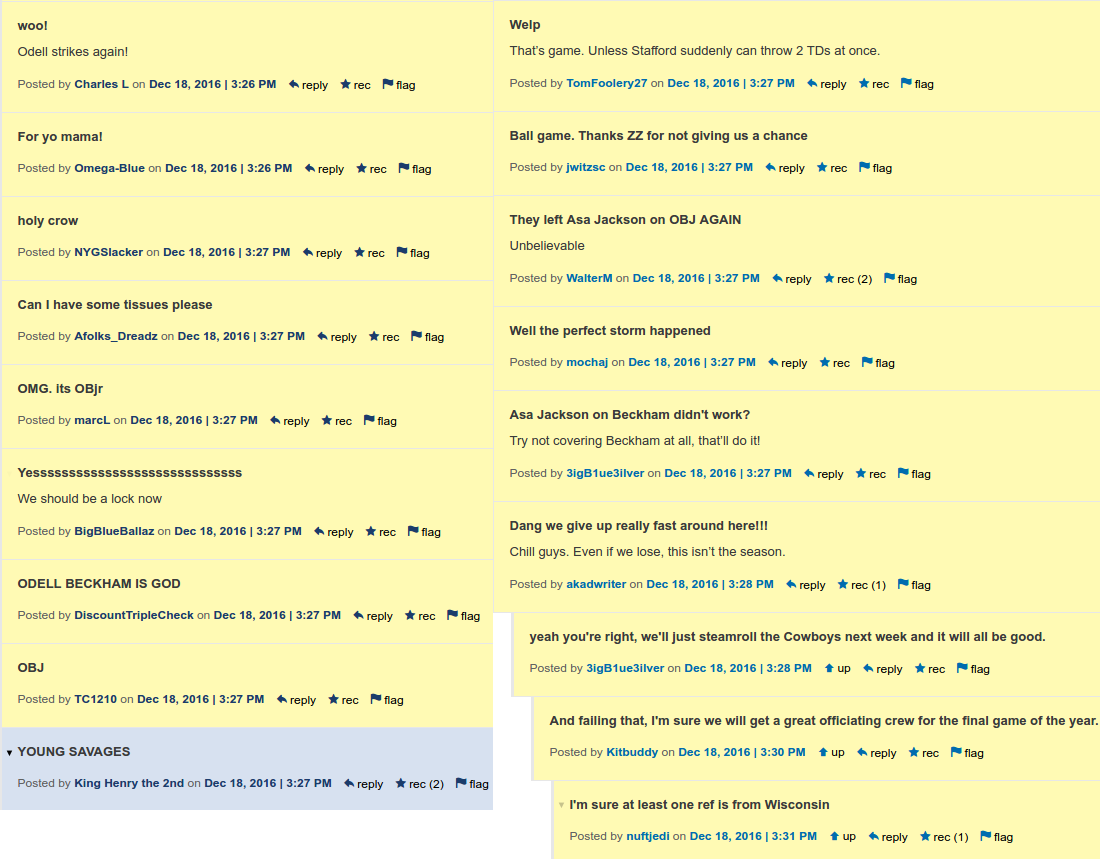 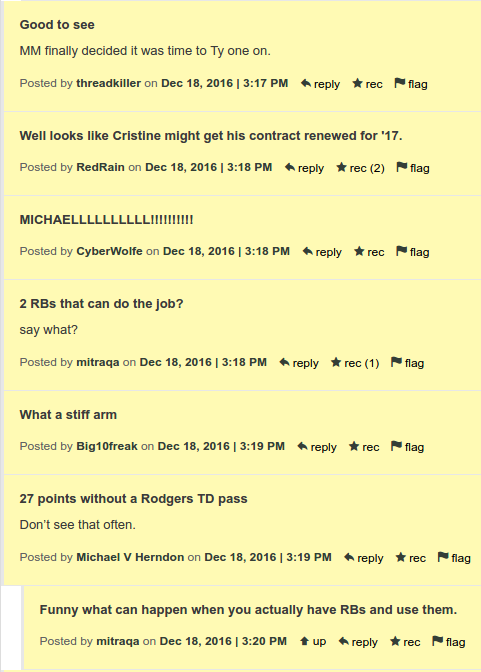 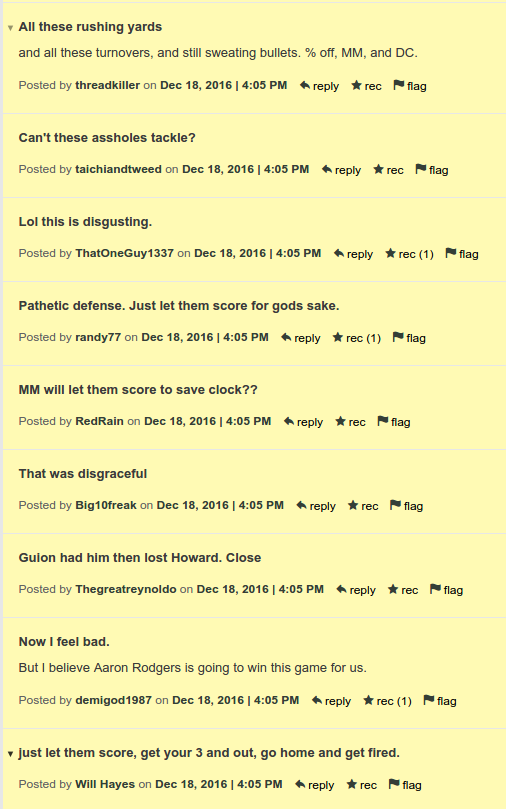 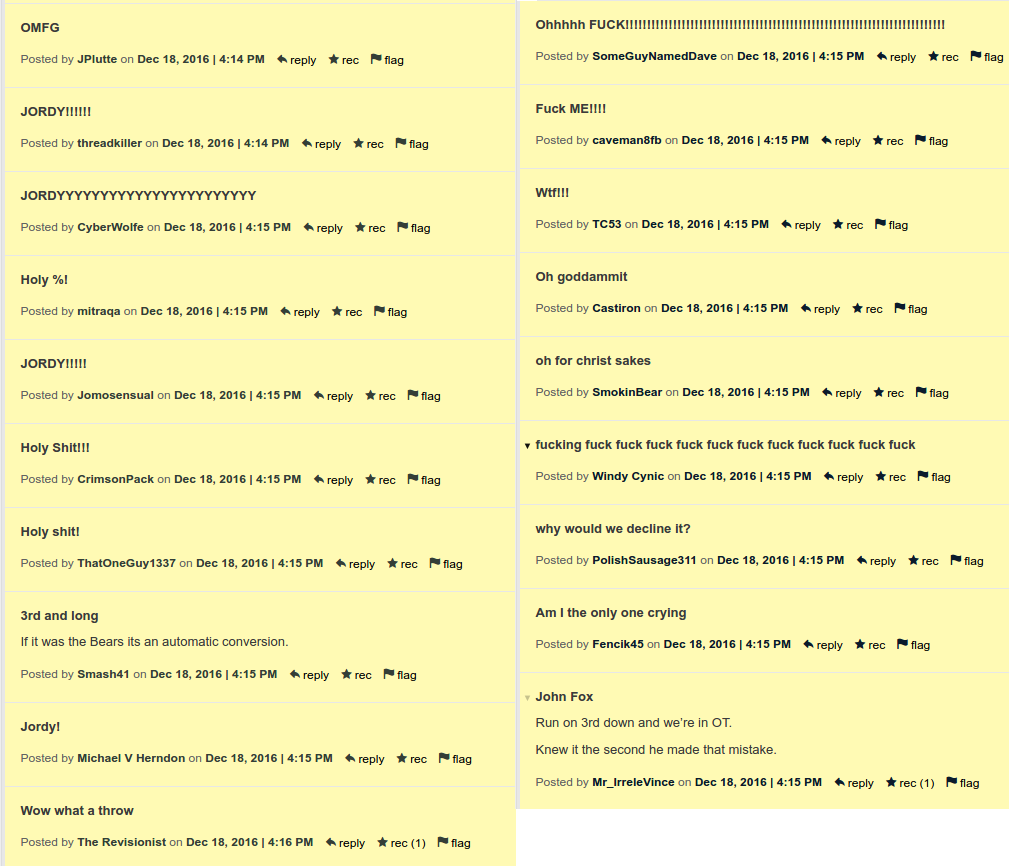 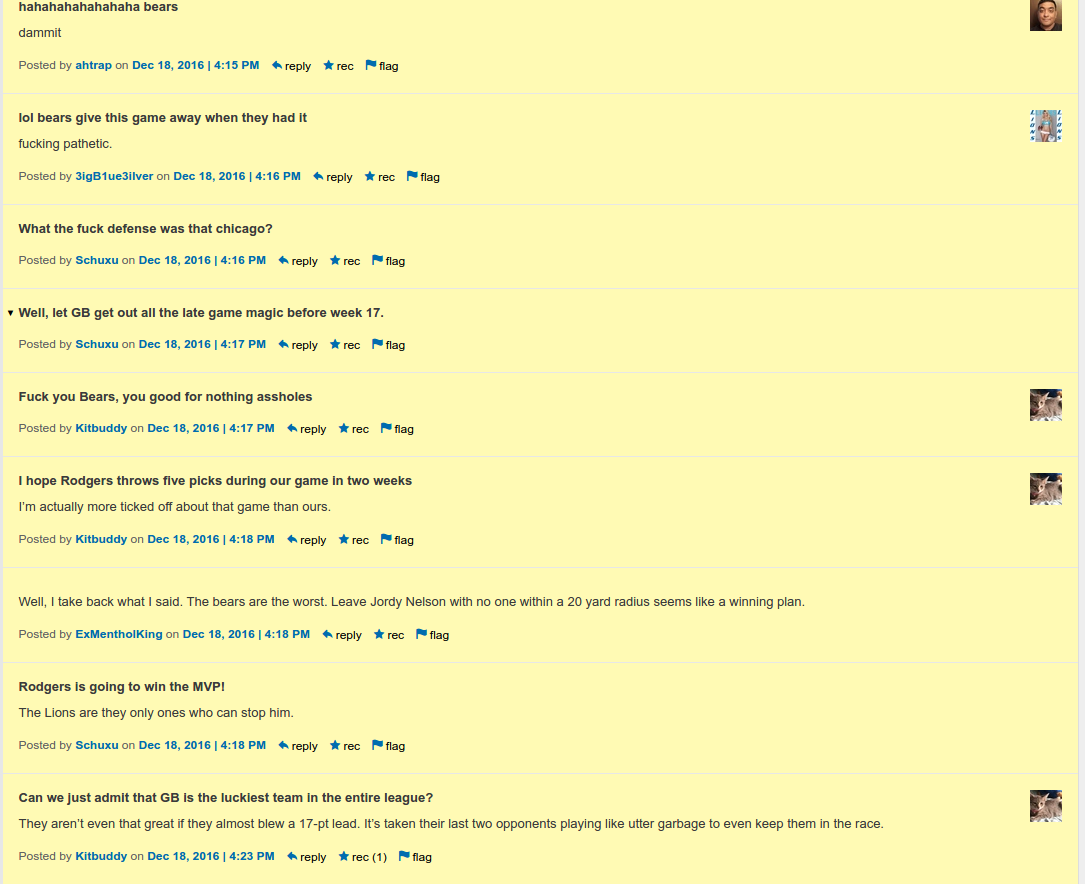 Eagles go for 2 and the win, but Ravens defense hangs on to stay alive in AFC North race (27-26 BAL FINAL) 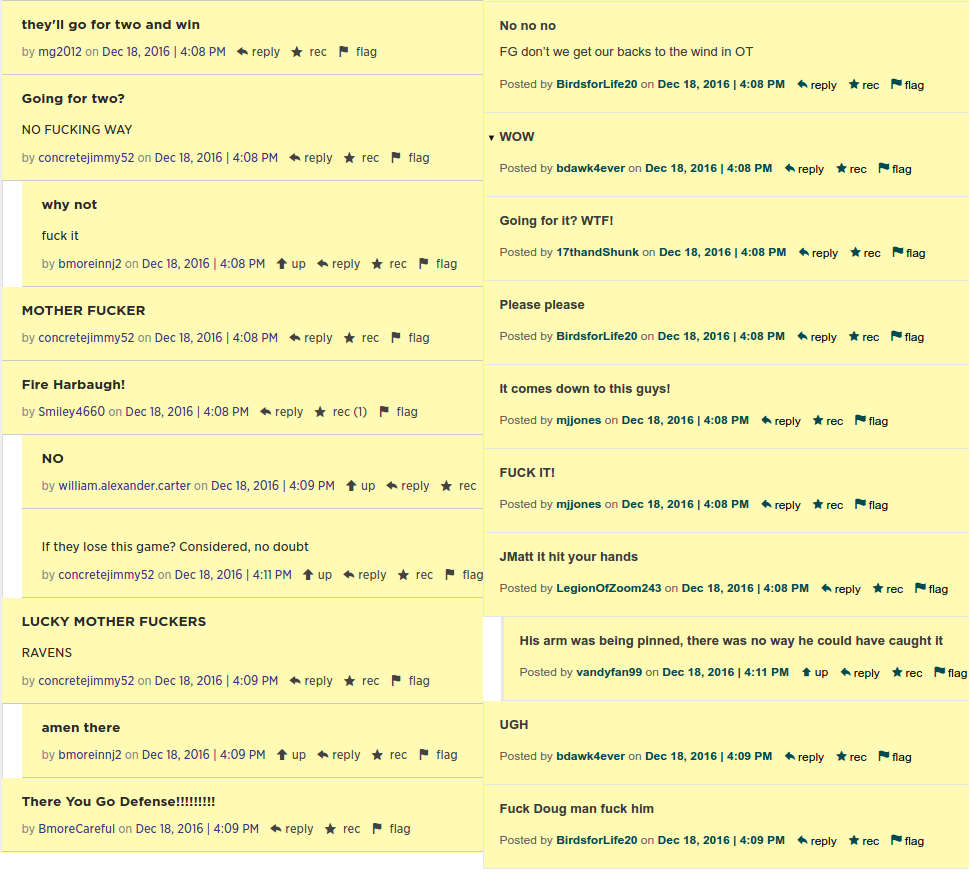 Pittsburgh (Behind the Steel Curtain) at Cincinnati (Cincy Jungle) 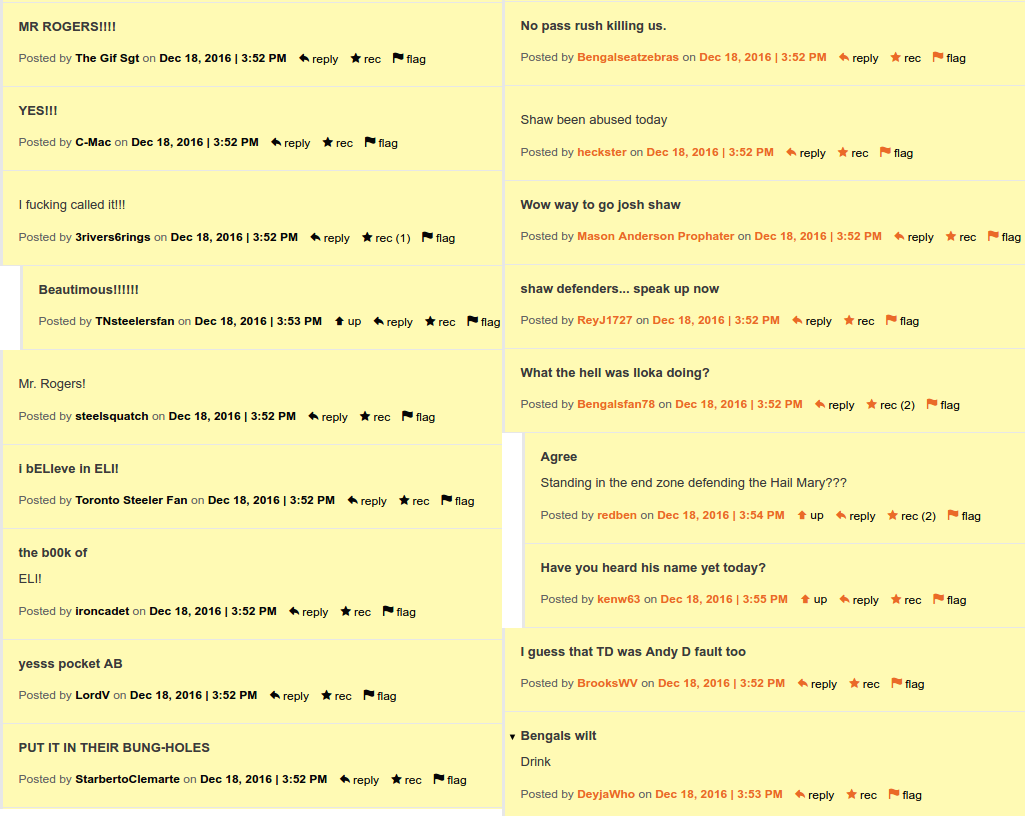 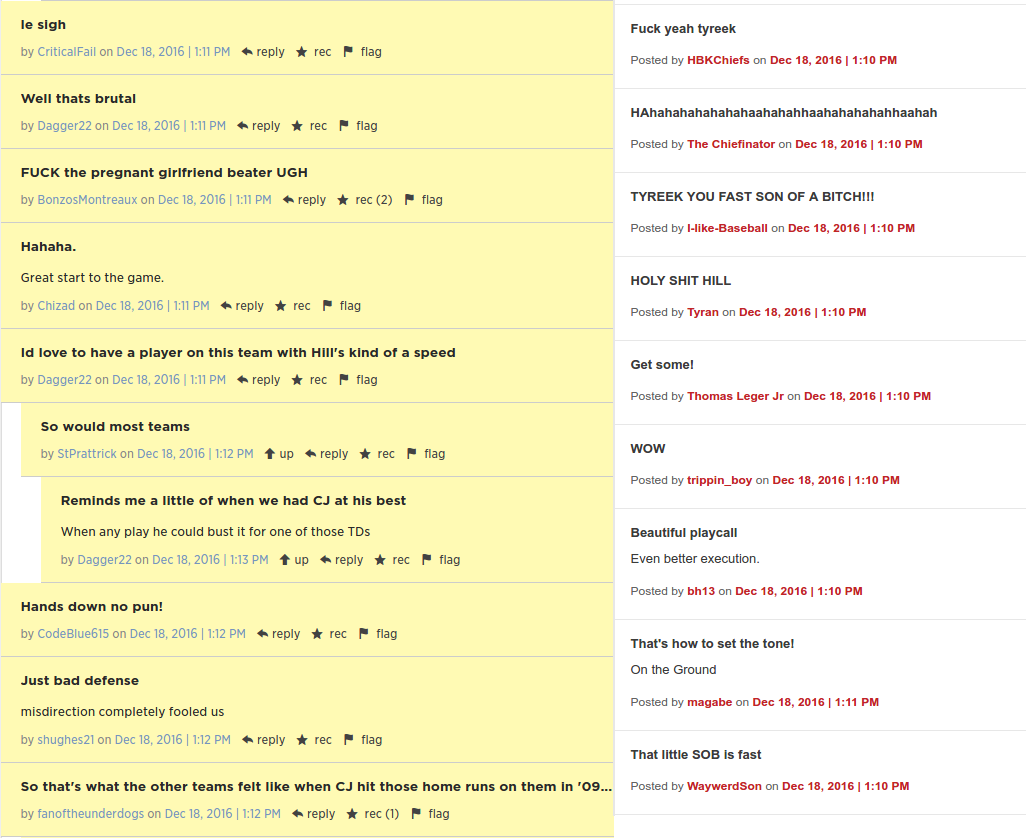 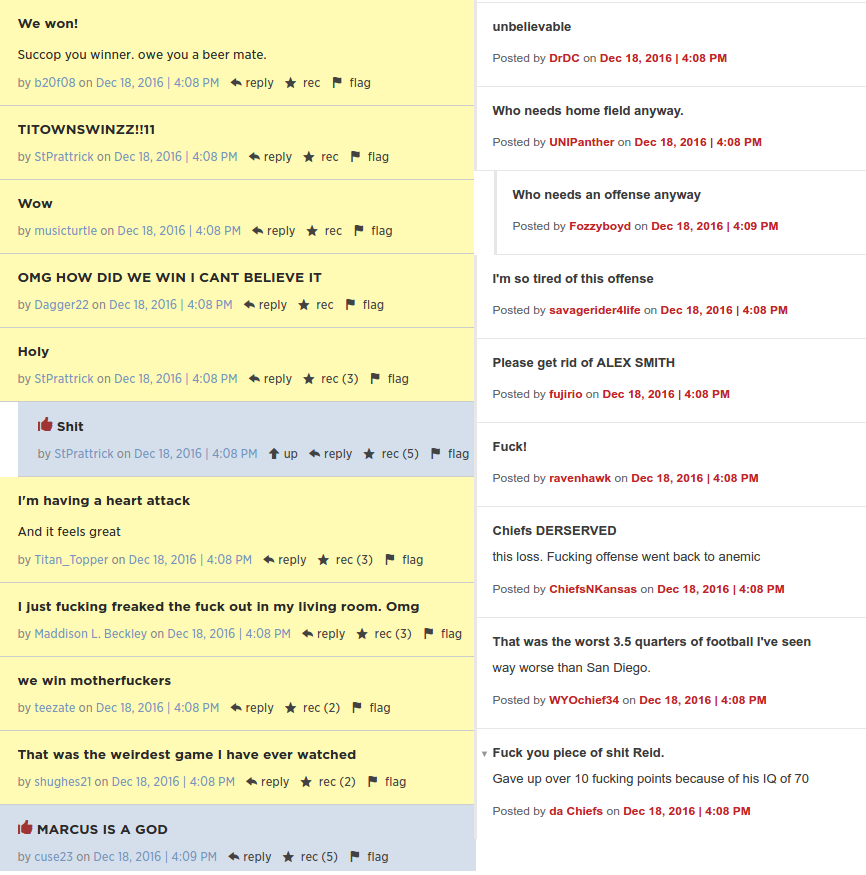 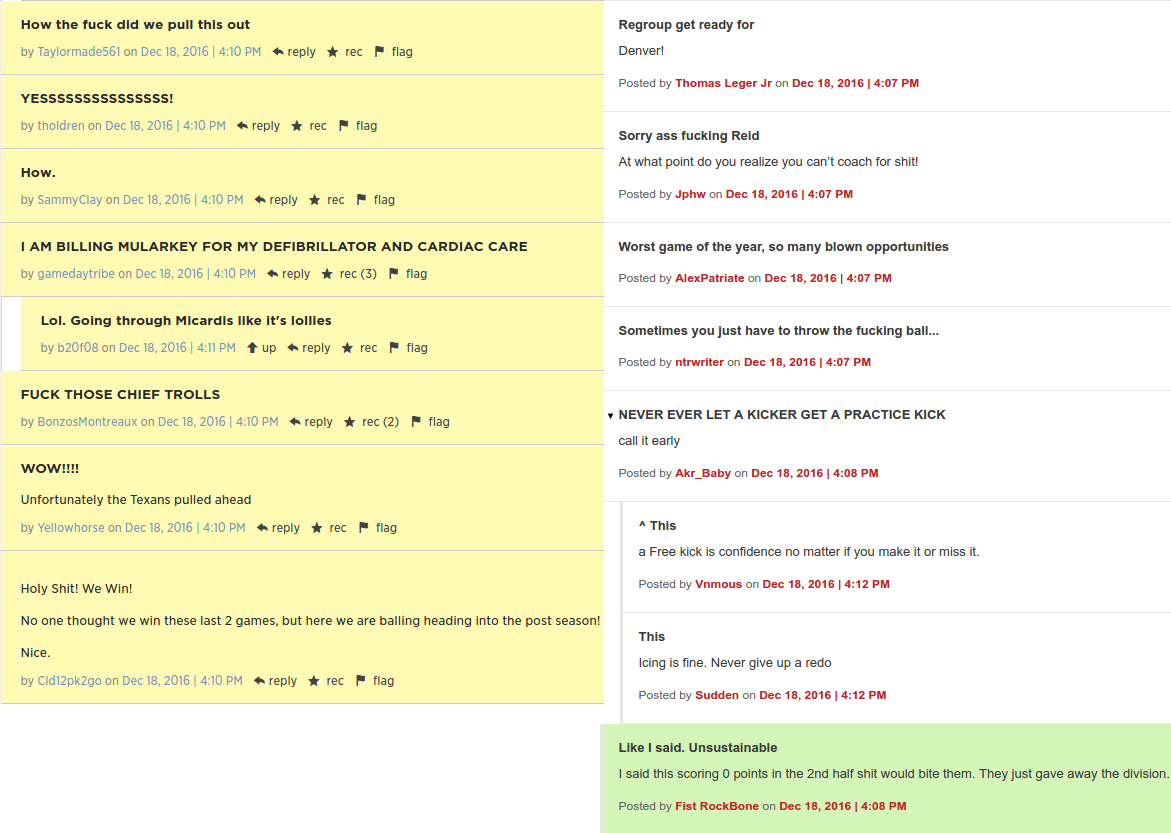 Brock Osweiler throws his 2nd interception of the 1st half 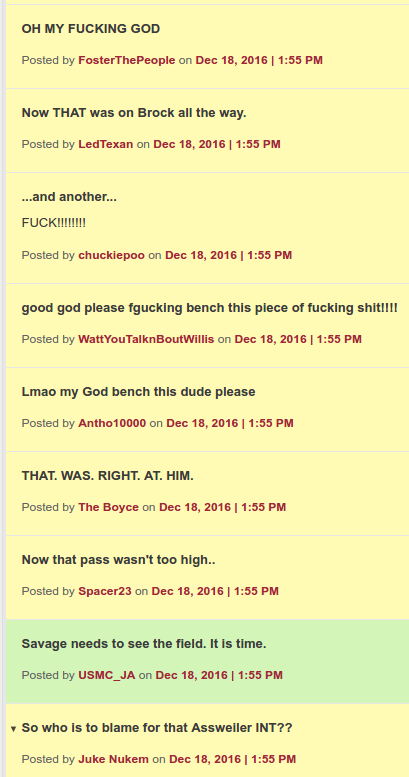 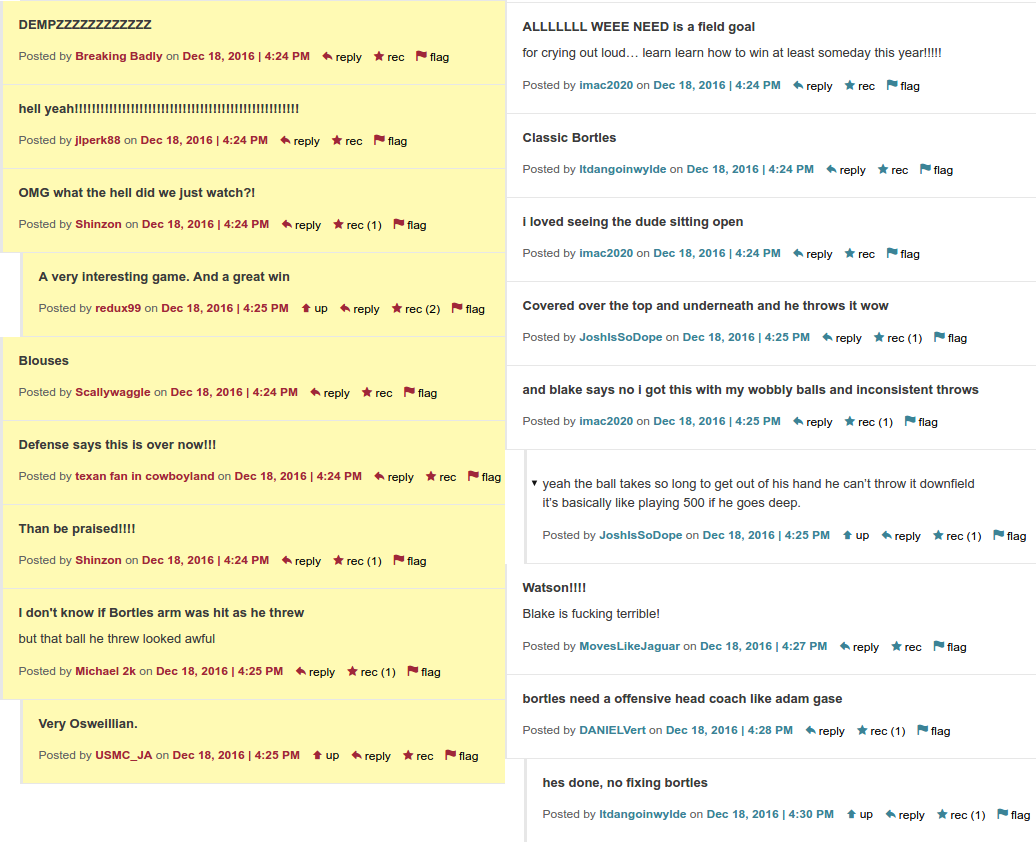 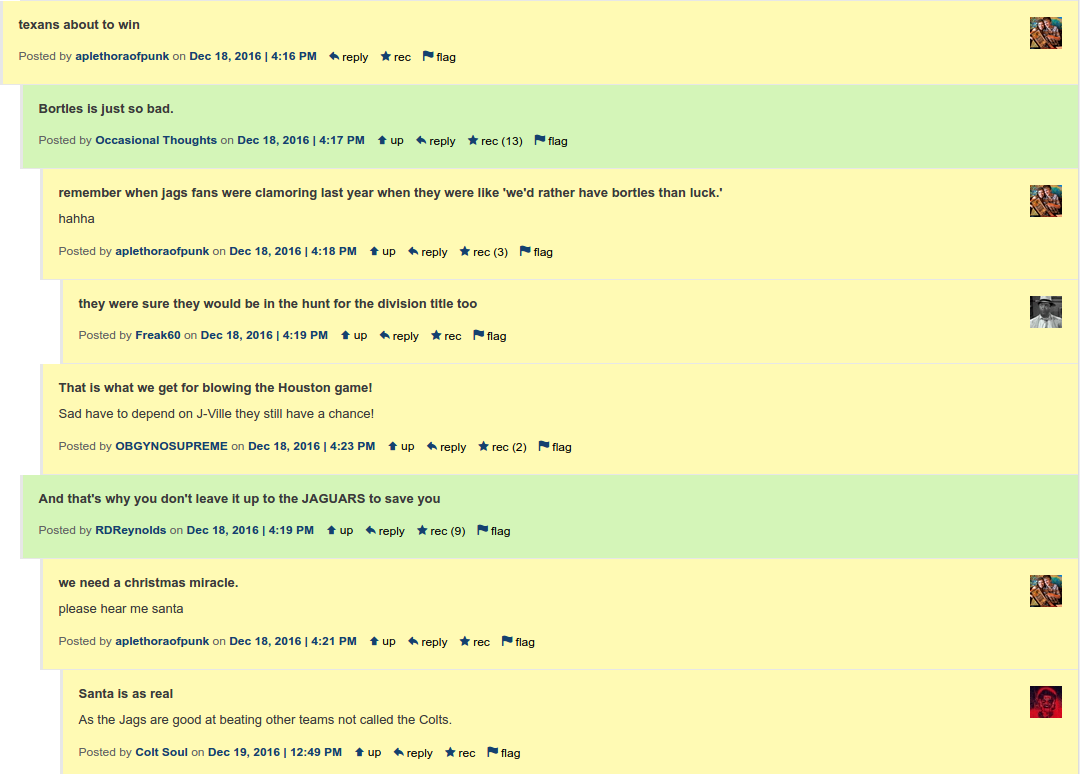 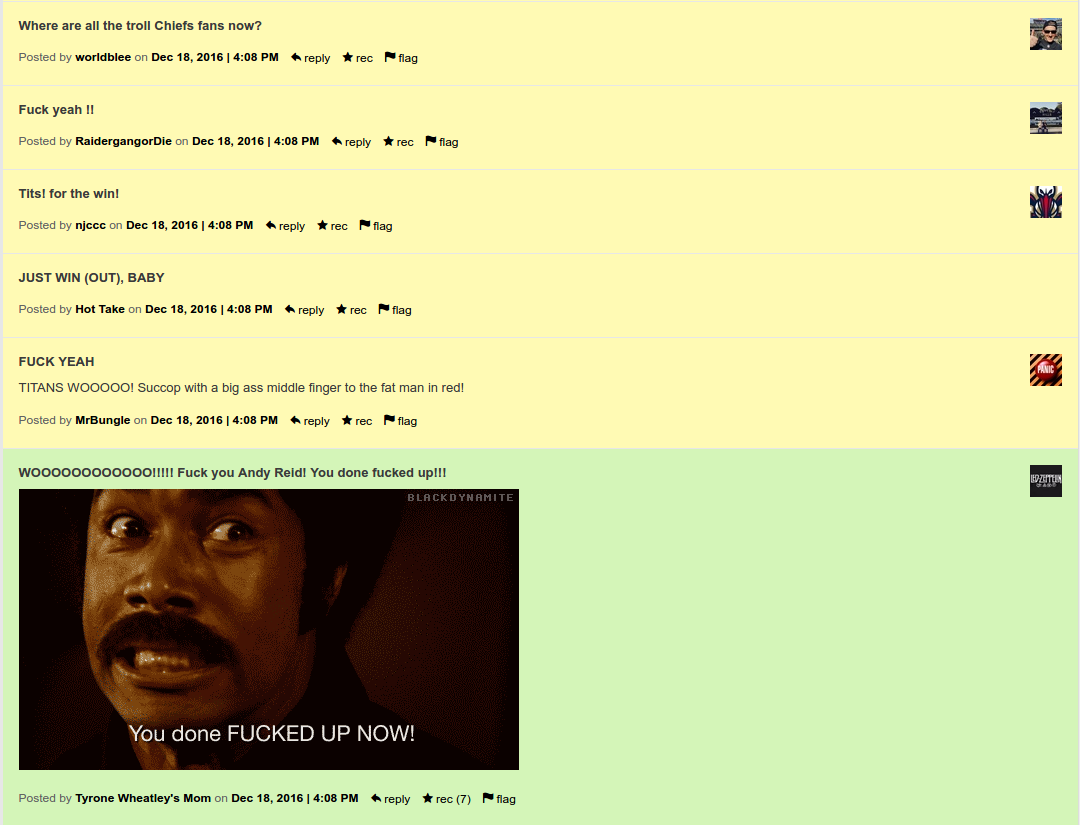 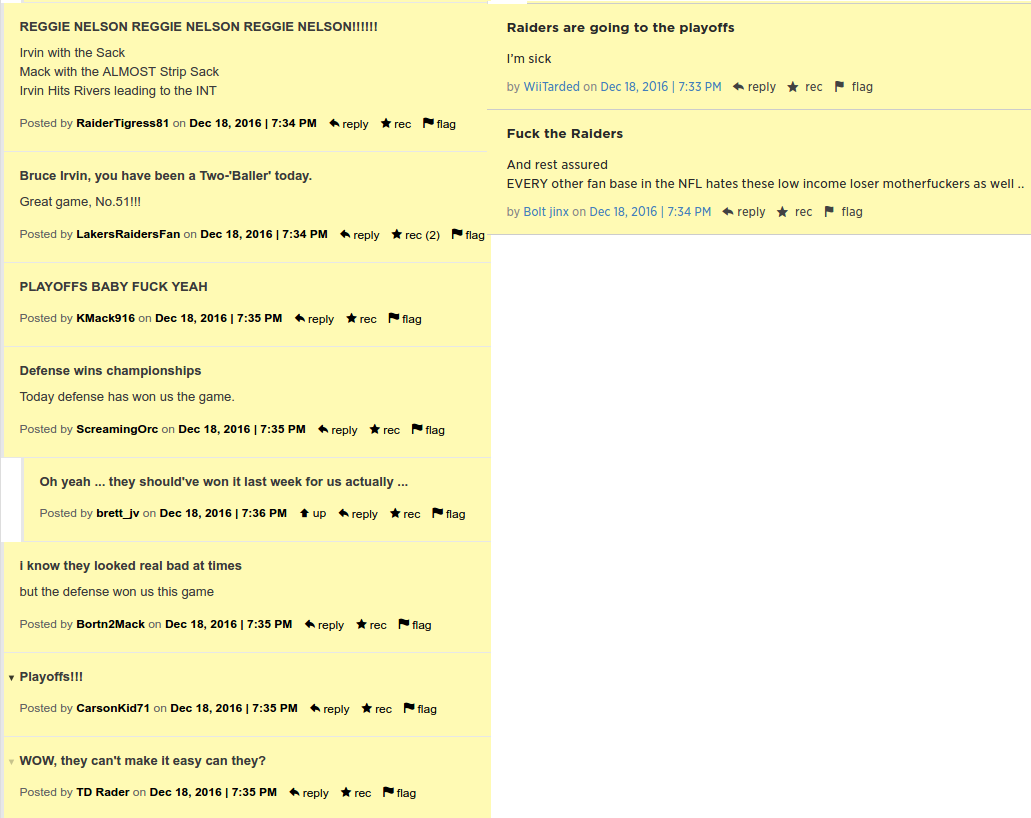 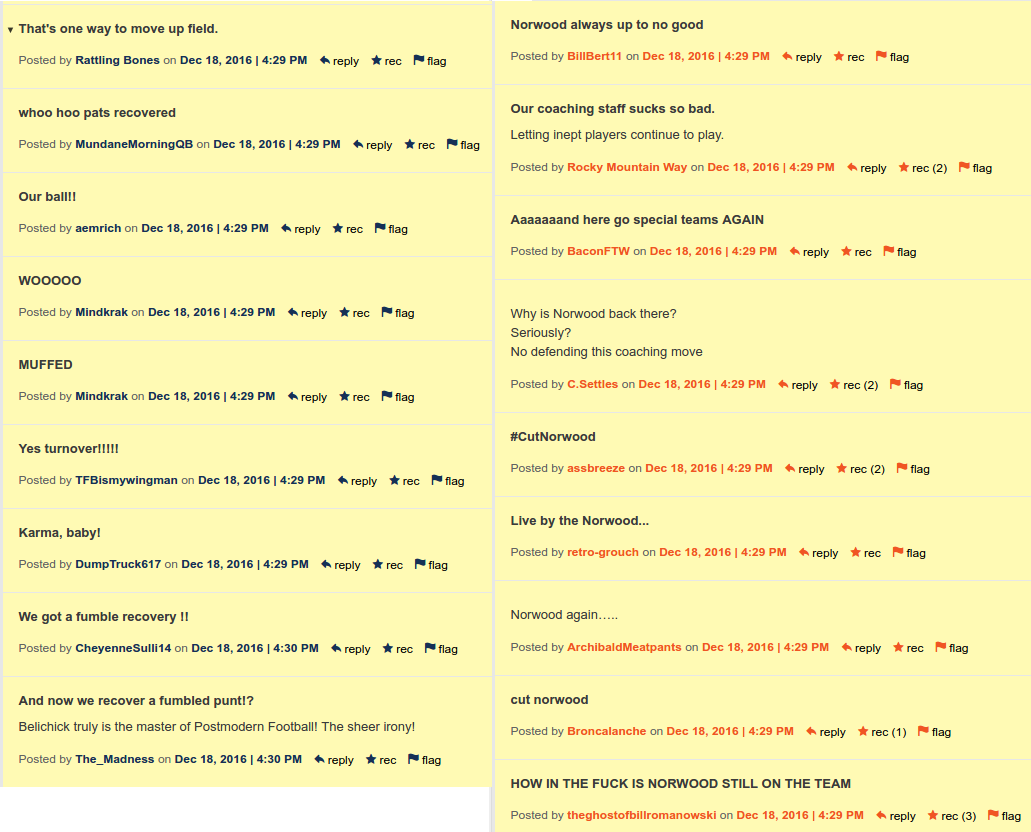 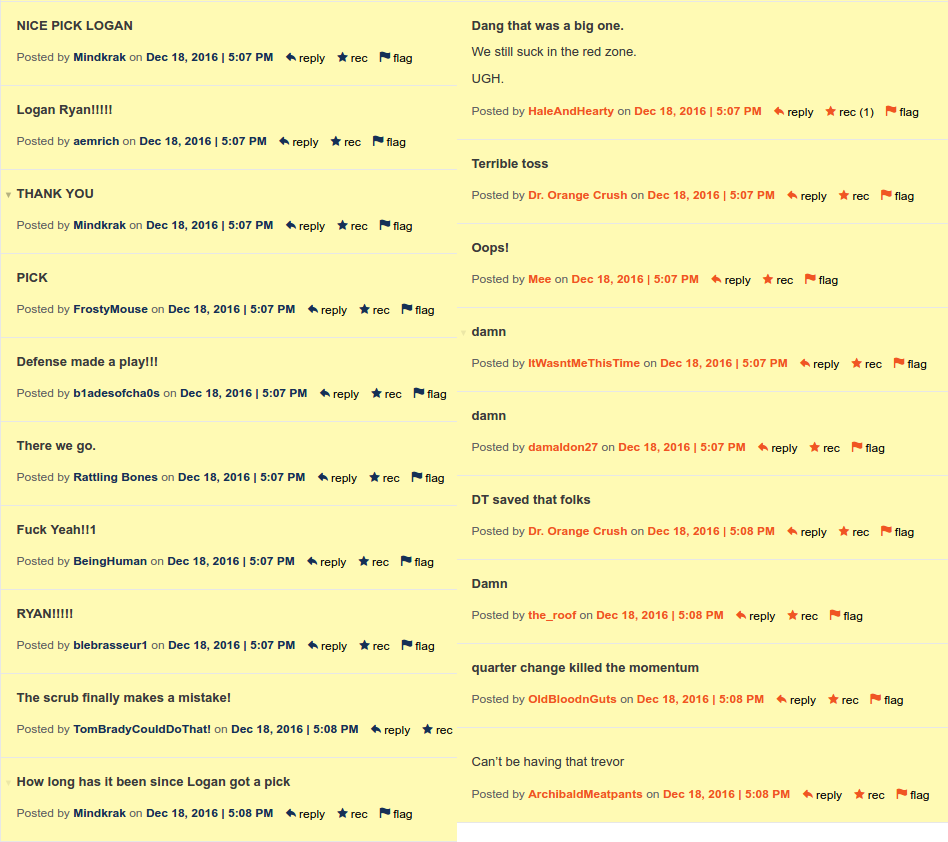 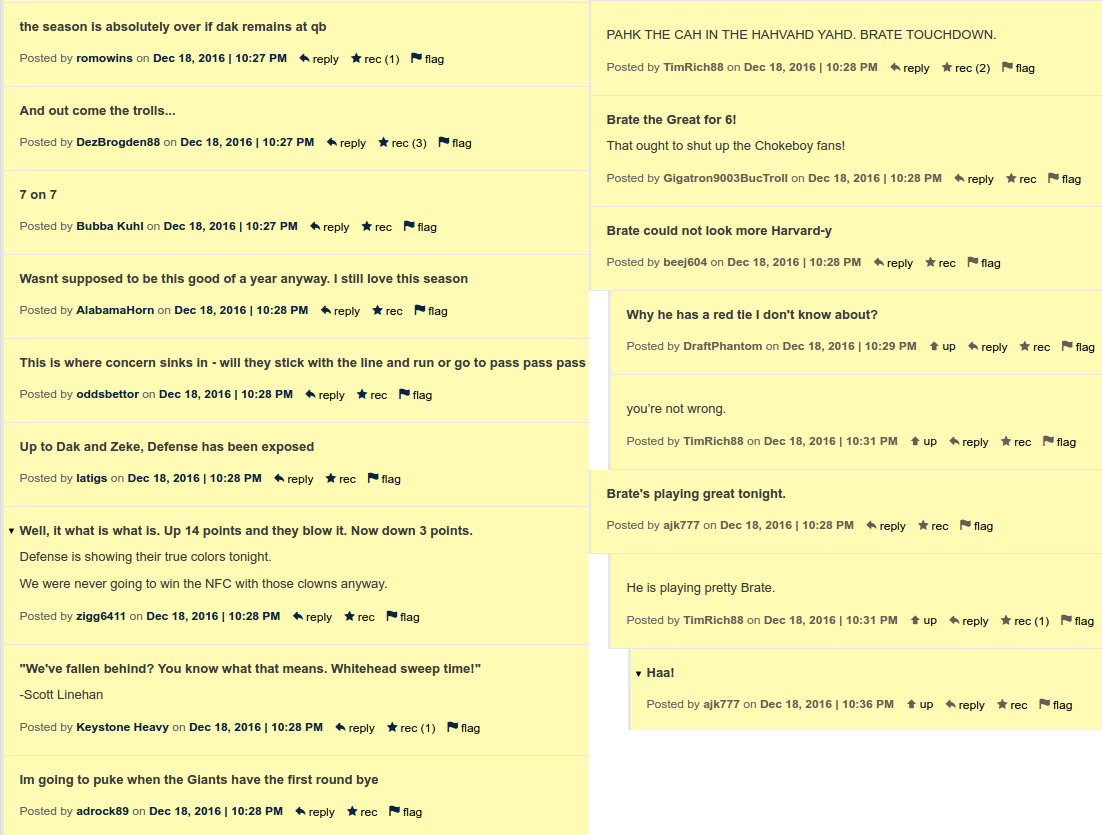 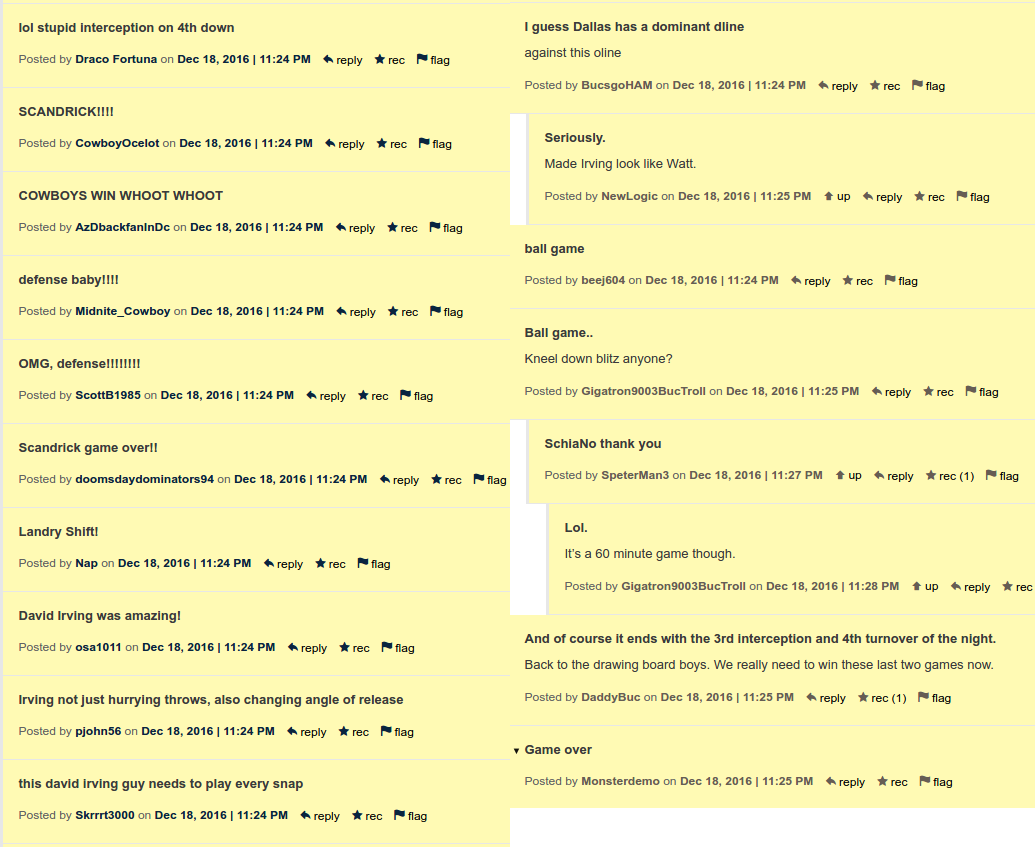 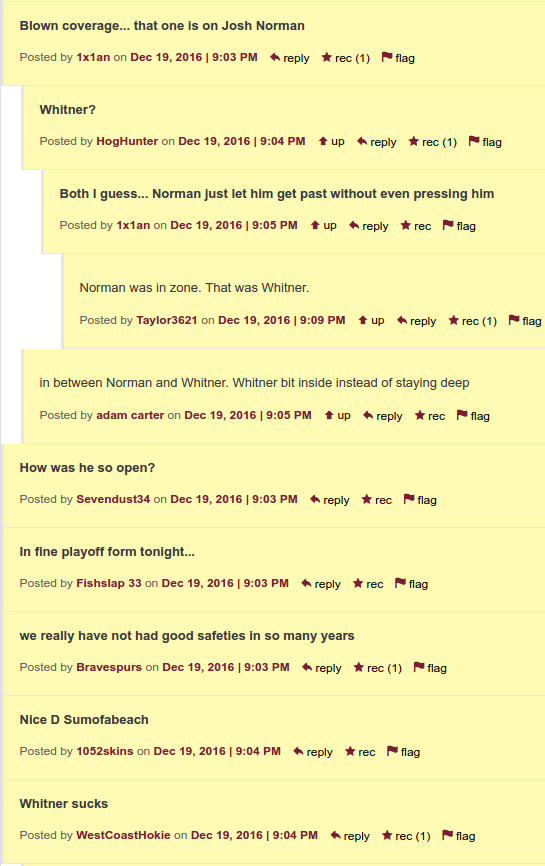 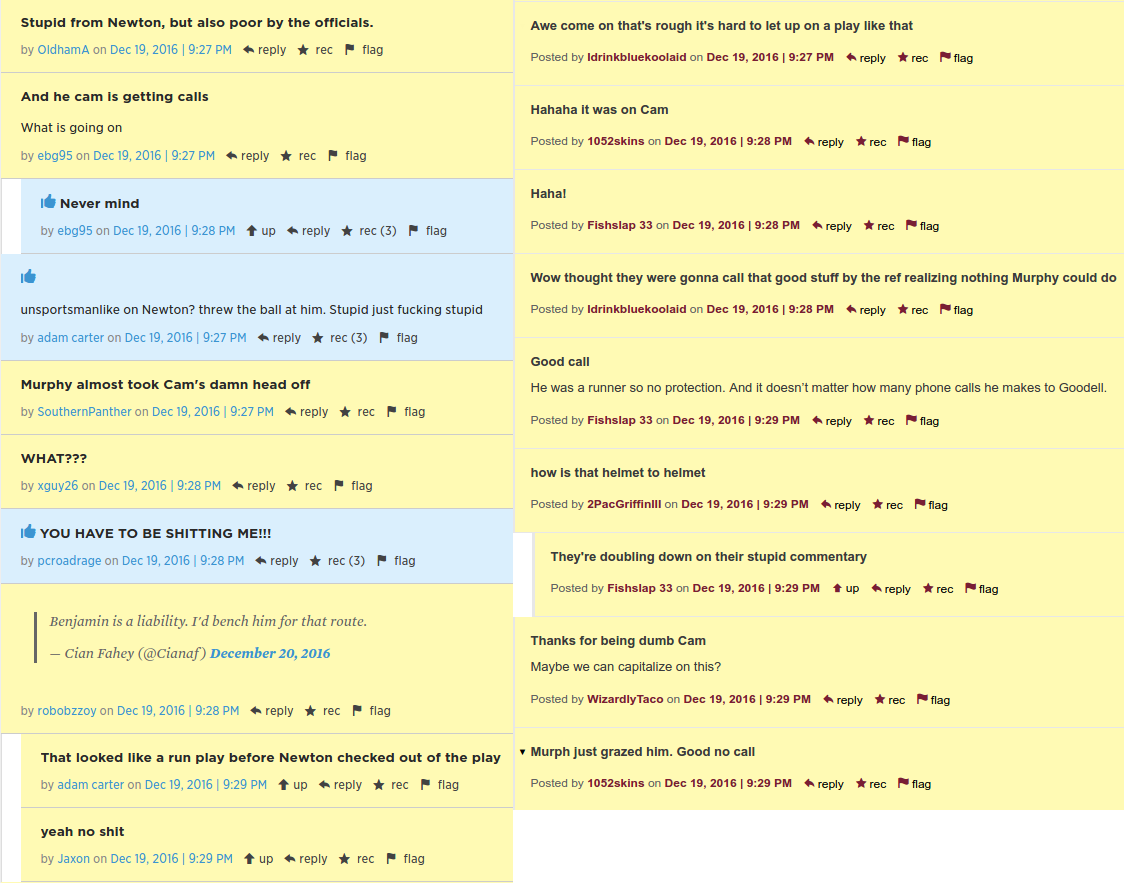 Meanwhile, the Seahawks' own playoff future is already confirmed. What remains to be seen is if they'll be the #2 seed or have to play in the wild card round against the #5 or #6 seed. If the Seahawks beat Arizona this Saturday, Atlanta loses to Carolina, and Detroit loses to Dallas on Monday, Seattle will clinch a first-round bye and they can rest their starters in the week 17 finale in San Francisco. This is a very realistic possibility that we should be rooting for, so hopefully that's our Christmas present.