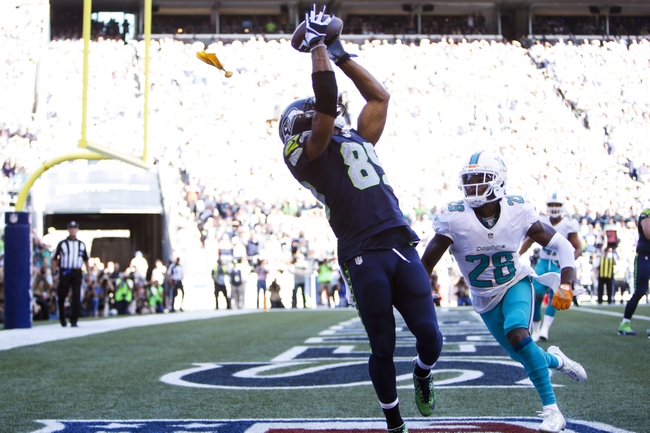 Well ... that game happened. Under Russell Wilson, the Seahawks offense has had issues scoring on opening day. In fact, the 36-16 blowout vs. Green Bay in 2014 is the only time in the Wilson era that Seattle has managed multiple offensive touchdowns in week 1. The 2016 curtain raiser was a defensive masterclass (save for maybe 5-6 plays) and a bit of a horror show on offense. In the end, Russell Wilson, even with an injured ankle and a struggling offensive line, engineered a heroic comeback to give Seattle the victory over Miami. Had Seattle fallen short, they would've dropped to a hard-to-believe 5-4 over their last 9 home games.

For the first time ever, the Miami Dolphins are in Enemy Reaction. They nearly pulled off the upset, but "nearly" isn't enough. As an offensive coordinator and now a head coach, Adam Gase has had 4 cracks at beating Seattle, and his teams (2013 Broncos, 2014 Broncos, 2015 Bears, 2016 Dolphins) have scored a grand total of 38 points. Game thread comments are courtesy of Field Gulls (duh) and The Phinsider. 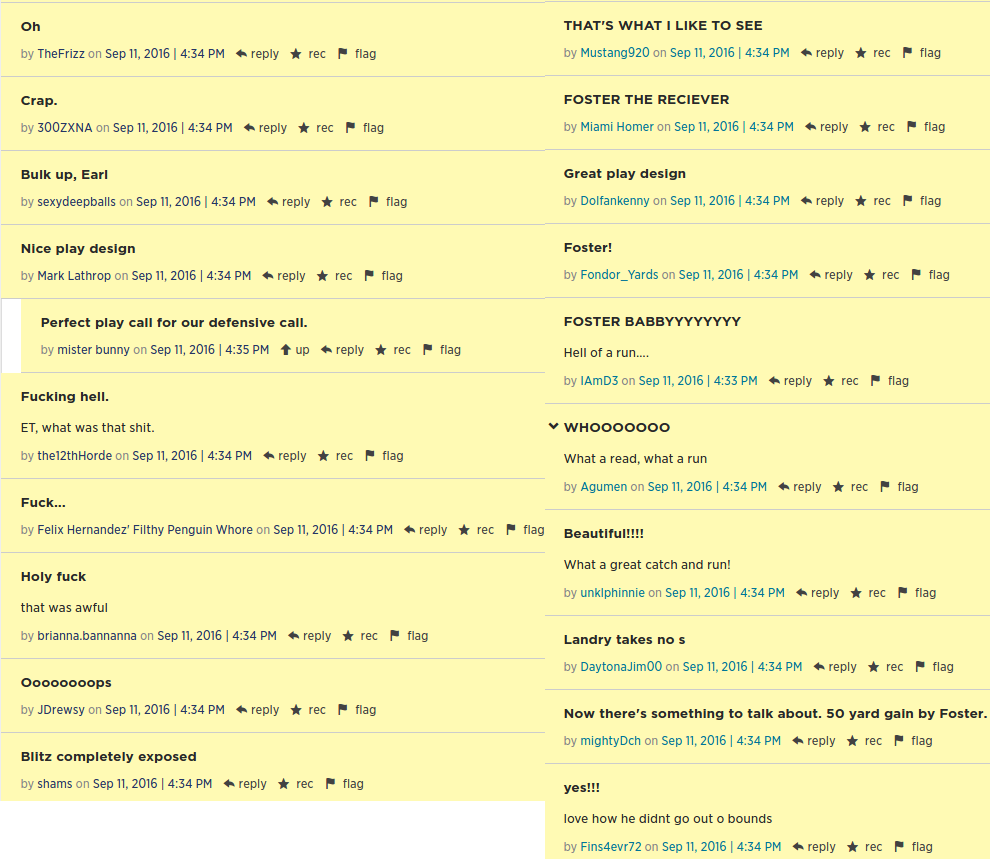 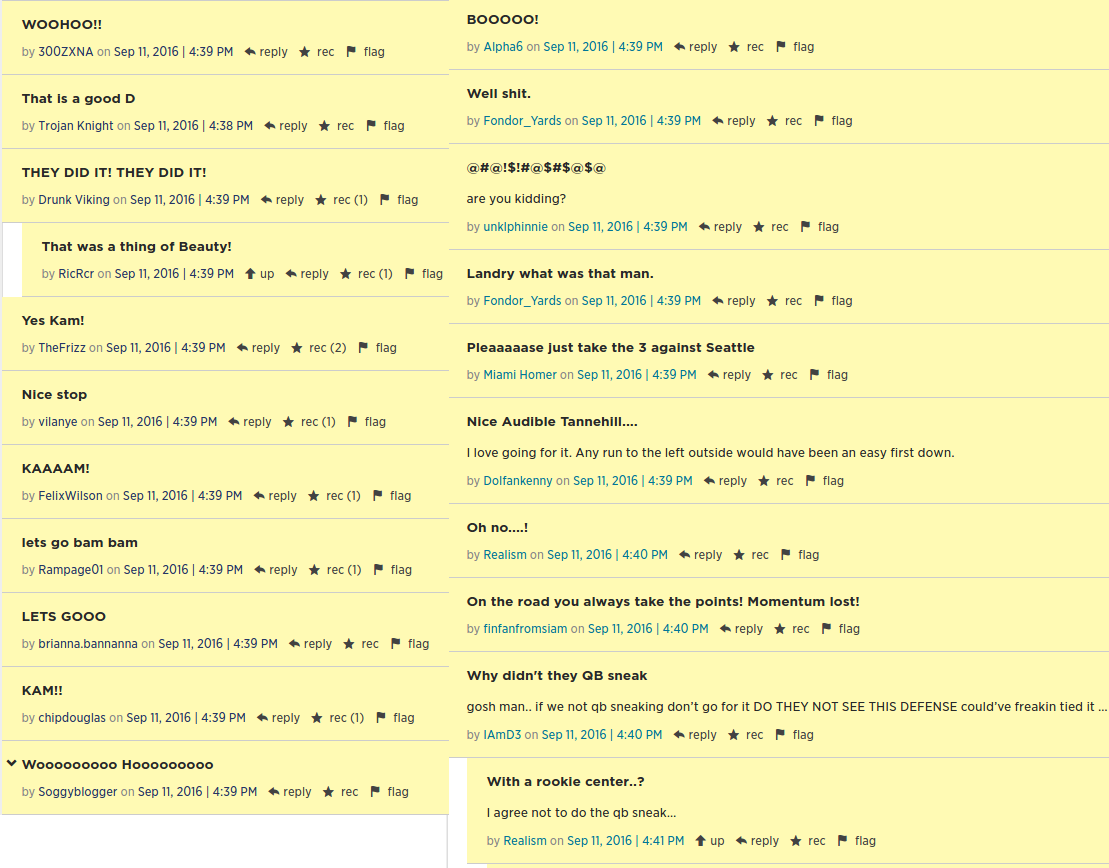 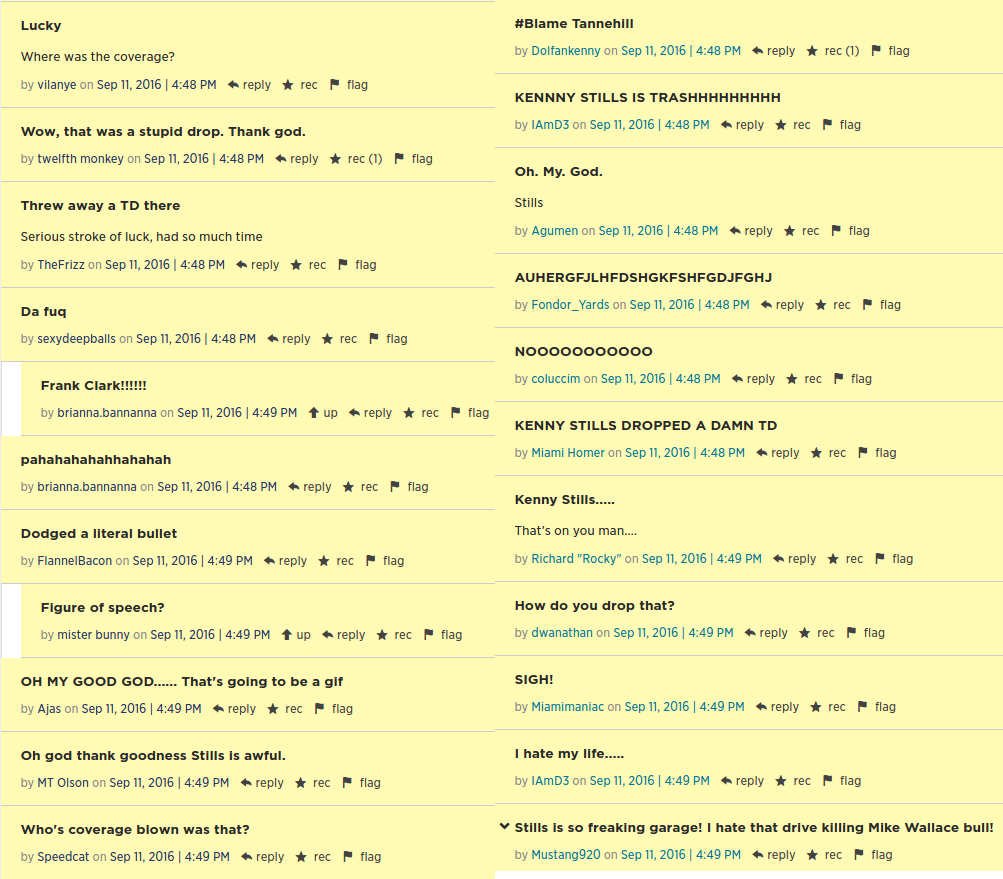 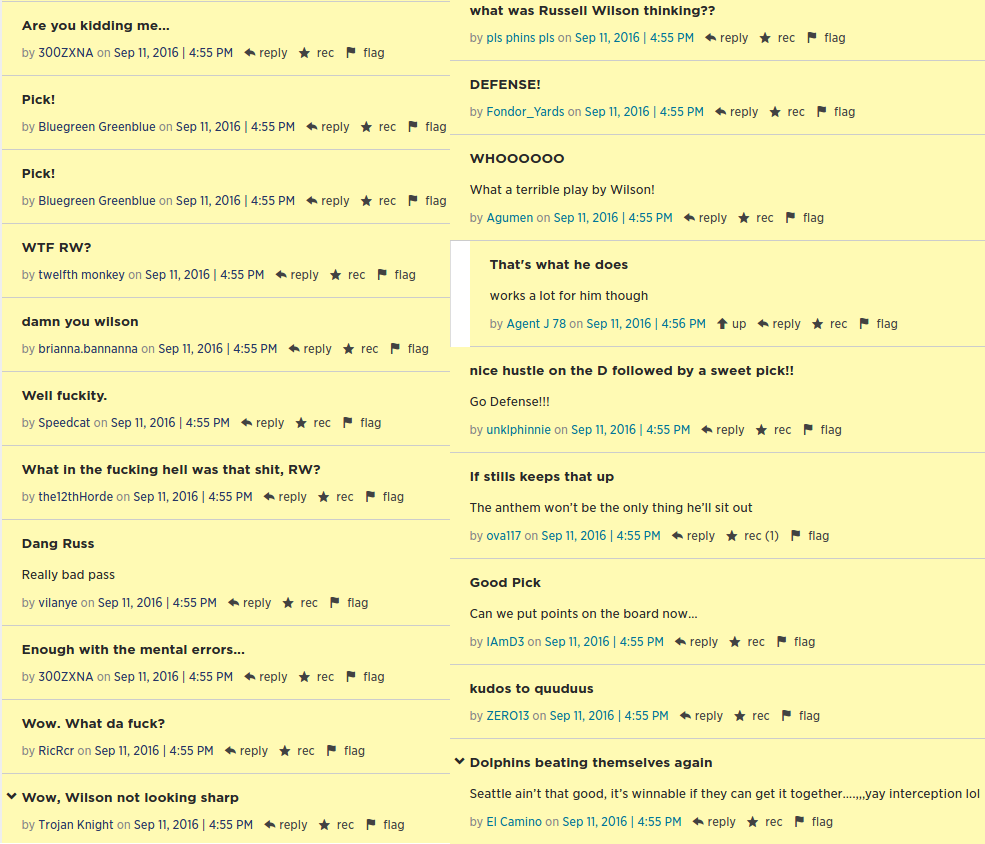 With Russell Wilson hobbled, Seahawks go for it on 4th and inches, fail to convert (6-3 SEA) 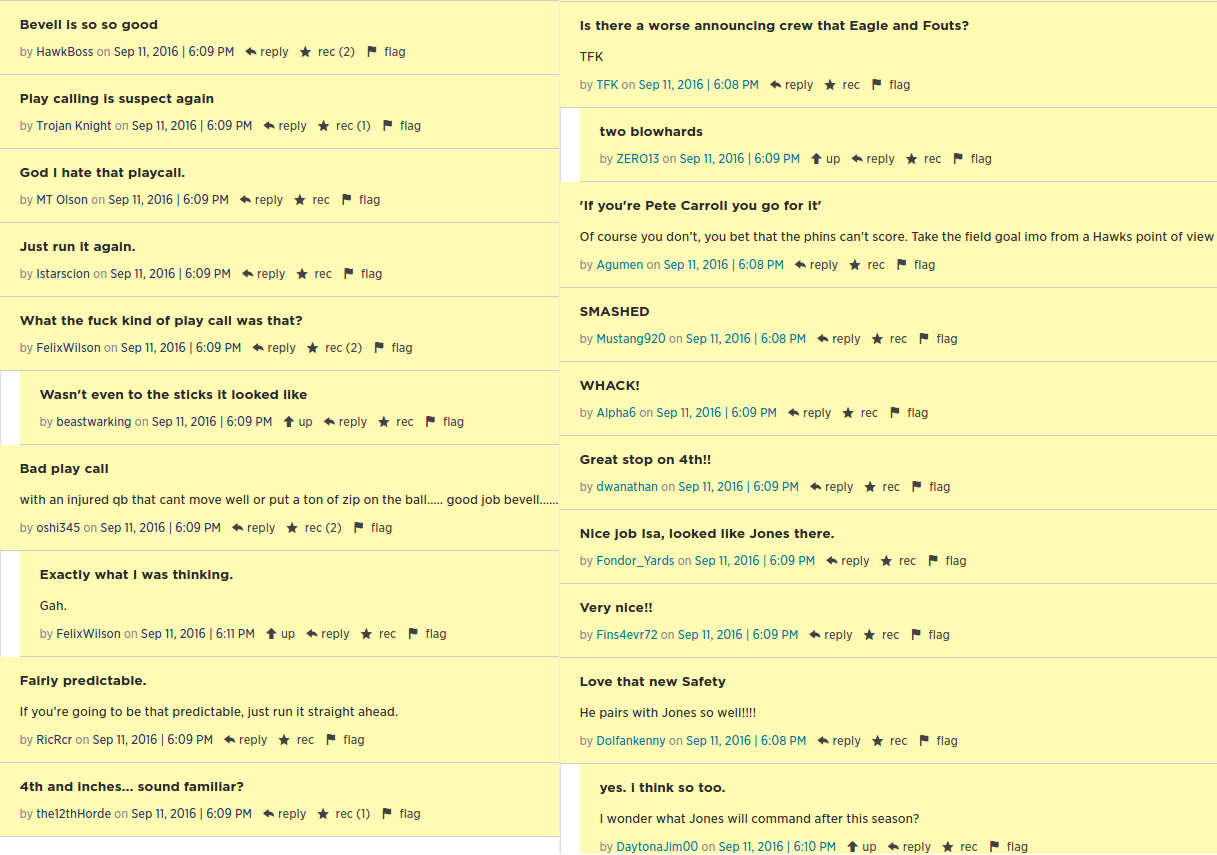 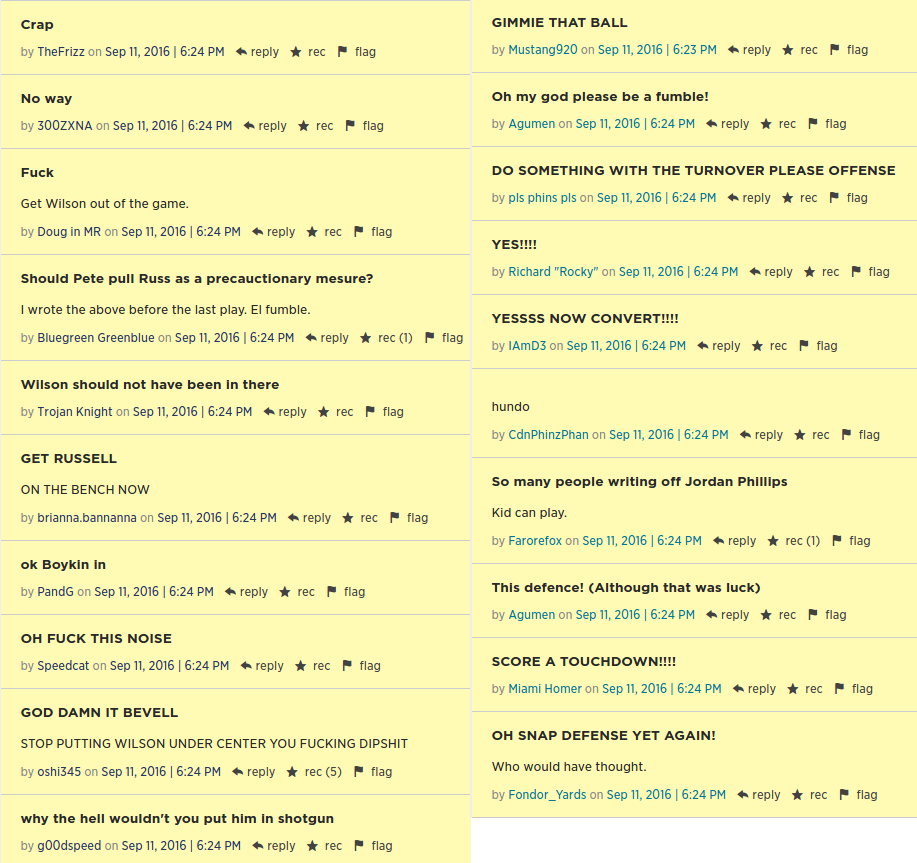 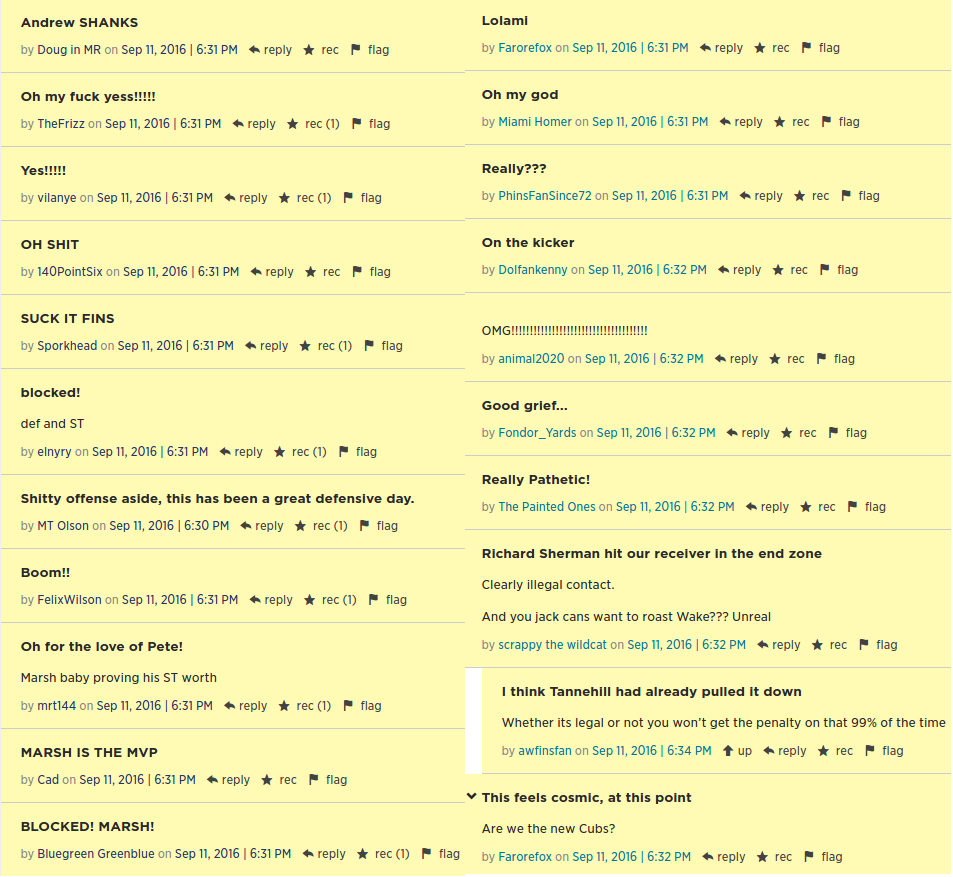 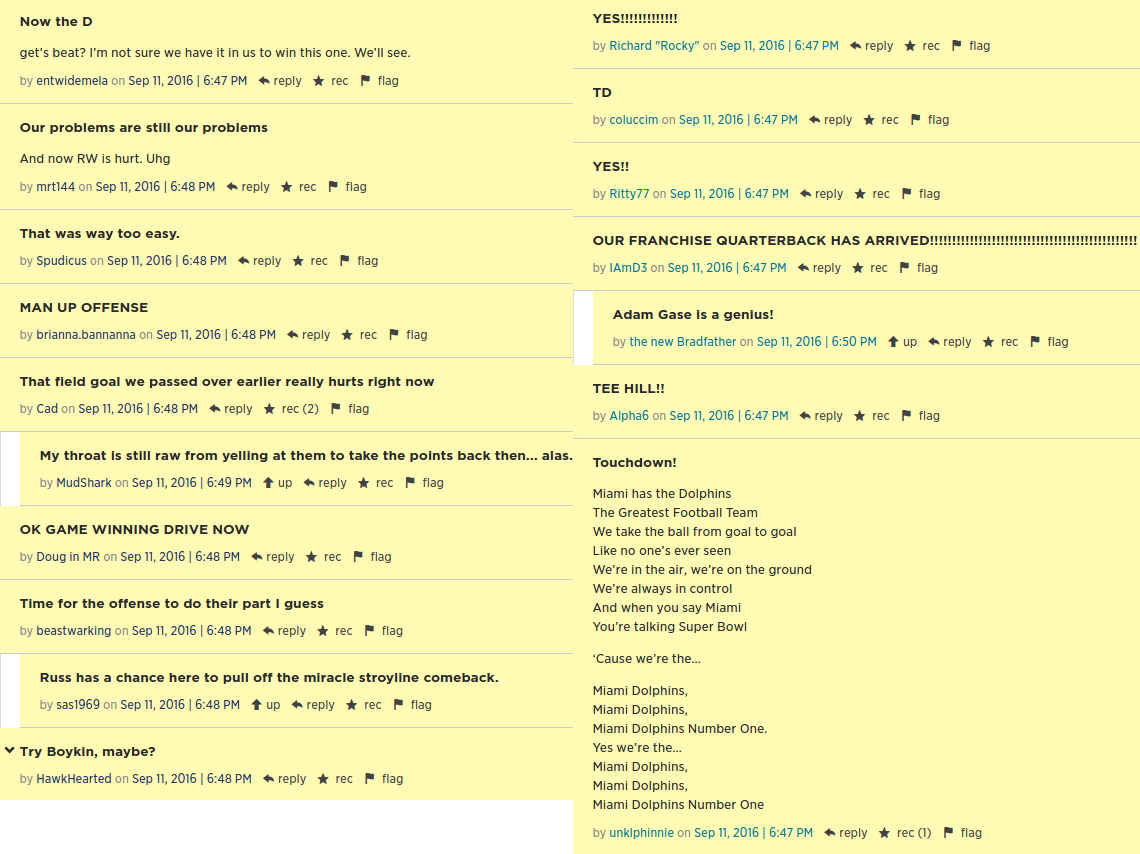 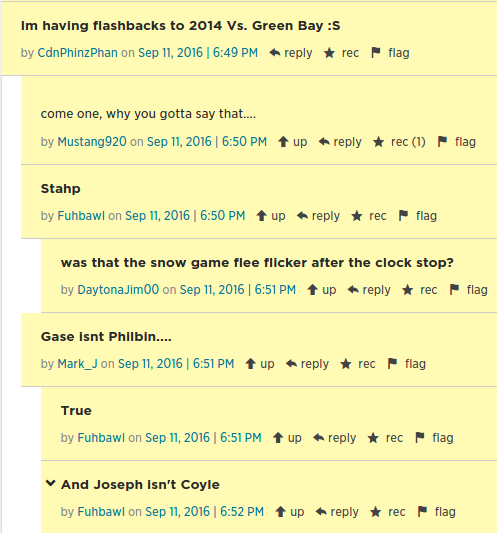 For reference, go look at the end of Packers/Dolphins in 2014.

On 4th and 4, Russell Wilson finds Doug Baldwin for game-extending 1st down (10-6 MIA) 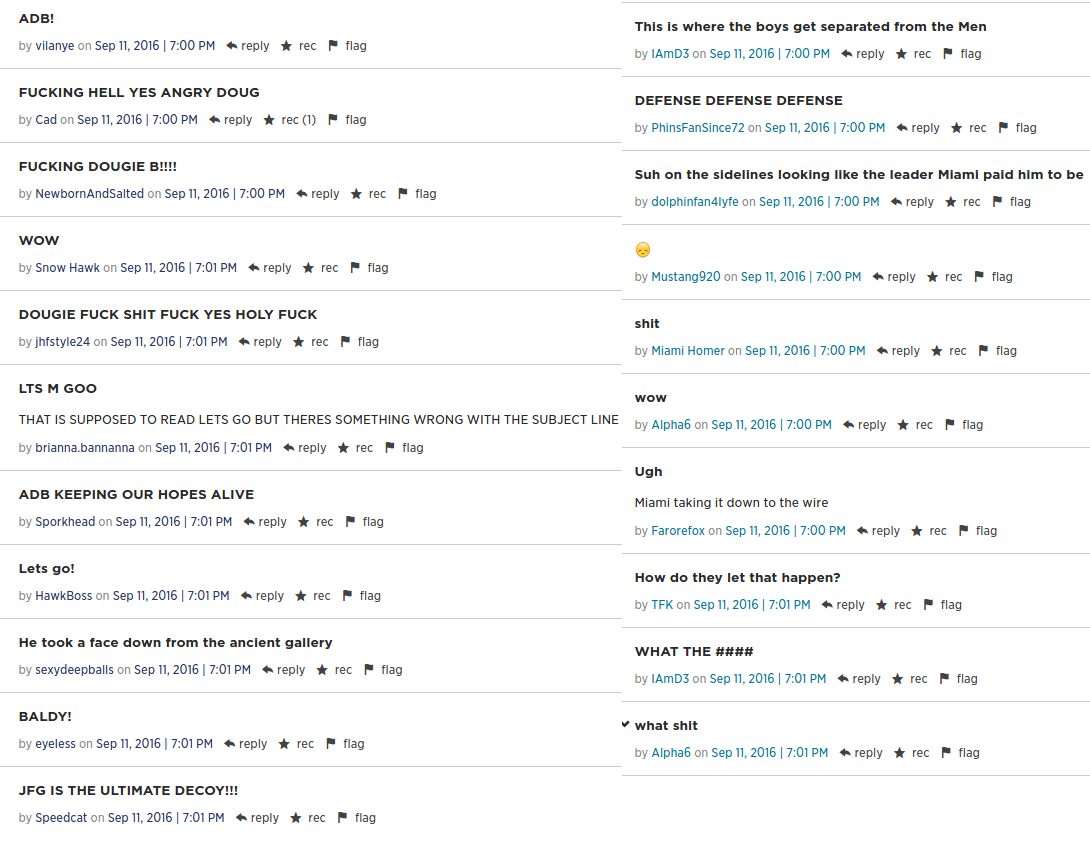 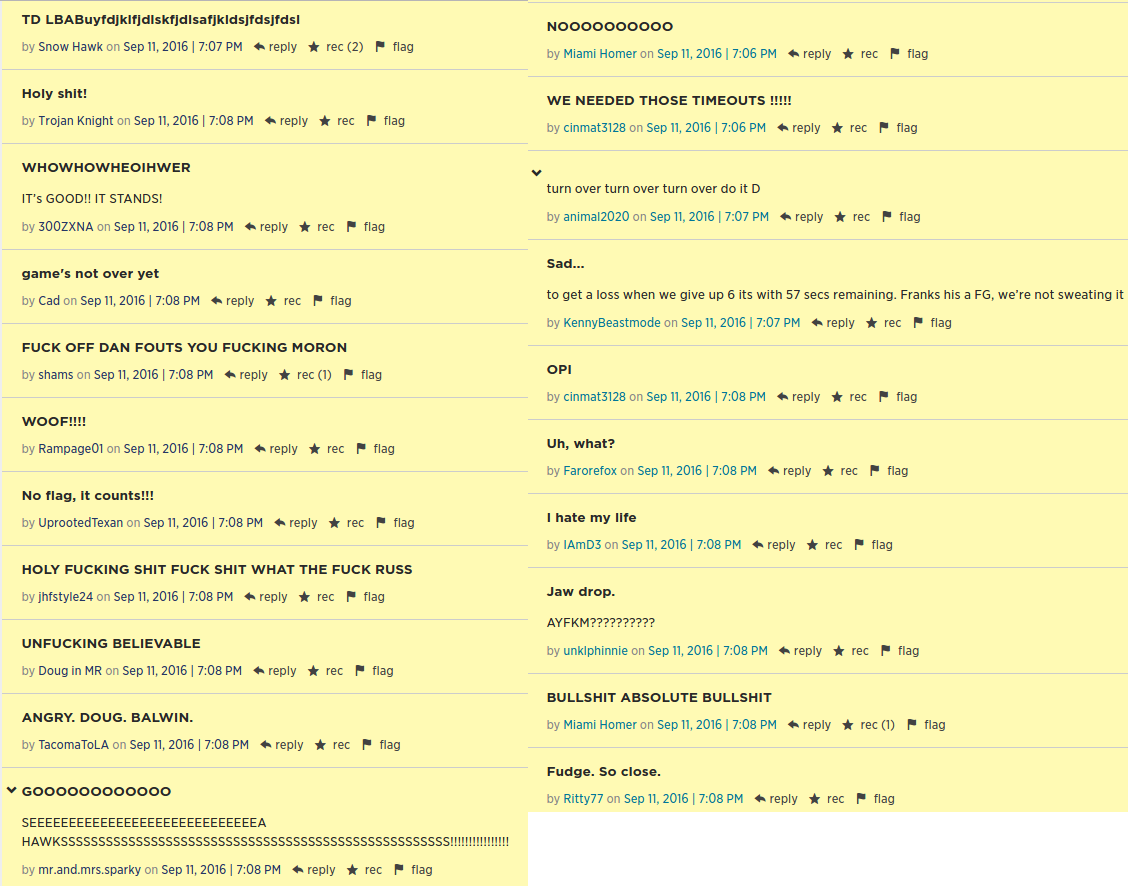 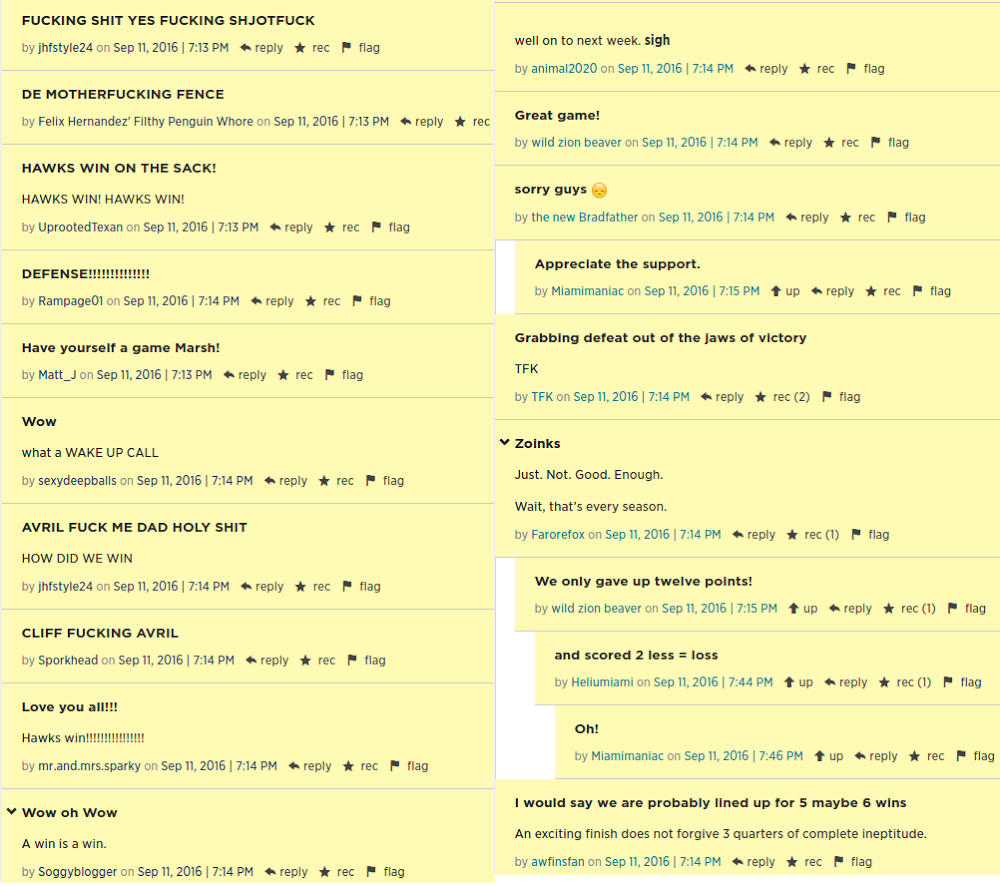 Post-Game: This loss could be a good thing

Adam Gase has done one thing well, he has turned the attitude around of this team. Last year the Dolphins looked lethargic and lifeless, this first game they played with an attitude. They played like they were good enough to beat a very good football team and they took them down to the final minute and that can't be discounted.

There is still a lot of work to do and there are still weaknesses on the team but if the Dolphins can build off this close loss they could get a lot better and then these types of games will turn their way.

It's a loss but this loss could be a good thing. It's rare with the Dolphins to lose a game and think something can be gained but for Adam Gase, he can now see the teams weaknesses and work to correct them. He can also see his team grow towards being a team and that is a big step. - Brian Miller, Phin Phanatic

The Dolphins were huge underdogs, going against a championship contender in a very hostile environment. The Dolphins hung tough in an ugly game. But, as usual, they failed to make the necessary plays when it mattered most. A defense that played well all day seemed to soften up on the last drive. An offense that left too many plays on the field put the team in that position in the first place. We can call this a "moral victory" if we want, but Dolphins fans are tired of them. We want to see tough wins. A few points separates a culture of losing from a culture of winning. The Dolphins need to turn that corner. - Rich Rodriguez, Phin Fever 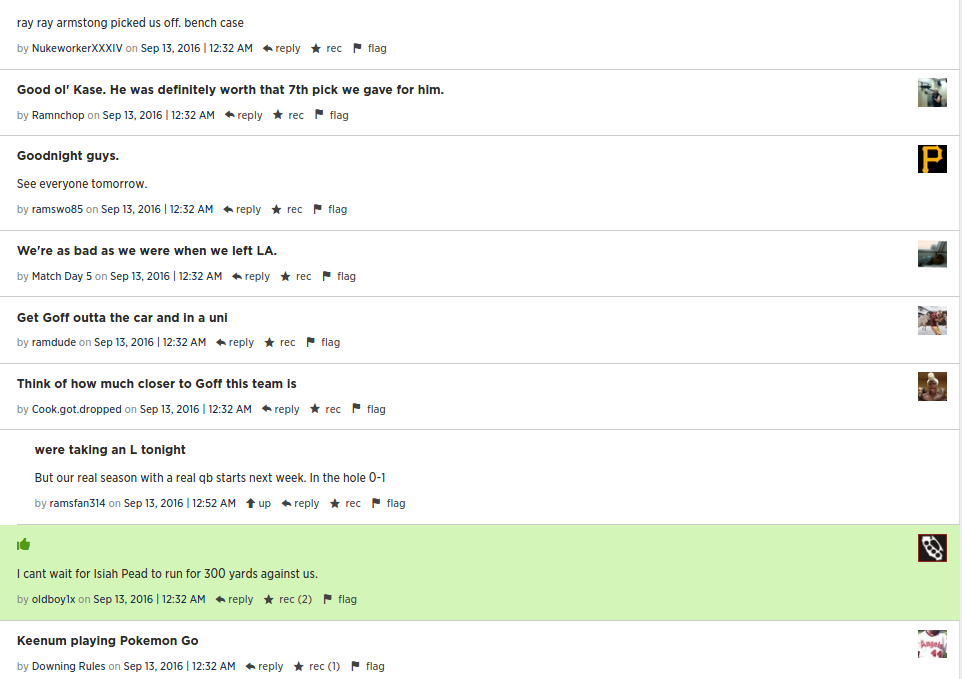 And now comes the dreaded Rams game. They haven't even scored yet, but perhaps it's all just an elaborate trolljob by Jeff Fisher to deliberately look awful against the 49ers, then save the real team for week 2, where Wilson will get sacked 8 times, Keenum will throw accurate 10 yard passes, and Todd Gurley will have room to rush for over 100 yards.

Or maybe the Rams are finally terrible enough not to even be 7-9 caliber. I hope it's that. Either way, it'd be cool if the Seahawks took care of business against the Rams, who have won 3 of the last 4 meetings.

That's it for the first Enemy Reaction of the 2016 regular season. Thanks to everyone who has read, commented, and rec'd this longrunning series over the years. Go 'Hawks.