For the seventh time in a row, the Seattle Seahawks vanquished the San Francisco 49ers, although this was a much closer game than any Seahawks fan would've liked. Whatever the case, it's time for what is seemingly the one millionth Enemy Reaction chronicling the misery of 49ers fans. Game thread comments are obviously courtesy of Field Gulls and Niners Nation. 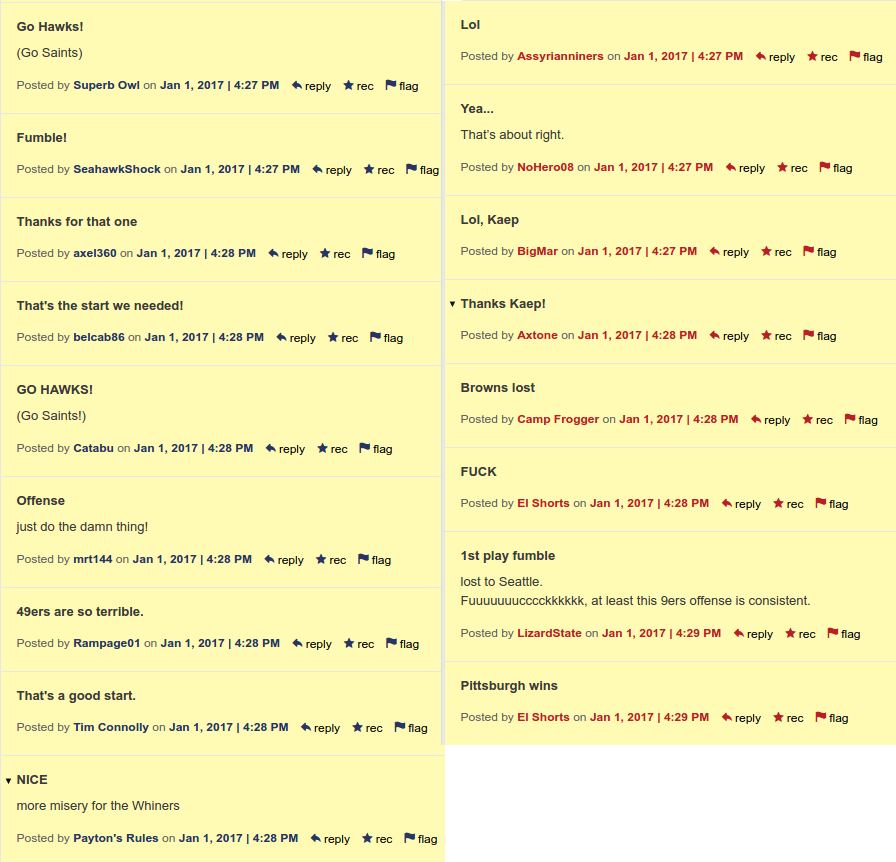 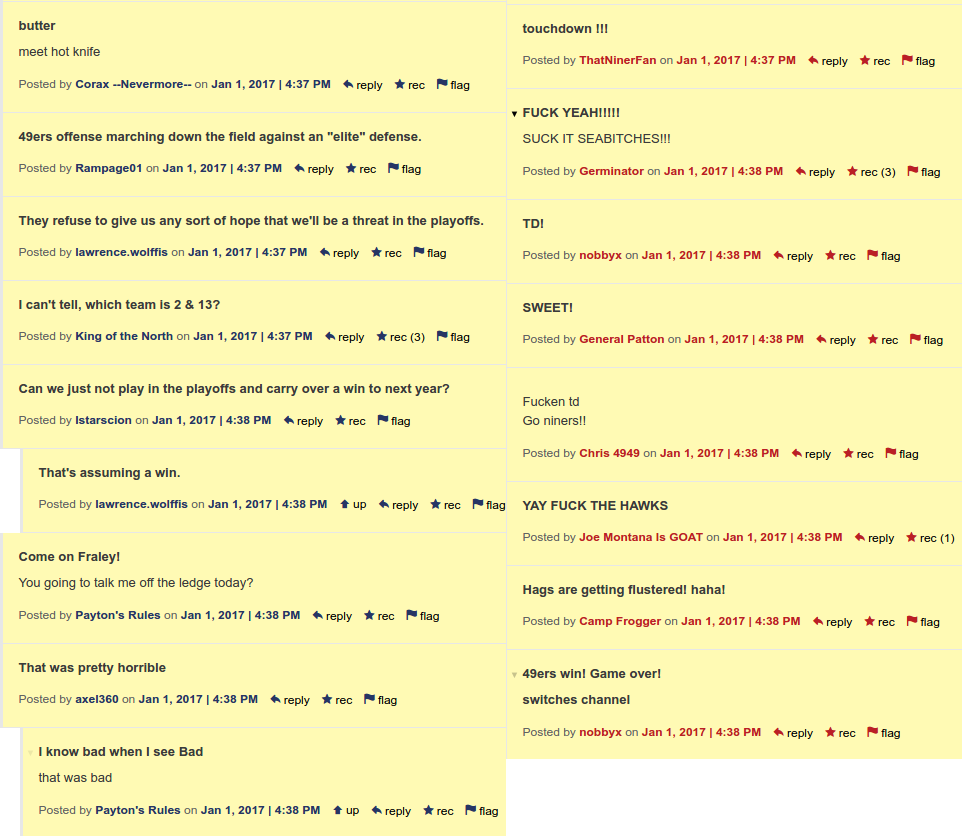 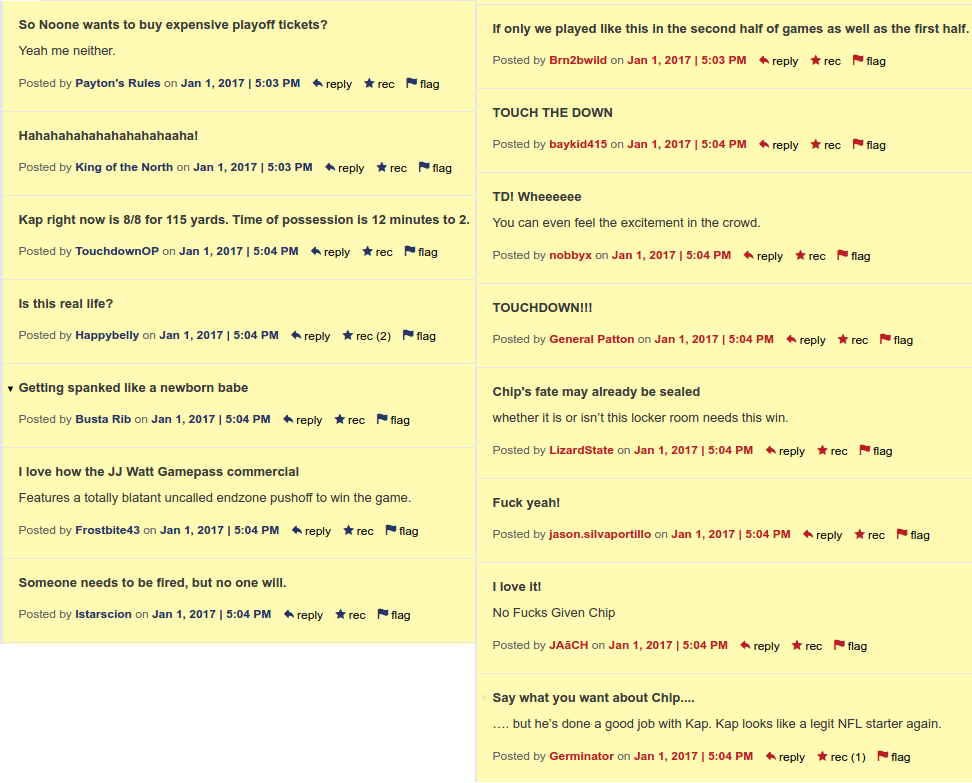 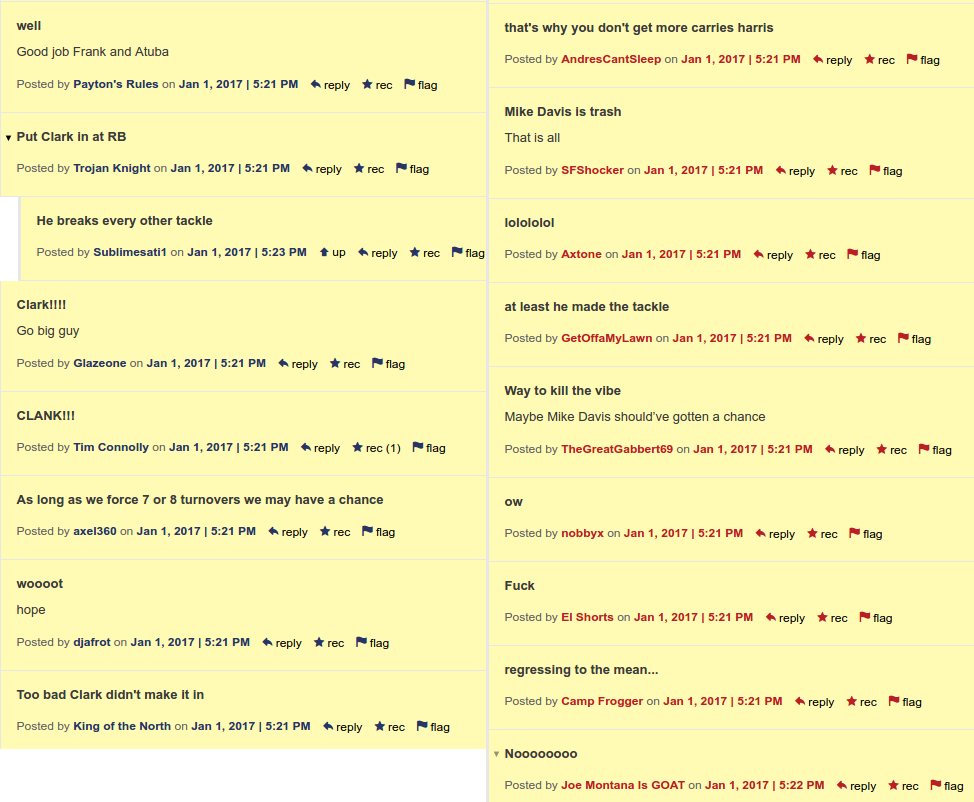 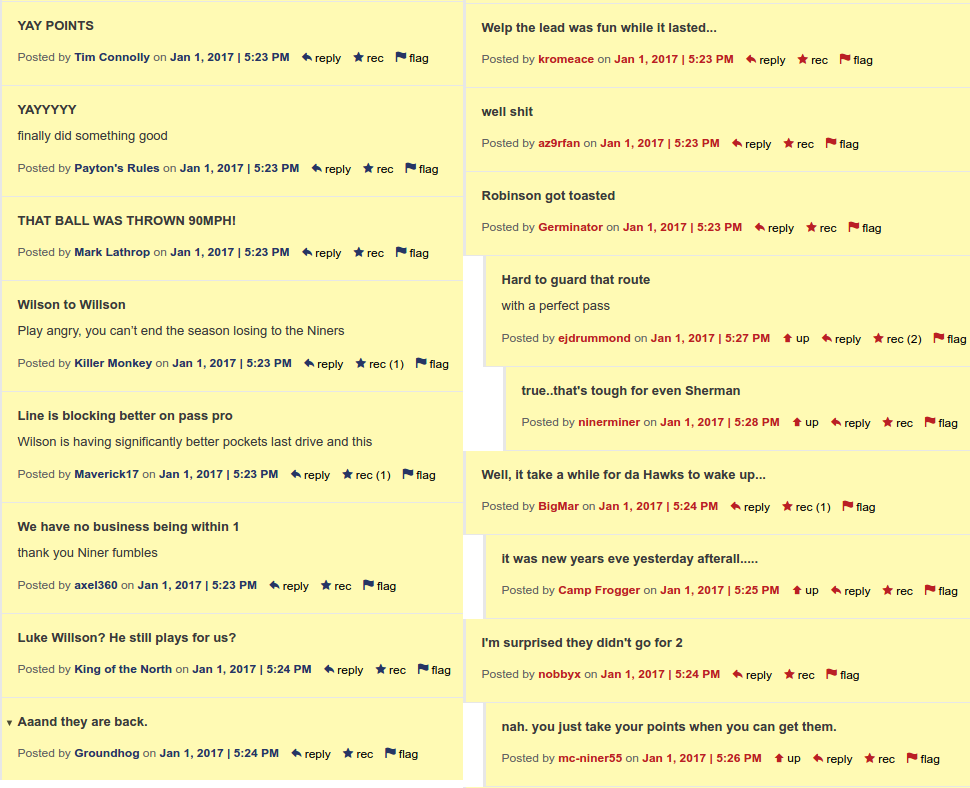 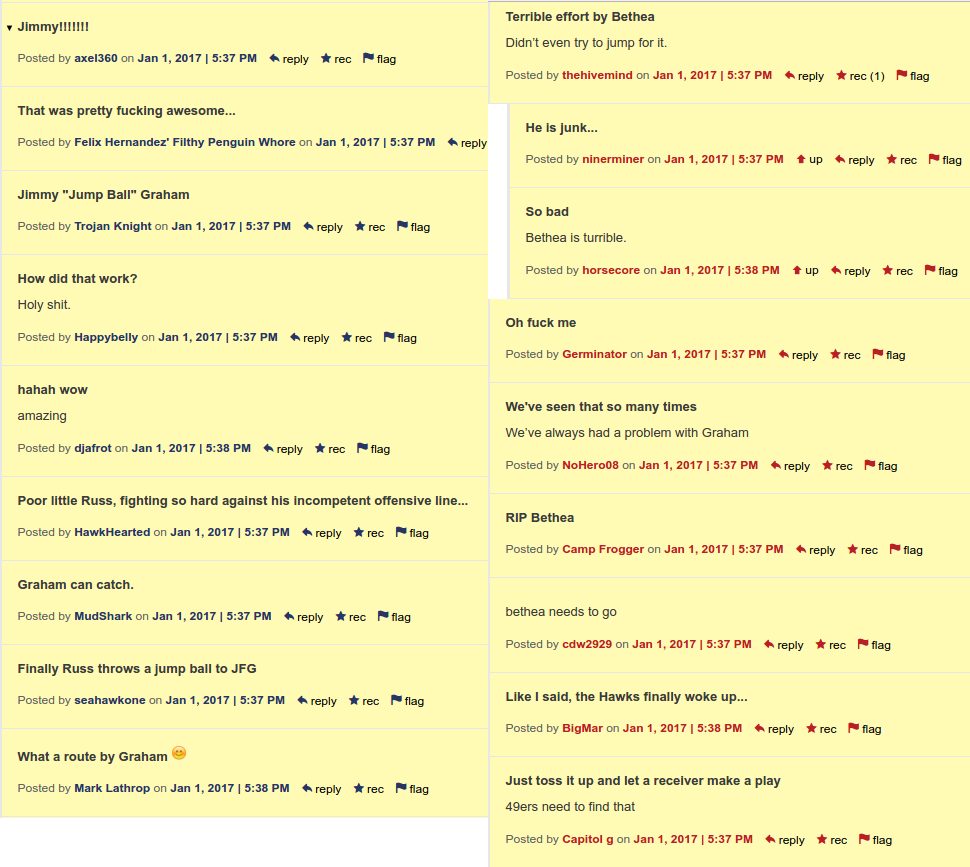 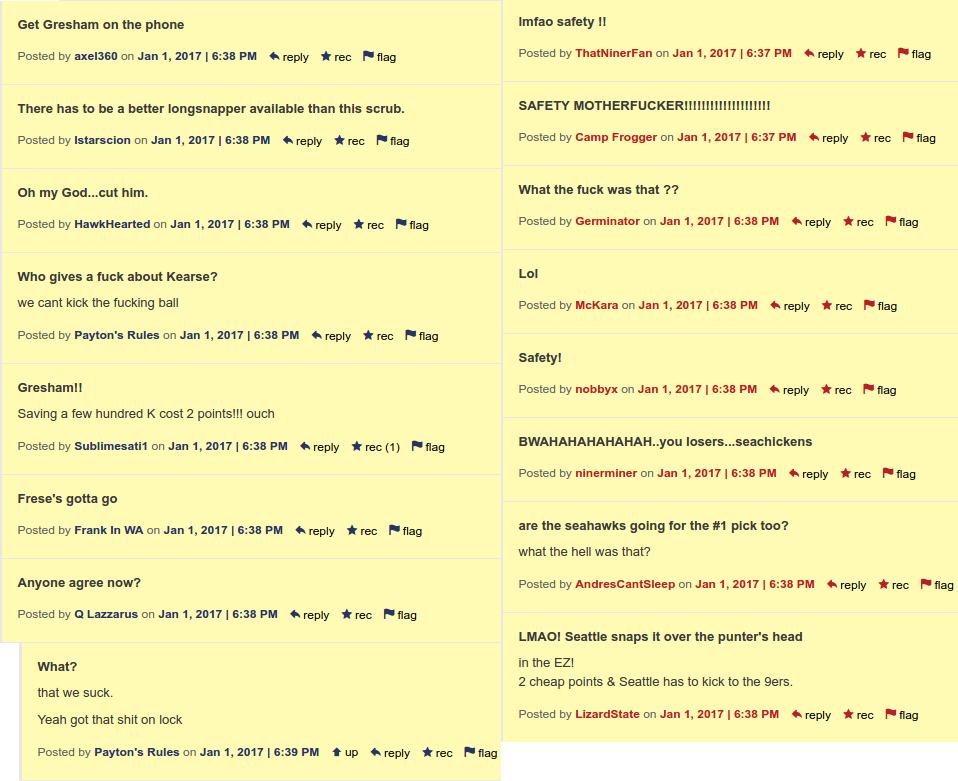 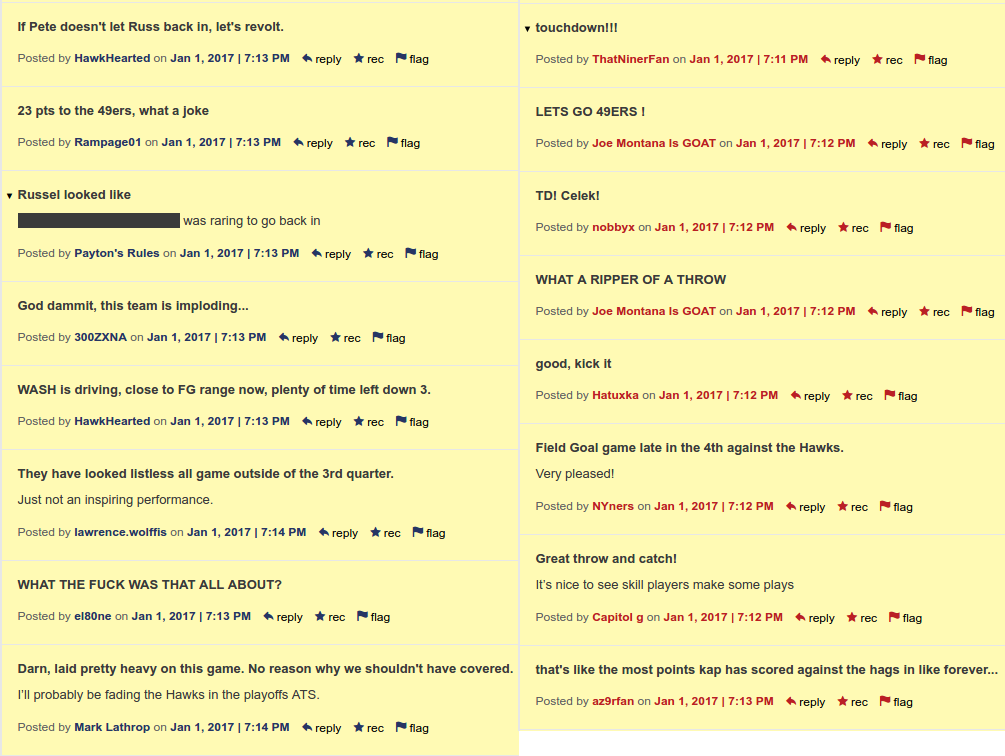 Jarran Reed gets ejected for throwing a punch, then has a confrontation with Frank Clark on the sidelines (25-23 SEA) 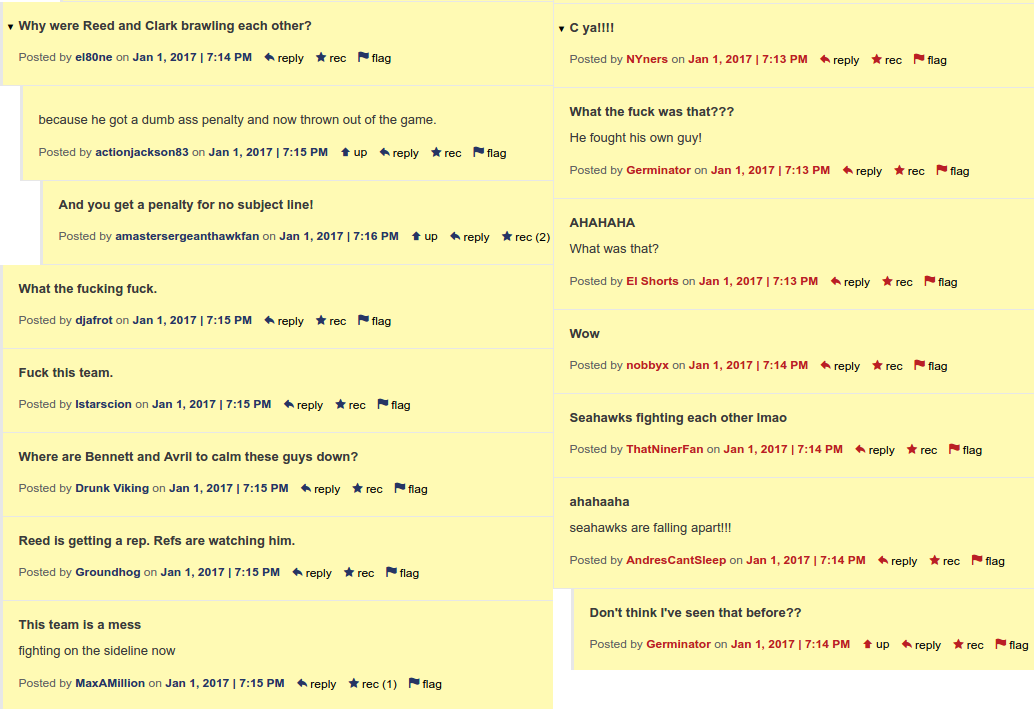 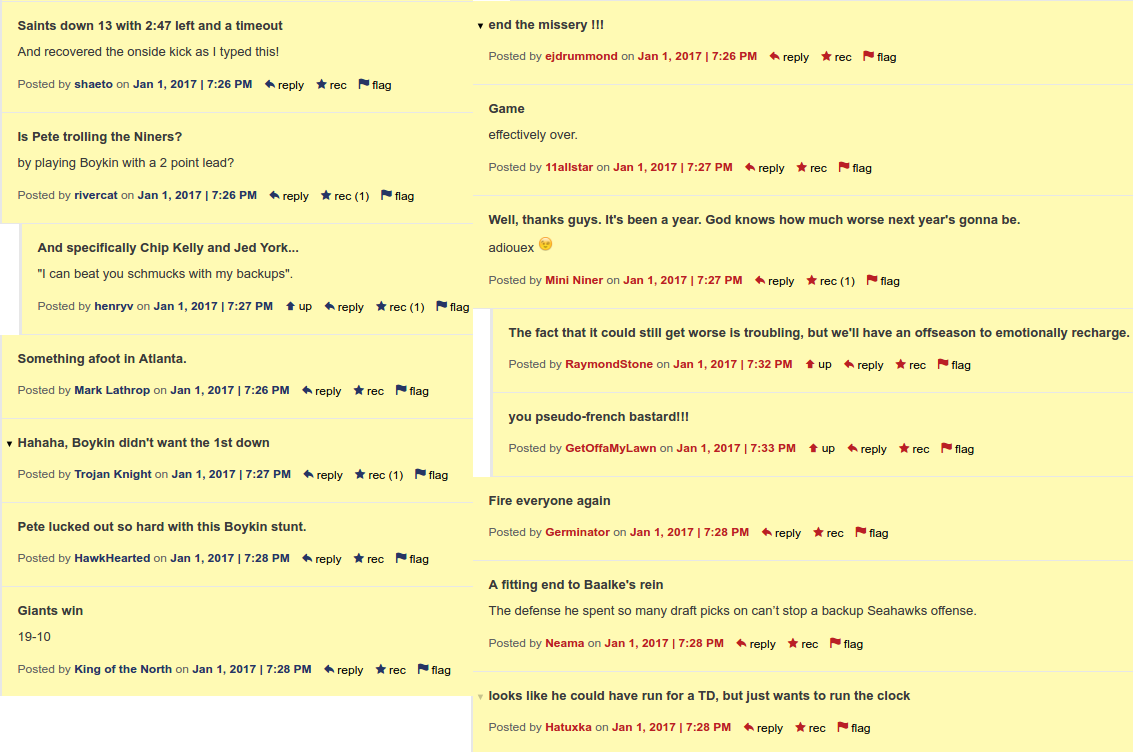 Post-Game: Firing Chip Kelly was the right thing to do

CEO Jed York pulled the plug on another head coach and will bear the brunt of its fallout.

And it was the thing York needed to do.

No, this isn't going to be an indictment piece on how Kelly's offenses don't work at the NFL level — sorry, Grant Cohn — nor how on anything Kelly touches outside of college turns to mud. In fact, Kelly did some great things with the Niners offense, detailed here, which is pretty notable considering the shape of San Francisco's talent-strapped roster.

Instead, York got this right by folding his hand now.

The Niners need a complete top-to-bottom rebuild. Heck, they needed that a year ago. Instead, bringing in Kelly was little more than a stop-gap option — a band-aid on a gaping wound that needed wholesale surgery.

Had York gone the easy route — retaining Kelly and likely promoting assistant general manager Tom Gamble to GM duties — the 49ers probably wouldn't have been much better than what we saw this season. - Peter Panacy, Niner Noise

Post-Game: Oh, how the mighty have fallen low

After a brief foray into the land of the winning, a journey described hysterically by Blaine Gabbert‘s clueless backup as "huge" and "something to build on," the 49ers reverted quickly back to the norm and tacked on a season ending loss to finish the year 2-14.

The Seahawks spotted the Niners a 14-3 lead, then ran off 22 unanswered points before yanking their starters in the fourth quarter and mercifully allowing their former rivals an opportunity to make the score seem closer than it really was. Charity from the Seahawks. Oh, how the mighty have fallen low.

And thus concludes the historically bad 2016 season of the San Francisco 49ers. May it live on in infamy. Unless next year's team puts up an 0-16 season and establishes an even more infamous record of awfulness. They're getting good at this Browns-like terribility, so anything is possible.

After the game, HC Chip Kelly and GM Trent Baalke were both fired. Their terminations were a bit anticlimactic since the Jed York leak machine had been spewing out the news a full 24 hours beforehand. - Skeeber, 49ers Outsider

I'll have another Enemy Reaction out this week highlighting the action from the relevant games in the playoff chase, including NY Giants at Washington, Green Bay at Detroit, Denver at Oakland, Kansas City at San Diego, and New Orleans at Atlanta. Oh yeah, I'll also have a reaction of that time the New York Jets scored by recovering their own kickoff in the end zone, because that's exactly the sort of thing that happens to the Buffalo Bills.