If the Seahawks want to continue to stay relevant, John Schneider must go back to what made them successful in the first place and innovate his draft approach. 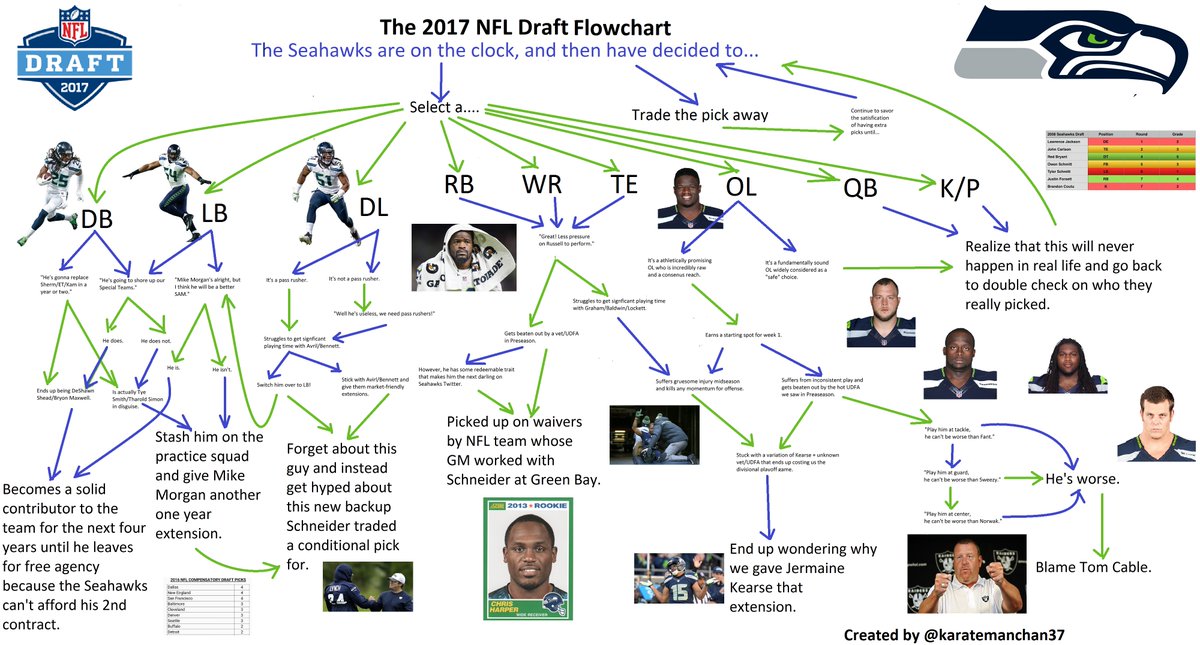 Originally, I had posted this on Twitter as a joke, but John Fraley wrote back that there was some commentary there to be discovered.

(Actually what he said was he needed 150 words for a fanpost, but that's another story.)

Every joke has a little bit truth of course, and after thinking about what John said I find myself concerned by the dots I have connected in this whimsical plot. In essence, the accuracy of this flowchart is evidence that the Seahawks have committed to the same philosophy for the past seven drafts, with similar results happening year after year.

Not that any of this is surprising. After all, general manager John Schneider subscribes to the Ron Wolf development strategy of empathizing volume drafting on a selective pool of players - and this was the guy that managed to create and sustain a dynasty in Green Bay for eight years.

But has this Seahawks method become too routine and repetitive with their drafting process?

My concern stems from the fact that people have gotten more accurate on recognizing who they will draft with every coming year. For example, a majority of Seahawks fans were mystified about Schneider's approach. It broke all the rules by drafting guys like Richard Sherman and Russell Wilson and Bruce Irvin.

Then a year later, Zach Whitman discovers SPARQ and uses this innovative approach to help narrow down the players the Seahawks consider draft-able. Lo and behold, the Seahawks drafted Garrett Scott and Krisjan Sokoli - the top athletes of their class - respectively in 2014 and 2015. When Twitter found out that Pete Carroll had preferred measurements on his DBs, we identified the Tharold Simon and Tye Smith selections long before they'd actually get picked.

This line of thinking has evolved with us to the point that we have conceded any other alternative from happening. For instance, I bet right now there's a small voice in the back of your head telling you that the Seahawks will pick Cam Robinson with their 26th overall pick, no matter who is left on the board. 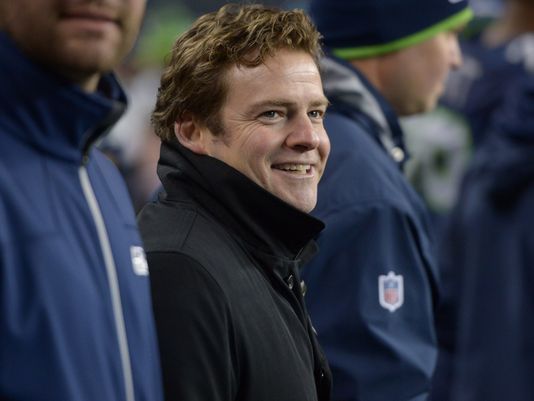 The Seahawks haven't replicated their 2012 - or even their 2011 or 2010 draft success - and I think that's partially attributed to this obsolescence. Which is why I think it's necessary that Schneider follow in his colleague's footsteps and shake things up a bit. Look at Ted Thompson trading up to the 1st round to get Clay Matthews in 2009, or Ron Wolf himself did in 1998 when he picked Vonnie Holliday a year after their Super Bowl loss and gave up his 2nd round pick in the supplementary draft to pick Mike Wahle.

I'm not saying that Schneider should consider trading up this year, but the NFL is a evolving league requires frequent and innovative approaches to roster building. And if the Seahawks want to continue to stay relevant, they need to go back to what made them successful in the first place.