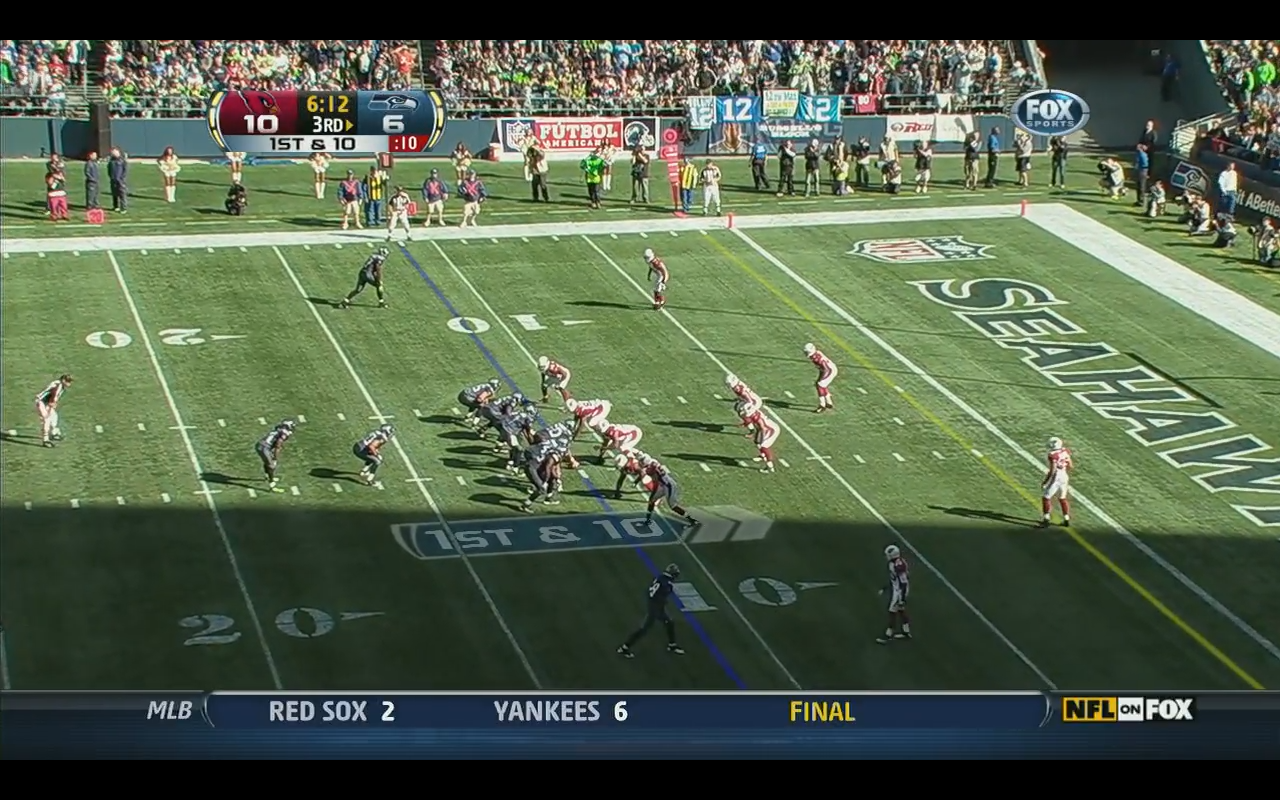 It's the home opener of the 2011 season and the Seahawks are down four in the third quarter. A grinding drive of many small gains is alive after a toe-tap reception by Sidney Rice. It's first and ten at the Seattle 11. Tarvaris Jackson huddles together his teammates and details a play he will not run. 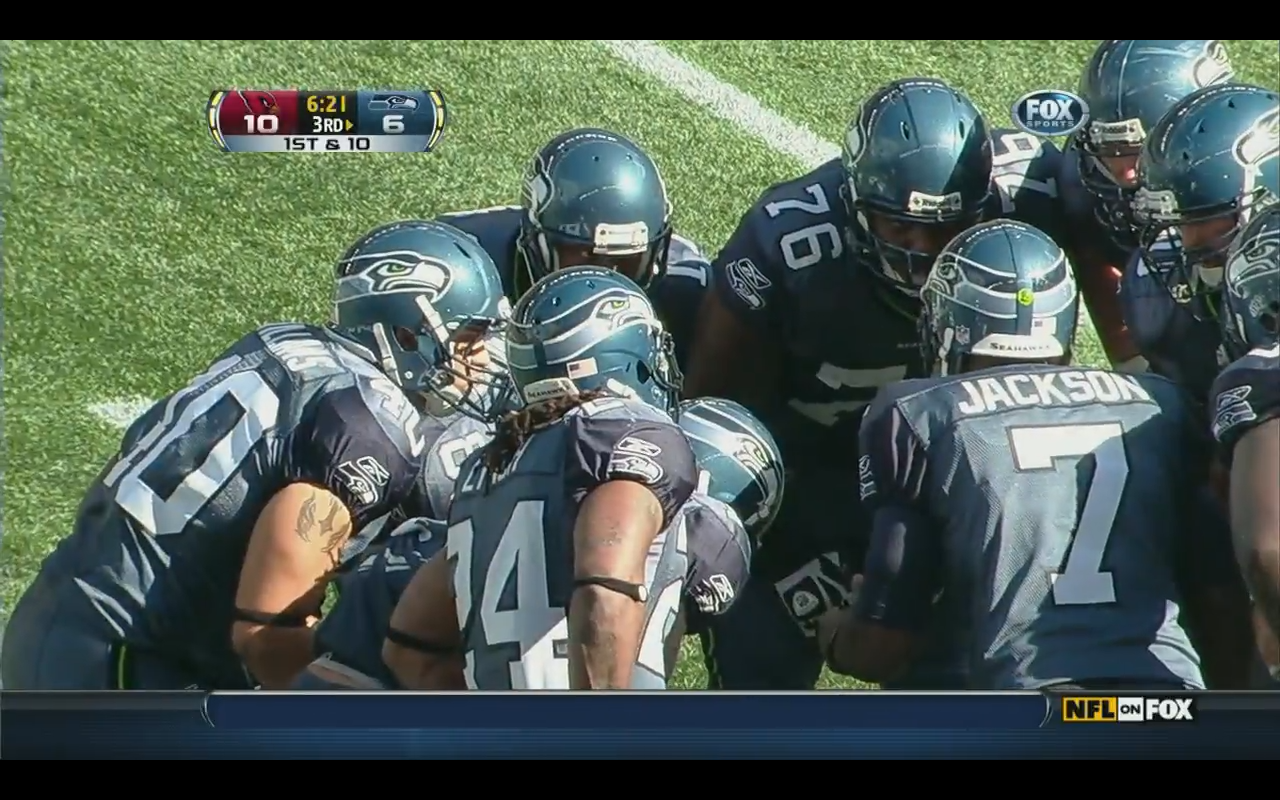 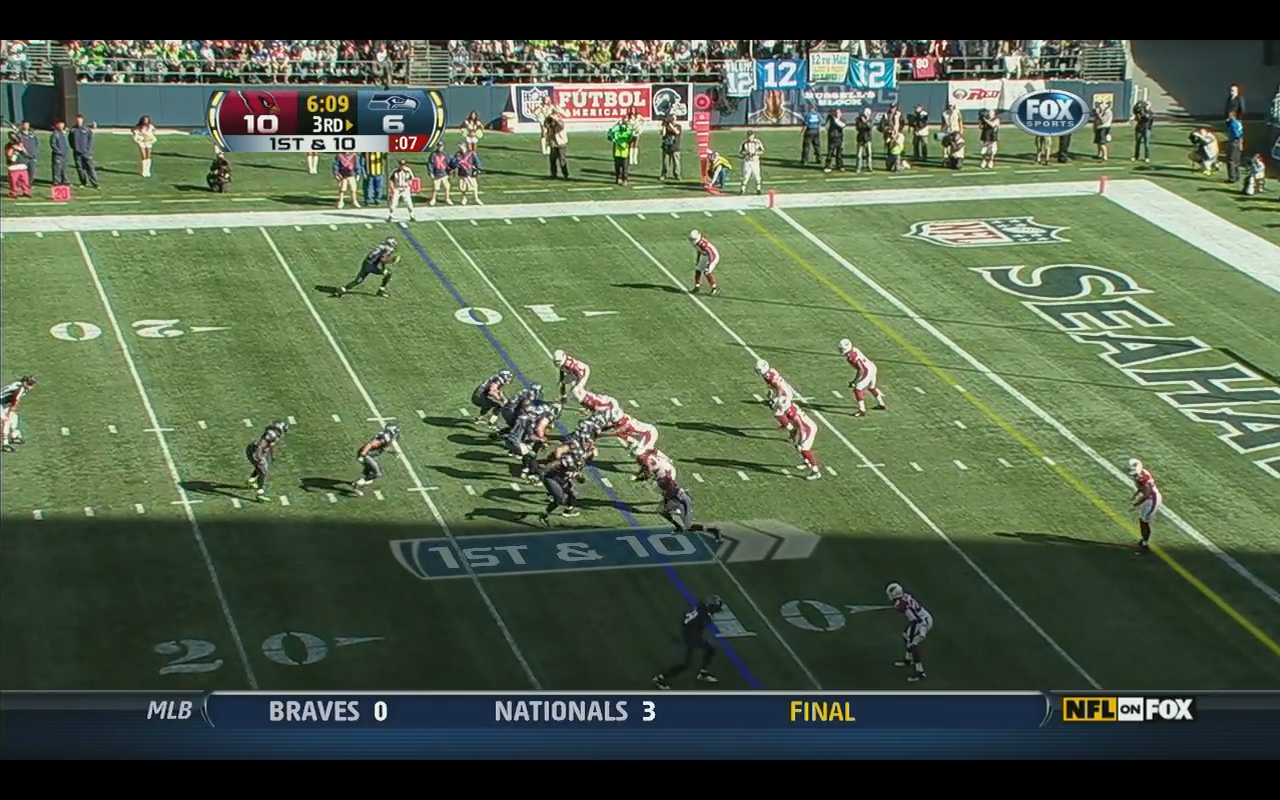 Jackson reads Rice but Rice is running into a double team. On the left, Mike Williams fakes a slant pattern before breaking into a fade, losing Patrick Peterson on the second move. 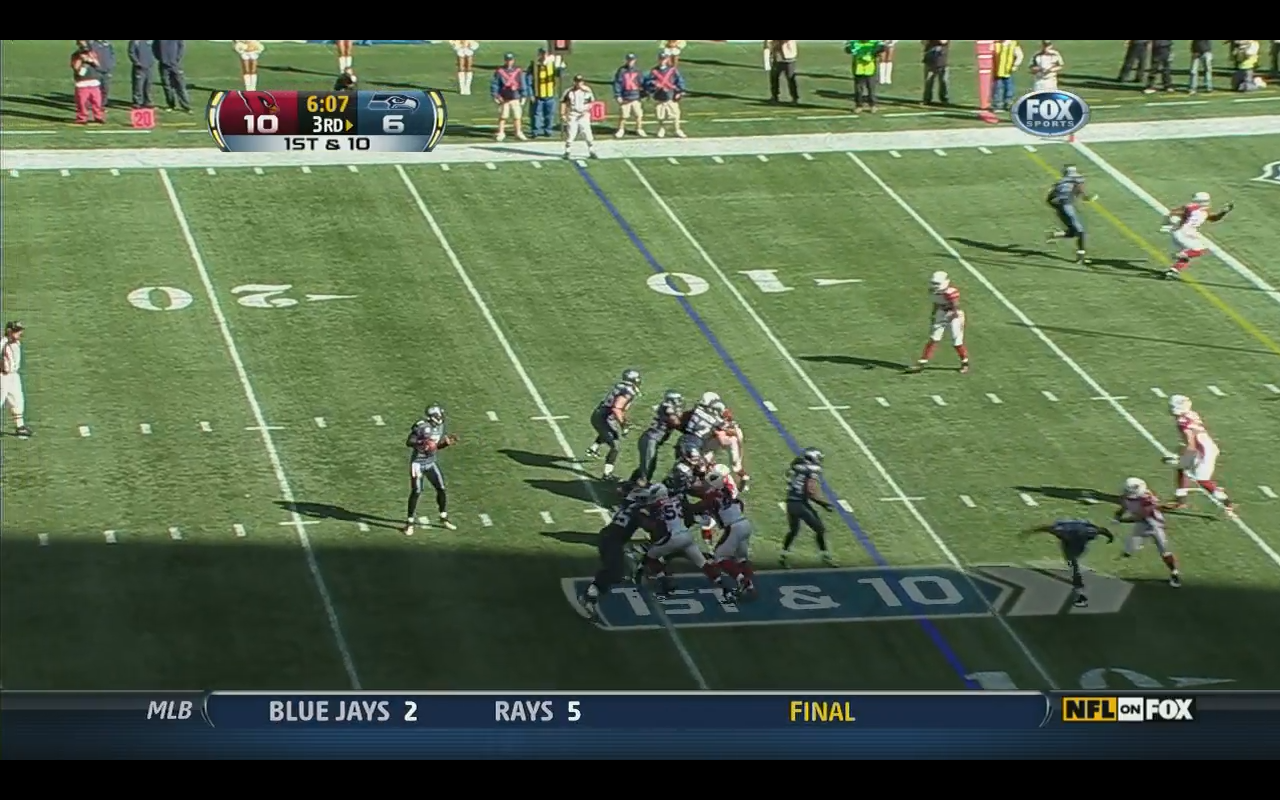 Jackson looks him off, looks back to Rice, and begins to run. 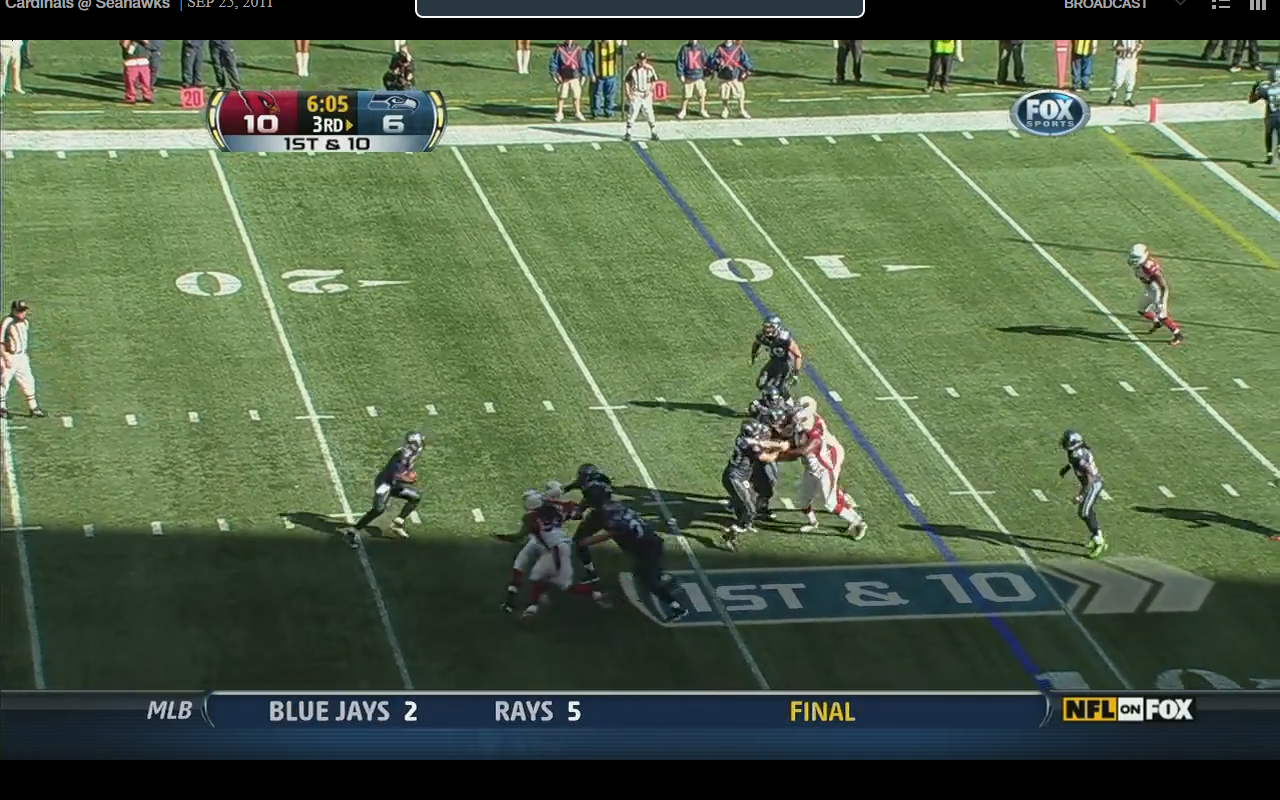 He eyes Zach Miller running left. Jackson holds the ball at his hip using the threat of a pass to intimidate Joey Porter into running further and further toward the left sideline. 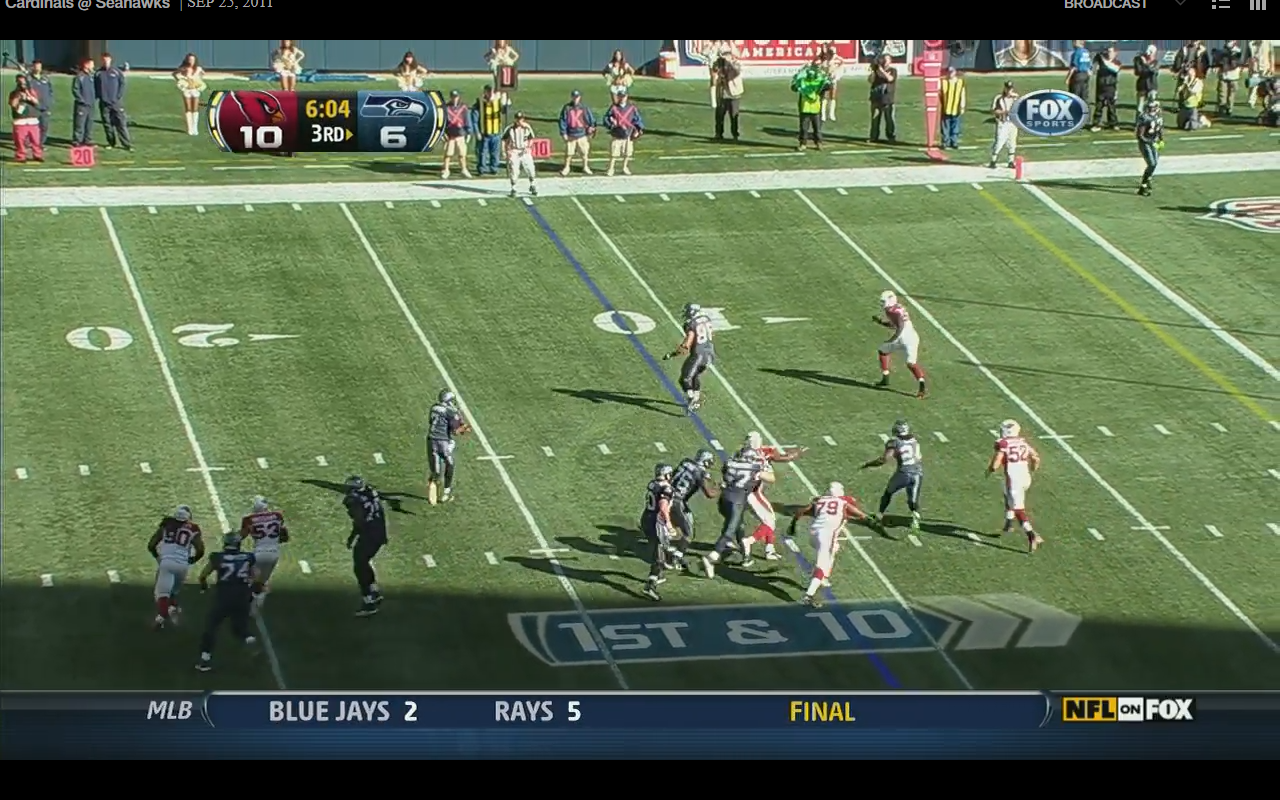 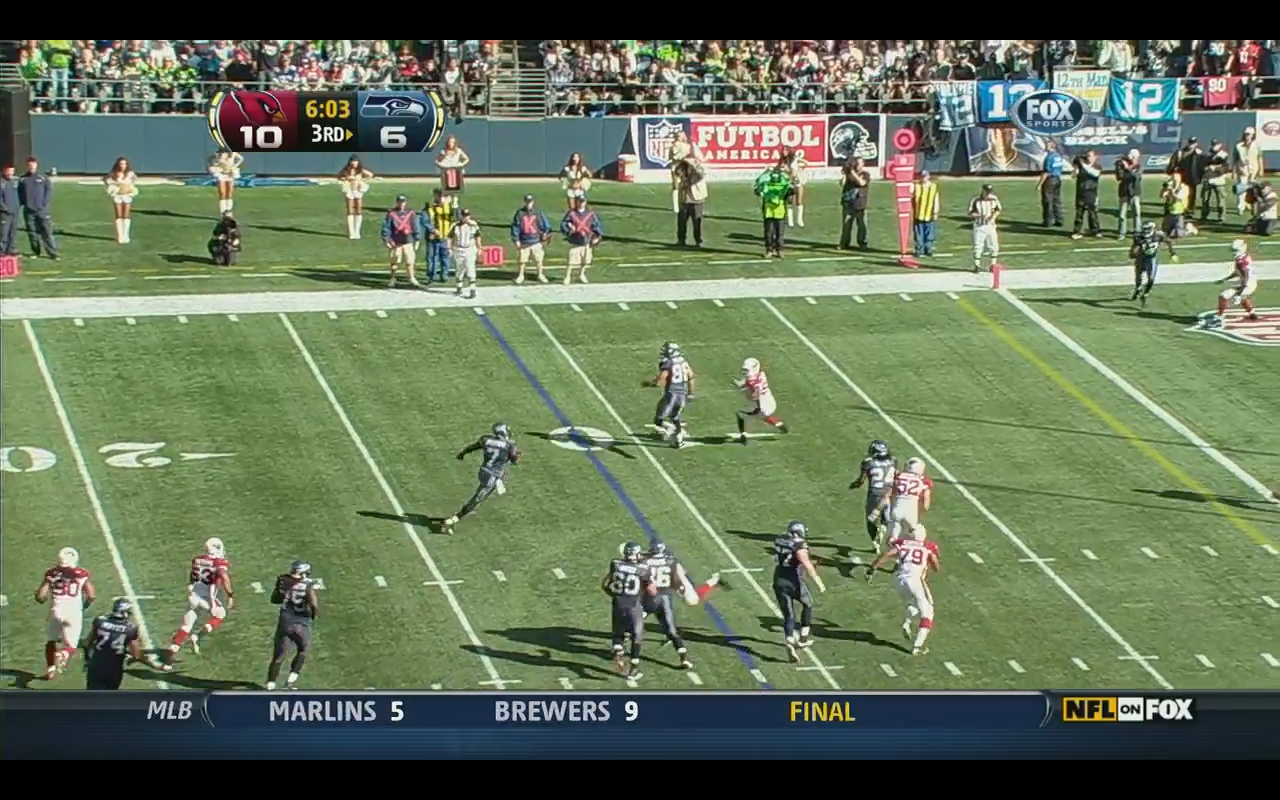 That opening closes in a flash. Jackson cuts inside into the teeth of Arizona's defense. 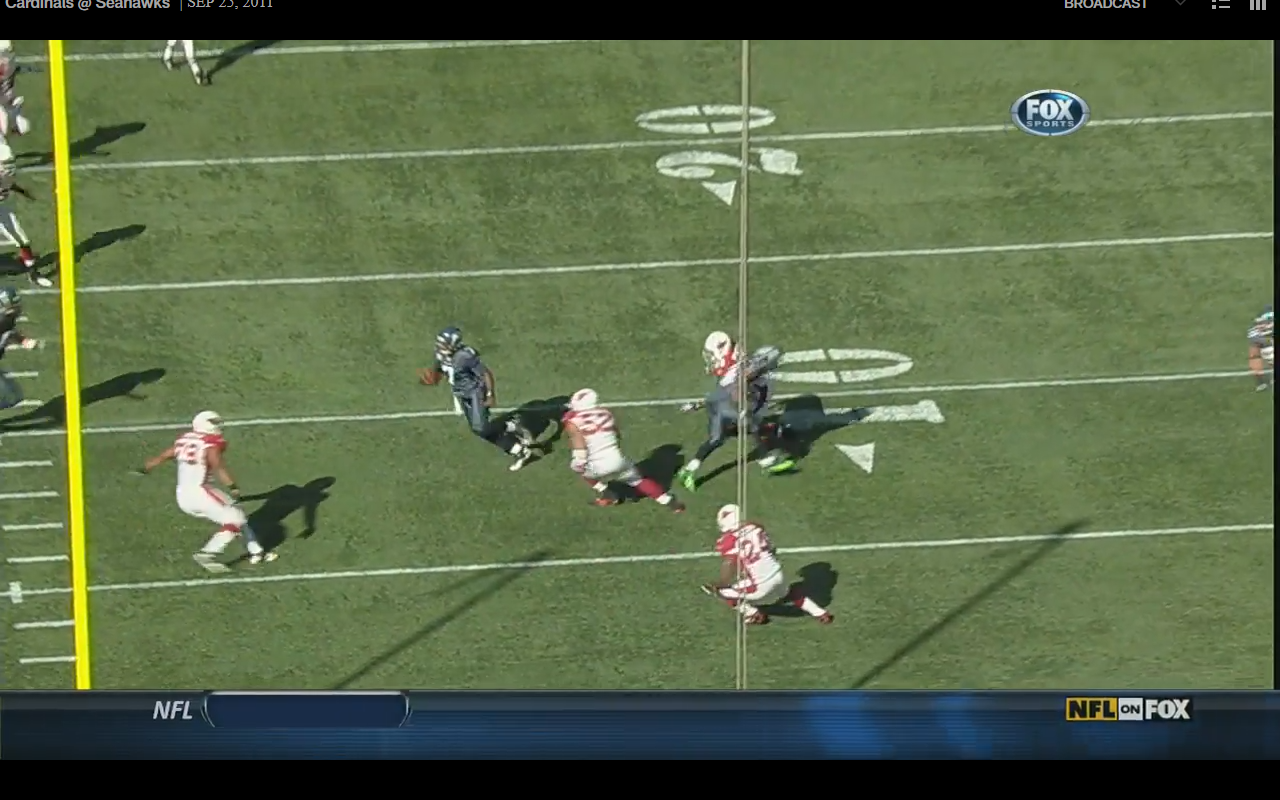 He runs through an arm tackle. 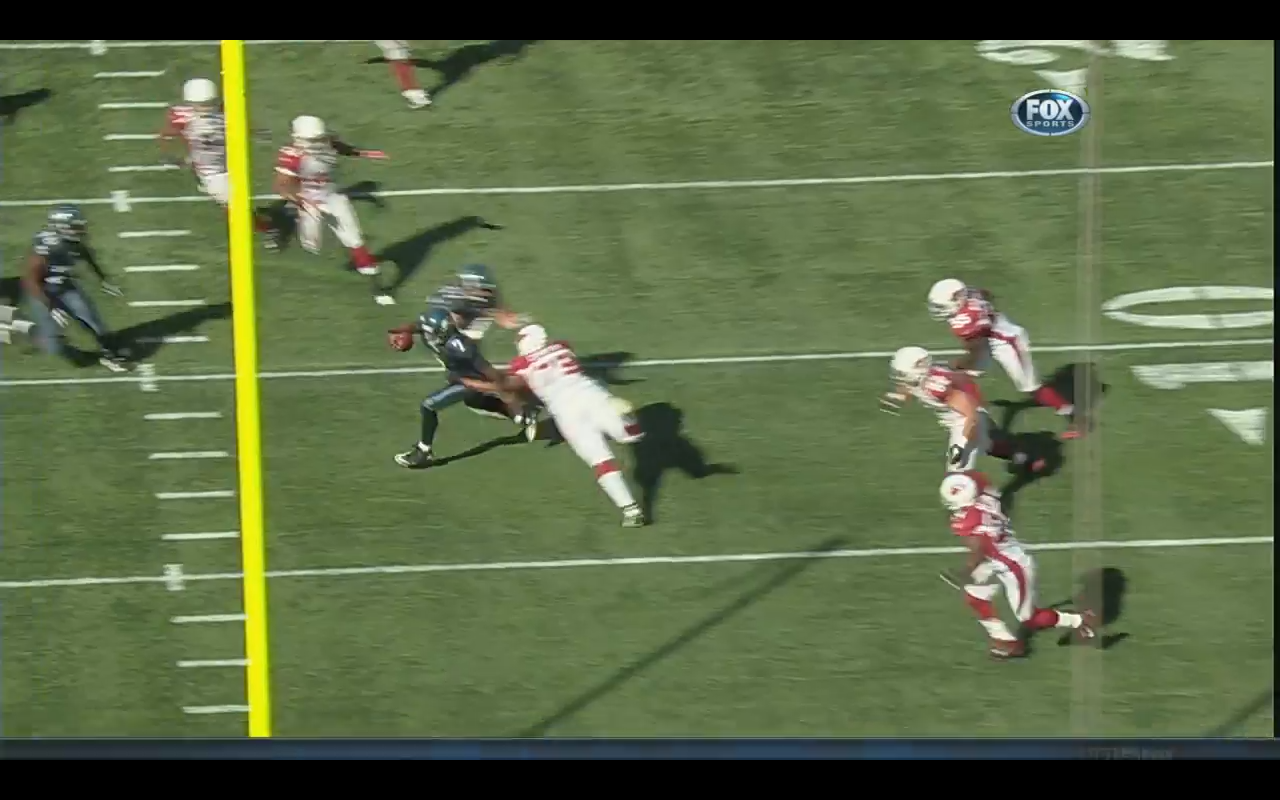 Using the momentum of the defender's tackle attempt he cuts upfield. He's perilously close to falling. 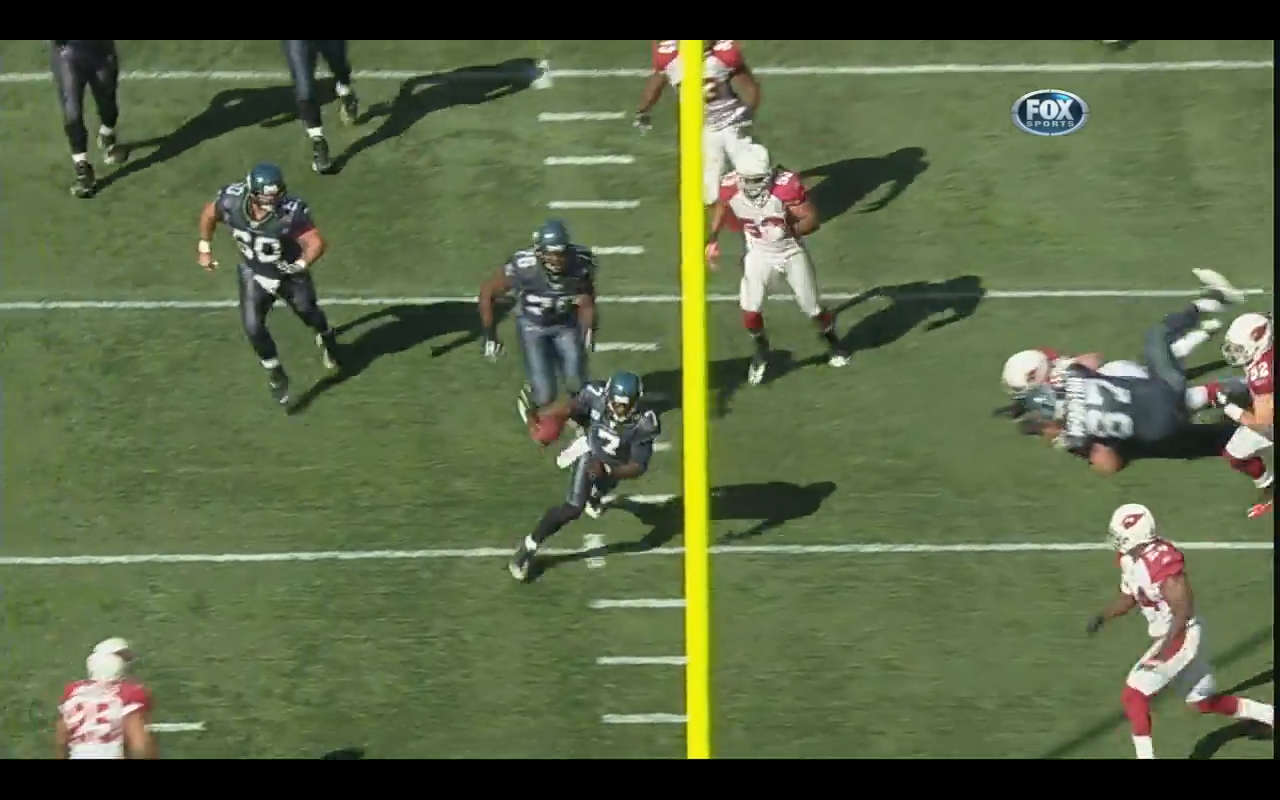 Crushing blows close from both sides. 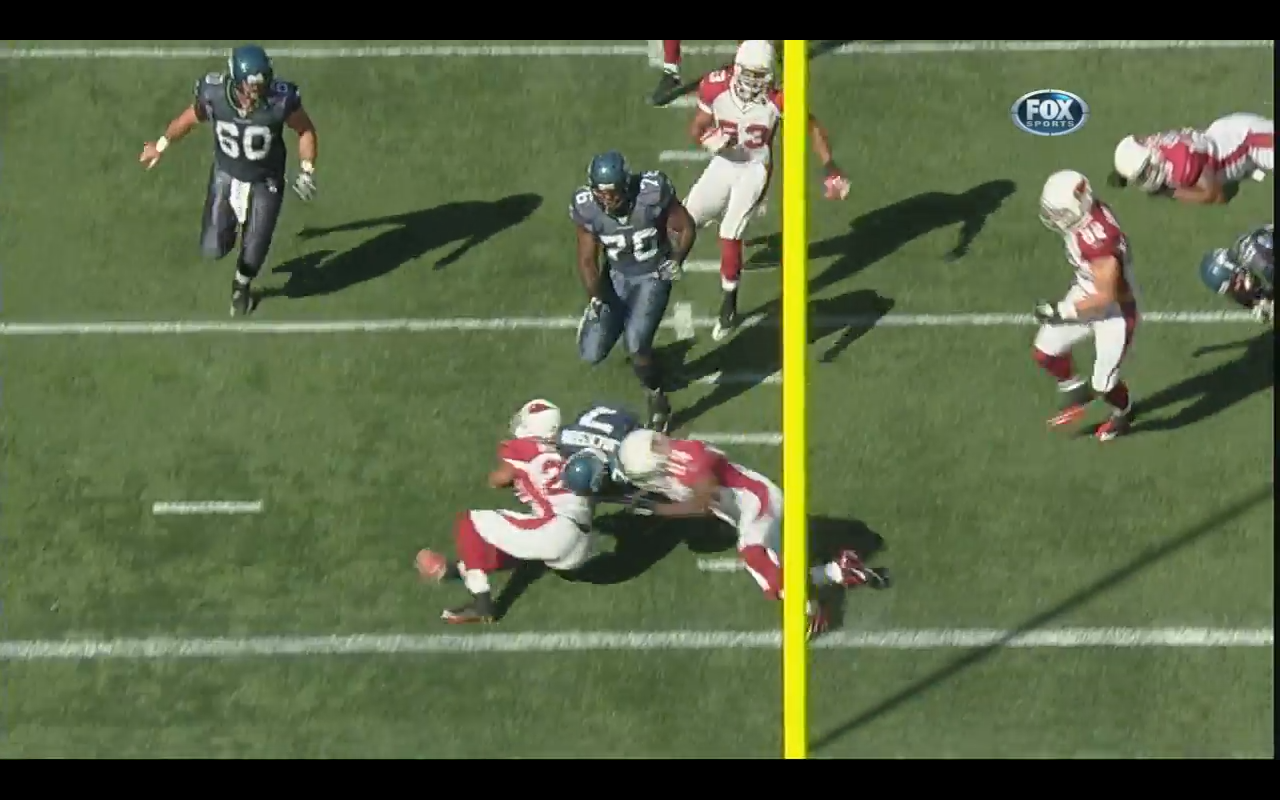 He's struck short but spins through contact into the end zone for the score. 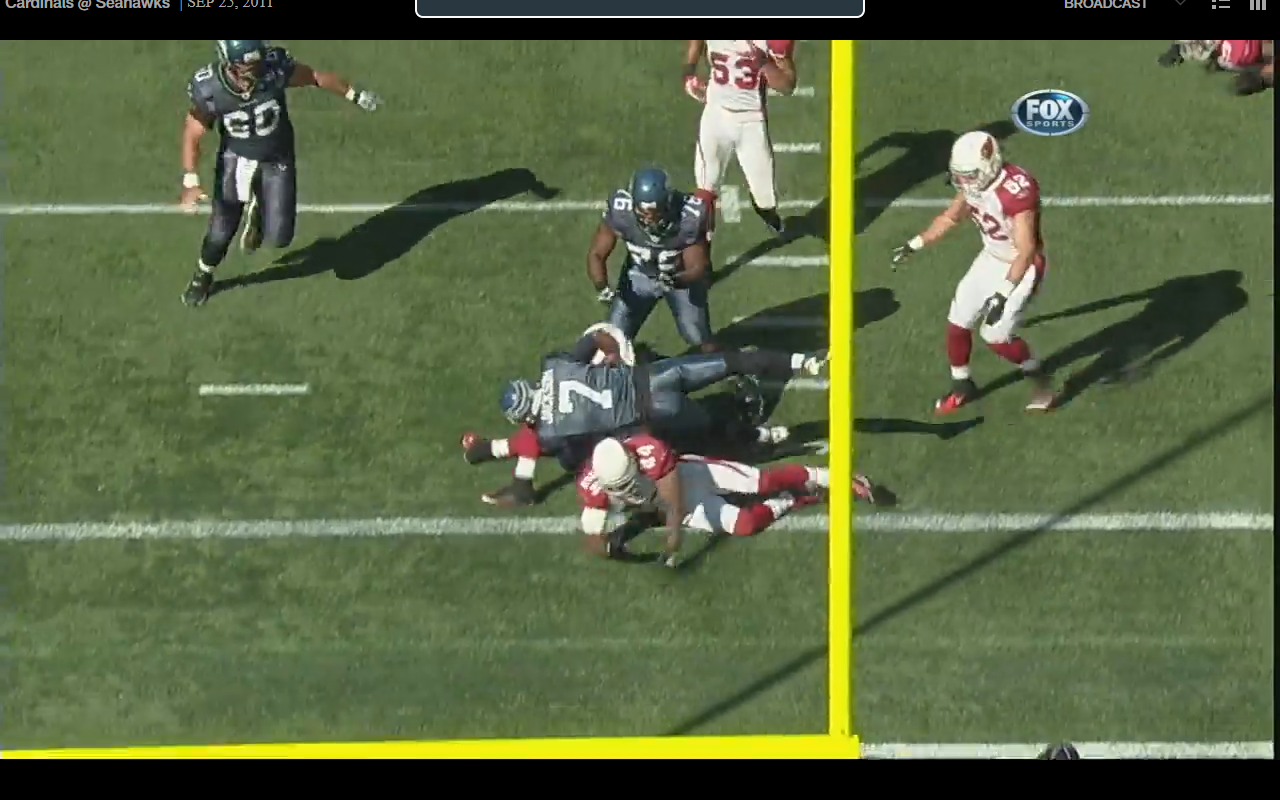 The Seahawks take the lead. 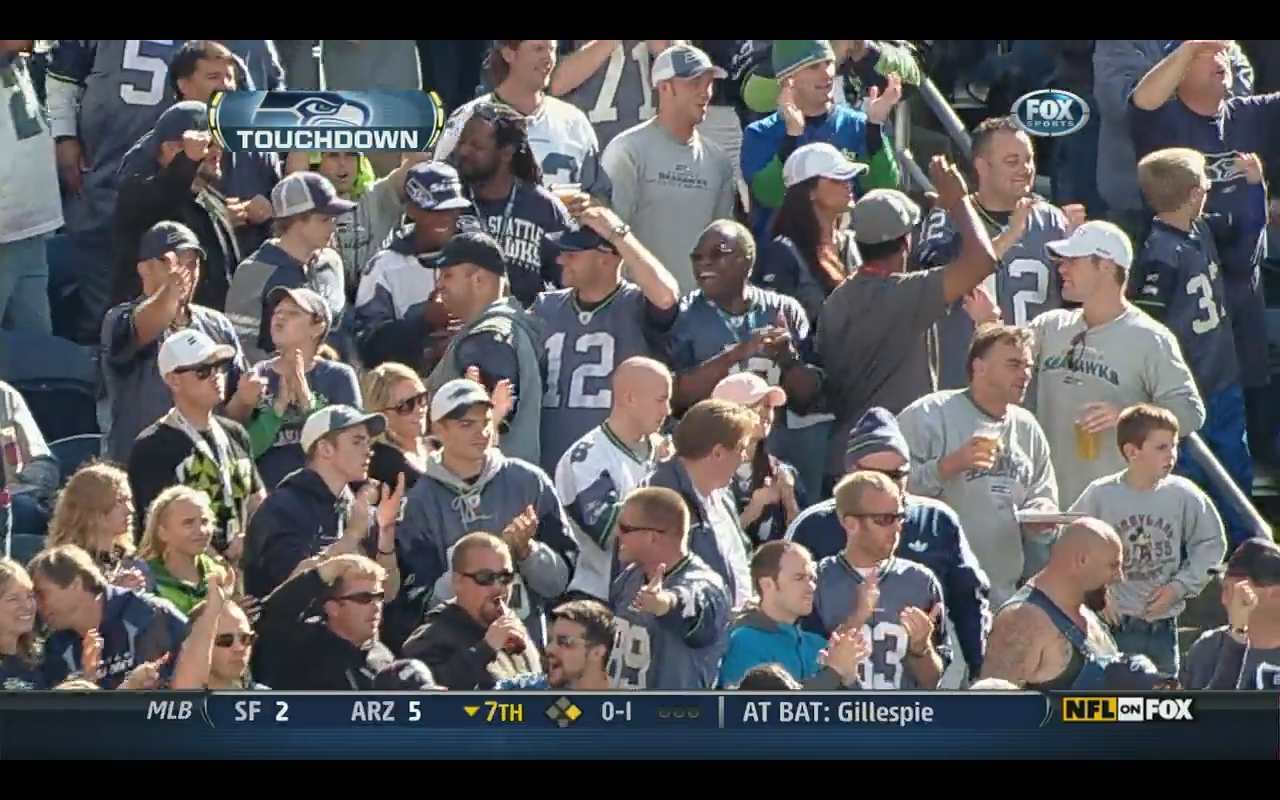 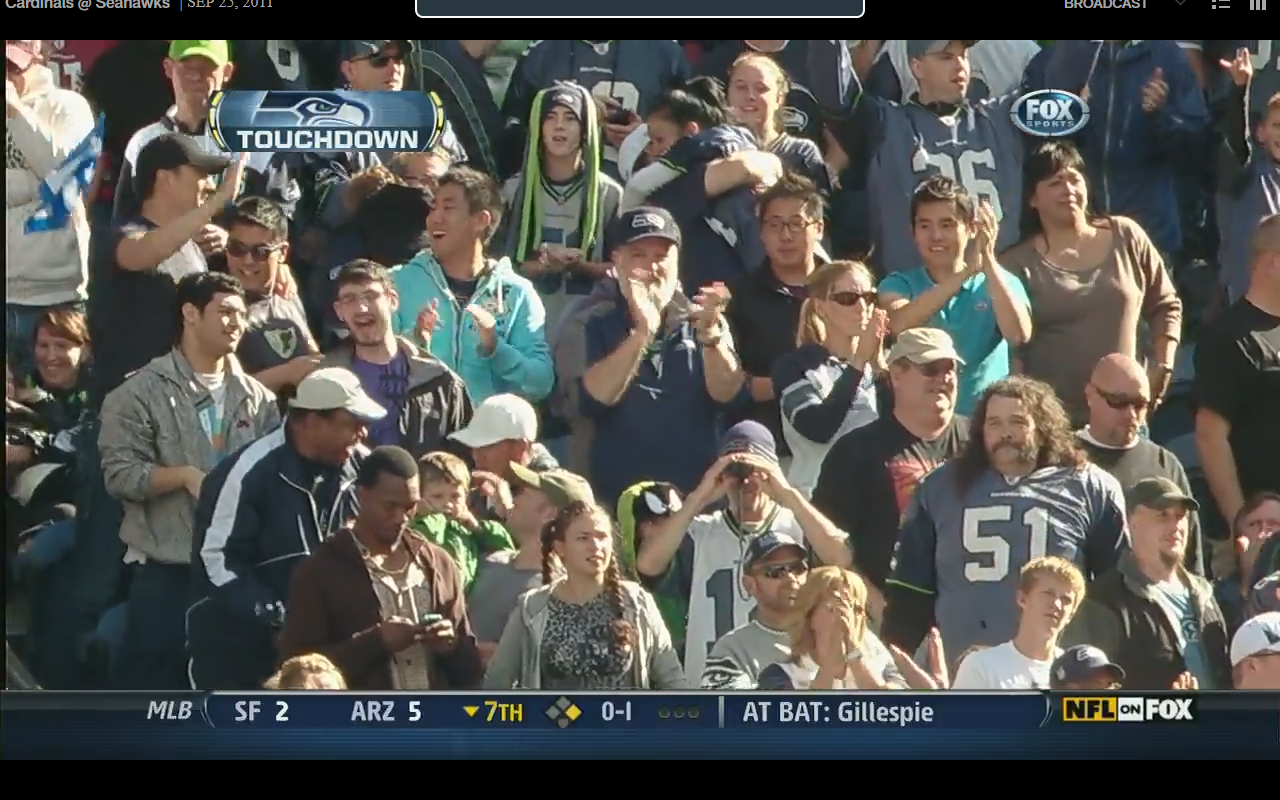 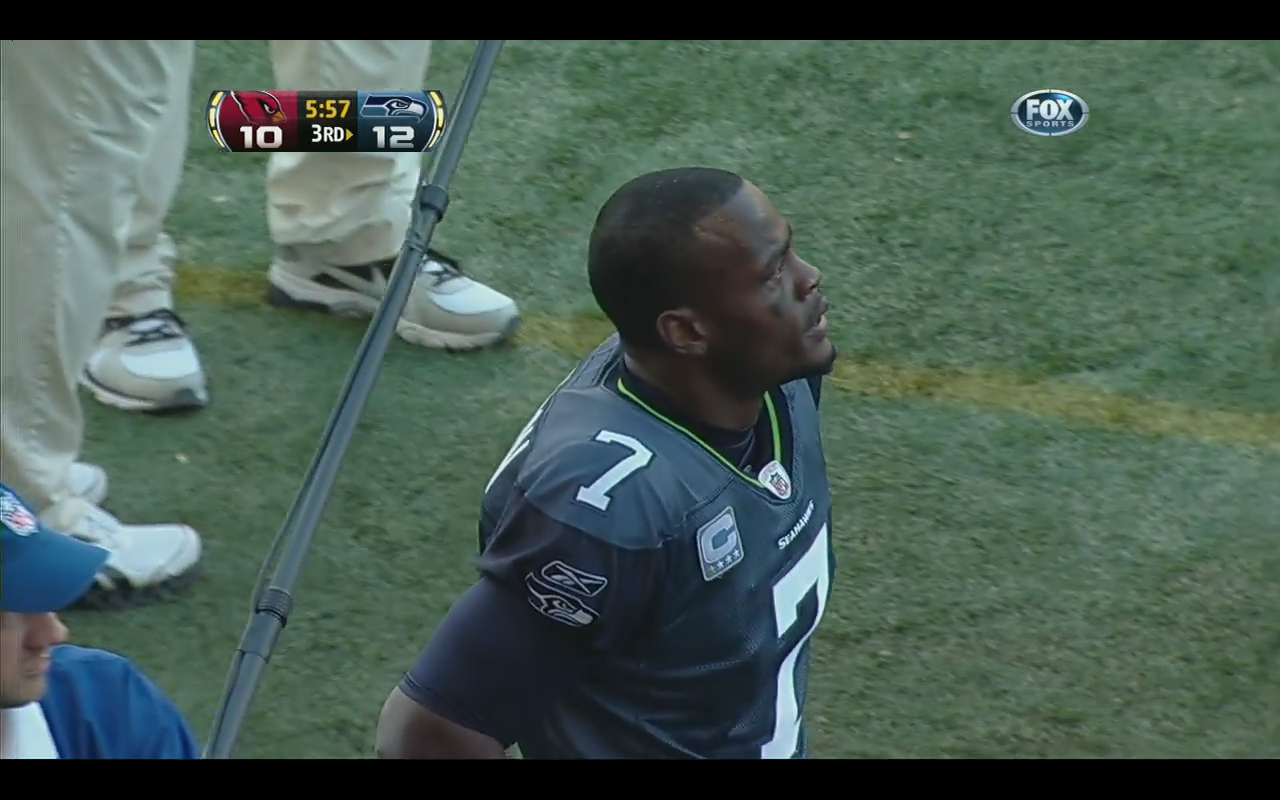