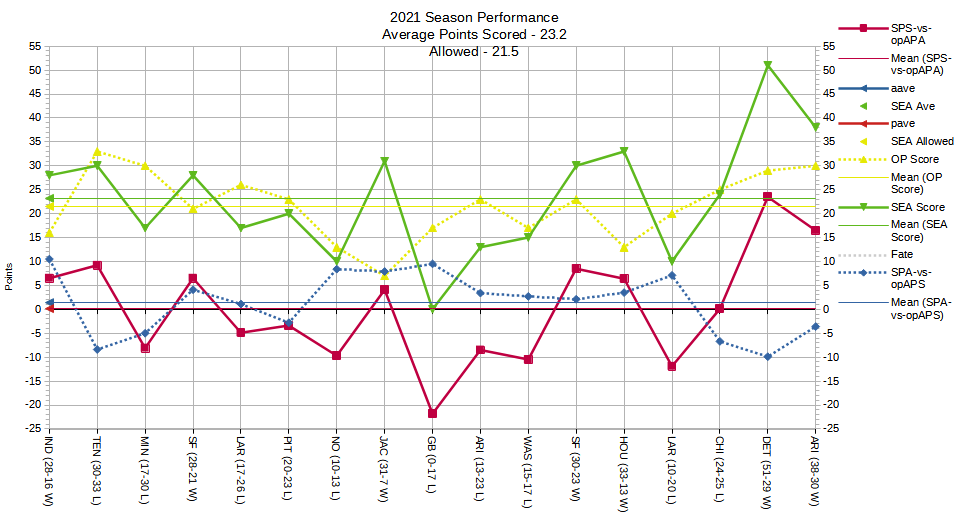 Note: The points allowed in the last game ended up in the poor range, of those, 14 points were due to the offense. The defense actually performed much better than the graph suggests. Still, offensive turnovers that result in easy points, can wreak havoc on the outcome.

The points allowed in ten of the games in 2013 were above the good (5 point) line and six at or above fifteen. In 2021 there were only five near ten and none near fifteen or more above average.

You have to score points to win games and it is really nice if you have a good defense to cover poor outings. 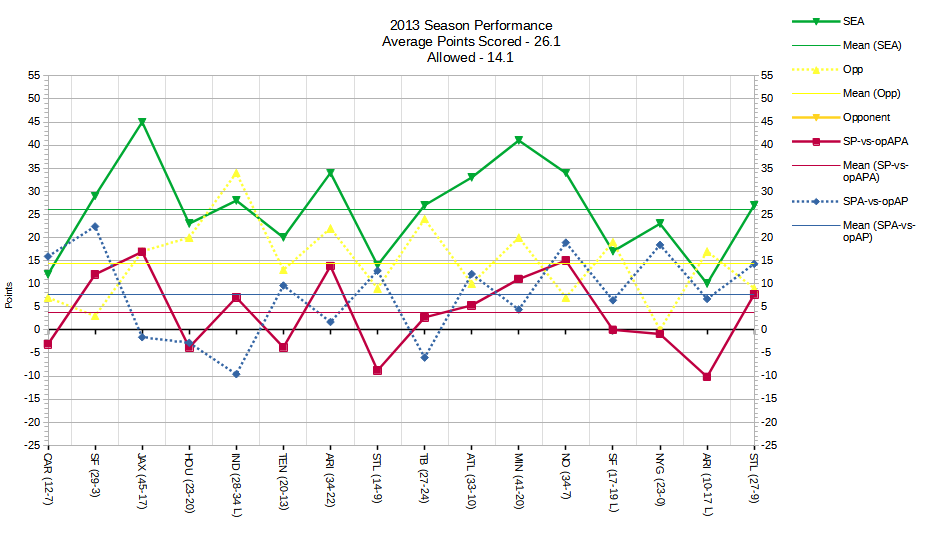 The usual disclamer applies. The graph does not take into account any short term circumstances such as;