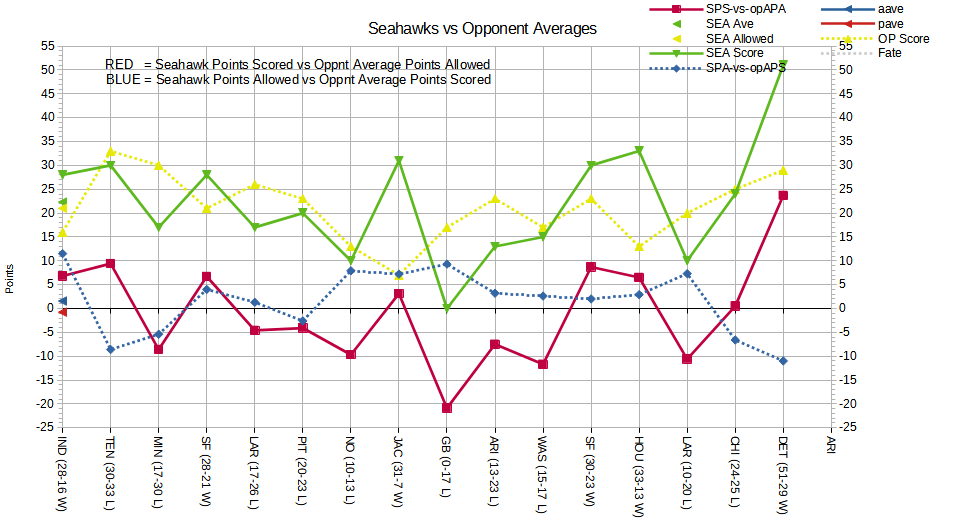 The Fate dot, if you could see it, would be at negative 4.4

Ring in the New Year -- Ring out the Defense

The defense has slipped the last two weeks into the Bad performance zone. They are going to have to turn that around to win.

I think the Seahawks can win even though Arizona turned their losing streak around last week.

Arizona average rounded points scored is 26 and allowed is 20.

Seahawks average rounded points scored is 22 and allowed is 21.

The usual disclamer applies. The graph does not take into account any short term circumstances such as;