After the bye week, let's check back in and see how the Hawks have fared. 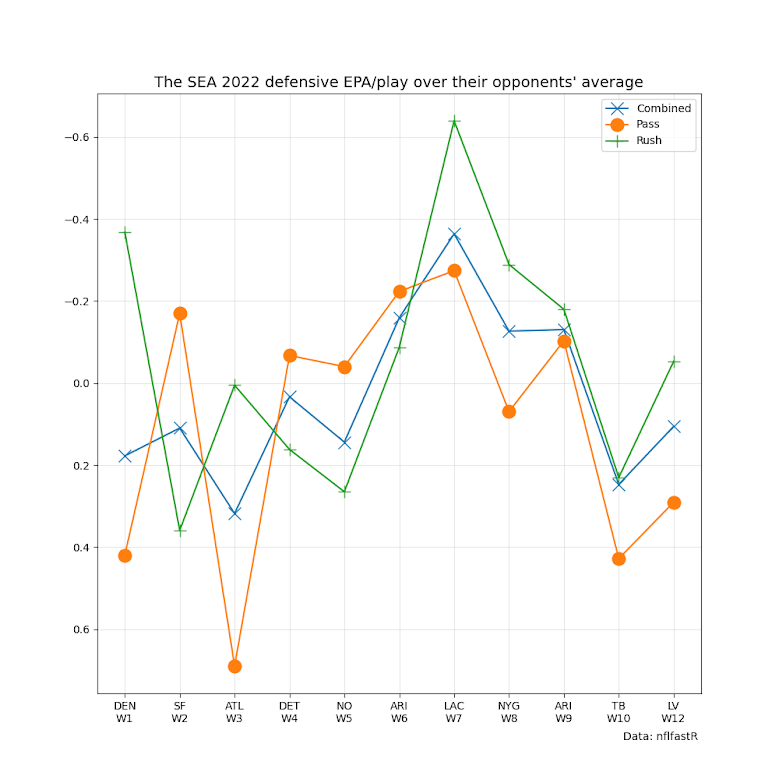 Another not-great week for the SEA defense but it's an improvement over the previous game. You hope for better after a bye week, but c'est la vie. The defense continues to fare better against the run than the pass, though that continues to not necessarily be what you hear from the media. EPA/play does not care as much about explosive plays as some metrics and that explains some of what you're seeing. On a typical down, the SEA defense is worse against the pass than the run. 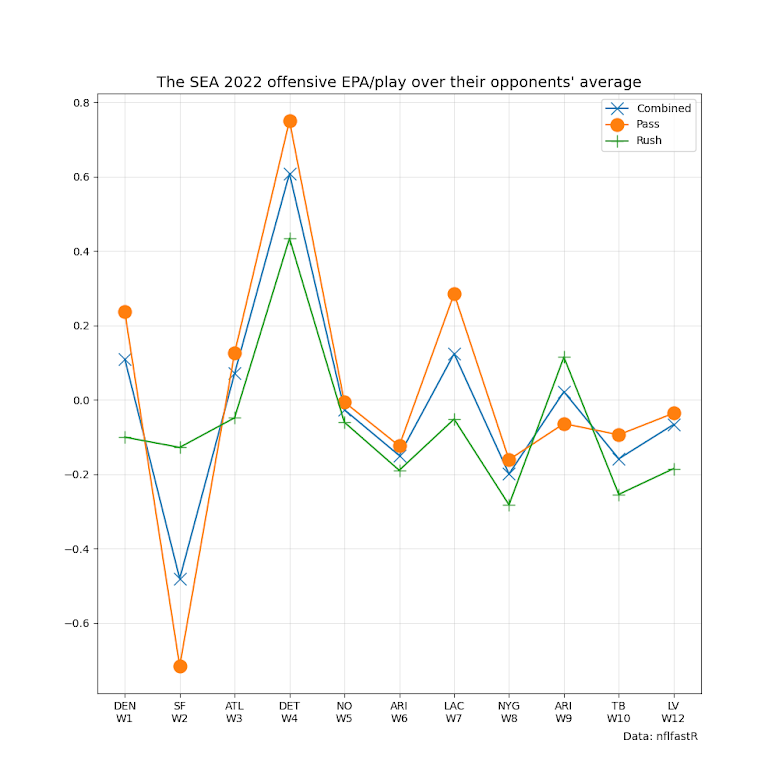 The SEA offense, on the other hand, seems to be finally stabilizing around slightly underperforming against league average. And as is typical, they were better passing the ball than running it. The LV game is precisely the kind that validates opponent adjustment: the LV pass defense is league-worst and so looking at QB production in a vacuum is inaccurate. After adjustment, we see that Geno et al. fared pretty close to the average LV opponent. 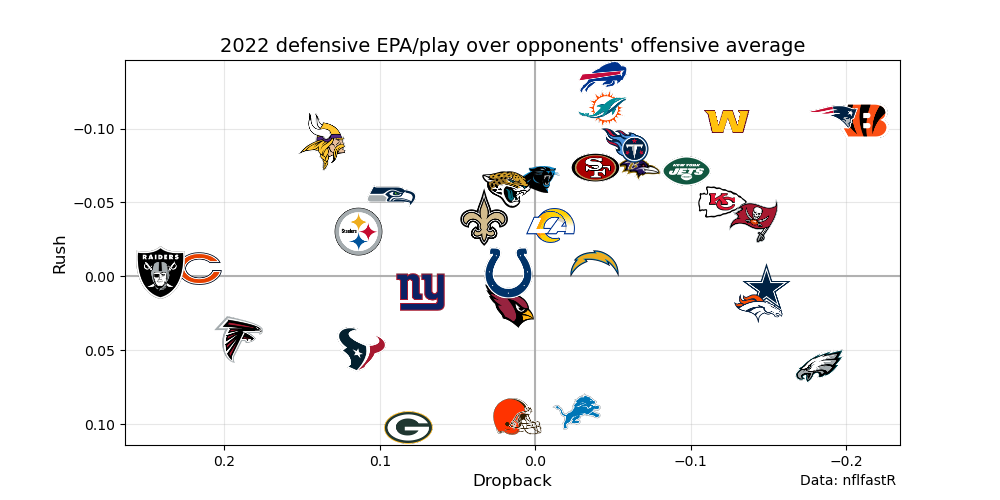 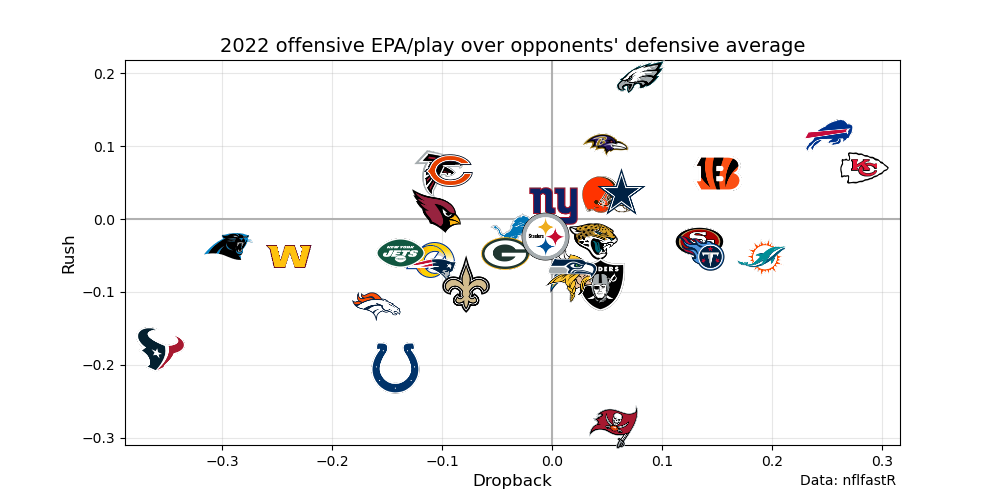