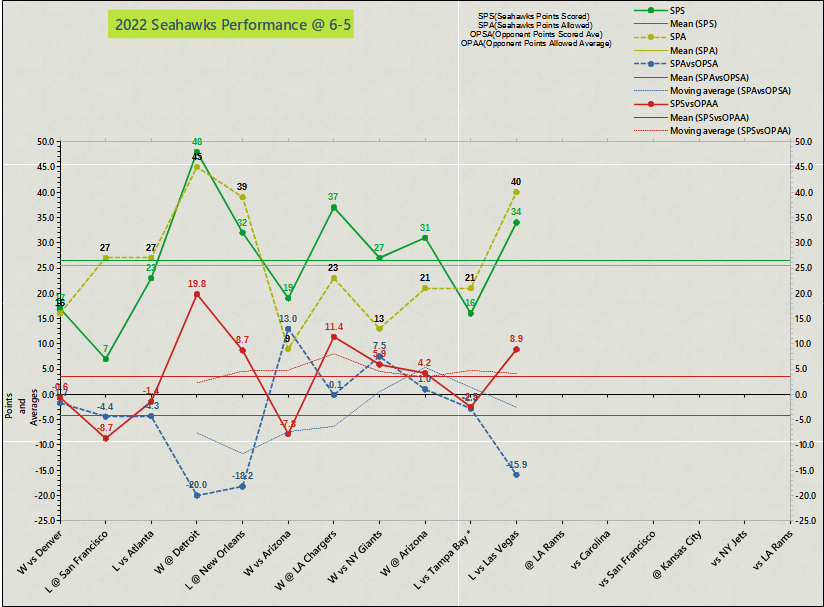 The last two games have not inspired confidence that the team can make a playoff run. They are regressing in the run game on both sides of the ball and the offense has failed to rally late in the last two close games.

Next up are the Rams. They offer another opportunity to get back on track. The Rams are scoring at a paltry 16.2 points per game. Plus, they are allowing 23 points per game ... not pretty.

The Seahawks need the two possible wins against the Rams. Without winning this game, the hope of a playoff game greatly dims. Not just because of the wins and losses but because they are floundering in winnable games.