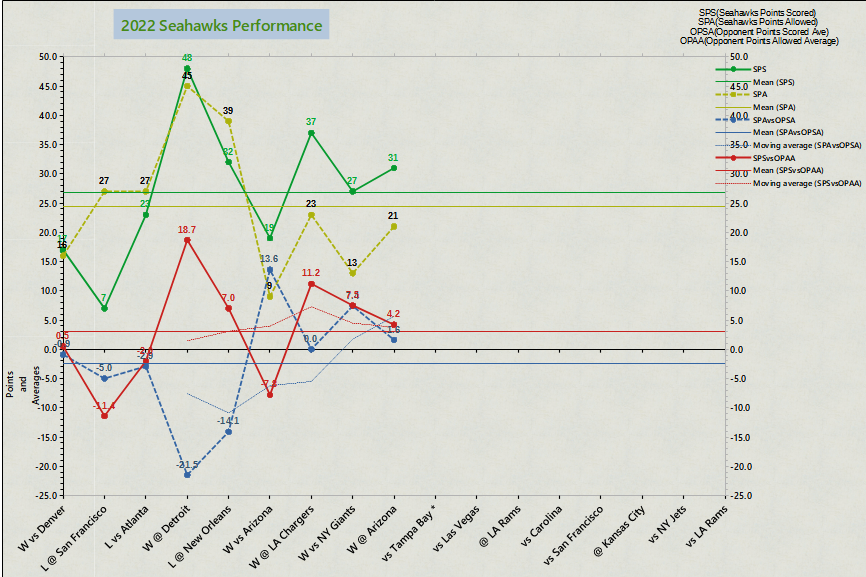 The points allowed (blue dashed line) was affected by the pick-6 this week. The overall defensive effort was better than shown by 7 points and would have been on par with the previous week.

Tampa Bay, next week, features points scored, and points allowed, of 18 points per game. Brady and their offense have not been very prolific and have leaned heavily on their defense to keep games close. This will be a good test to see if the Seahawks can continue the good play by the defense and offense.

Added 4 game moving average (MA) lines. The MA shows how the performance of the team for points scored and allowed is trending against the opponent's averages in the short term. The basic takeaway is that the MA lines should be above the axis at 0.0. That means that the team is doing better than average against their opponent each week.