I am using a different format this week. I've completed the opponent-adjusted EPA formulas and so I'm just gonna use them. If you want DVOA or DSR or PPD or whatever, awesome, Google will help you find that information.

First off we have the SEA defense weekly data. This is the defense, so lower is better, but I inverted the Y axis to make it more intuitive. I offset the SEA defensive weekly EPA/play by the opposing offenses' yearly EPA/play. The result is zero-based, so below zero is better than average and vice versa. So far, the Hawks are better stopping the run than the pass, they had a big positive inflection between weeks five and six (the NO game and the first ARI game), and they seem to be evening out to average or a bit better since that inflection. 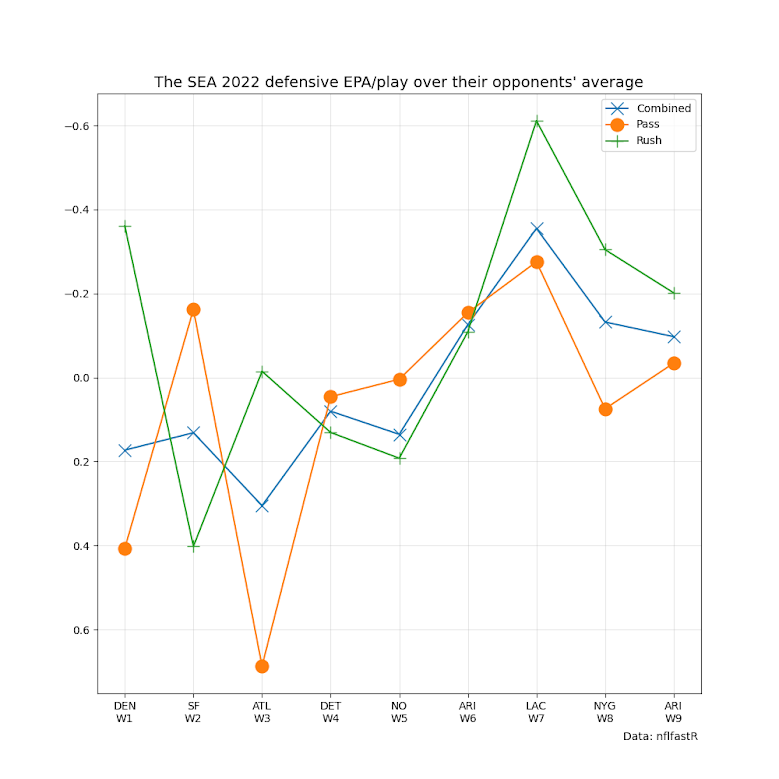 Now let's take a look at the Hawks' offense. They really sucked week 2 against SF, then really dominated two week later versus DET. Since then they've evened out around or a bit under league average with a big positive exception in week 7 against LAC. For the most part they've been a better passing team than a rushing team though last week against ARI saw the run game carry the offense to victory more than any other week. 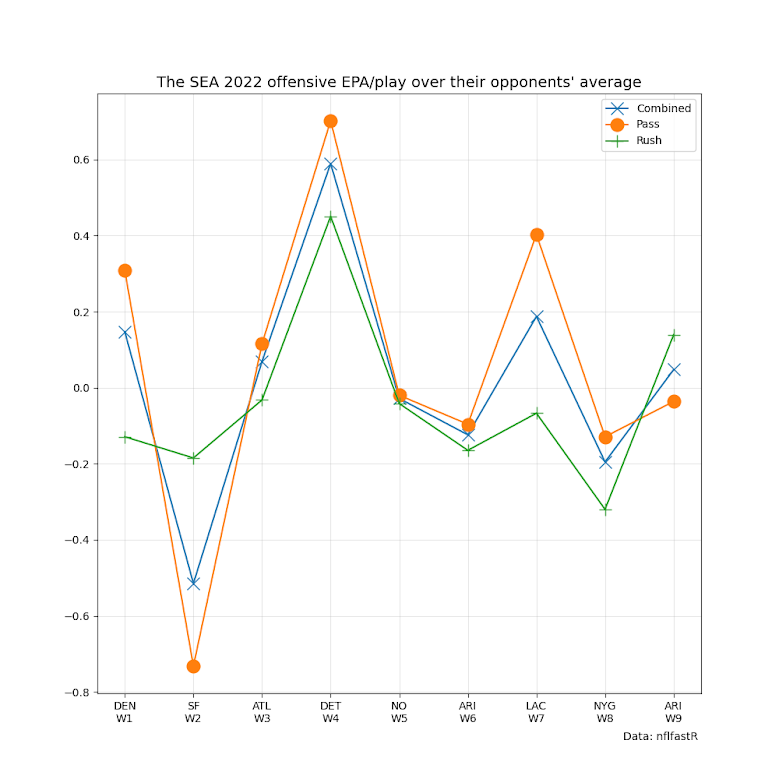 That's it for the weekly breakdowns, now let's directly compare defenses across the league. Note that I have inverted both axes in this graph so even though lesser numbers are still better, the top right is the best quadrant. SEA is 21st overall, 24th against the pass, and 5th against the rush. 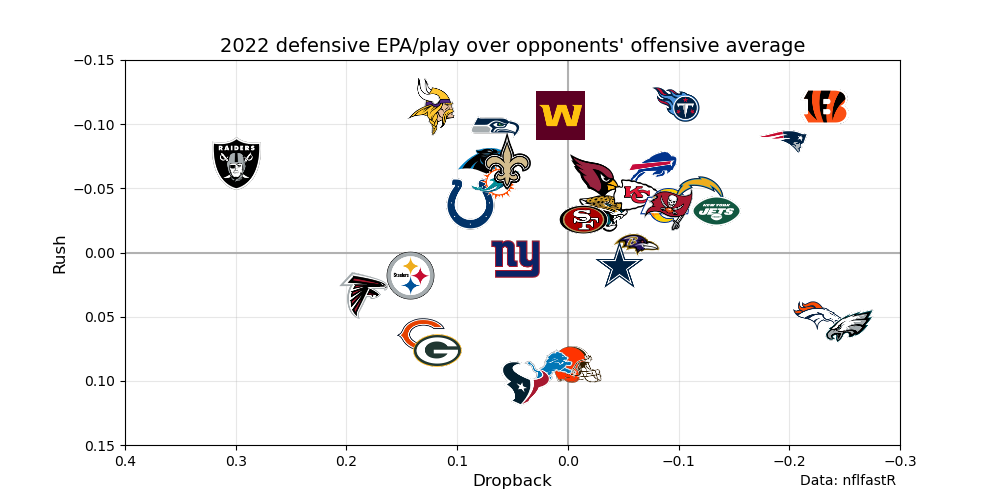 And lastly, the league-wide opponent-adjusted offensive EPA performance. The SEA offense is 14th overall, 10th in passing, and 17th rushing. 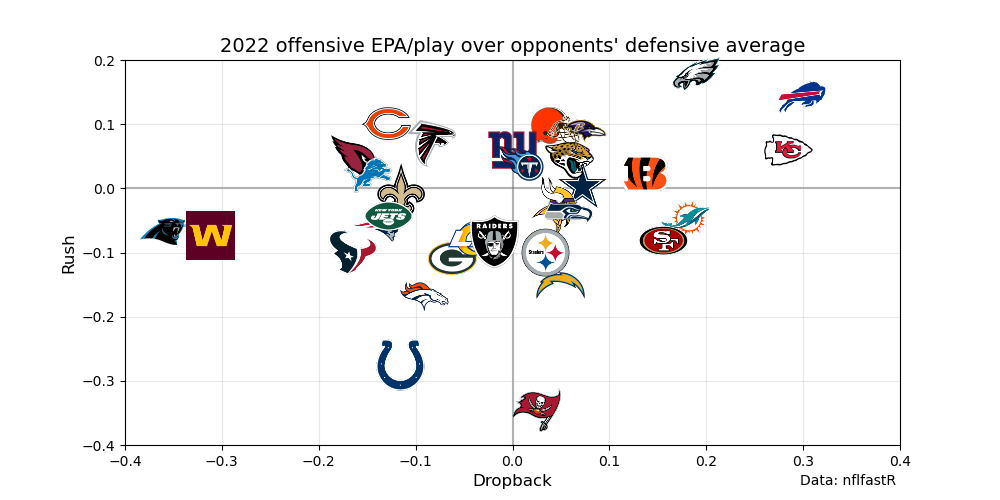 So, once adjusted for opponent, the EPA data suggests SEA's win-loss record is inflated by weak opponents. It also does not suggest SEA is bad but rather that they are somewhere in the middle of the league.
Technically, the last two charts are in error. I averaged each week's results with the same weight instead of assigning weight based on play count. A play-by-play metric would be slightly more accurate though is unlikely to yield notably different results.