Thankfully the Hawks played a not-great team last week that was (fortunately for us) down two of its most important players. Even just a healthy Donald and Stafford likely make that win a loss. Lest you think the Rams are truly terrible, though, keep in mind their offense and defense have the 3rd most difficult opposition so far. They have not objectively produced that well, but they've been playing uphill all season. Their defense is ranked 19th by my terribly titled EPAPPOE metric and their offense is 26th, neither are average but you could easily think they are much worse. 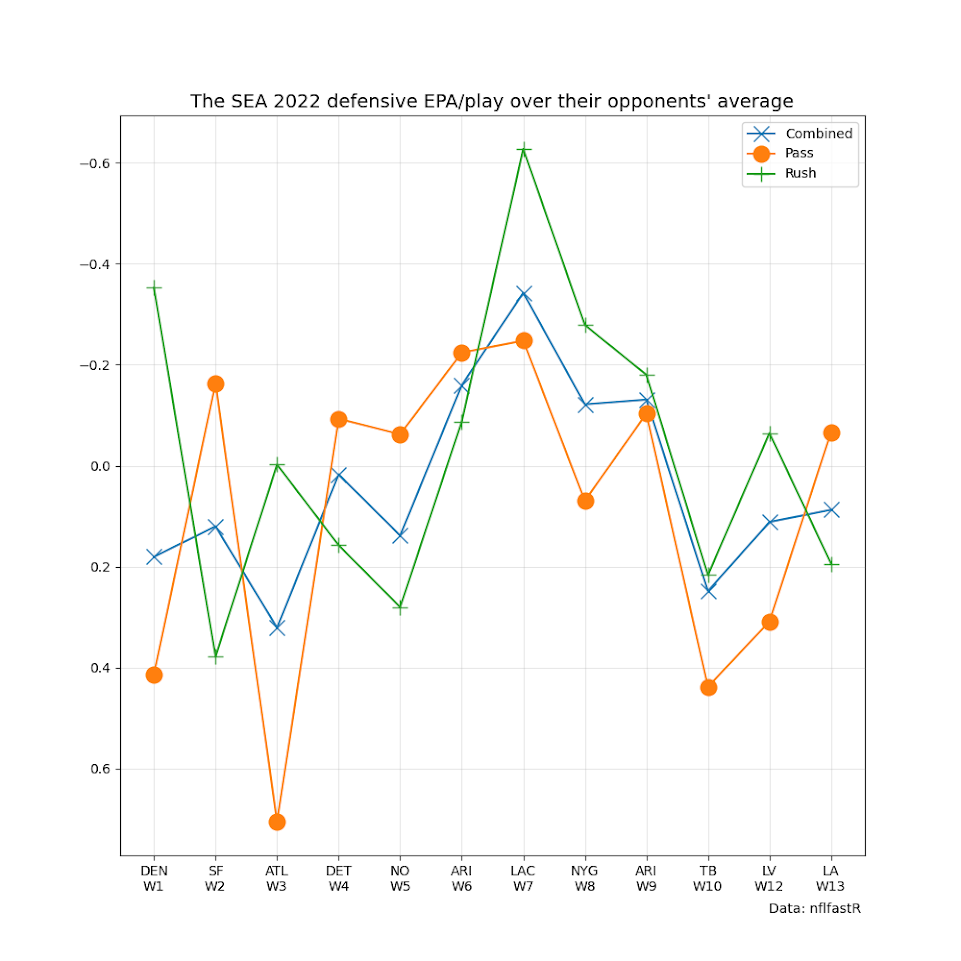 The SEA pass defense crossed back over to the better side of neutral this week, though that should not overly surprise with Stafford out for the game. The rush defense, though, mildly surprised by being worse than the pass defense. Overall it was all another negative week for the defense. Some of that is the chaos and leveling factor that is divisional games, but some of that is consistency with recent performance. The week 6-9 run of good defense has yet to be returned to. 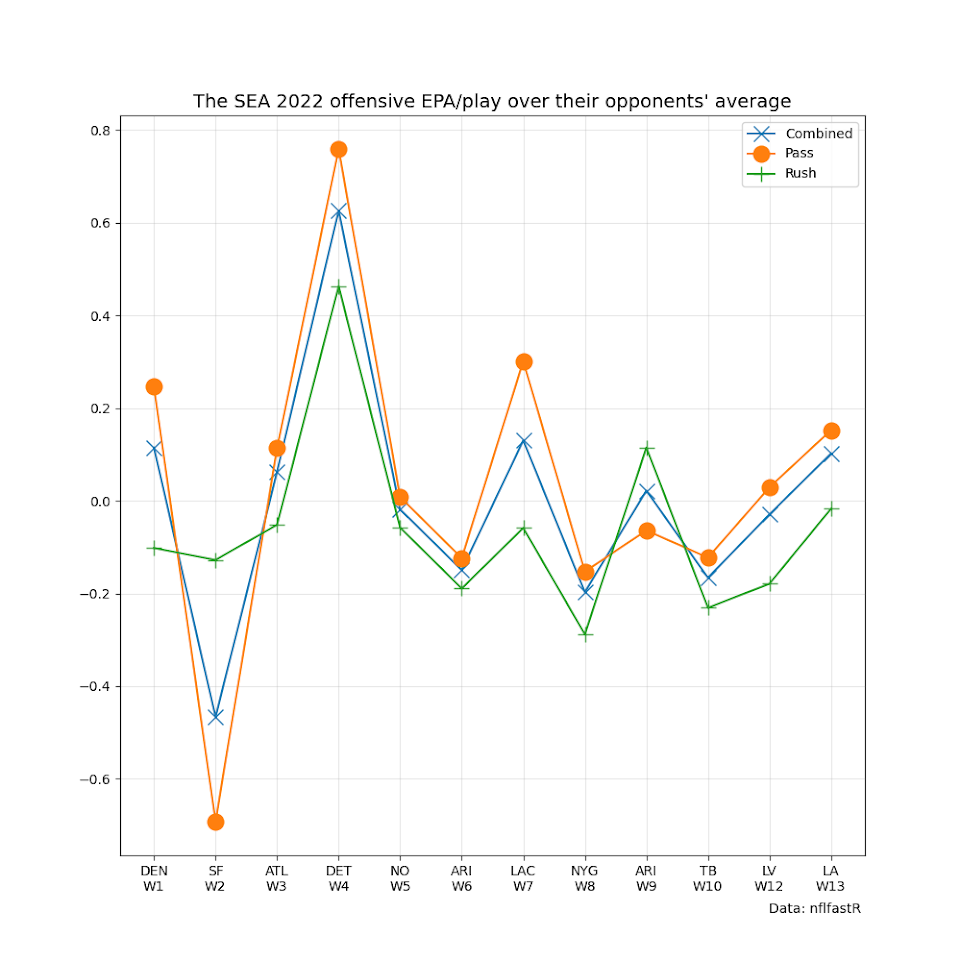 The SEA offense is on a recent upwards trend, though similarly with the defense, this week's opposition being without its (arguably) most important player is gonna skew the result. The pass game continues to generally outpace the rush game, though importantly the rushing attack last week was not as bad as you may think. Being without Penny and Walker does not seem like such a large impediment according to the above. The Hawks were already getting poor rushing performance but now they're just getting it from deeper in the roster. 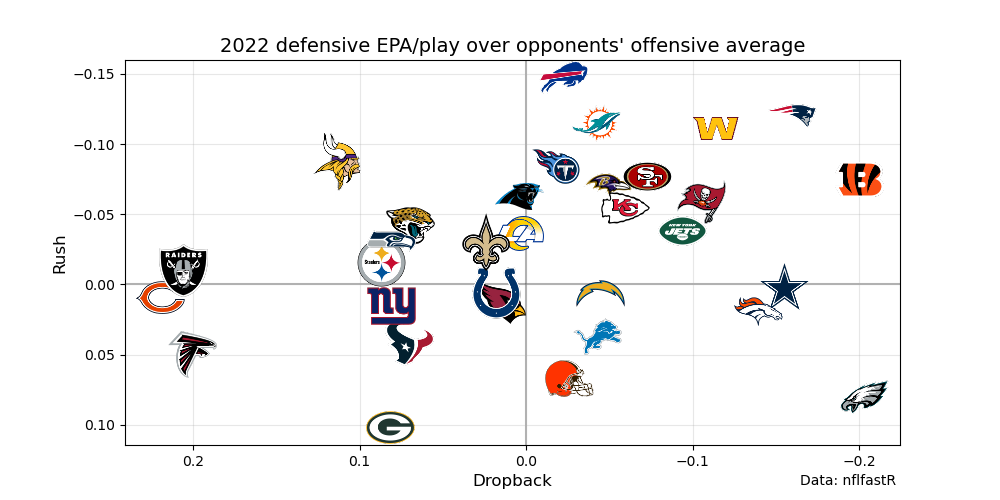 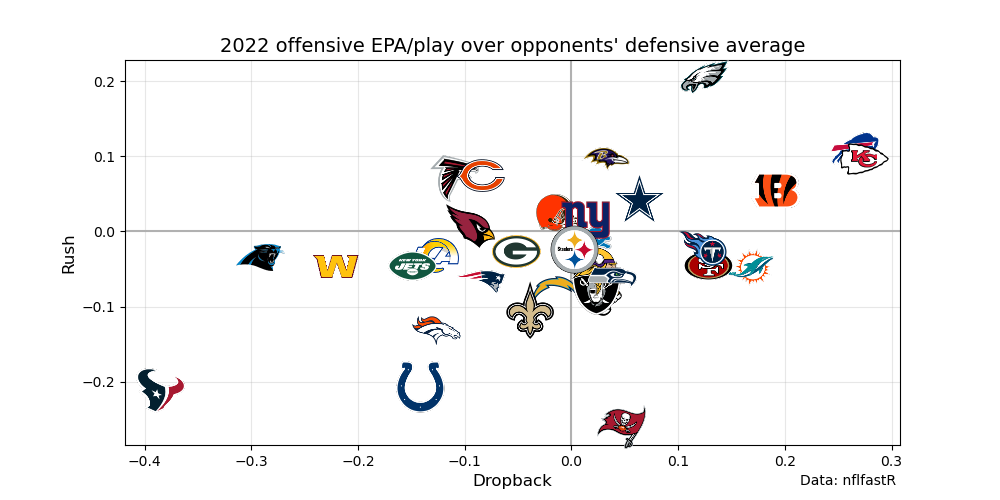