How I stopped worrying and had deep thoughts with STUFR 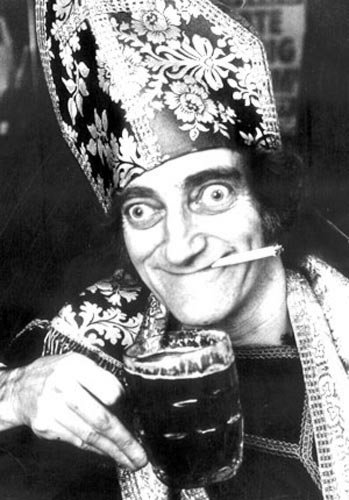 So based on recent events, I haven't been posting or conversing much on Field Gulls, it just isn't fun or enlightening anymore. This is very sad for me, and I honestly have been grieving it as a loss in my day-to-day life. I have been struggling to put to words what has changed, but I am trying.

There was a time when we could have a discussion that was political in nature. Rarely did they get out of control, but they would still eventually get nuked to make sure. We even have had sperate fanposts to concentrate political discussions. It actually was a regular thing at times. We can't do this anymore. We get to heated and go after eachother.

We used to be able to criticize commentators/writers/each other and point out inconsistencies in logic, missuse of data, etc. Anymore, if you aren't on the correct side of the argument, you are shouted down and effectively removed from the conversation.

We are no longer a community that has a lot of healthy conversation and debate from all sides. Some do still happen, but they used to be the norm. I am sure not everyone feels this way, but this is how I feel. I realize that I am part of the problem. A lot of us are. We just need to get it out there and think it through.

I have been here for a long time though and I remember when we were in this same situation. Let me take you back to March 16, 2010. Pete and John were the new GM and HC and they decided to trade Darryl Tapp to the Eagles for a fourth round pick and Chris Clemons. I would love to link in the 1400 comments that ensued, but it appears the move to corral has killed them. What you would witness was one of the most epic meltdowns in Field Gulls history, including all major commentors and writers. Oh, by the way, they were all wrong. I am not here to say I was right, I merely said, we don't even know what they are building toward, how can you be this sure about it. What ensued over the next couple of years was nearly exactly what we are going through now. There was a large contingent that started calling Pete and John, the Queen and Prime Minister and wanted them fired for incompetence and miss managing the team. If you questioned them, you were shouted down and dismissed as a rube. It was not a fun place to be.

I am not saying that things are going to turn out like they did last time we went through this. I'm saying I don't know. Last time, most of our writers ended up being full of shit on most things. Last time, if you dug in on one side or the other, you were either full of shit and wrong or full of shit and lucky to be right. My point is that everyone, on all sides, needs to take a step back and look at the big picture. I don't care if you have "advanced metrics", history, crystals or voodoo on your side of the argument, the history of the NFL and PC/JS says that anything can happen, so don't get more bought in on your side than on enjoying the ride.

If you don't want to hear this from me.I am guessing John Morgan can say it better or differently:

Years into doing this, I now can't even watch Matt Hasselbeck throw a pass without ambivalence, a sense that my love of this team is somehow at odds with my professional goals. As I explained to my wife last night, I just want Seattle to win, but it feels like I need Seattle to win the right way, and lose the right way, the way I said they would, or suffer a perceived loss of credibility and a resulting reduced chance of professional success.

Consider Darryl Tapp. Do I know exactly how 4-3 ends develop, and what profile is particularly able to break out, and if Tapp is someone that develops quickly and then fades, or if Tapp is someone just tapping into his potential and the Seahawks are committing another Michael McCrary-like blunder because of a fixation on size? No, though I did think the possibility of the latter outweighed the gains of trading him. So I wrote as much. And over the months, that's been distilled into something very monochrome and opaque: I thought it was a stupid move. I thought the front office had screwed up royal.

Tapp didn't impress in camps or preseason. Tapp didn't play in the first two regular season games. Tapp played in the third and had a sack. Clemons had two sacks the same day. Clemons has stayed healthy so far. At this moment in time, the Seahawks are winning the trade and by a good bit, and a lot of people think I am an idiot for every disagreeing with the decision.

I got to tell you folks, I'm not an idiot and I'm not a genius, and just because I thought Mark Sanchez was a risky prospect, it doesn't mean I am desperate for him to fail. Mostly, I just do not want Seattle to have lost out on a franchise quarterback. I still don't think they did.

The immediate, unfiltered feedback produced by the internet can be overwhelming, and I'm not someone that likes praise and I'm not someone that can minimize the opinions of others by minimizing others, and though it makes me happy that Field Gulls is an intelligent and growing community, the level of animosity between members embarrasses me and often makes me not want to load the site in the morning. We can barely have an extended comment thread without members engaging in a flame war.

I have never had less fun writing for Field Gulls than I have had this year. I have never seen the community so confrontational, belligerent and polarized. I don't know where this attitude started but it's killing my fire.

I ask, as an honest question to members of the Field Gulls community, what is it that you want from this site? I am sick of the rancor, the in-fighting, the pissing contests about who's the biggest fan, who's most knowledgeable, who's right. Why must a thread about what players tweeted become a referendum on the Darryl Tapp trade?

There are thousands of us that come to this site on a daily basis, and as someone that eats and sleeps staring at the Field Goals front page, I'm starting to wonder why. The Seahawks are 2-1. The Seahawks beat the 49ers and the big bad Chargers, and should win the West, and are definitely building something worth following, but following one of the biggest wins in years, all that Field Gulls cares about is beating dead horses, fighting old wars and picking new scabs.