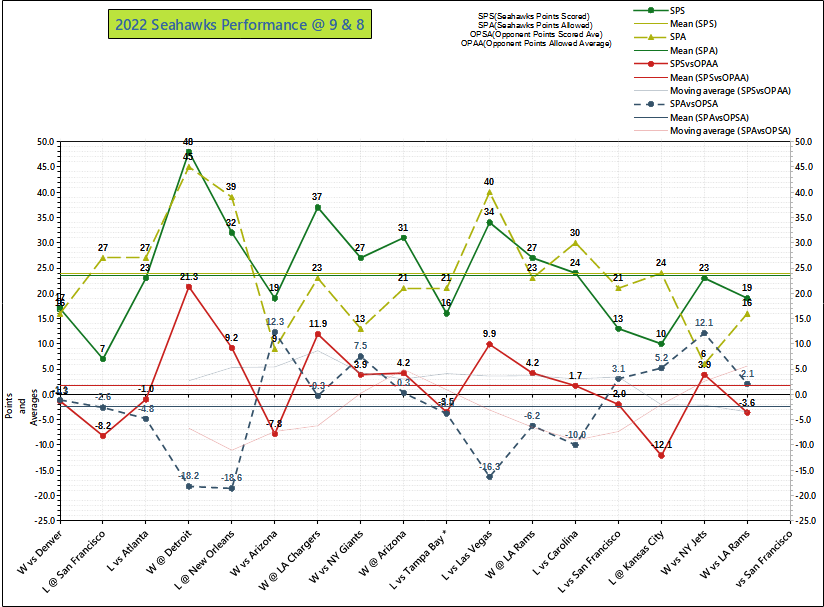 The 49ers are scoring a bit more and allowing a bit more than the last time the Seahawks played them. Still, they are leading the league in preventing teams from scoring. If they are going to give themselves a chance to win, the Seahawks will need to find a way to score more than the 7 or 13 they scored in the last meetings. Plus, the defense will need to continue to perform, as they have been for the last four weeks, in holding teams below their average points scored.