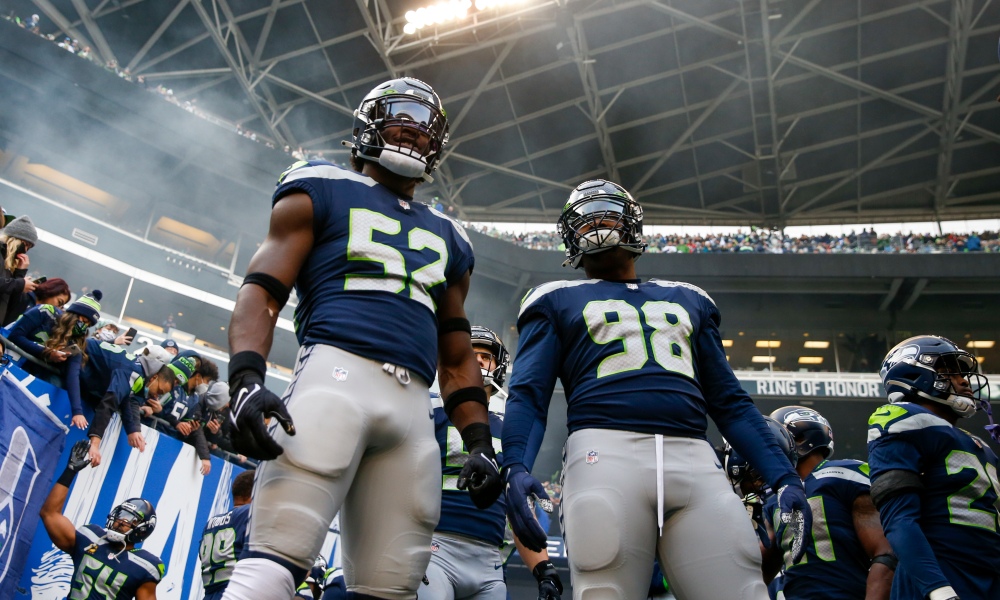 NOTE: This assessment is based on a 3-4 defense with outside linebacker/edge playing 5-9 technique and occasionally dropping into coverage as a hook or flat defender. These are strong, fast, and versatile athletes.

The Seahawks have a very young and athletic outside linebacker group under contract in 2023. There is some concern with play strength in the run game, so a bigger body or two should be added, but the pass rush potential is excellent. Uchenna Nwosu leads the group, he is a complete edge player who put together a pro bowl caliber season in 2022. At just 26 years old Nwosu is entering his prime and should get a long-term contract extension this summer. Taylor deserves one more season to show that he can be a complete edge player. His get off and bend is elite, but his light base is a detriment in the run game, and he appears to struggle diagnosing early down plays, relegating him to a pass rush specialist in ‘22. If he can improve his play strength and film study he could excel in ’23. Mafe had a promising 2nd half of the season and showed significant improvement in his pass rush in the final weeks. The year 2 jump for players is often significant and Mafe could be in for a big year in ‘23. Alton Robinson was injured the entirety of 2022, he has momentarily flashed starter level play and double-digit sack potential in the past. Tyreke Smith also spent the year on IR but was likely to make the 53-man before his injury. In training camp and pre-season Smith showed legitimate 3 down edge potential, with a surprising 1st step and a nose for the football. Onujiogu is likely to return to the practice squad, but he was decent on 25% of the snaps against Arizona and recorded a few tackles. Taylor and Robinson are not replaceable for the cap savings the Seahawks would get by releasing them, so they’ll remain through the preseason at the minimum. The Seahawks will add at least 2 quality players to this list in the draft or free agency.

The free agent class is pretty thin in high end talent, but it is loaded with quality rotational players. Yannick Ngakoue is the only pro bowler under 30 and is the top player on the list. Ngakoue will cost around $10M apy on a minimum 2-year deal. Pairing him with Nwosu would create a fantastic edge duo. For about half the cost at $5M-$6M apy Samson Ebukam and Ogbonni Okoronkwo are also excellent fits for the Seahawks scheme. They are similar players to Ngakoue, a little stouter in the run game but not as good at pass rush. Marcus Davenport is a traditional 4-3 DE and might not fit well in the Seahawks scheme. He’s fast but with poor acceleration and bend, and will struggle in coverage assignments. He’s also had significant injuries in consecutive years. Brandon Graham, Robert Quinn, and Justin Houston are all complete players with pass rush ability, but aged well into their 30s. Lorenzo Carter and Anthony Nelson have the potential to excel in the scheme and would be great additions at the right price, somewhere around $4M apy.

This draft class does not include a generational talent at the outside linebacker/edge position, even the top end players have holes in their games or physical abilities. That being said, the class is loaded with Top 100 talent and starter level players can be found early into day 3 of the draft. The strength of the class is in its large bodied athletes, which is exactly what the Seahawks need to shore up this position group. The quality of this draft class will allow the Seahawks to fill all of their outside linebacker/edge holes without having to spend big in free agency.

After watching each of these players I have designated them into 3 categories based on where they would fit in the Seahawks scheme: 3-Down, which means they can start at the NFL level playing all 3 downs. These players can set the edge and rush the passer well, while also being decent dropping in short zone coverage; 2-Down, means they are best suited for early downs and base defensive formations. These players can set the edge and are stout in the run game while still offering some penetration with their pass rush. They don’t quite possess the finishing ability in their pass rush, nor the coverage ability, to stay in the game on passing downs; Pass Rushers are pass rush specialists who can come in on passing downs to get to the quarterback, but can be a liability in the run game. These players have all the tools to put up double-digit sacks with the right development. The draft round projections are the earliest pick that I would draft them if I was Pete Carroll or John Schneider (I maybe have as much football knowledge as a hair on their heads, so take it for what it is.). NOTE: It is very early. The projections may change after the bowls, combine, and pro days.

Based on Pete Carroll’s end of season press conference comments about needing elite players on the front seven to have an elite defense, paired with the fact there is just two of them available in free agency (Payne, Ngakoue), it seems clear the Seahawks will be looking to go front 7 impact players early in the draft. Yes, as is every other team, but this should limit Seattle’s temptation to go to other positions early. I don’t have any players rated in the Top 5 in this position group. Will Anderson is a beautifully technical football player and strong. He will have a long career in the NFL as a starter, but I don’t see any elite physical traits that will allow him to dominate or become elite at the NFL level. Schneider almost always picks players later than my projection, so, the #5 pick probably won’t be used on an edge player. Good news, there will be a load of talented players available at #20 and likely again at #37 that can really get after the quarterback.

The Seahawks need an elite edge rusher that can consistently get after the quarterback and wreak havoc in the backfield in the run game. These players need elite quickness and acceleration paired with strong hands and violent aggression, they’re hard to find. The players that I have best meeting this criteria are Brenton Cox Jr, BJ Ojulari, Derick Hall, Isaiah McGuire, and Robert Beal Jr. Pairing one of these names with Nwosu could be a lethal 3-4 edge combination. DJ Johnson out of Oregon is a day 3 name that has the physical traits to be a steal of the draft. Cox Jr was my favorite to watch with Hall being a close 2nd, it appears they can do everything required of the position at a high level. One thing is certain, the Hawks have to go big in this draft trying to add legit pass rushers.

The Seahawks also need to add an edge setter to this position group for a well-rounded early down rotation and keep legs fresh into the 4th quarter. Some players that possess a large frame to dominate in the run game while still having pass rush upside are Jared Verse, Isaiah Foskey, Bralen Trice, and Ali Gaye. All would be great fits as the new Bruce Irvin, the current version of Bruce that is. Isaiah Foskey is relentless and Ali Gaye looks like he could develop into a double-digit sack guy.

As Schneider always does, he will attack this position group from all angles. He’ll likely add a top 50 and a day 3 pick from the draft, then add a legit UDFA and a low-cost veteran deal after the draft. They need to hit big on at least one. 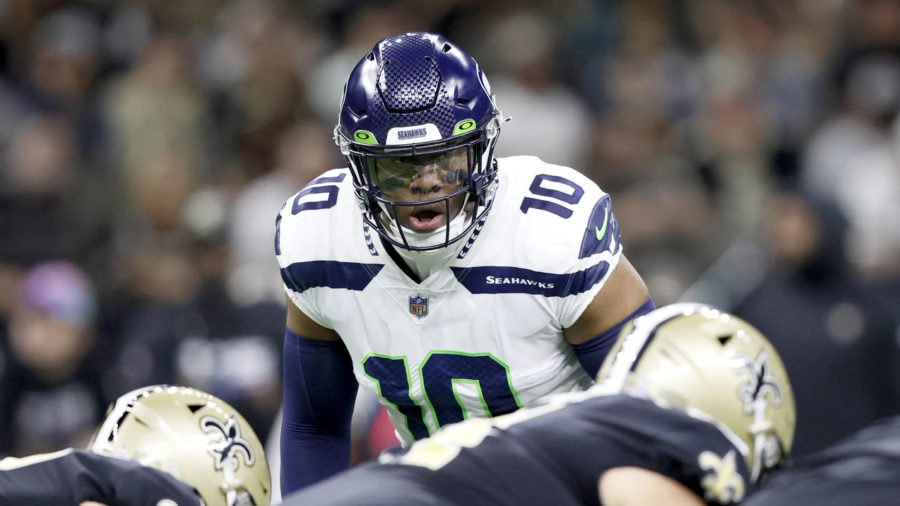