The offense is explosive, and that's probably the most important thing an offense can be. But, it's still searching for rhythm.

Around these parts, if you wait until the Wednesday after a big win to work up a post, you're stuck picking at a carcass that's been pretty well stripped. Most all the juicy stuff has been said, either by the authors or by you all in the comments. So, I'll offer a couple brief insights focused on the offensive line and the quarterback.

Not much analysis here. Guys are missing blocks. A lot of that is timing, and I anticipate that will improve. Guys are a quarter- or a half-beat late at the snap on runs. As a result they are getting turned parallel to the sideline because defenders are beating them to the spot. In pass pro, sometimes they are getting a little narrow at the base, opening themselves up to power and speed. In the photos below, you will see LG, James Carpenter (circled) come out of his stance slowly, and be forced to turn his shoulders nearly parallel to the sideline. 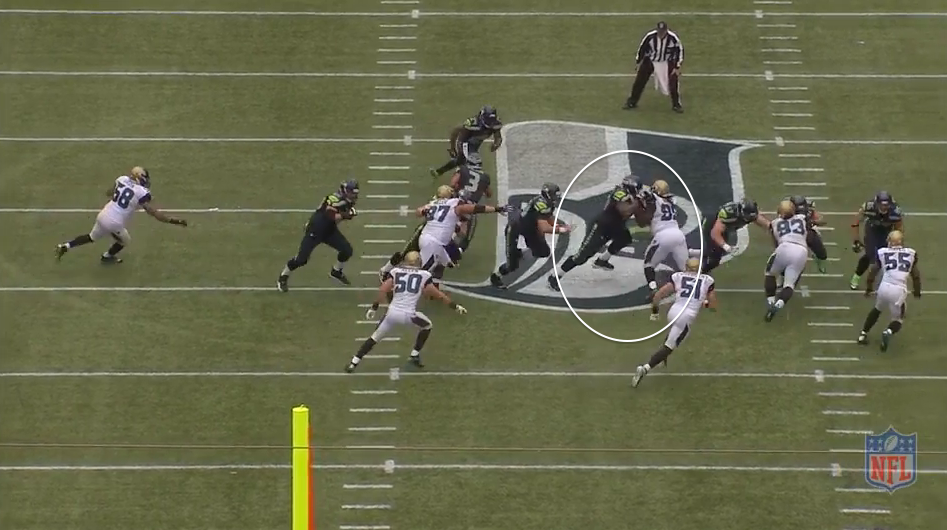 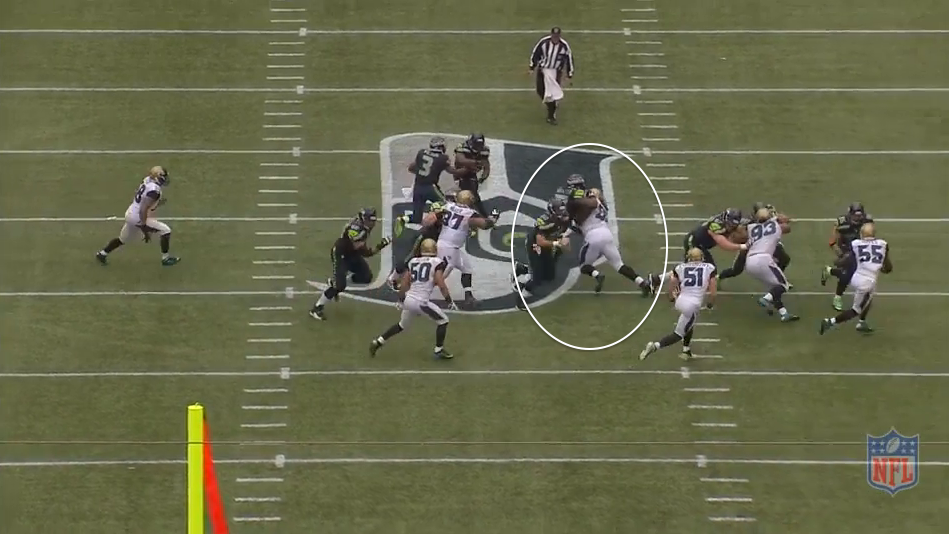 Not shockingly, his assignment gets penetration into the backfield. Although Lynch is able to avoid Carpenter's defender and the crashing linebacker to pick up the first down and more, penetration is kryptonite to a zone blocking scheme.

Now, Carpenter is easy to pick on, but all the linemen are making these mistakes. The result is in a running game that is a bit boom-and-bust right now. To the naked eye the pass blocking has been better overall, though Max Unger getting walked back into the quarterback is becoming a semi-frequent, and disturbing, trend. I'm not worried, though. Not yet. To my untrained eye the mistakes still appear to be random.

Quarterback: Maybe You Could Vary the Snap Count A Bit, Eh?

There are a few little tricks of the trade that need to become bigger parts of Russell Wilson's game. Re-watching the game via NFL.com's Game Rewind "condensed" broadcast is useful for assessing snap count variance. I know that others have speculated that Wilson possibly "tips" snap counts. Well, if this game is any indication then "tipping" might be a more complex explanation than what Wilson actually does.

He scarcely varies his snap sequence or cadence at all, at least not on the first several drives, and that clearly allowed defenders to anticipate the snap. On several plays, as illustrated below, Jaguars defensive linemen are already moving at the snap. 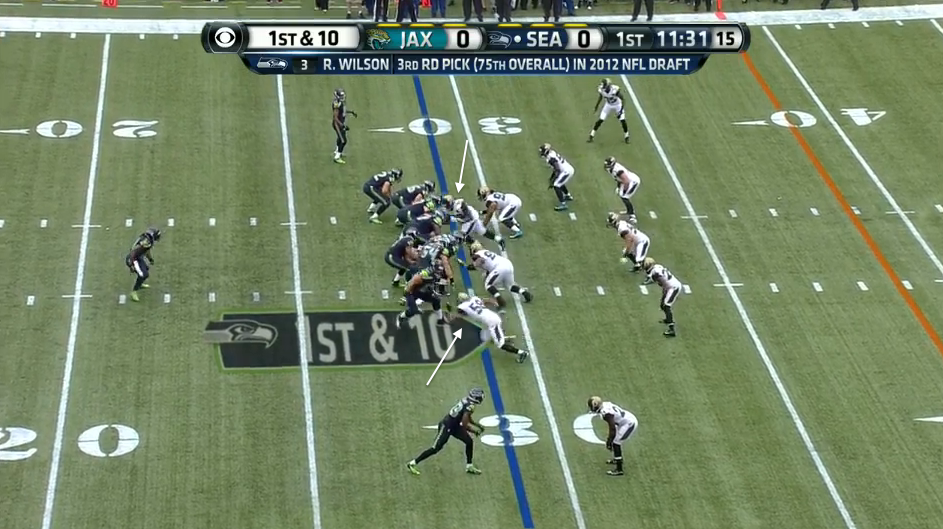 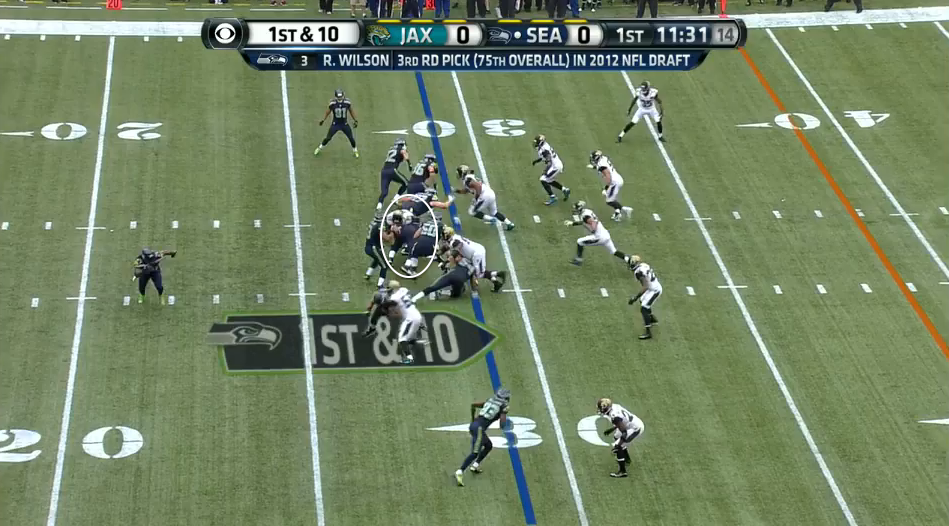 In the play above you can see that, once again, Carpenter is clearly beat. Only this time it's really not his fault. Note that Wilson has only just received the snap and the defender is already effectively past Carpenter. Wilson's snap sequence to that point was so rote --dare I say, robotic-- that the defender easily anticipates the snap count and times it up. Jacksonville did that a lot on the day. Notice that the other down lineman haven't gotten anything like that kind of jump. Carpenter never really had a chance. Luckily, that was the early quick screen to Golden Tate that went for a first down. Still, penetration kills drives and Jacksonville was able to get it pretty consistently.