You gotta get up pretty early in the morning to fool Richard Sherman.

Share All sharing options for: Attacking the Best Corner in Football: Richard Sherman vs Keenan Allen

On their opening drive, the Chargers dialed up back-to-back plays designed, at least in part, to attack Richard Sherman. Let's see what happens when you try the best corner in football.

The first play in the sequence comes on 2nd and 10 from Seattle's 25. Here is the play design: 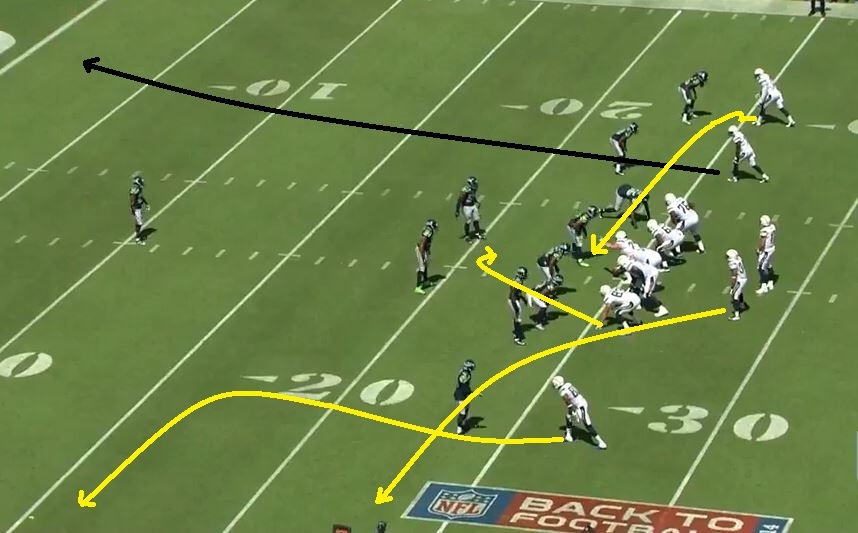 San Diego lines up in 11 personnel, with the outside receiver to Rivers' left lined up in the slot. Seattle is running their cover 1 robber defense. Burley gets badly beat, and Seattle is only saved by what looks like a miscommunication between Royal and Rivers.

Here's how it looked.

You can see that Burley isn't the only one who was beat. After a little shimmy shake from Allen, Sherman bails and plays for outside contain. As he does this, Allen breaks in and is wide open on a crossing route. Sherman's play here is basically identical to the play later in the game where Allen beats him on a slant:

It's a little concerning to see Sherman fooled like this multiple times in a game, especially in man coverage, but it should be something he can correct with film study.

On the next play, it's now 3rd and 10 with the Chargers still on Seattle's 25. Here's the play design: 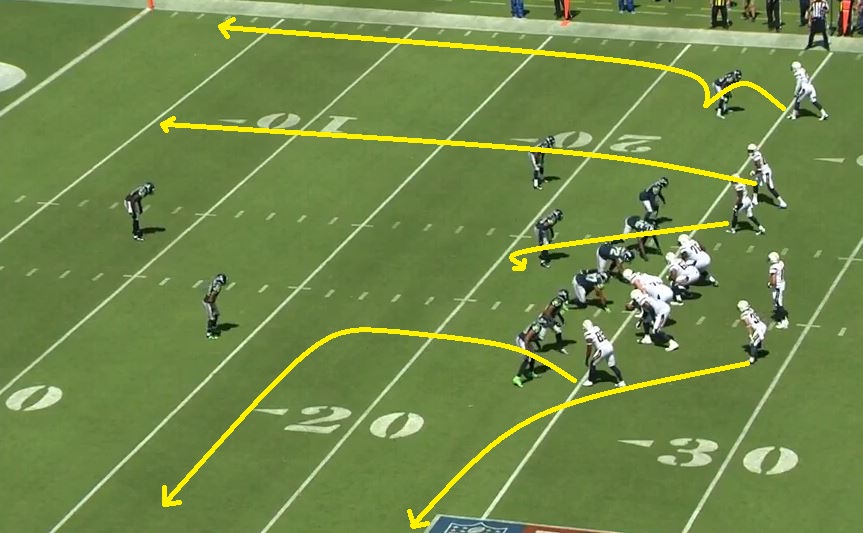 San Diego comes out in 11 personnel, trips right, and run the exact same play with one exception. Allen works to sell the route he ran on the previous play, but it's a trap.

Keenan Allen runs a double move, and it's a thing of beauty. Allen is able to break out, fight off the press, sell the cut to the inside and then drop a little juke move that has him back outside the corner and streaking to the end zone. It's a spectacular play by Allen, but there's one problem.

Sherm is putting on a clinic here with his footwork, and he's able to stay in Allen's hip pocket the whole way through. He jams, his hips flip out, they flip in, and just when you think he's beat he gets those hips turned back outside and trails Allen down the sideline. Rivers is left to stare down a covered receiver before eating a sack by Michael Bennett.

When we talk about why Richard Sherman is the best corner in football, this is why.