SAN DIEGO: Kneel, and look upon the iconography of your conquers.

Share All sharing options for: Seahawks Preseason Week 1: The Thuperchargers

As always, I encourage everybody to add their own pictures, comments, and observations. As long as they do not suck. This is the proper forum for you guys to FINALLY let your hair down, and be yourselves on the Field Gulls board. We are free from Danny's harsh and restrictive lash, let's burn this mother down and post a bunch of SWEET .jiffs! 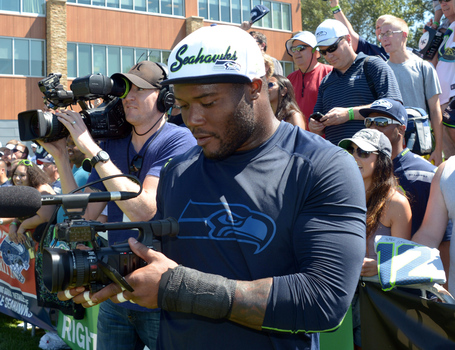 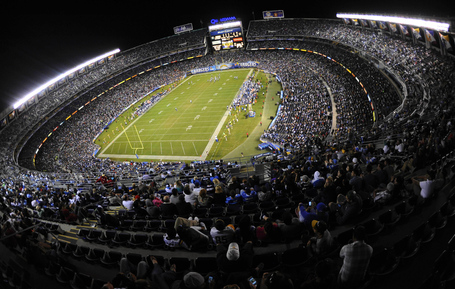 2. Here we are, at the scene of the crime: God's Toilet Bowl. 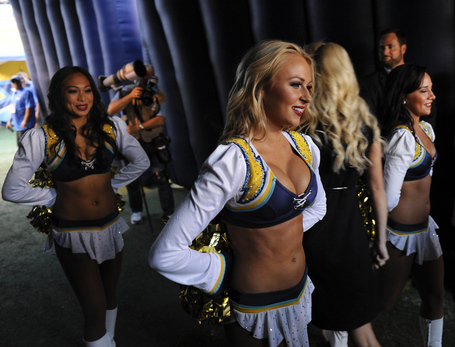 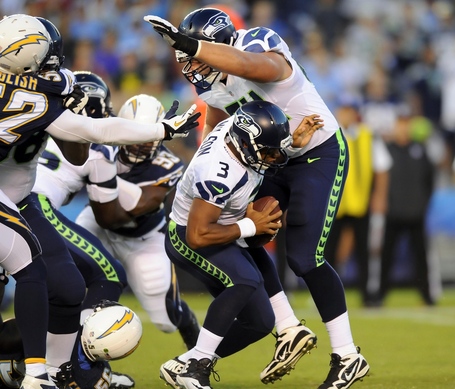 4. With a mighty heave of this left arm, Russell sends Sweezy flying out of danger's path, surely saving his life. 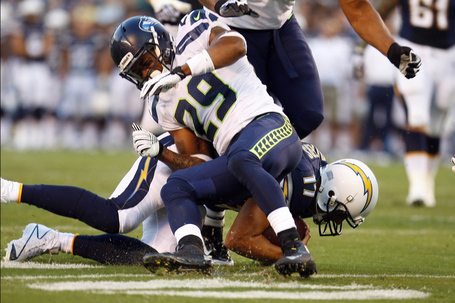 5. Ass Tackles are the wave of the future, people. They have been proven to cause more fumbles: 95% of the time it works every time. 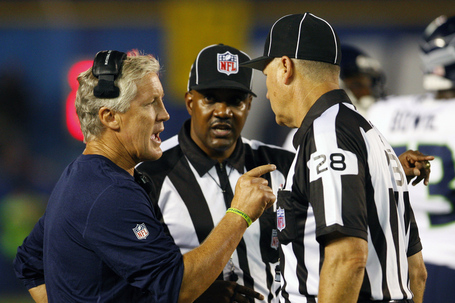 6. "Now you listen to me, Turkey Neck. 'Shutter Island' was leaps and bounds a better film than 'Inception", and you can put that baby to bed!" 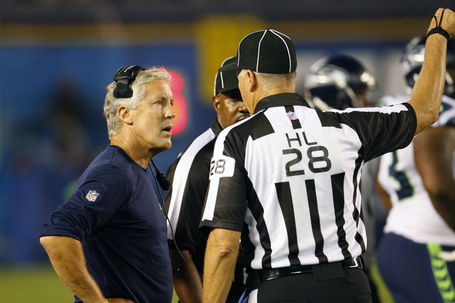 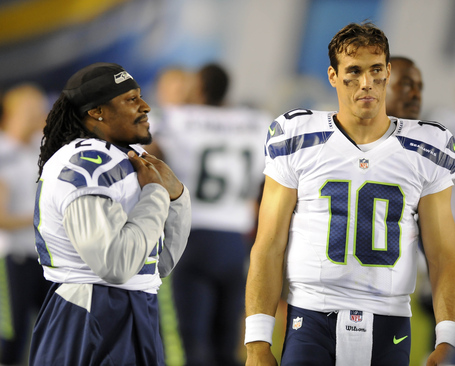 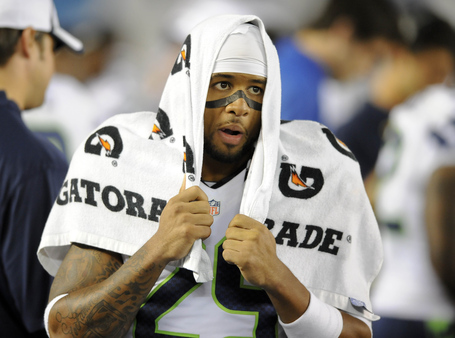 9. Earl attempts to recreate the feeling of his lost dreads (and subsequent loss of potency). 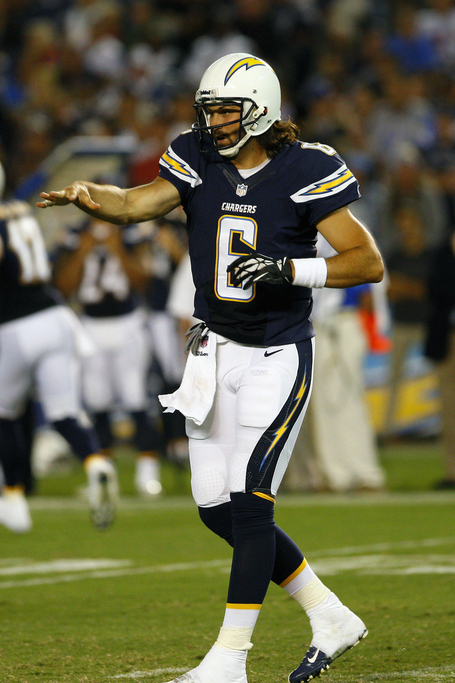 10. As Charlie waited for the "real cool cat" to give him some "skin" and "Rap with him" about the "Offense", he briefly reflected upon his life; his choices and his attitude. He was thus unable to avoid an erection, making his conversation with Russell even more awkward. 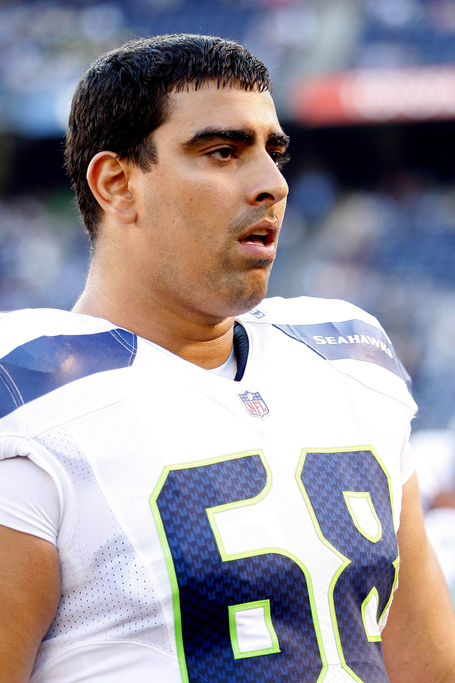 11. "BUT ME NO DUN PLAY FOOTBALL" The Giant said, his slack mouth gaping in obvious rage. 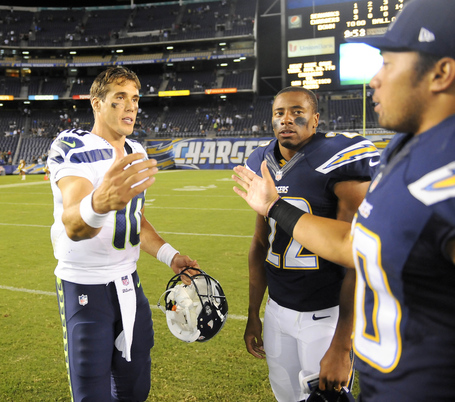 12. "There you go Brady, hold her chin and I'll support her back. Derek, you begin the Heimlich. We need to save her!" (mailed it in) 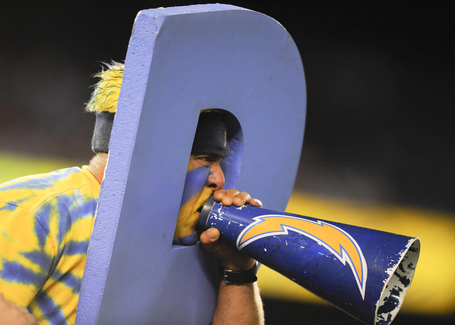 13. Terrence had always considered himself able to handle "Tha D". It was only after the game, as he was leaving the stadium bowlegged and unstable, that he realized how inimitable the 'Hawks' D truly was 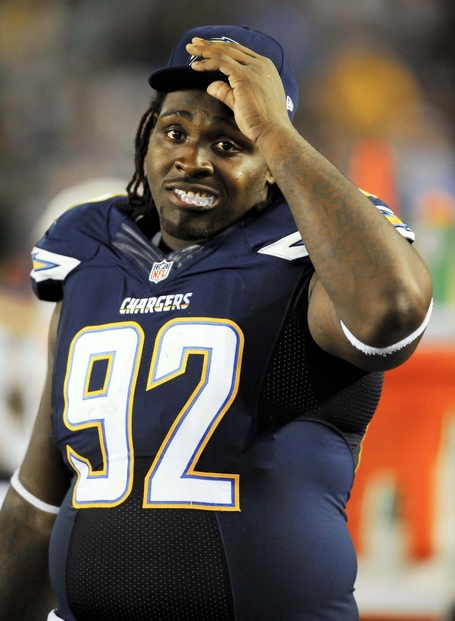 14. Cam Thomas stares longingly as the Seahawks bus pulls away into the lonely night. Don't cry over what you lost, Cam. Smile for what you had. 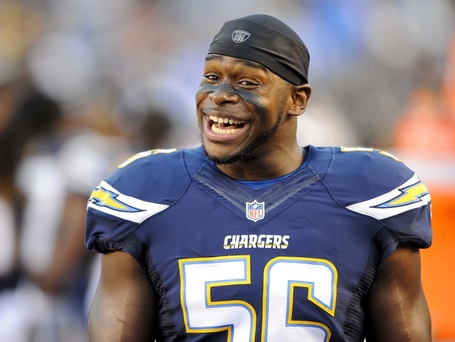 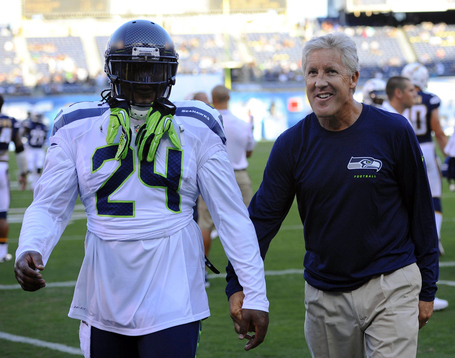 16. And with the Chargers safely placed in their beds, Beauty ampersand The Beast strolled into the great unknown; already plotting the destruction of the [REDACTED].