A singular statistic to allow comparison of college defensive players, within and without all position groups, to aid in evaluating draft potential.

When we want to look at offensive players’ production, be it rusher/receiver/quarterback, we basically only need to look at three stats: touches (carries/catches/throws), yards, and touchdowns. This simplicity also makes it pretty simple to compare players both within and without their position categories. Hell, anyone who has played in a PPR fantasy football league has basically seen a formula for offensive players (a point for a reception, a point per 10 yards, six points per TD…or whatever variation). This allows us to judge if Marshawn Lynch is more or less productive than Andre Johnson. And if you’ve played in a FFB league that uses an Individual Defensive Players, my defensive production formula isn’t that different from how IDP’s are scored.

I took all of the basic, tangible categories in which college players can be tracked, weighted each category based on importance to me (turnovers being weighted the highest, QB hurries being ignored completely, etc), sorted by position group, and adjusted all players to a standardized 13-game season. It’s not exact… many players we can take on their actual 13-game stats, many we’re projecting stats for a game or two (sometimes more). By no means is it scripture. It’s just an additional tool to evaluate players. It’s not even the most important tool for evaluating players. Eye-test still trumps all. In fact, many of the guys that eye-test the highest, scored quite low on production.

For each defensive position group (CB, DE, DT, LB, S) I would pick out about a dozen players to calculate. I’d look for the guys with high draft projections, guys with obvious standout production in one or two major categories, and then I’d run through the numbers for the last college season of current Seahawk players. This gives us baseline references of what numbers could be expected of the supposedly elite, and then an expectation of baseline production for players the Hawk front office have deemed, and could deem again, draftable. A couple notes on position groups: linebackers score the highest on average, followed by defensive ends, safeties, defensive tackles, and lastly cornerbacks.

The low score for CB is a bit misleading as, even in college, the best CB can have huge impact simply by being on the field, and encouraging the opposing QB to NOT throw at his side of the field. As a result, highly touted guys like Johnthan Banks, Dee Milliner, and Xavier Rhodes (all have 1st or 2nd round projections, but scored 57.5, 64.0, and 39.5 respectively) end up with half the production stats as other corners.

Compare that to the top-scoring CB (of those I tested); Rutgers’ Logan Ryan, with an exceptional 86.0. For Hawks references: Richard Sherman-54.0, Byron Maxwell-46.5. Of the corners I mentioned in my previous mock draft, Sr Leon McFadden scored a 58.5 and Jr Ross Cockrell (not expected to declare for the draft) finished with a 74.5. One name that I ran on a whim, was a CB that only played in 9 games this year, but scored a real 56.5 and a projected 81.6. That would be Houston’s D.J. Hayden and his projected score would rank 2nd amongst corners. May need to find some tape on him. 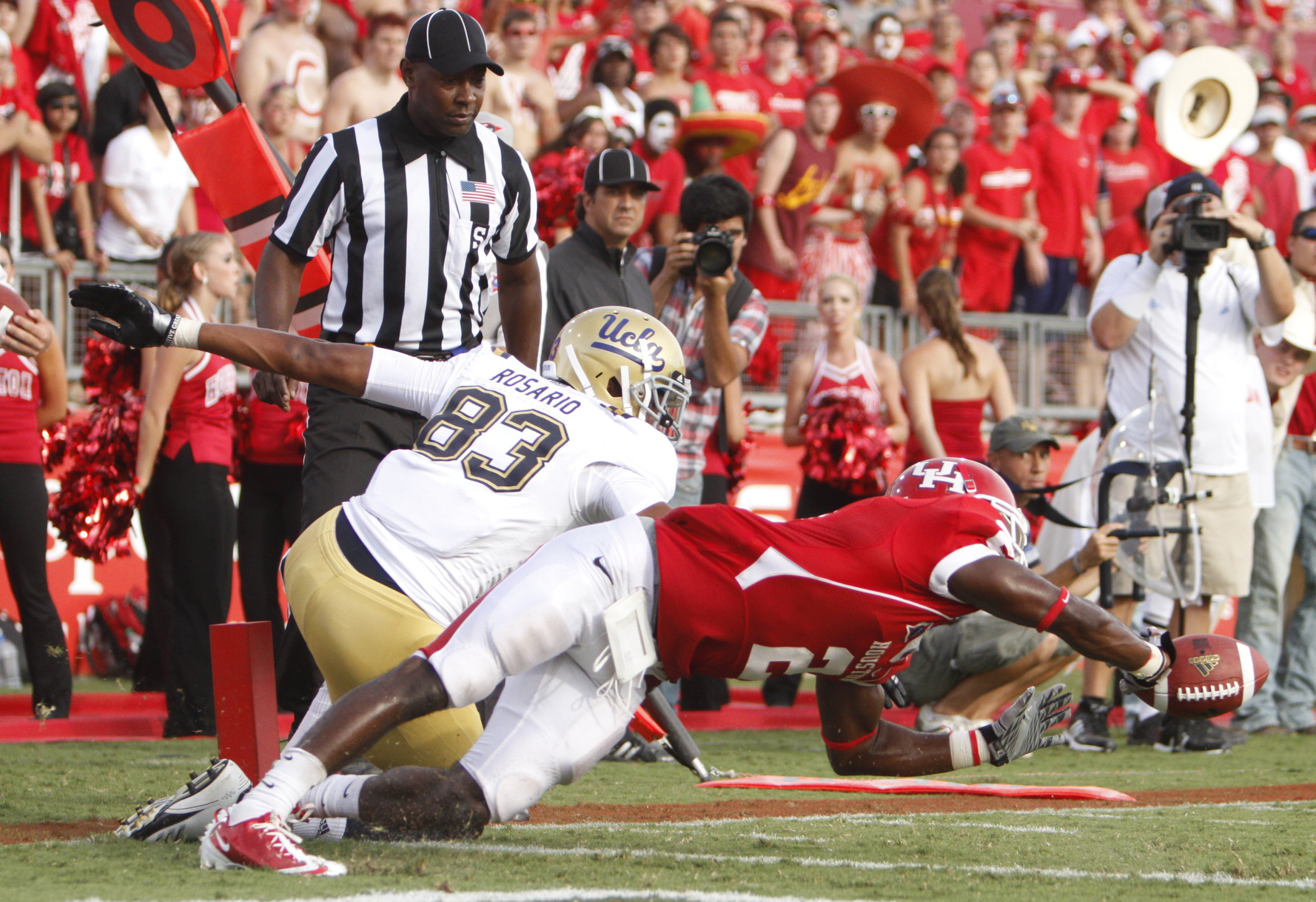 Of the two defensive positions that may now be of highest need for the Hawks in the draft (DE and DT), some of the highest scorers will not even be in the draft. My favorite DT, ASU’s Will Sutton, announced this week that he was staying in school for his senior year, but his junior season was worth 100.2 pts. His highest competition came from the Div II player, Brandon Williams, who put up 99.3 against lower-level competition. The highly projected Sharif Floyd and Sylvester Williams both scored the exact same: 52.0. Hawks’ 2012 draft-pick Jaye Howard earned a 54.5 coming out of Florida last year.

Howard was the Hawks’ second 4th-round pick (after Robert Turbin), and one might assume that he scored much lower than the Hawks’ 1st-round pick; Bruce Irvin. Incorrect. Bruce, actually, only scored a 58.0. That would put him 12th out of 16 DE’s that I calculated for 2013. It really shows how the Hawks don’t grade players the same as the rest of the league, and can often put greater weight on specific skills/stats/measurables. It’s worth noting that some of this year’s projected 1st-round DE scored in and around Bruce’s score: Bjoern Werner-63.1, Dion Jordan-57.4, and Sam Montgomery-52.5.

South Carolina’s sophomore Jadeveon Clowney cannot enter the draft this year. He posted a true 85.0 (in 12 games), with a projected 92.1!! But that wasn’t the highest score for DE’s. That honor belongs to a guy from a smaller school that played a bit of a DE/OLB hybrid. Jamie Collins from Southern Mississippi put up big numbers in tackles AND sacks (and yet, he had terrible film), and they combined to give him a score of 111.6. But that wasn’t the overall high score. In fact, a handful of players scored more than Collins, and all came from the same position group.

The individual player that I found to have the single most-productive defensive season in 2012 came from the LB corps, in the form of Houston’s Phillip Steward. Steward put up 139.8 pts, and did it with solid numbers of tackles and sacks, but more-so by picking 3 passes and forcing 5 fumbles. Turnovers are huge.

The rest of the LB top-5 is filled with more household-ish names: Jarvis Jones-128.4, Khaseem Greene-121.0, and Alec Ogletree-116.4. The 100-pt plateau seems more relevant for linebackers as those three are all projecting 1st-2nd round, which was also the place Seattle took its own 100+ scorer; Bobby Wagner (102.5). Quality LB’s can still be found in later rounds, at lower scores (KJ Wright-5th round-77.0), so look at guys like Gerald Hodges (94.8) or Sio Moore (84.5) as possible 3rd-4th round options. This may also suggest that Arthur Brown and his 74.0 score should drop him from 2nd to the 5th.

The group I looked at the least was the safeties. Bam Bam and ET are so locked in to their spots, and even as improvements to the safety depth-chart, I wouldn’t guess the Hawks look at any of the guys in the first four rounds. But I still ran a couple top-end names just to see.

Fresno S Phillip Thomas led the country in INT (8), so I ran his number and came out with a pretty ridiculous 107.0. Second-highest was that sleeper to play the in-the-box S/LB role that Winston Guy was drafted for; Marshall’s Dominick Legrande at 93.2. Interestingly, safety turned out to be a position without extreme scorers (high or low). LB, DE, DT all show a roughly 70-pt discrepancy between highest and lowest tested, but S didn’t show any players lower than a 63.0 (actually, Kam Chancellor scored 50…but none of the 2013 guys were under 63). 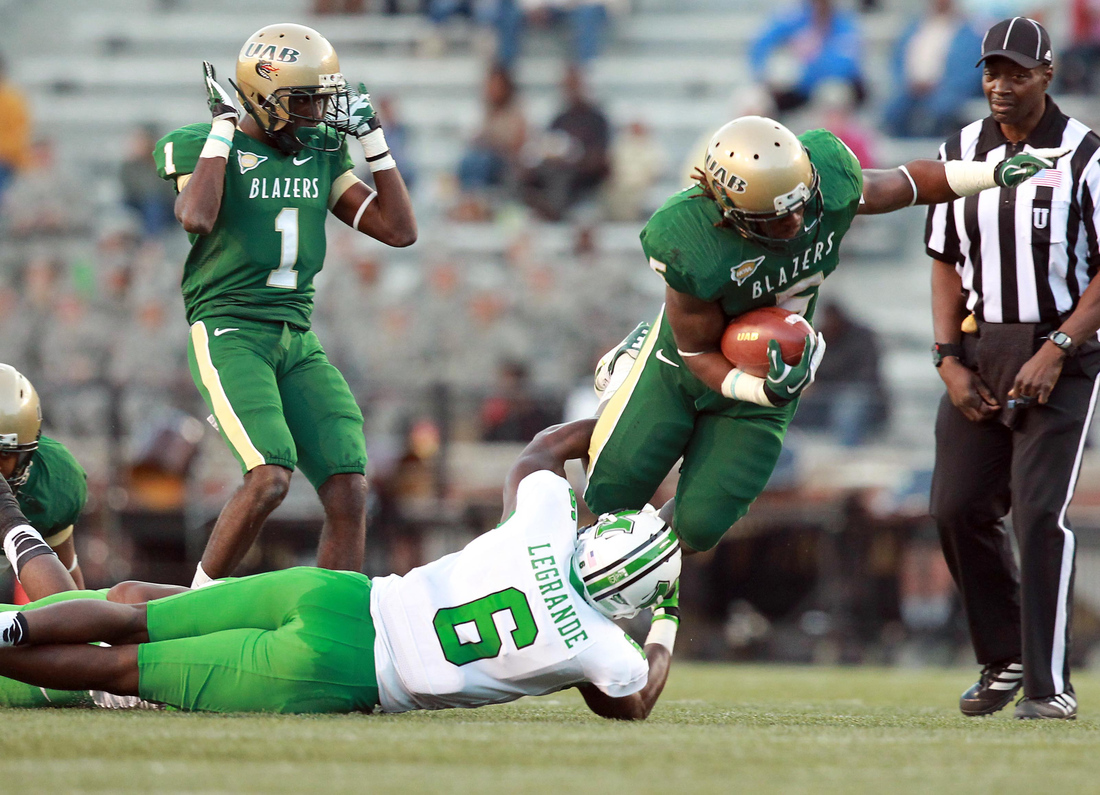 Does this mean that day-three prospects Duke Williams (84.5), Johnathan Cyprien (79.6), and/or Shamarko Thomas (64.5), have higher upside than Kam? No. But they did have better college seasons than him (and a couple were better than Earl’s 72.0). Things to consider.

Now I’d like to open this up to you, the reader…if there is a defensive player you’re particularly high on (or have questions about), drop his name in the comments section or send to me on Twitter (@jaredstanger), and I’ll run him through the equation and see where his production ranks. Just leave me his name and school and I'll reply with his score.